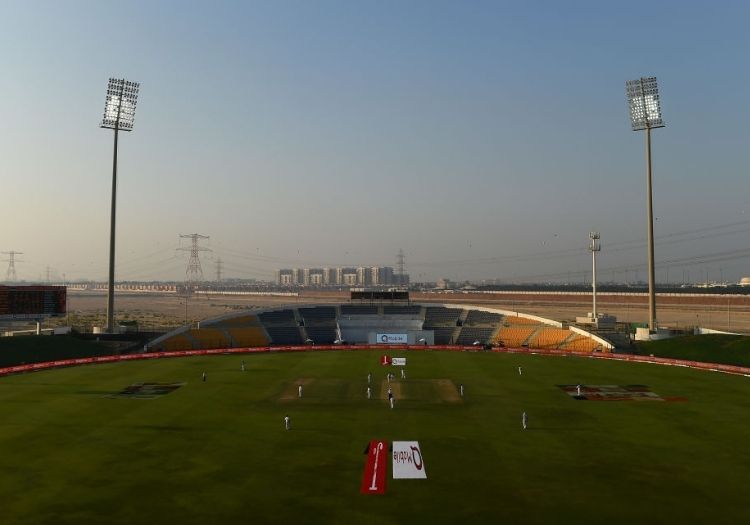 The Sheikh Zayed Cricket Stadium, based in Abu Dhabi, is no stranger to hosting big T20 matches, and is set to stage plenty more in the 2021 T20 World Cup, including Super 12 fixtures and a semi-final.

Featuring a large stand at each end – the North End and the Pavilion End – and grassy banks square of the wicket, the Sheikh Zayed ground can seat up to 20,000 spectators.

The venue boasts floodlights, and while it does not have a pavilion as such, there are large air-conditioned changing rooms built into the stands.

The Sheikh Zayed Stadium has hosted international cricket since 2006, when India faced Pakistan in an ODI.

Pakistan have used the ground as a home away from home, hosting Australia, England, West Indies, New Zealand and South Africa in Abu Dhabi when unrest at home made playing off-shore a necessity.

The first T20I to be staged there came four years later in 2010 as part of the World Twenty20 Qualifier tournament, featuring Afghanistan and Scotland.

It has become a regular sight on the T20 circuit, and will be a very familiar stomping ground for the vast majority of players involved with the competition.

Nobody has made more T20I runs in Abu Dhabi than Ireland’s Paul Stirling, who has smashed 315 from his nine games at the venue.

With the ball, Oman’s Bilal Khan leads the way, having taken 19 wickets from just 12 matches at the Sheikh Zayed at an economy rate of under seven and an average of 15.10.

Afghanistan’s Rahmanullah Gurbaz confirmed his status as a opening batter of serious intent when his hyper-aggressive 87 off 45 ripped Zimbabwe apart in Abu Dhabi in 2021.

Three bowlers, including Richard Ngarava and Donald Tiripano, were pummelled for over 10 runs an over, as Gurbaz blasted 13 boundaries, including seven sixes, to see his side home by a comfortable 48 run margin.

Aged just 19, the innings marked Gurbaz’s name as one to watch: there can’t be many T20 buffs who are unaware of his remarkable boundary hitting talent after his knock at the Sheik Zayed ground.

In the recently concluded IPL, the Abu Dhabi track arguably held up the best out of the bunch. After a slow start, the pitch notably improved in terms of carry and bounce, with the ball coming onto the timber much more favourably for the batting side.

Expect to see the tournament’s highest scoring matches taking place here: with an average score of 165, the Sheikh Zayed Stadium will likely be beneficial to pace-hitting batters.