Key players, rising stars, batting and bowling analysis, chances, squad, fixtures and much more in our in-depth look at Afghanistan 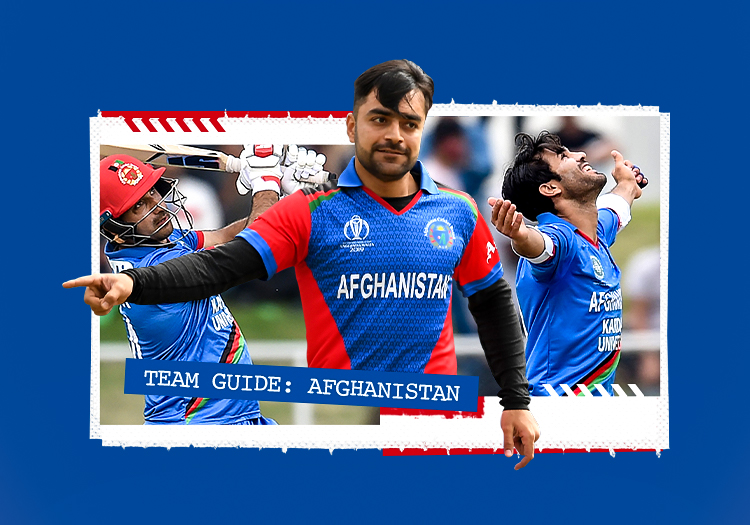 Lance Klusener: The South African has always been remembered for the calamitous piece of running between himself and Allan Donald in the semi-final of the 1999 World Cup.

However, in truth, he was one of the great allrounders of the white-ball game. Leading Afghanistan for the first time a T20 World Cup, Klusener will be hoping to turn a few heads with his squad of rising stars and white-ball veterans.

Mohammad Nabi: At 36 years old, Nabi is the oldest living person to have represented Afghanistan in international cricket. The veteran allrounder inherits the captains armband from Rashid Khan, who controversially stepped down from the role following the announcement of Afghanistan’s World Cup squad.

However, this is not Nabi’s first rodeo as he led the national side during the 2014 edition of the tournament in Bangladesh. Having represented a number of teams in franchise cricket around the globe, Nabi will provide a calm head and a wealth of experience as skipper. And all that before you consider his talents with bat and ball.

Rashid Khan: Khan, ranked fifth on the T20 Player Index, is not just a superstar of Afghanistan cricket, but a bonified superstar of the T20 game period. He is often the MVP of T20 leagues around the globe and was the first draft pick in The Hundred. He bowls leg-spin with more pace and control than anyone on the white-ball circuit, his googly is well disguised and turns sharply between bat and pad, he’s a nifty finisher with the bat, and also a gun fielder. Afghanistan’s triple-threat.

Mujeeb Ur Rahman: Mujeeb is another bowler who has come along on the conveyer belt of young Afghanistan spinners. A mystery spinner to Khan’s leg spin, Mujeeb is traditionally an off-spin bowler but uses subtle changes in wrist and finger position to bowl his mass of variations. At the age of 20, he has dominated in franchise leagues around the world and heads into the World Cup with 150 T20 matches and 165 wickets to his name.

Hashmatullah Shahidi: A regular on the ODI circuit, Shahidi had a wonderful 2019 Cricket World Cup, scoring 198 runs, before kicking on to become the first and only Afghan cricketer to score a Test match double-hundred. He has only made a handful of T20I appearances, often batting very low down the order, but has a strong average of 39.19 in domestic T20s. If used well, he could be one of the breakout stars of the tournament. 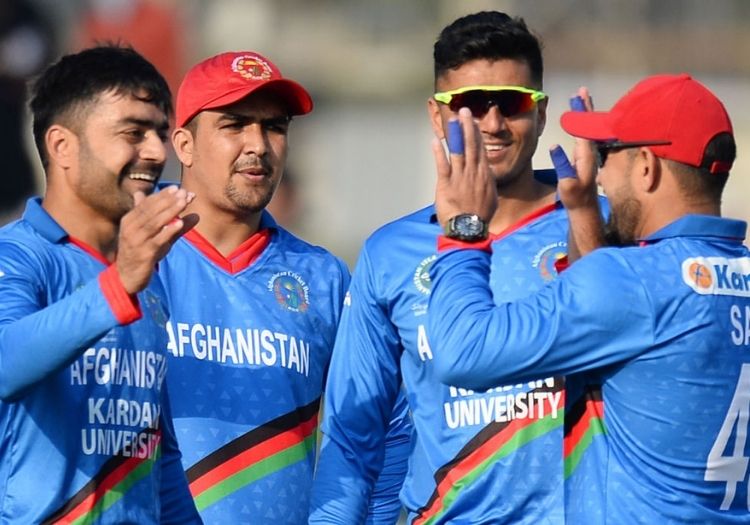 Qais Ahmad announced his arrival onto the world stage as a 19-year-old in the 2019-20 edition of Australia’s Big Bash League, taking 4 for 5 for Hobart Hurricanes against Sydney Sixers.

Since then, the spinner has enjoyed successful stints in T20 leagues across the globe, most recently winning the T20 Blast with Kent Spitfires. He has only made one T20I appearance prior to the 2021 World Cup, recording figures off 3 for 25 on debut against Ireland in 2020.

Historically, Mohammad Shahzad was Afghanistan’s go-to big-hitter. A seasoned opener, the wicketkeeper-batter has a T20I strike rate of 134.81 from his 65 caps and 13 50-plus knocks to his name, showcasing his ability to go really big.

However, the 34-year-old hasn’t made an international appearance in any format since June 2019.

Instead, Afghanistan have a host of exciting youthful options, including 19-year-old wicketkeeper Rahmanullah Gurbaz and 23-year-old Hazratullah Zazai, both of whom have T20I strike rates in excess of 140 from their brief international careers, and 24-year-old Usman Ghani.

Asghar Afghan is the embodiment of a rock, an immovable presence both in an innings and the Afghanistan team. The 33-year-old, who has enjoyed two stints as Afghanistan’s skipper, occupies the No.3 spot well, rarely exceeding a strike rate of 120 but succeeding in frustrating bowling attacks around the world.

The veteran, who enters the World Cup with 72 caps to his name, is the perfect person to chaperone Afghanistan’s youthfully exuberant top-order talents. Understated and undervalued.

Mohammad Nabi is a wonderful all-round cricketer and extremely clean hitter of a cricket ball. He is not synonymous with manufacturing large totals but is known for his ability to finish off an innings.

With movement around the crease and naturally elastic wrists, he is able to get under the ball, create incredible elevation and clear the boundary with alarming ease. Add to that his 80-plus caps and 300-plus career T20 appearances and you have go-to guy in a time of batting crisis.

Afghanistan are lacking an experienced batter in the mould of Rohit Sharma or Jos Buttler. In Gurbaz, Zazai and co, they have free-hitting youngsters while Afghan, Nabi and Shahzad are veteran campaigners with experience in abundance.

However, there can be no denying that the elderly trios powers are waning and the biggest concern for Afghanistan is what happens if the young guns fail to fire and Nabi and Afghan are left to bat more than a couple of overs together? Afghanistan’s bowlers might find themselves tasked with defending some low totals. 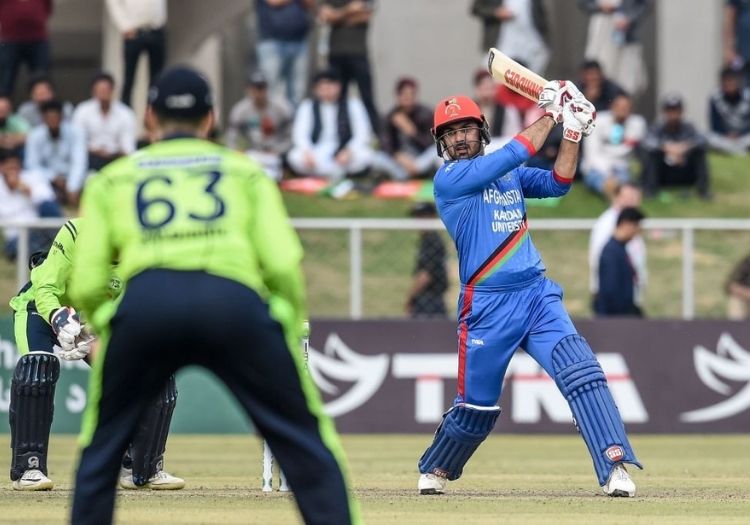 Shapoor Zadran is the fourth-most successful T20 bowler in Afghanistan’s history and is capable of both swinging the new ball and bowling accurate yorkers.

Expect him to come into the attack at the end of the powerplay while left-arm fast bowler Fareed Ahmad, who replaced Dawlat Zadran in the main squad, will likely take a couple of powerplay overs. New kid on the block Naveen ul Haq, however, is Afghanistan’s best seamer. The leading wicket-taker in the 2021 T20 Blast with 26 wickets, the 22-year-old regularly reaches speeds above 135kph. The only concern is his inexperience.

Variation is where this team excels.

As mentioned, Afghanistan has three of the best young spinners in world cricket at their disposal. Rashid and Ahmad complement each other, with the first being a rapid, marvel of leg-spin bowling, and the latter choosing to take the pace of the ball and entice batsmen into playing false strokes with flight and guile.

Meanwhile, in Mujeeb, they have the perfect foil as he is able to bowl some incredibly important powerplay overs. To have a spinner who is confident in bowling during the first six is a rarity and allows the Afghans to hold back their leg-spinning duo for later in the innings.

Afghanistan’s spin attack is out of this world, but the same cannot be said for their pace options. Unfortunately, unlike many of their rivals they cannot fall back on six to 10 overs of hostile pace and may find themselves over-reliant on the inexperienced Naveen at crucial moments. How Nabi manages his bowlers will be crucial to Afghanistan’s success. 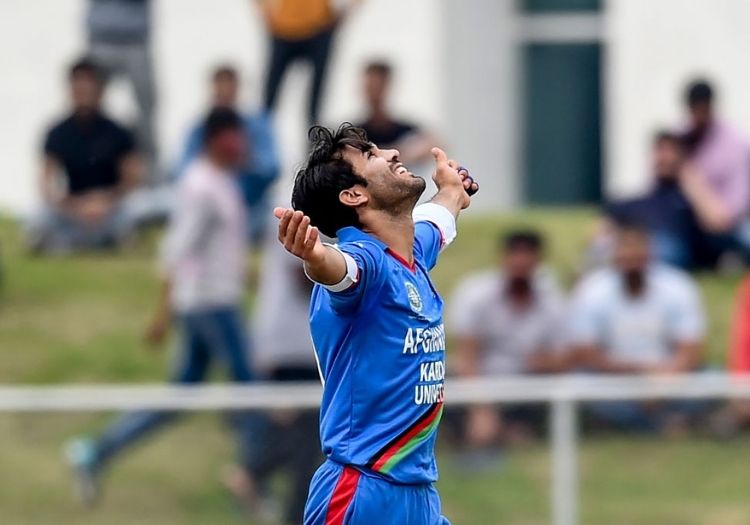 Watch out for the variations of Qais Ahmad

Rashid Khan is Afghanistan’s star bowler, destructive lower-order batsman, and absolute dynamite fielder. He is often found patrolling the boundary with his immaculate pick-up and bullet arm. Though he is known to drop the odd catch or two, he is also capable of pulling off some absolute scintillating efforts when gliding around the outfield.

Rahmanullah Gurbaz has usurped Mohammad Shahzad as Afghanistan’s No.1 gloveman. A talented wicketkeeper-batter and like-for-like swap with the veteran, Gurbaz heads into the World Cup with 24 catches and four stumpings in his T20 career. Not as experienced as his predecessor but an exciting prospect.