Key players, rising stars, batting and bowling analysis, chances, squad, fixtures and much more in our in-depth look at the Irish 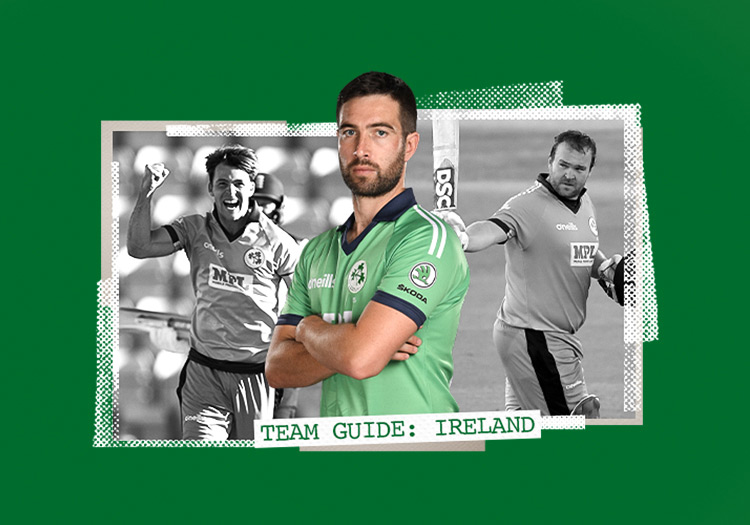 Graham Ford: Ford is one of the most well-respected coaches on the circuit and carries a wealth of experience into this year’s T20 World Cup – he was a runner-up in 2012 during the first of two stints as Sri Lanka’s head coach. The 60-year-old is in his fourth full year in charge of Ireland, having taken over at the end of 2017.

For this tournament, he has added two stalwarts of Irish cricket – former wicketkeeper Gary Wilson and long-time captain William Porterfield – to his backroom staff. Wilson was head coach of the North West Warriors team that won the Inter-Pro T20 trophy, while Porterfield, who is still playing, was his assistant.

Andy Balbirnie: Balbirnie has long-since established himself as Ireland’s captain following the resignation of Porterfield in November 2019. The circumstances of the pandemic have meant he has been the on-field leader less than he otherwise might have been: just 35 of his 139 international appearances have come as skipper.

It is difficult to read much into his early numbers in the role, though his batting average as T20I captain has been substantially lower than beforehand and he is yet to make a half century. As ODI skipper, on the other hand, he has made six scores above fifty in 20 innings since taking over.

Balbirnie sustained an injury to his foot in a loss to the UAE in Dubai in the build-up to the World Cup, but Ireland hope to have him available for their opening fixture.

Paul Stirling: Ireland’s gun opener comes into this tournament in pretty decent nick: in his last 10 innings across the last two months, he has passed 20 in all but two, including an unbeaten century against Zimbabwe in a 40-run T20I victory – a knock in which Stirling faced 75 balls, the second most recorded in an individual T20I innings behind Aaron Finch’s 172 against the same opposition.

That effort was a sign of a slight shift in Stirling’s gameplan that has seen him become an international batter of genuine class; in 2019, he became one of just 10 players ever to record ODI fifties in six consecutive matches, while he has averaged 48.4 – including three hundreds – in his last 15 50-over games for Ireland.

Stirling’s 748 T20I runs in 2019 is the second-biggest tally for any player in a calendar year, behind only Mohammad Rizwan. Only Virat Kohli has hit more fours in the format – and given Ireland’s participation in the initial group stage, Stirling will likely usurp the India captain.

Kevin O’Brien: Now 37 years of age and looking a likely partner for Stirling at the top of Ireland’s order, the one-time allrounder is now more of a specialist batter, but he remains an icon of Irish cricket.

O’Brien last took a wicket in a T20I in 2018 and has played 38 times in the format since the start of 2019, though he continues to be a major presence with the bat: since 2019, he has played exclusively as an opener, averaging significantly more than in any other position, while hitting at a far superior strike rate than when he was employed in the middle order.

His solitary T20I hundred – in a rout of Hong Kong – came conveniently in Oman in 2019. Intriguingly, no one in the world has recorded as many ducks in T20I history, but perhaps that quirk can be traced back to the fact that he has played in Ireland’s last 56 matches – only three players worldwide have enjoyed a longer streak in their national team.

Simi Singh: Very much Ireland’s first-choice spinner coming into this competition, the 34-year-old sits ahead of Andy McBrine in the pecking order, while George Dockrell has reinvented himself as a batter to forge his own re-entrance to the fold. He has claimed 28 wickets in T20Is; while only seven of them have come this year, his economy rate has been significantly lower than ever before at 6.03 runs per over.

Born in India, this has been a terrific year for the veteran, who in January became just the 20th man to hit a half century and take a five-wicket haul in the same ODI when he did so in a win over UAE. A few months later, he counterattacked from No.8 to make a hundred in a defeat against South Africa. 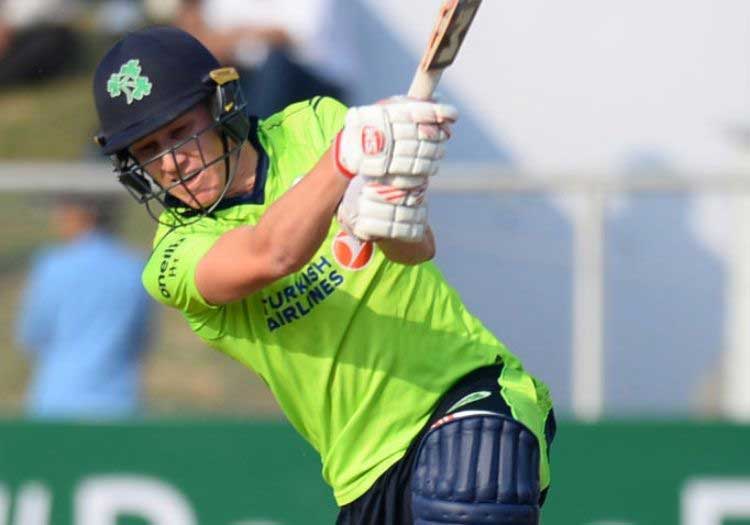 Curtis Campher: The 22-year-old allrounder announced himself on the international stage during Ireland’s ODI series defeat against England in 2020. Campher, South Africa-born and a former under-19 cricketer for the Proteas before committing his international future to Ireland through his grandmother, only made his T20I debut late in August against Zimbabwe.

He is yet to make a significant impact in the shortest format, making just 12 runs across his first two appearances, though he did take three wickets in a comfortable victory over UAE at the start of October. Campher underwent ankle surgery in May and returned to action only in July when he faced the country of his birth in an ODI series at Malahide – he made 54 in the third match of the series.

Paul Stirling: It is about time, but Stirling has finally been recognised across the franchise circuit: in the last 12 months, he has made appearances in the Lanka Premier League, Pakistan Super League, T20 Blast and in The Hundred.

His 115 against Zimbabwe was just his second T20 century, his first since 2018 when – in a remarkable game – he smashed 109 for Middlesex against Surrey and still ended up on the losing side. There will be few more popular players at this year’s tournament; he is due to team up with Chris Gayle and Liam Livingstone afterwards at Team Abu Dhabi in the T10 League.

Kevin O’Brien: Perhaps his very greatest days are behind him, but it would be virtually impossible in any case to replicate the knock for which he is best known – his unbeaten century that caused England’s disintegration at the 2011 World Cup. He still hits a long ball – just 15 men, Stirling among them, have hit more T20I sixes. Only Shoaib Malik, Mohammad Hafeez, Rohit Sharma and Eoin Morgan have made more career appearances.

Gareth Delany: Until Ireland touched down in Dubai to prepare for this tournament, Delany hadn’t represented his country in T20Is since March 2020. In the time since, he has reaffirmed his potential, impressing during a stint in the T20 Blast for Leicestershire last season, even if he struggled for runs when Ireland A toured Bangladesh ahead of this summer.

Former Ireland stalwart Niall O’Brien described him to The Cricketer last year as “a massive cog in the wheel going forward” with a distinctive, baseball-like back-lift. Against West Indies last January, he hit Hayden Walsh Jr for four consecutive sixes. Only two of the top 30 run-scorers at the qualifying event scored faster.

Balbirnie is the key cog in the middle order, tasked with nurturing an innings hopefully given its fast start by the opening bruisers. He scored his runs at a strike rate of just 119.14 in the qualifying tournament but adds a sense of classical calm to the carnage. He didn’t hit a single six during that competition but still managed 168 runs in six knocks.

He is by no means certain to feature given Ireland’s other options, but George Dockrell is back in the fold – but this time as a batter. The 29-year-old made his international debut more than a decade ago as a left-arm spinner but has since fallen behind in the pecking order, reinventing himself as a batter after an honest conversation with Graham Ford.

He batted at No.6 in a warmup defeat against UAE and didn’t bowl – his confidence in this new role boosted by a maiden List A hundred in May for Leinster and cameos of 40 and 45 in ODIs against Netherlands and South Africa.

There is plenty of pressure on the top order, with the allrounders kicking in quite quickly, with Campher inexperienced at the game’s shortest format and Delany not coming into the competition in his very best form. The wicketkeeping position is an intriguing debate, which has not yet been settled upon – more on that below.

How the batting stands up on slow surfaces will be another challenge, though they do at least have the memories of two years ago to call upon, as well as several trips to face the likes of Afghanistan, where spin has often been king. 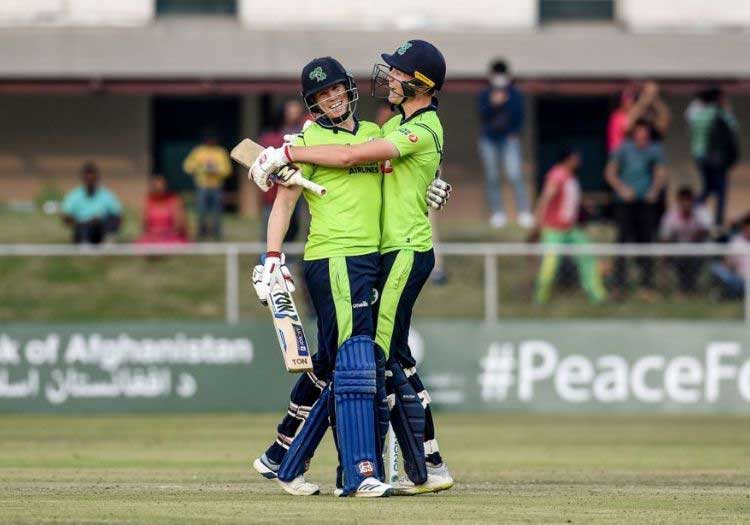 Plenty is thought of Josh Little, the left-arm seamer who has signed up to represent Northern Warriors in the T10 League. He is joined by right-armers Mark Adair and Craig Young, the latter of whom will likely be the quickest of the fast men, while Campher adds a fourth seam-bowling option if required.

Singh will be the spinner-in-chief, though Andy McBrine represents very capable back-up in the off spin ranks. Graham Kennedy is uncapped but would add a left-arm option, while Stirling and Delany are very useful part-timers.

Ireland’s attack looks pretty well balanced, though they might consider themselves short of a second specialist spinner, while much will rest on the shoulders of several allrounders. Adair, though, was their leading wicket-taker in the qualifying event, picking up 12 at 12.5 apiece and an economy rate of just 4.78.

Delany also has previous, having claimed nine scalps with his leggies. They will have to replace Boyd Rankin, however, from the team that qualified two years ago. He has since retired. 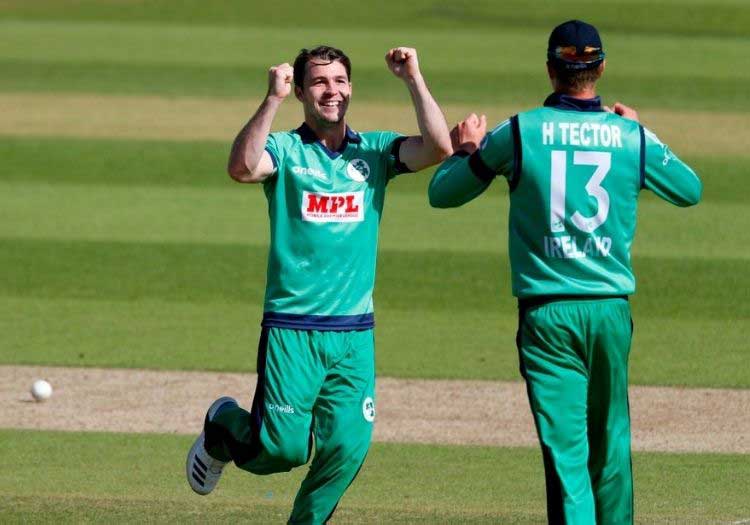 Curtis Campher is an exciting recent addition to the Ireland squad

The ICC named Dazzle the Dog, who invaded the pitch during an All-Ireland T20 Women's Cup match in September and ran off with the ball, as their player of the month.

Needless to say, he won’t be at Balbirnie’s disposal when the World Cup. Nor, indeed, will Porterfield – widely recognised as a fabulous fielder through his international career. Interestingly, Kevin O’Brien will join up with Northern Warriors in the T10 League this winter as their fielding coach.

“We are not going to tell you who is the first-choice wicketkeeper,” said Ford when he revealed Ireland’s squad. “There’s competition between the players. There’s a lot of work that goes in prior to games: matchups, left hand versus right hand. What might be a pick for one game might be different to the next game.”

Neil Rock and Lorcan Tucker are the two contenders for the role, with 21-year-old left-hander Rock – nicknamed Pebbles, somewhat unimaginatively – handed his opportunity in warmup matches against Scotland and UAE. Tucker, meanwhile, was Ireland’s keeper through the summer series against South Africa and the September ODIs against Zimbabwe.