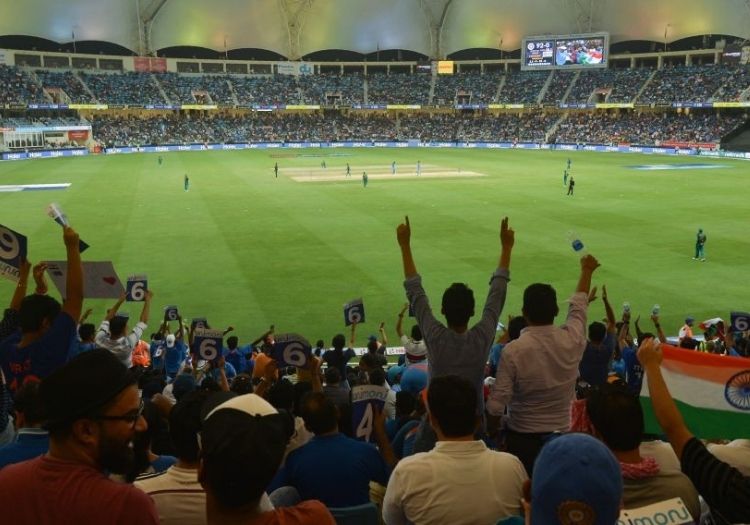 Designed by Canadian architect Awsam Matloob, the Dubai International Cricket Stadium (formerly known as the Dubai Sports City Cricket Stadium) is a slick and modern venue that is no stranger to hosting big games. ICC World T20 Qualifiers, the IPL and the PSL have all been held in Dubai over the last decade: it is a ground that’s seen a lot of

With a capacity of 25,000 (expandable to 30,000 when required) and boasting a state of the art floodlighting system dubbed “the ring of fire”, the Dubai International Stadium is well equipped to be the stage for the ICC T20 World Cup final.

Dubai International Stadium hosted its first international on April 22 2009, when Pakistan moved their ODI series against Pakistan to the UAE as a result of security issues. Pakistan won thanks to a player of the match performance from Shahid Afridi.

The first T20I in Dubai took place a few weeks later on May 7 between the same two sides: would again claim victory, Afridi again taking home the player of the match award.

The ground became an unofficial home for Pakistan for almost 10 years until the return of international cricket to their home nation in 2019: it’s therefore no surprise to see the list of best performers in Dubai is dominated with Pakistanis.

Babar Azam holds the record for most T20 runs at the venue, having made 962 runs in Dubai to date, while Afridi and Sohail Tanvir are tied at the top of the wicket takers table with 39 scalps a piece.

Of players involved with the 2021 T20 World Cup, Scotland’s Safyaan Sharif leads the way with 32 T20I wickets at Dubai to his name.

It took a super over for Royal Challengers Bangalore to squeeze past Mumbai Indians in the 2020 IPL, in a staggering game that saw 420 runs scored inside 22 overs.

Three batters scored at a strike rate of over 200, but Kieron Pollard’s knock of 60 not out from just 24 deliveries is the one that sticks in the mind.

He may have ended up on the losing side, but Pollard’s eight boundary blitzkrieg propelled the struggling Indians into a super over from nowhere.

Ishan Kishan, AB De Villiers and Shivam Dube also impressed with the bat, in what turned out to be one of the tensest games in IPL history.

Historically speaking, the pitches at Dubai have been slow and low: an average first innings score of 147 in the years before 2020 suggest that it has not always been the easiest place to bat.

This has seemingly changed in recent years, however.

In the 2020 IPL, the average first innings score rose to 172. And though those high scores have not quite been replicated in this season’s edition, it is perhaps fair to say that Dubai is a friendlier batting surface now than it has been in the past.

It also offers plenty for the spinners, and fast bowlers such as Anrich Nortje and Lockie Ferguson have found it to their liking in the most recent IPL too. Arguably the best all-round track of the four venues for the competition.