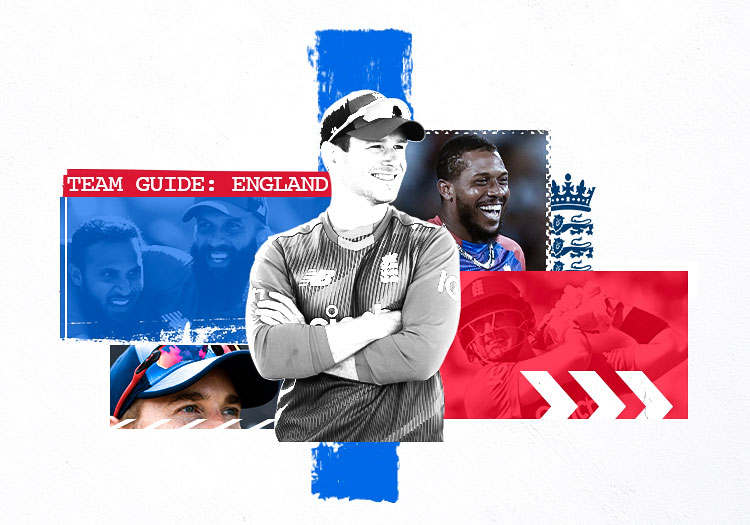 The jury is still out, however, following a lack of progress made by the Test side and the scrutiny will only grow now he has taken on selection duties. The white-ball team remain a formidable outfit but any failure to contend at all of the World Cups coming up over the next three years won't be tolerated.

Eoin Morgan: Credited with overhauling England's white-ball approach following the 50-over World Cup in 2015, leading them to a first global title four years later and turning them into the best white-ball side in the world.

A level-headed, adaptable leader who makes subtle decisions and refuses to be knee-jerk. Concerns over his fitness have been roundly dismissed but there are worries about his IPL form not to mention whether the continued ignoring of Alex Hales will come back to bite him.

Jos Buttler: The Taunton native has endured a curious 2021, disrupted by enforced periods of rest, injury, the birth of his second child and some uneven form. Has still managed to score 739 runs at an average of 36.95 this year, a haul which included a majestic century in the IPL against Sunrisers Hyderabad.

Has been more vocal than most about bubble life and the impact of quarantine so his output, perhaps more than most, should be viewing in context. Missed the IPL resumption to ensure he was fully rested and in the absence of Ben Stokes and Jofra Archer he is the undoubted superstar of the side.

Moeen Ali: The 34-year-old's exclusive focus on white-ball formats for England starts at the T20 World Cup following his retirement from Test cricket. Mucked around by the red-ball team, Moeen has a defined role under Morgan as a key figure in the middle overs with the ball and part of an all-star lower order in the batting.

On the surface, Moeen is one of the most fluent strikers of a cricket ball around but there is an iron fist behind that velvet glove; he can be a killer when he's on song.

Adil Rashid: Arguably irreplaceable. For all the talent in the top order and in the seam department, without Rashid Morgan's side have little or no chance of collecting a second T20 crown. His variations in delivery, whether it be the googly or changes in pace - a relatively recent addition to his artillery - make him a menace outside of the powerplay overs.

If you can nullify the Yorkshire spinner then you're halfway towards beating this team. Has a good record in the UAE (economy rate 5.87 from eight overs) and it was important to see him pick up an IPL deal with Punjab Kings.

“It’s obviously not easy, knowing that it would be two or three injuries before you’d even be close to playing," Livingstone told The Cricketer last year. Now, the Cumbrian is centre-stage and ready to make the World Cup his own.

Consistent campaigns in the Blast, successive seasons scoring in excess of 400 runs in the Big Bash League finally resulting in an England recall after a four-year absence this summer. What followed was a remarkable onslaught, including a record-breaking 42-ball century against Pakistan at Trent Bridge to ensure he starts the competition as one of the most brutal hitters in the sport.

He averaged in the 50s in both the Blast and The Hundred and while the IPL could have gone better Livingstone is a clear-your-schedule cricketer. Starts the event as England's highest-ranked player in the men's T20 Player Index. 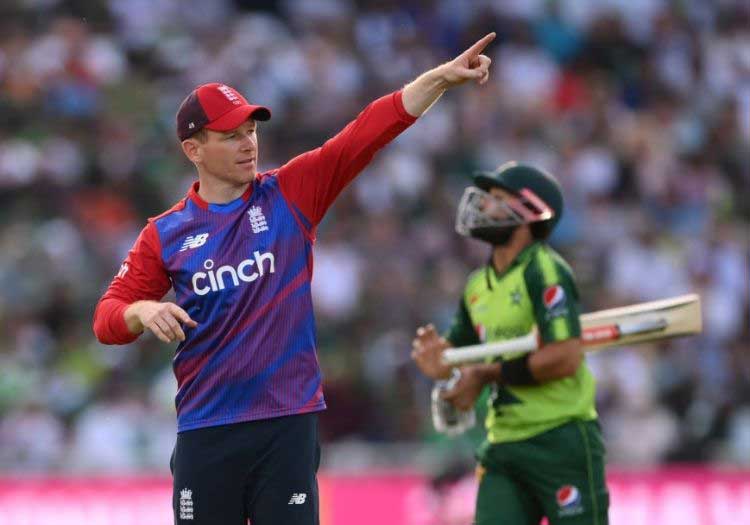 Jason Roy: His T20 returns have not reached the consistent levels of his 50-over performance but scoring at 145.66 for his country makes him the second-fastest scorer in this squad.

That said, Roy has adapted his approach in recent years and is not nearly as reckless in the opening couple of deliveries as the years have gone by. He is a strong hitter down the ground and doesn't too often get dragged into playing funky scoops or reverse sweeps. Not what you would describe as a stellar performer on the franchise circuit, but he won't be intimidated by these surroundings.

Jonny Bairstow: Probably England's greatest white-ball opening batter. And though he may have been uprooted from the top two the Yorkshireman has found a welcoming home at No.4, where his best England T20 score came in Cape Town in 2020.

"You can be disgruntled, or you can use the experiences you've had previously," said Bairstow, as his place in another England team came under threat. If his international returns don't convince you, Bairstow is one of the most successful Englishman in the IPL, where he has scored more than 1,000 runs, averages in the 40s and scores in the 140s.

It is also the scene of one of his three T20 centuries. A clean, leg-side favouring striker of a cricket ball, Bairstow is a gritty, unperturbed performer who is quick between the wickets and the kind of sportsperson you want in your corner. He'll come out swinging in the 12th and won't let you down.

Dawid Malan: This England side is made up of several gun batters, and the license given to them by Morgan means they won't hold back on what are expected to be some flat tracks.

Malan is perhaps best suited to performing the role due to the trajectory of his scoring rate, which sits at 114.52 from 11 innings in 2021, and his poor record in Asia. That said, he could well drop down the order if England get off to a good start. The Trent Rockets man might end up becoming a fire-fighter rather than firestarter.

Eoin Morgan: The captain's own form might not be exciting but he has both the calmness under pressure and knowledge of the opposition, as well as extraordinary game management skills, to manage even the tightest and steepest of chases.

Sam Billings: This role is likely to be a moveable feast due to England's batting depth. The vast number of options is highlighted by the fact their best finisher might well be benched for much of the competition. Billings is as reliable as they come down the order able to swing the bat with reckless abandon or see out a chase with few alarms. He flexed that muscle with aplomb in St Kitts in 2019 with 87 from 47 balls against West Indies. He was then cool and calculated in getting an England chase of just 104 back on track against Sri Lanka in Manchester. Most impressive, however, was his maiden international century, albeit in a losing cause in an ODI against Australia, when faced with Mitchell Starc, Josh Hazlewood, Pat Cummins and Adam Zampa.

Of the dozen times England have reached 200 or more in T20Is, half of them have been since the last World Cup. In short, this is not a batting line-up with many weaknesses. That said, Morgan is clearly concerned about how his side go on slow, low wickets like they encountered in Ahmedabad when they were edged by India earlier in the year.

He's also urged his power players to not over-hit the ball and keep their shape when it doesn't come on as quickly. Joe Root's absence as a low-risk anchor batter means England will continue to go one-way even in the face of a crisis. And as with two years ago, Hales is one of the best openers available to Morgan but remains in the shadows. 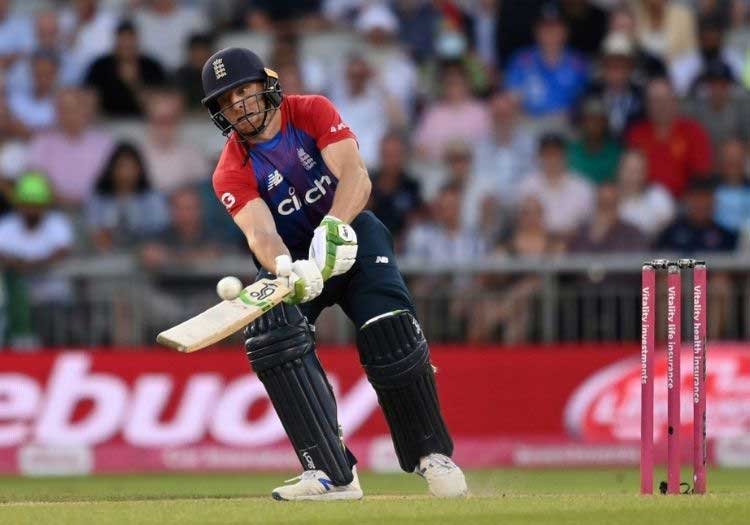 Mark Wood: In the absence of Jofra Archer, the Durham quick will take on the responsibility of testing the speed gun in the England attack. Wood is injury free and has enjoyed one of the quickest summers of his career, and at one point hit 95.2 mph in the New Zealand Test series.

Not as tall as some of his rivals, Wood is skiddy and should thrive in the UAE. That said, any pace and bounce he can squeeze out of surfaces will be there in abundance. A maximum of seven matches spread over 23 days will certainly help managing his fitness, too, which must be the major concerns going in.

Not that Chris Jordan and Tymal Mills can't ratchet up the speed themselves, but their ability to mix things up at the death means Morgan has two aces up his sleeve when things get tight. Mills returns six years after his last England outing and hasn't played in a franchise competition outside of the PSL since October 2018 but cannot be dismissed.

Offering that tricky left-arm angle, he is a menace at both ends of the innings (he’s called bowling at the death a "dirty job") and extremely difficult to get away. Jordan, England's all-time leading T20 wicket-taker, is at the other end of the scale and has been a staple of this team for five years. Together they've led Sussex to two Blast Finals Days and Southern Brave to the men's Hundred title (in Archer's absence).

As previously mentioned, Rashid's variations can really come into their own if England either have runs in hand, or a new batter is at the crease. Few have found themselves able to conqueror his googly. Ahead of their meeting in Dubai on October 30, Australia's Aaron Finch, Steve Smith and Glenn Maxwell will have painful memories of the going over he gave them at The Ageas Bowl last summer.

Mills, Wood, Willey, Wood, Jordan, Curran, Woakes. England's attack is very seam heavy and lacks options in the spin department. Not that Rashid can't cope with the pressure, but if he is unable to fire or offer control in the middle-overs then Morgan will be in the hole. Liam Dawson was only named as a reserve and Matt Parkinson was totally ignored. Moeen is a decent back-up but Livingstone, who has bowled 60 deliveries in T20Is, as third in line is a risk. That decision could come back to haunt the skipper.

There is also the undeniable feeling that England arrive at a major tournament without their first-choice 15, either through design or fate. Take players of the calibre of Ben Stokes and Archer out of any team and you'd expect their ambitions to be blunted. 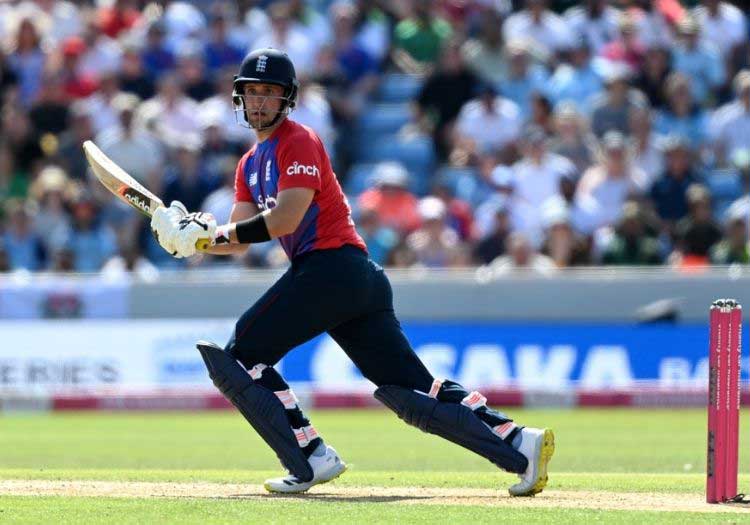 Liam Livingstone has been in excellent form in 2021

The benefit of having so many keepers in reserve is the quality of the handling in the field for England is generally one of the best around. Billings produced a stunning throw to dismiss Praveen Jayawickrama in the first ODI at Chester-le-Street, is a whippet on the field and has a strong arm. Bairstow will run him close as the quickest ground fielder though he may well be deployed at backward square as the safest hands on show. Generally, there are very few weak links.

Buttler will start behind the stumps but could quite easily pass them over to Bairstow or Billings with no discernible difference in quality or dramatic effect on the balance of the side. The trio have 50 T20I dismissals between them and they're as well-stocked as any side in the competition.