Key players, rising stars, batting and bowling analysis, chances, squad, fixtures and much more in our in-depth look at Pakistan 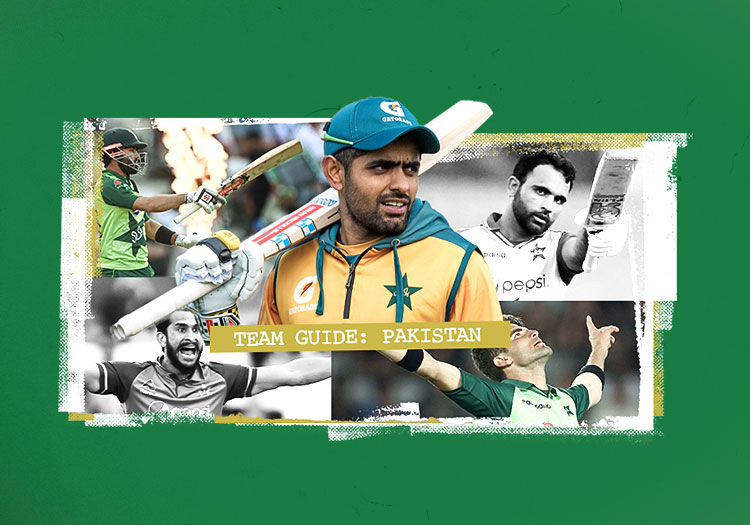 Matthew Hayden/Vernon Philander: Pakistan’s build-up to this competition has been typically chaotic, though not all of their own doing.

Well-documented withdrawals from England and New Zealand have scuppered any chance of last-minute fine tuning, while head coach Misbah-ul-Haq and chief executive Wasim Khan have both resigned their posts, with Ramiz Raja recently elected as the new chair of the Pakistan Cricket Board.

Even without a central coaching figure, they have added to their backroom staff for the World Cup with the additions of former Australia opener Matthew Hayden and ex-South Africa seamer Vernon Philander, both of whom are inexperienced coaches and hardly remembered for their T20 exploits but were fine players in their own right.

Babar Azam: One certainty is that Babar Azam will captain Pakistan in the UAE. The high-class batter is ranked 17th on the T20 Player Index and has been his country’s skipper across all three formats for almost a year, since replacing Azhar Ali as Test captain last November.

Babar, who has six T20 hundreds to his name – including one at international level against South Africa, the fourth-highest score by a captain in a T20I, has passed fifty on 21 occasions for Pakistan in the shortest format, averaging almost 47 in the process. No player in the world has reached 2,000 T20I runs in fewer innings, beating Virat Kohli to the landmark by four innings. Indeed, only Kohli has won more T20I player-of-the-series awards.

Mohammad Hafeez: A fountain of experience at Babar’s disposal, Hafeez made his first-class debut before either Shaheen Shah Afridi or Haider Ali were born. In all, only Shahid Afridi, Inzamam-ul-Haq, Wasim Akram, Shoaib Malik and Younis Khan have played more matches for Pakistan across all formats.

Now 40 years of age, he comes into the World Cup on the back of a recent Caribbean Premier League stint with Guyana Amazon Warriors. With Malik not included in this squad, Hafeez has the chance to surpass him as the leading appearance-maker in T20I history – only five men have scored more runs.

Imad Wasim: One of the wilier customers on the global circuit, the left-arm-spinning allrounder will have a major role to play for Pakistan with bat and ball in conditions that should suit him. Of those to have bowled at least 500 balls in their T20I careers, only 15 men have a better career economy rate. Hardly a spinner of the ball at all, Imad relies on a savvy guile, attacking the stumps and often taking the new ball to suffocate opening batters with the wicketkeeper up to the stumps.

He has now played in the Pakistan Super League, T20 Blast, Caribbean Premier League, Big Bash and Bangladesh Premier League. His batting statistics in T20Is do little justice to a man with a first-class double-hundred: he averages just 13.12 in the shortest format for Pakistan, hitting just eight sixes in 36 innings.

Shaheen Shah Afridi: Comfortably one of the best cricketers in the world, the left-armer has signed to start next season with Middlesex in county cricket – a major coup for them. Their statement revealed, unsurprisingly, that Afridi’s name had been much sought by rival clubs. Only six men have reached fifty ODI wickets in fewer games, while his record of 130 T20 wickets in 96 matches includes a six-wicket haul for Hampshire against Middlesex, which included four wickets in four balls.

With Lasith Malinga’s retirement, there is a legitimate argument that the left-armer’s rasping yorker is now the best in the game, perhaps best conveyed in his dismissal of Jonny Bairstow on the white-ball leg of Pakistan’s 2020 tour of England. 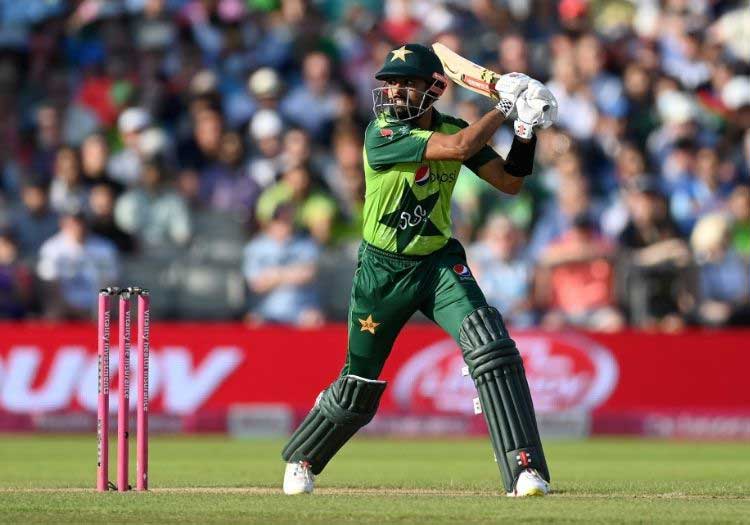 There is no doubting the talent of Haider Ali, even if the 21-year-old managed just 90 runs in nine innings for Jamaica Tallawahs at the recent Caribbean Premier League.

Since then, he has returned to form on home soil with half centuries in the National T20 Cup for Northern against Balochistan, Central Punjab and Southern Punjab. His late call-up marks something of a turnaround for the batter, who was sent home from England two months ago after breaching Covid-19 restrictions.

Asif Ali: Asif Ali has never quite done it in international cricket despite forging a reputation for himself on the domestic circuit as a brutal hitter. For Pakistan in T20Is, he has averaged just 16.38 with a strike-rate of 123.74 – a significant drop on his domestic record, where he possesses a strike-rate of 147.02.

That he has been afforded so many opportunities at the highest level is down to his tantalising potential – the knowledge that, when everything clicks, he might just win his country a game. As it is, he has passed fifty just three times for Pakistan – all in ODIs – in 49 games.

Fakhar Zaman: The left-handed opener was a surprise omission from the original squad of 15, given his inclusion in recent series against West Indies and England, as well as his match-winning ability – albeit absent in recent times in T20Is.

His 193 against South Africa earlier this year was the second-highest ODI score in a losing cause, while no one in the game’s history has reached 1,000 ODI runs faster. But either side of scoring 576 T20I runs in 2018 – the 10th most for a male player in a calendar – he has shown little sign of transferring that 50-over form into the shorter format. He has reached fifty just once in the last three years. When he gets it right, though, there are few more destructive.

That is the captain’s job: few players have ever anchored a T20 innings with more style than Babar Azam, who scores at a strike rate of 130.64 in T20Is, though he has never hit more T20I sixes in a calendar year than in 2021. If he maintains a run of T20 form that saw him dominate in the Pakistan Super League and again on his team’s tour of England this summer, his teammates will have a perfect platform around which to play with total freedom.

Asif Ali: His tournament-winning form in the 2018 Pakistan Super League exists as a nostalgic reminder of what he can do on his day. “Asif Ali is still the best striker of the ball in Pakistan,” said selector Mohammad Wasim when addressing the elephant in the room of his surprise recall. “I believe he can do well in pressure handling and will do well in the tournament.”

In conditions that he knows, perhaps this is Ali’s time. With a platform set by those above him, if he has the impact that his backers believe he can have, Pakistan might just profit.

The decision to leave Fakhar Zaman among the reserve list seemed an odd decision, but the left-hander has since been added at the expense of Azam Khan, whose treatment has been shoddy to say the least, having been picked in the initial squad before being dropped a matter of days later alongside Mohammad Hasnain and Khushdil Shah.

Sarfraz Ahmed and Haider Ali have replaced the pair. Ahead of the changes, former captain Rashid Latif suggested that such an outcome should lead to resignations. “If they go ahead and make changes in the main 15-member squad then the chief selector must ethically resign and so should the other selectors,” he told PTI. “Because they are responsible for selecting the squad and if changes are made it means they failed to do their jobs properly the first time around.”

The belated inclusion of Zaman offsets the absence of Sharjeel Khan, which originally left an imbalance at the top of the order, as well as a batch of middle-order batters – in Azam Khan – since dropped, Sohaib Maqsood – since injured, Khushdil Shah – since dropped – and Asif Ali – without any history of success on the international stage. 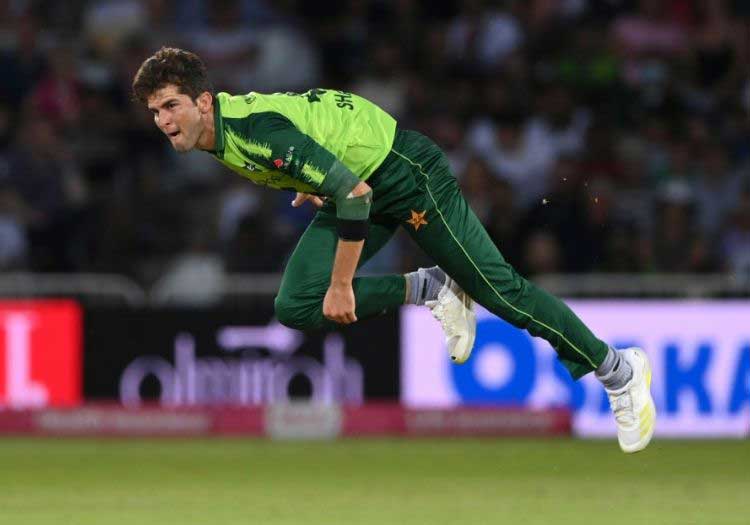 For all the confusion around their top order, there is little doubt around the quality of Pakistan’s pace attack: Shaheen Shah Afridi, Haris Rauf and Hasan Ali represent a fearsome trio, with Mohammad Wasim Jr a further seam option at the expense of fellow allrounder Faheem Ashraf. Afridi’s left-arm angle and height gives him a point of difference, while Rauf is an expert yorker bowler and Ali excellent at the death.

Afridi is the quickest of Pakistan’s left-armers, but Imad Wasim and Mohammad Nawaz could be vital players on sluggish, turning surfaces. Both are finger-spinning allrounders, part of a spin threat that also includes the leg-breaks of Shadab Khan and the off spin of Mohammad Hafeez. Usman Qadir could count himself unfortunate not to make the 15 – the son of the late, great Abdul Qadir is a reserve.

It’s hard to pick many holes in Pakistan’s bowling attack, though one wonders whether Faheem Ashraf might have offered more than Mohammad Wasim Jr. If it spins significantly for Shadab Khan, they may well wonder whether they might have picked Usman Qadir as well.

The absence of Wahab Riaz is a shame – the veteran left-armer has saved some of his finest performances for the global tournament stage, but there is still plenty of variety in Pakistan’s seam cartel. Shahnawaz Dahani, the leading wicket-taker in this year’s Pakistan Super League, is a reserve ahead of Hasnain, who has been culled from the party entirely. 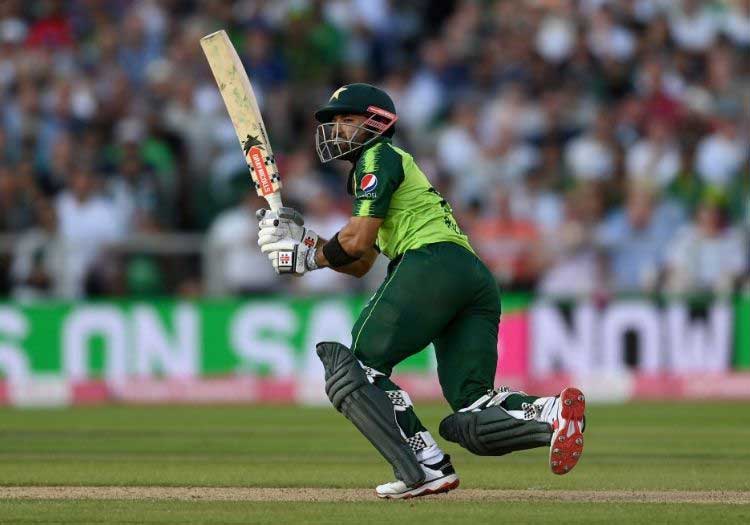 In a team not always famed for its fielding, Shadab Khan is an exception: the leg-spinning allrounder and vice-captain – still just 23 – is a tremendous athlete.

Mohammad Rizwan is the first-choice wicketkeeper, having long-since seen off Sarfraz Ahmed for that role. Azam Khan was his backup in this squad, but has since been replaced by Sarfraz. There are few better glovemen worldwide than Rizwan, who will likely open the batting as well. By the ICC’s ranking system, he is the seventh-best T20I batter in the world at present.