Who are the overseas stars? Where will games be won and lost? What has changed since 2020? The Cricketer takes a deep dive into Trent Rockets ahead of the first season of The Hundred 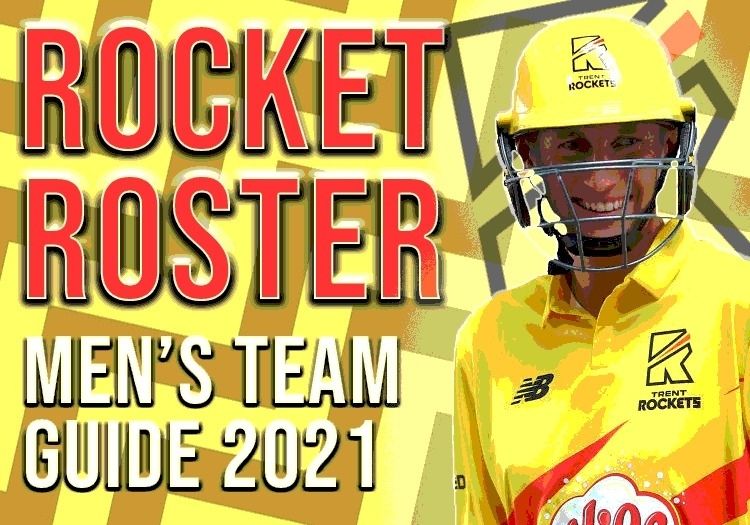 Andy Flower: When Stephen Fleming decided he was unable to travel to the UK for the tournament, the Rockets couldn't have asked for a better replacement for the New Zealander. Flower is slowly but surely putting together a coaching career to rival his playing days. Led England to world No.1 in 2011 before becoming a regular on the franchise circuit, becoming a constant figure on the sidelines at the PSL, CPL and IPL, among others. As canny a strategist as they come in the world game.

Lewis Gregory: That you could have a decent debate over whether Gregory is a batting or bowling allrounder is a decent indicator of his standing in the game. A mainstay of the county circuit, a status that in the last two years has turned into an overseas franchise and international recognition. Made his England debut in New Zealand and has garnered interest from sides in Bangladesh, Pakistan and Australia. This is exactly the kind of stage he will expect to dominate.

Rashid Khan: Barely requires an introduction as one of world cricket's premier names and arguably the biggest overseas star remaining for The Hundred. He was the No.1 draft pick back in 2019 and will be a menace in this competition. Only played twice for Sussex this summer due to his Pakistan Super League commitments but arrives just in time for pitches to start to suit him.

D'Arcy Short: The Australian opener has not enjoyed the best campaign with Hampshire but is a proven operator at world level and is a former leading run-scorer at the Big Bash in 2018-19, around the time when his international prospects were brighter.

Marchant de Lange: Standing at more than two meters high, the South African is as intimidating as they get and is good for some quick runs down the order. Finished the Blast as Somerset's leading wicket-taker with 14 at an economy rate below eight runs an over. Not exactly a like-for-like replacement for Wahab Riaz but he will be bound in with the same enthusiasm and sinister intentions. 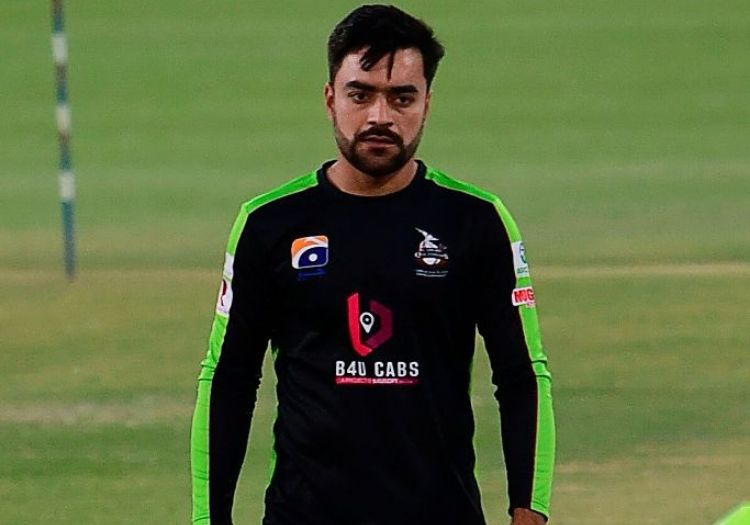 Luke Wright: What Luke Wright doesn't know about batting against the white ball isn't worth knowing. A veteran of more than 300 T20s and 8,000 runs in the format (teammates Alex Hales is the only Englishman with more), the 36-year-old has maintained a remarkable strike-rate above 140 and will do a job anywhere in the order as either an opener looking to set the tone or a lower-order pinch-hitter attempting to pepper the boundary late on. Has shown glimpses of his best in the Blast and starts the competition in form.

Sam Cook: Would not have been considered an automatic pick at the start of the season but his form with Essex, particularly in the Blast, earned him a late call-up. Central to that recognition was his ability to take wickets with the new ball - James Vince and Tom Banton were among his victims - and bowl at an economy rate below eight.

Power-hitters: Alex Hales might still not be flavour of the month in the eyes of England and Eoin Morgan, but he's the premier batter in this line-up. Only Mohammad Rizwan has more T20 runs in 2021 and they've come at a strike rate just below 170. He will need support, however, from Wright and a former T10 League success story in Tom Moores.

Anchor: When available, Joe Root is tailor-made for a role as the carpet beneath this Rockets line-up. Certainly has the capacity to up the rate but he remains an elegant stroke-maker in this form and rarely allows the pressure of the situation to affect his technique. Ideal if early wickets fall.

Finisher: Gregory has spent much of his white-ball career down the order so his strike rate of 143 means he is a reliable figure at the back-end. A prime example of such prowess came back in February when he guided Islamabad United from 74 for 5 in pursuit of 151 to win with an unbeaten 49 from 31 balls.

Problem areas: Dawid Malan's trend of soaking up deliveries before going big is not a gamble that will be as well-received when only 100 deliveries are available. A depth of power must be an overall concern for Flower with only Hales and Wright scoring in the 140s in the Blast this season. 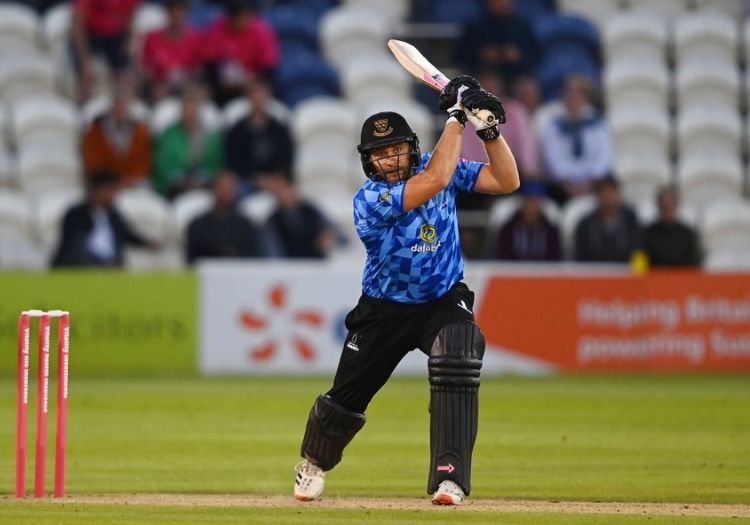 Speed merchants: Having lost to Wahab Riaz to work permit issues, Marchant de Lange is a genuine like-for-like replacement if not in frame but certain inability to test the speed gun. Though vulnerable to injury given his physique, he will be key at the death as batters look to open their shoulders but his squad lacks depth if he is laid up or rotated out.

Variation: Look no further than the mercurial Rashid. The googly. The wrong'un. The genuine leg-spinner. If one doesn't get you, the next one probably will. The Afghanistan leggie is a genuine mystery these days and can cause new batter nightmares - emphasised by his three T20 hat-tricks in Tarouba, Dehradun and Adelaide.

Line and length: Not blessed with much in the way of pace, Cook relies on putting the ball on a sixpence to get his success. Steven Mullaney too will be a crafty operator in the middle fives. In the spin department, neither Matt Carter nor Samit Patel (can you see a theme developing?) are big turners of the ball but prefer to rely on flight and in Carter's case, bounce from his 6 ft 6 ins frame.

Ten-ball over candidate: If either can get the white ball to talk, then Luke Wood, formerly of the Outlaws of course, or Timm van der Gugten are candidates to take it for back-to-back fives.

Problem areas: It is not unfair to state that the drop off in quality from Rashid to the next spinner is significant and should be become unavailable at any stage (which cannot be ruled out for any player) that would be potentially problematic. Bowling options are thin on the ground and if one bowler is targetting there might not be much wiggle room for Gregory. 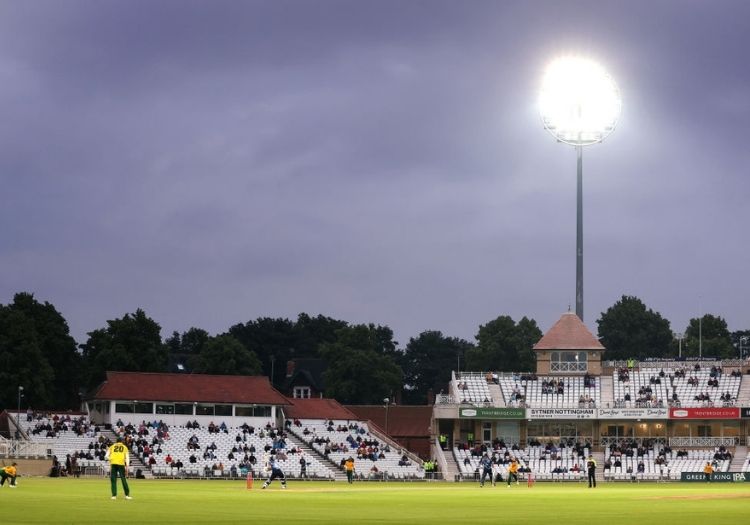 Gun fielder: Not a squad full of electric operators in the field. Even towards his tender years, Wright remains full of energy in the field and will hope to be 100 per cent after splitting the webbing on his hand. And there are fewer safer hands about than Root, who has more than 300 career grabs.

Who takes the gloves?: A tough call facing Flower here, with Moores probably better suited to the format but Ben Cox has enjoyed the better Blast season for Worcestershire Rapids and is by many people's reckoning the best gloveman in the country. Might be that both get a look in during the group stage.

Changes from 2020: Rockets managed to keep hold of a dozen of their players from 2019. Nathan Coulter-Nile opted not to travel from Australia, but was a blessing in disguise and offered the opportunity to bolster the seam attack, particularly needed after Harry Gurney's retirement. Wahab was signed up but he was turned away by border officials due to work permit issues and has not returned. In the draft they added Patel and Van der Gugten, having chosen not to retain Luke Fletcher.

Ground: Trent Bridge. A fresh pitch in Nottingham should make for a run-fest. Historically, conditions haven't always assisted swing or spin bowlers, which given their line-up is an interesting characteristic worth remembering. In men's T20s, no ground on the roster has a higher runs-per-over (8.51) or runs were wicket average (25.51).

Sound from the ground: DJ Charlie Burley will be attempting to ensure the atmosphere has a local feel as he entrenches himself within the squad to help deliver a personal and upbeat playlist. Live music will be provided by singer-songwriter Jeurb, genre-defying London duo Ider and dirty guitar-playing Zuzu from Liverpool. 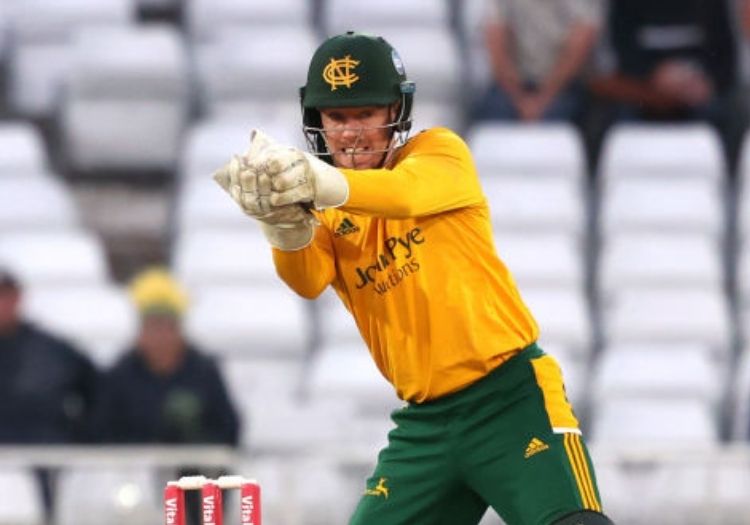 Tom Moores will duel with Ben Cox to take the gloves

Harry Gurney's analysis: "Having a backbone of the reigning Blast champions gives them an immediate advantage. They know home conditions, the dimensions of the ground and the Bridgford Road stand cutting off that corner.

"Lots of Notts players and someone like Ben Cox who would have played a lot at Trent Bridge really helps. When you cast you eye through the squad you see someone like Rashid Khan who is the best in the world, pretty much undisputed having been the first pick in the draft.

"Alex Hales knows the conditions, it's an exceptionally flat pitch and he's got some form. He is one of the most destructive powerplay batters in the world. Then you throw in Lewis Gregory who has done well with England and Dawid Malan who is No.1 in the world according to the rankings.

"Even in T10, you might have a look as a batter for a ball or two. Any batter who struggles for runs early in their innings or any form of the game can quite quickly get their team into a pickle because it not only slows the scoring rate but it puts pressure on other people. It is something all teams will be aware of.

"Luke Wright as well as being a very experienced cricketer is a bloody great bloke who will add a lot behind the scenes whether he is playing or not. He's been in pretty good form the last couple of years.

"It was between Lewis and Alex Hales for the captaincy - maybe there are political reasons for that. Maybe they offered it to him and he didn't want it, I don't know. I'm sure Lewis will do a great job, he's mature and well-liked throughout the game.

"I don't know if Tom Moores gets the gloves ahead of Ben Cox, but he gets in the team. If I could only pick one it would be Tom but don't be surprised if you see both playing."