Who are the overseas stars? Where will games be won and lost? What has changed since 2020? The Cricketer takes a deep dive into Birmingham Phoenix's women's side ahead of the first season of The Hundred

Coach: Ben Sawyer, Australia Women’s pace bowling coach, will head up operations at Birmingham Phoenix. The Australian has previously been the head coach of Sydney Sixers in the WBBL, leading them to two titles and two second-place finishes, and has also worked as assistant coach for Australia Women’s Under-19s.

Captain: Amy Jones. England’s No.1 wicketkeeper and the perfect heiress to Sarah Taylor – skilled with the bat and fast with the gloves. At 28 years old and with 112 England caps to her name, she’s a leader with bags of experience.

Shafali Verma: She’s only 17 years old and yet she already has 29 international caps for India to her name and the experience of playing in a T20 World Cup final. An aggressive top-order batter, Verma has scored 665 runs in 25 T20Is, posting three half-centuries and scoring with a strike rate of 145.19.

Erin Burns: Replacing fellow Australian Ashleigh Gardner at Phoenix, Erin Burn brings experience and allround talent to the Birmingham side. The 33-year-old spinner-allrounder has played six times for Australia and is a regular in the Women’s Big Bash, representing Hobart Hurricanes and Sydney Sixers.

Katie Mack: The second Australian in the Phoenix squad, Katie Mack has the tough task of filling the void left by Ellyse Perry. Predominantly a batter, Mack is also a WBBL staple, currently playing for Adelaide Strikers, and has a T20 strike rate of 98.48. She also has experience of English conditions, having played for Essex in 2012. 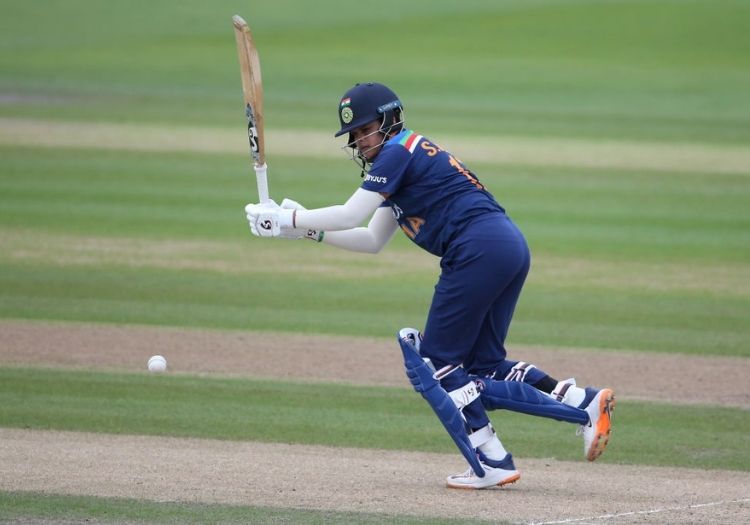 Amy Jones: The England wicketkeeper is one of the most explosive white-ball batters in the women’s game and recently demonstrated her talents in the Rachael Heyhoe Flint Trophy, smashing back-to-back centuries for Central Sparks and scoring 282 runs in three matches at a strike rate of 115.57.

Equally ferocious in T20 cricket, she has 864 runs at a strike rate of 117.23, and five half-centuries in 47 innings – not bad for a player often batting at four or below! And then her glovework. Look no further than England’s series in New Zealand – four catches and seven stumpings in six appearances.

Georgia Elwiss: The 30-year-old Southern Vipers allrounder has made 54 appearances for England in all formats since making her international debut in October 2011. One of the form bowlers of the domestic Charlotte Edwards Cup, Elwiss has six wickets in 12 overs and an economy of 4.66. She is yet to be truly tested with the bat this season. 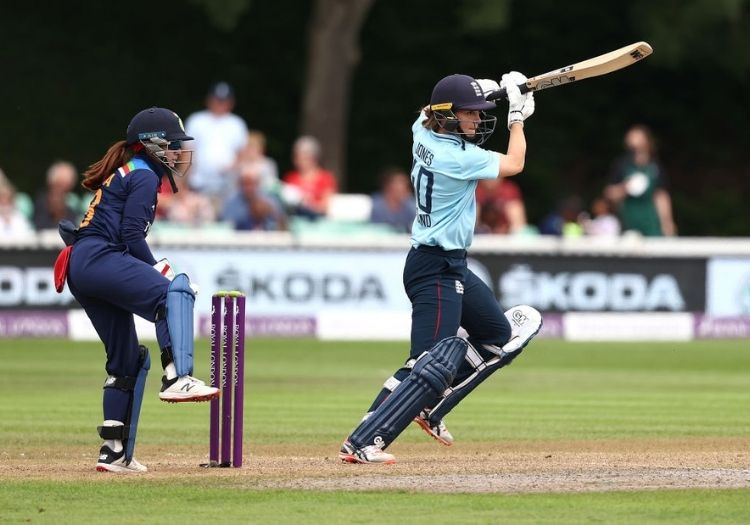 Shafali Verma: Her strike rate speaks for itself: 145.19. If you still need convincing, she’s also hit 81 fours – eight of which came in one innings against England - and 30 sixes in her 25 T20Is.

Amy Jones: A T20 strike rate of 117.23 and a mesmerising 114-ball 163 in the Rachael Heyhoe Flint Trophy (17 fours and six sixes), Jones is explosive and can maintain her scoring rate for an entire innings.

Erin Burns: A relative unknown to English fans, the Australian produced solid Big Bash form for Sydney Sixers in 2020, scoring 160 runs at a strike rate of 123.08. She’s also hugely experienced, with 159 career T20s under her belt, and scored 107 from 59 balls for Australia A in 2019. Explosive potential.

Anchor. Eve Jones. Amy Jones’ captain at Central Sparks, Eve Jones is the perfect player to balance out the attacking mindset of Verma at the top of the order. The 28-year-old has scored 572 runs in 13 outings for Central Sparks, scoring three fifties and two centuries. As her 44-ball 49 against South East Stars in the Charlotte Edwards Cup demonstrates, she’s also no slouch when it comes to scoring quickly.

Finisher: Without wishing to turn this into an Amy Jones appreciation page, she’s also an ideal finisher. Her versatility means she is capable of slotting into the top-order anywhere from opener to six or seven, and with her rapid strike rate, she is capable of taking an innings away from the bowling side.

A slight curveball entry but Em Arlott has shown this season that she’s not too shabby with the bat. The best demonstration of her ability? Her 18-ball 24 against Northern Diamonds at Headingley when she played a beautiful supporting role to Sarah Glenn’s smash and grab half-century. If they lose a lot of wickets, Arlott may just be the player to save the day.

Likewise, Thea Brookes showed against Lightning that she’s capable of producing big moments, scoring a 14-ball 21 in a three-over cameo to change the complexion of Sparks’ chase. Neither player produces these innings on a regular basis, but they have potential.

Problem areas: Phoenix are quite top heavy. The group of Verma, Jones, Jones, Elwiss and Burns is quite tasty but after that, concern sets in. Central Sparks duo Marie Kelly and Gwen Davies are solid batting options but neither player has truly found their stride in 2021.

Even Elwiss, a talented batter, has rarely had cause to produce a big innings due to the dominance of Danni Wyatt at Southern Vipers. If they’re anything like Central Sparks, who make up a good chunk of their squad, they run the risk of becoming over-reliant on Amy Jones.

Speed merchants: Issy Wong and Em Arlott – Central Sparks’ twin speedsters. Opening the bowling for the Sparks, the duo have caused chaos for batters up and down the country, taking combined figures of 17 for 169 in the Rachael Heyhoe Flint Trophy. Wong, in particular, has also settled nicely in the Charlotte Edwards Cup, taking three wickets and bowling with an economy of 4.72. Expect them to bowl in tandem.

Georgia Elwiss has also had an impressive season with the ball, picking up six wickets and conceding just 4.66 runs per over in the Charlotte Edwards Cup, including best figures of 3 for 16.

Variation: Issy Wong has reduced her extra count this season, bowling with greater accuracy and consistency, and also has a range of weapons in her arsenal to keep batters guessing, including a fine bouncer and a tricky slower-ball. As her statistics in the women’s regional competitions show, she’s picking her spot and her weapon, and nailing both.

Line and length: Kirstie Gordon – A quietly consistent spinner who has had a strong season despite losing her central contract in June. She nailed her bowling in the Rachael Heyhoe Flint Trophy, conceding just 2.75 runs per over, and while she appears to better suited to the longer white-ball format, at a spin-friendly Edgbaston, she has the potential to shine.

Ten-ball over candidate: On current form and if she’s having a good day, a ten-ball spell from Issy Wong would be highly intimidating, especially if she can regularly push the speed gun beyond 70mph. Likewise, Arlott could also be in with a shout. If she can replicate her four-wicket over from Sparks’ victory over Vipers in The Hundred, she could flip a game on its head in 10 balls. 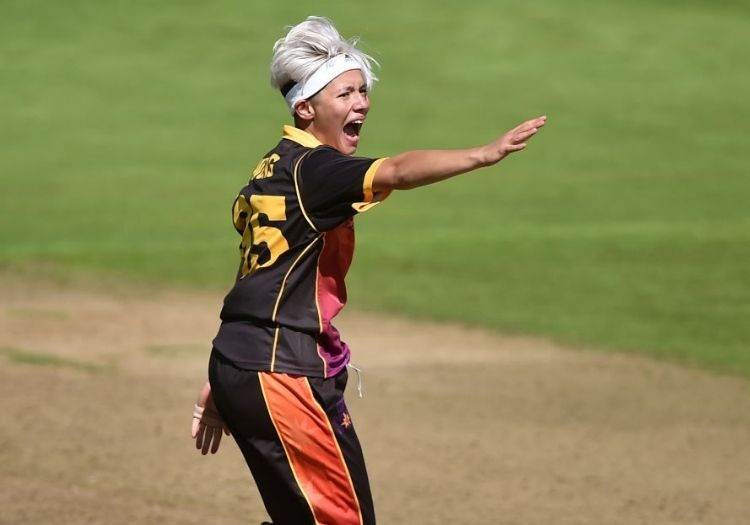 Gun fielder: Gwen Davies, who is Central Sparks’ second-choice ‘keeper, should be a huge asset in the field. However, if anyone will light up Edgbaston with some standout fielding it’s Erin Burns. Keen Big Bash fans will remember her match-winning boundary dive in the WBBL 04 semi-final against Melbourne Stars while last season, she completed nine catches in 13 matches for the Sixers.

Who takes the gloves?: Amy Jones – There’s no contest here. As mentioned earlier, the England ‘keeper took four catches and completed seven stumpings against New Zealand in spring, punishing the Kiwis by standing aggressively close to the stumps, while she also snared a further six catches and two stumpings during England’s recent series against India.

Changes from 2020: The biggest departures for Phoenix were New Zealand skipper Sophie Devine and Australia’s Ellyse Perry. Devine, who was due to captain Phoenix, pulled out in June and was replaced by Verma.

Perry signed up for The Hundred in March 2021 before withdrawing for personal reasons at the beginning of July. Fellow Aussie Ashleigh Gardner, who committed to the side in February alongside Abtaha Maqsood and Georgia Elwiss, also withdrew in July. Katie Mack and Erin Burns replaced Perry and Gardner, respectively. Domestic players Thea Brookes and Gwen Davies joined to the squad in February.

Ground: Edgbaston – The home of Warwickshire in county cricket, Edgbaston plays host to few T20Is but does stage Blast Finals Day every year. Edgbaston is something of a spinner’s paradise, with Shane Warne commenting: “If you don’t pick a spinner at Edgbaston, then when?” That should be music to the ears of Kirstie Gordon and Abtaha Maqsood.

Sound from the ground: As the host stadium of Blast Finals Day, the Edgbaston faithful know how to hold a white-ball party. Bodalia, a doctor and DJ who is due to support Fatboy Slim in November 2021, is the designated DJ for Phoenix while Lady Sanity (London Spirit, July 23), Lady Leshurr (Trent Rockets, August 1), KIOKO (Oval Invincibles, August 4) and The Lottery Winners (Welsh Fire, August 9) are scheduled to perform at specific matches.