Who are the overseas stars? Where will games be won and lost? What has changed since 2020? The Cricketer takes a deep dive into Oval Invincibles ahead of the first season of The Hundred 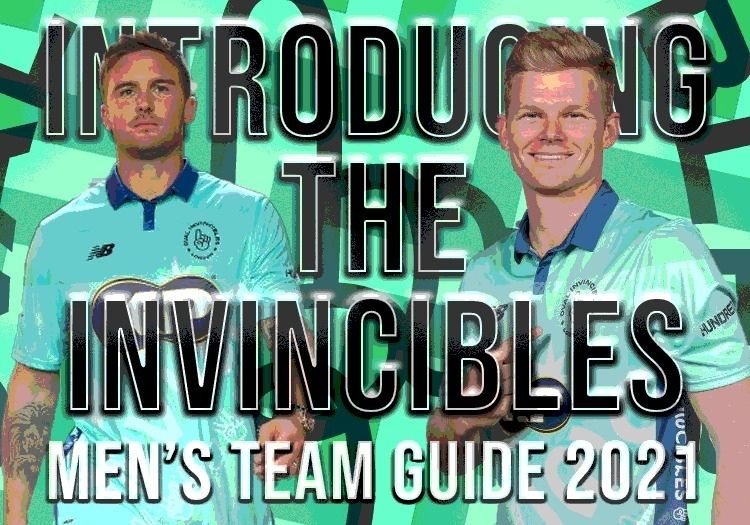 Tom Moody: The Australian has a wealth of experience across numerous coaching roles after retiring from a successful playing career in 2001. Most recently, he served as the consultant coach to Sri Lanka as they toured England in 2021. He’s coached Kings XI Punjab, Sunrisers Hyderabad and Melbourne Renegades among other T20 sides. His six-year spell with the Sunrisers included one IPL trophy in 2016.

Colin Ingram: Ingram, at 36 years of age, is one of those players that those who don’t closely follow domestic T20 may not be too familiar with, but having last played for South Africa eight years ago he’s honed his white-ball game in England - expect the all-rounder to be back to his brash, aggressive best.

Sunil Narine: It wouldn't be a franchise competition without the West Indies mystery spinner. Narine hasn't played a competitive game since the IPL was curtailed and his performances of late have been far from completely convincing. Nevertheless, he completes a solid looking middle-order of allrounders who on their day can blow any side apart.

Tabraiz Shamsi: The prolific South African spinner is a late replacement for Sandeep Lamichhane, who has struggled with visa issues. 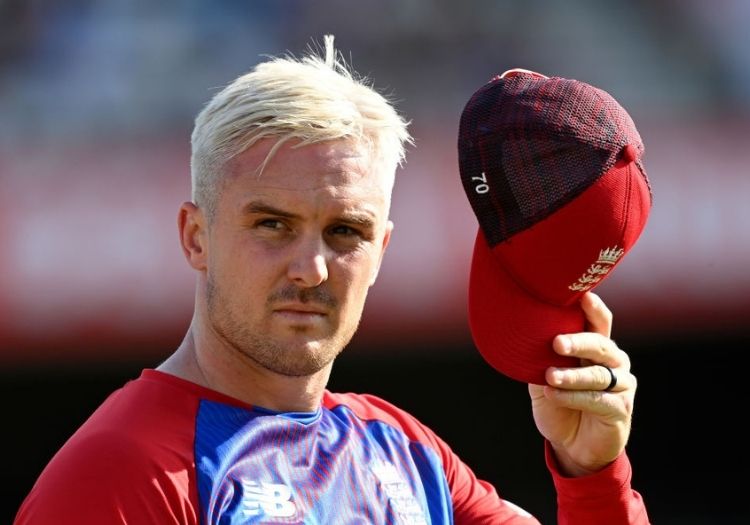 Sam Curran: There is an array of English talent in this side and it’s hard to single out just one to call the star. However, here we will highlight the Surrey left-armer - the local, centrally contracted player who has had a phenomenal international summer so far. Having bagged himself the Vitality Player of the Series award in the T20Is against Sri Lanka, he also has over 1,200 runs and 100 wickets in domestic white-ball cricket to his name - form he’ll be keen to replicate on familiar home turf during The Hundred.

Jordan Cox: The Invincibles had the second choice with their draft pick. They opted for the wicket-keeper-batsman Cox, and it’s easy to see why: the 20-year-old has had a fruitful season with the Kent Spitfires, returning exactly 300 runs over nine innings. With Sam Billings, who is 10 years his senior, yet to return a negative test for Covid-19, he may be called into action with the gloves for the sides’ opener. Even if he is second choice wicket-keeper, he’s made a firm case to be included in what is already a very strong middle order.

Power-hitters: Jason Roy. This one, for those who follow the form of the opener, is rather self-explanatory. The 30-year-old simply thrives in the white-ball game, with three scores of 30 or higher in his last four Surrey T20 appearances, before adding a half-century against Sri Lanka - then having to join his teammates in self-isolation. Only in red-ball cricket is Roy’s strike rate below 100: even then it is still above 50. His mere 6,277 T20 runs is a testament to his hard-hitting, crowd-dazzling style: something that seems perfectly designed for The Hundred.

Anchor: Rory Burns. In comparison to Roy, Burns still knows how to find the boundary, but just does it in a little less of a hurry. Of course, there are no balls to waste in The Hundred - but Burns vast experience from opening the England test side to batting at four for Surrey means he is exactly who the Invincibles will want to guide the team through the innings. With a strike rate of 119.66 in domestic T20 as well, the right-hander is no slouch for run-scoring when the time comes around.

Finisher: There are a number of players in this side who could fulfil this role. But here, we can’t look past Sunil Narine.  At 33 years of age, the Trinidadian all-rounder is the ace up the Invincibles’ sleeve and has over 400 T20 appearances and 2800 runs. Having made his international debut in 2009, he bats at a strike rate of 146.10 in T20, something you’d expect to replicate - if not better - in The Hundred.

Problem areas: It’s difficult to identify an area with obvious weakness in this side when you could pitch an argument for every member of their 17-man squad making any given playing XI. However, this depth may be put to the test with so much English talent that could be swept away on international duty - with India visiting for their five-match series soon, you could expect Sam Curran, Burns, Roy and Mahmood to have to leave The Hundred behind. 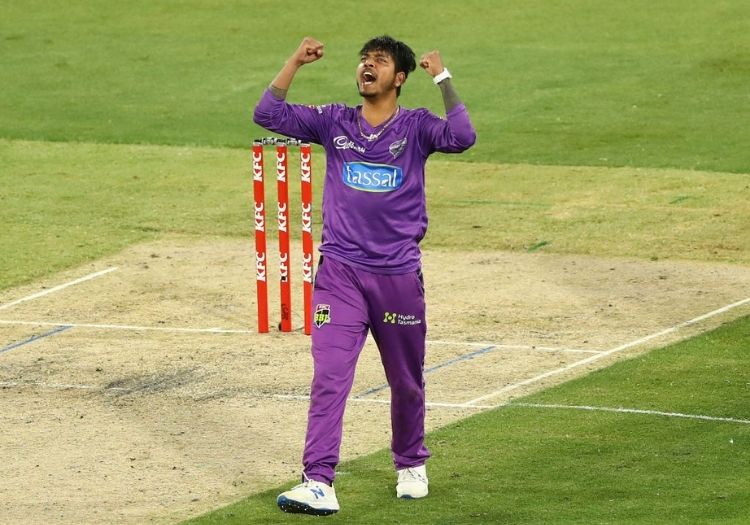 Speed merchants: We can expect the speed from both of the Curran brothers. Sam has taken up most of the spotlight on the international scene recently, but older sibling Tom comes into the tournament having taken four wickets in his last appearance in any competition: which was the second England ODI against Sri Lanka, and after a far less strenuous season than many of his colleagues, meaning he is fully rested. He still has 161 domestic T20 wickets, something that seems to have gone under the radar given the recent form of his younger brother, but expect Tom Curran and his renowned yorker to come back to the fore as the tournament gets underway.

Variation: Nathan Sowter, the leg-break bowler, will be providing the switch-ups along with Shamsi as the tournament progresses. Although he is Australian by birth, eligibility for a British passport through his mother’s side has meant he has avoided most of the problems that have plagued prospective international players in England - meaning he has no shortage of experience on the circuit. Registered to Middlesex, he was drafted to play across the river and not for London Spirit. He comes into The Hundred after a solid T20 Blast campaign in which he was one of the brighter lights in a poor team season.

Line and length: Reece Topley. The tall left-arm paceman has suffered with injury issues throughout his career but is still very much well known for his yorker or inswinger, which he can deliver with the extra edge his height gives him. With rotation and domestic one-day commitments in mind, he may not start in every match but will provide key depth to his side when he returns.

Ten-ball over candidate: Saqib Mahmood. After a successful domestic season in the Blast and the County Championship, Mahmood did not wait around when the chance to play the ODI series against Pakistan came around. Having nine wickets in the series, he will come into the Hundred brimming with confidence - and having bowled two of the final five overs last time out in the last ODI, Mahmood’s death bowling game is still only on the up. 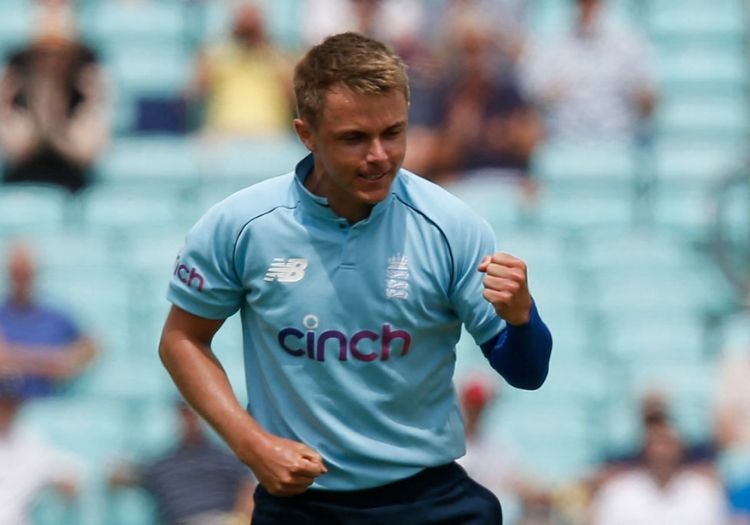 Gun fielder: There is no shortage of fielding talent in this side and one player to look out for here is also Jason Roy. The opener is known for his athleticism and creativity on the boundary, having highlight grabs while playing in the Big Bash League and the Bangladesh Premier League, something he will want to do again to entertain the local crowd.

Who takes the gloves?: Sam Billings. It’s a tough one, given that a wicket-keeper was drafted in as a Wildcard pick, but we expect Billings to get the nod given his extra years of experience over Cox: but as mentioned above, don’t rule out seeing both in the same team.

Changes from 2020: The Invincibles were not as badly hit as some of their rivals by the change of Kolpak status, the pandemic and the 12-month delay. Rilee Rossouw and Fabian Allen are missing, with Colin Ingram coming in. A dozen of the original squad were retained and are on course to feature, a group which was joined by Saqib Mahmood, who had previously been with Manchester Originals. Jordan Clark and Brandon Glover also arrived during the window.

Ground: The Oval is looking forward to welcoming a capacity of 23,500 fans on a ground that has plenty to offer for both batsmen and bowlers. The ground is known for its bounce, offering something for the pacemen and any attacking batter, but spin is known to come into play, especially if the English summer goes the right way and leaves the pitch dry.

Sound from the ground: The Oval will be showcasing a range of talent, from local artists, such as the 18-year-old unsigned Oscar Welsh. BBC Radio presenter and producer Abbie McCarthy will serve as the in-house DJ at The Oval.

Harry Gurney's analysis: "There is a core of players from the home ground who are familiar with the conditions so that will be useful for then. Sunil Narine will come in and be able to score runs, take wickets and not concede many.

"Reece Topley when he is fully fit is one of the best bowlers in the world. If he is injured for the whole comp that would be sad.

"They've got some power as well with Laurie Evans, Will Jacks and Alex Blake. Saqib Mahmood has just done really well for England so it is a good looking team.

"Jordan Clark is a decent pick-up and a dangerous cricketer. Cox and Glover are a little bit unproven but I think there is quality there." 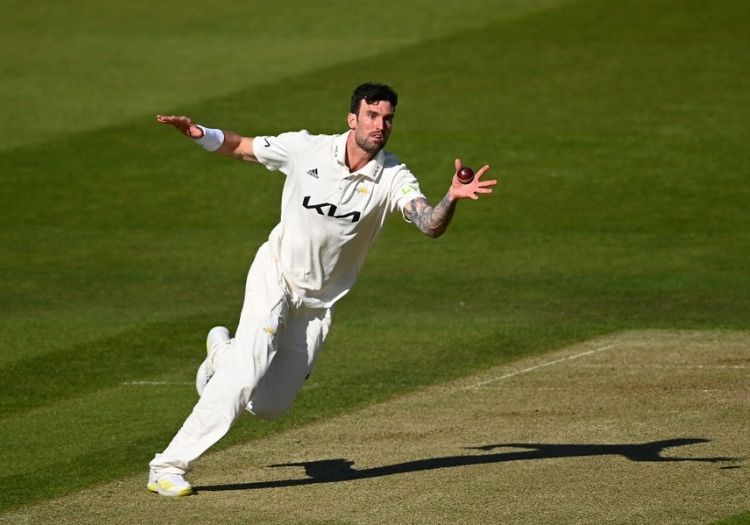