Who are the overseas stars? Where will games be won and lost? What has changed since 2020? The Cricketer takes a deep dive into London Spirit's men's squad ahead of the first season of The Hundred

Coach: Shane Warne. One of the best spin bowlers of all time, Shane Warne took 708 wickets in 145 Tests. He previously coached Rajasthan Royals, leading them to the 2008 Indian Premier League title while also captaining the side.

Captain: Eoin Morgan – England’s T20 and ODI captain, there is little Eoin Morgan doesn’t know about white-ball captaincy and is one of the game’s master tacticians. He has made over 350 international white-ball appearances in his career, leading England to Cricket World Cup glory in 2019, and is also Middlesex’s T20 captain.

Mohammad Amir: As a promising young fast bowler, Mohammad Amir helped Pakistan lift the 2009 T20 World Cup before his career was put on hold after he was found guilty of spot-fixing. However, since serving his ban, he has returned to the international scene and earned regular contracts in many of Asia’s franchise leagues and the T20 Blast. Amir has 221 wickets and an economy of 7.15 from 196 career T20s.

Josh Inglis: Australian Josh Inglis is an explosive top-order batter and wicketkeeper, with 941 runs at a strike rate of 143.44 in 41 Big Bash appearances for Perth Scorchers. He played a key role in the Scorchers reaching the 2020-21 BBL final, scoring 413 runs, including three fifties, in 17 matches, and also lit up this season’s T20 Blast, with a two centuries for Leicestershire Foxes.

Zak Crawley: Better known as a red-ball batter, Zak Crawley is no slouch in the game’s shorter formats, recently scoring an unbeaten half-century for England on his ODI debut. His T20 record is impressive, with 978 runs and an average of 32.6 from 32 innings, and he’s in fine form for Kent this season, with 326 runs from his first nine appearances.

Wildcard: Blake Cullen. Teenage pace bowler Blake Cullen is a player with a lot of potential. The 19-year-old only made his T20 Blast debut for Middlesex in June but is taking it all in his stride, with 18 wickets. Especially good when there’s movement in the pitch. 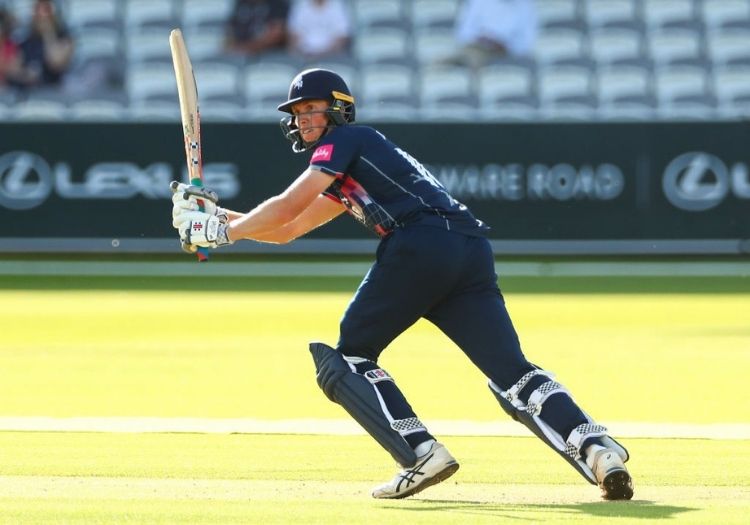 Zak Crawley: A cracking powerplay batter who excels at exploiting gaps in the field. In his nine Blast group-stage outings in 2021, he has smashed 35 fours and 12 sixes and scored with a strike rate of 159.

Josh Inglis: 157 fours and 52 sixes in 51 T20 innings and a pair of rapid centuries for Leicestershire Foxes in the Blast. A great range hitter in form.

Luis Reece: The least well-known of the trio, Derbyshire’s Luis Reece has come into his own in white-ball cricket in 2021, smashing 351 runs at a strike rate of 171.21 and a huge 55 boundaries (37 fours, 18 sixes) in 12 matches. Unlikely to attract the same attention as Crawley and Inglis but could shine if the former departs for England duty.

Joe Denly: Currently in third place in the all-time domestic T20 run standings, Joe Denly has scored 27 50-plus knocks for Kent and Middlesex and scores at a brisk, if not world-beating 125.05. He’ll stick around without accumulating too many dot balls.

Eoin Morgan: With Denly not a shoo-in for the starting XI given the wealth of batting talent in Spirit’s squad, the England captain could also be called upon to fill the anchor role. He’s likely to bat at No.4 and will have to use all of his experience to bridge the gap between Inglis and Co at the top of the order and the Nabi-Bopara smash-and-grab axis in the middle.

Finisher: Here are two – Mohammad Nabi and Ravi Bopara. Both batters rolled back the years in the Abu Dhabi T10. While only batting in five innings for Delhi Bulls, Nabi scored 39 runs at a strike rate of 156. Bopara, meanwhile, crunched 165 runs from just 85 balls to record a whopping strike rate of 194.11. Both particularly adept at picking off poor deliveries and spin bowlers, expect this veteran duo to cause chaos at least once during The Hundred.

Problem areas: On the face of it, London Spirit have quite a balanced squad, with a mix of aggressive batsmen (Crawley, Inglis), players who excel against pace (Morgan, Reece) and players who can handle spin (Nabi, Lawrence). Their middle-order finishers are slightly problematic – both Nabi and Bopara are good options but also blow hot and cold. And then there’s the dilemma of what happens if/when Crawley and Lawrence are selected for England’s red-ball side. Rossington and Denly are good understudies but not of the calibre of Crawley and Lawrence. 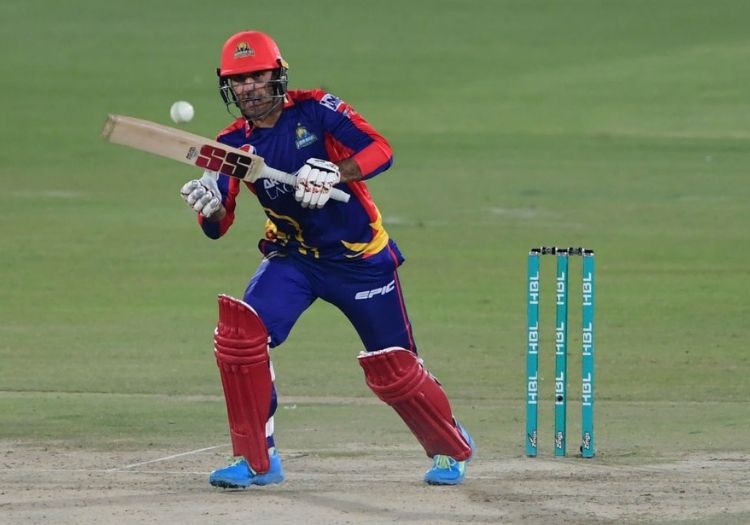 Mohammad Nabi will use all his experience in The Hundred

Mohammad Amir: His speed is consistently in the high 80s and occasionally touches 90mph. Amir bowls well in both the powerplay and at the death and has proved his skills in England in the past, taking 24 wickets in 21 appearances and bowling with an economy of 7.02 for Essex Eagles in the T20 Blast.

Blake Cullen: The wildcard may be worth the risk on home turf at Lord’s.

Variation: Mohammad Amir can swing the ball and has a good yorker which can be deployed to great success at the death. Given Jade Dernbach's age and lack of playing time in 2021, he’s unlikely to be involved in Spirit’s first-choice XI. However, he is well known for his arsenal of death over weapons, including slower balls, yorkers, bouncers and the odd delivery reaching 90mph. Worth considering for this reason alone.

Ten-ball over candidate: Amir, again, could be an options here, particularly with the new ball to get the innings off to an intimidating start. On a spinning track, or to target batsmen who struggle against spin, Mohammad Nabi could also be an option. His career T20 economy is 6.94 while he has looked solid for Northants in the Blast this season (seven wickets and 6.03 runs conceded per over). He has the potential to slow the game down but as with his batting, the issue is whether he’s blowing hot or cold. 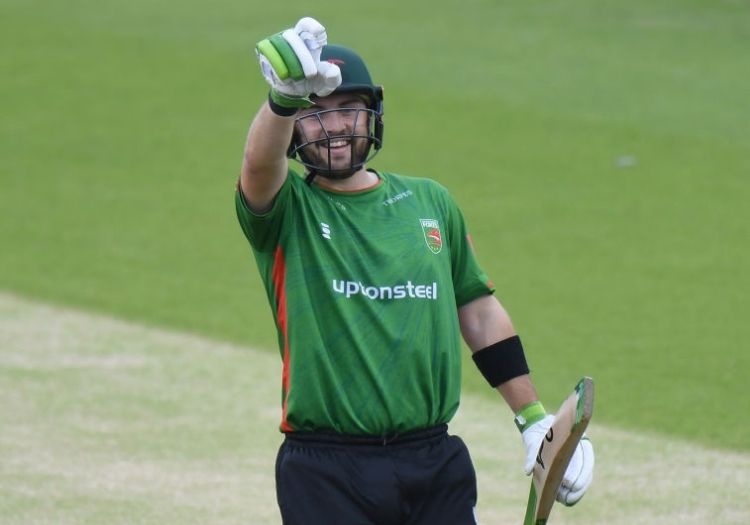 Gun fielder: Nabi, despite being the second oldest player in the London Spirit squad (Roelof van der Merwe is one day older), could be crucial in the field. He has 45 catches in 81 T20Is, placing him fifth on the all-time list. Then again, with Eoin Morgan pulling the strings, Spirit are likely to have a tidy fielding unit.

Who takes the gloves?: Australian Inglis should be Spirit’s first-choice ‘keeper. He’s held the gloves for Leicestershire Foxes, taking six catches and one stumping, and has completed 41 dismissals in 55 career T20 appearances. Adam Rossington is a great back-up option if Inglis prefers to concentrate on his batting, particularly at the Northants man is also performing well with the bat in 2021. However, he’s only likely to find a regular spot in the XI if Lawrence and Crawley are called away by England.

Changes from 2020: London Spirit have made comparatively few changes to their squad. Rory Burns moved to Oval Invincibles in February 2021, with Zak Crawley elevated to the England contract-holder berth. Meanwhile, Kyle Abbott was released due to losing his Kolpak status. Ravi Bopara, who was released by Birmingham Phoenix, and Hampshire’s Chris Wood filled the two gaps in the squad.

However, they did suffer a blow in June when Australian allrounder, Glenn Maxwell, pulled out of the tournament. He has been replaced by fellow Aussie, Josh Inglis.

Ground: Lord’s – The home of cricket. The average first-innings score in T20 has flicked between 170 and 180 over the past three years, while chasing sides are marginally more likely to win. The pitch at Lord’s is famous for its slope, which bowlers can use to their advantage. Traditionally, seam bowlers are more effective from the Pavilion end while swing bowlers (Amir) enjoy success from the Nursery End. Morgan’s knowledge of the grounds as a Middlesex regular should come in handy.

Sound from the ground: Radio presenter Jess Iszatt will be the resident DJ at Lord’s, with Gracey (Trent Rockets, July 29), Alfie Templeman (Southern Brave, August 1), and Asha Gold (Northern Superchargers, August 3), also performing at selected matches. The live artist for London’s Spirits first home match of the season against Oval Invincibles is yet to be revealed.

Harry Gurney's analysis: "One guy in there who might be a bit underrated is someone like Adam Rossington. A very, very dangerous player. Not one of the bigger names on the teamsheet but he is worth looking out for.

"I can't think of many players around the world who I've bowled at who plays the short ball better than he does. He's an unbelievable puller and hooker of a ball.

"As long as all the bowlers are fit I don't think there is any reason to be concerned about the attack. You're going to get four overs out of Nabi and Amir. Jade is for me is still one of the best death bowlers in the world still and Chris Wood has a great record playing for Hampshire. When you throw a bit of Luis Reece, Ravi Bopara and Mason Crane in there they seem to have all bases covered.

"They'll be some concern about Jade's fitness but they can get him firing it looks like a well-balanced team.

"You look at the squad and you'd think Blake Cullen will have to wait for his chance. But at 18 what a chance to be around some experienced players and learn from them. And as and when he arrives what a stage to show people what you can do. It's a nervy time but an exciting time when you start playing in front of big crowds, cameras are around and it is very exciting. 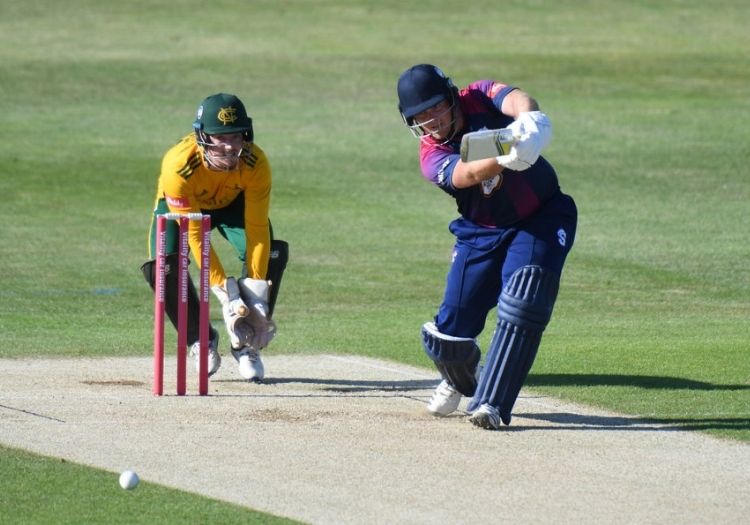 What impact could Adam Rossington have at Lord's?

"Eoin Morgan and Shane Warne represent quite the power axis. Two pioneers of the game of cricket. From a tactical perspective, we'll see some interesting tactics employed. With the leadership, they've got and the quality on paper they'll be a force to be reckoned with.

"Experience counts for a lot in these shorter formats because of the pressure you find yourself under when you get out on the field. It doesn't matter how well prepared you are and how many fields you've drawn on a flip chart on a team meeting when you get out there, there are TV cameras, a crowd and your captain is screaming at you from mid-off, the ability to remain calm in those situations and deliver what is expected of you is what separates people."