Who are the overseas stars? Where will games be won and lost? What has changed since 2020? The Cricketer takes a deep dive into Welsh Fire ahead of the first season of The Hundred 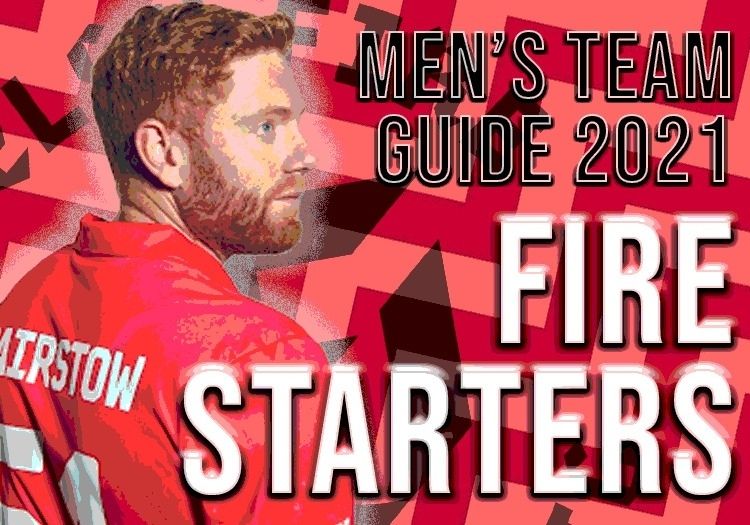 Gary Kirsten: Following an international career spanning 11 years the South African has turned his hand to coaching, with similar success. He guided India to World Cup glory on home soil in 2011 and then took The Proteas to No.1 in the Test rankings. Spells with Hobart Hurricanes and Royal Challengers Bangalore have since followed. A determined, mentally resilient individual as a player, he's developed the ability to manage individuals and prepare a team in various situations.

Jonny Bairstow: Having been overlooked as the local icon at Northern Superchargers, that honour went to Ben Stokes, the Yorkshireman might feel he has a point to prove. He might not get long to do it, but as one of England's greatest white-ball batters, his impact over only a handful of games cannot be overstated. Doesn't possess a heap of captaincy experience but he will lead with his performances.

Glenn Phillips When the Gloucestershire batter was only signed up for a handful of games before Kieron Pollard arrived, it seemed like a bit of an oversight. But with the West Indies allrounder now ruled out through injury, it seems like a blessing in disguise. The New Zealander has scored at a strike rate in the 160s in the Blast and set social media alight with some dazzling shots.

Jimmy Neesham: Another New Zealander in the ranks but his form has been moderate for Essex Eagles and he is scheduled to be replaced after three games.

Qais Ahmad: The Afghanistan leggie completes the overseas contingent and he might be the most important of them all. With nearly 80 T20s under his belt, Ahmad is as experienced as 20-year-old's come but he faces even more pressure being heaped on his shoulders given the lack of other spin options. Could even be thrown the new ball. 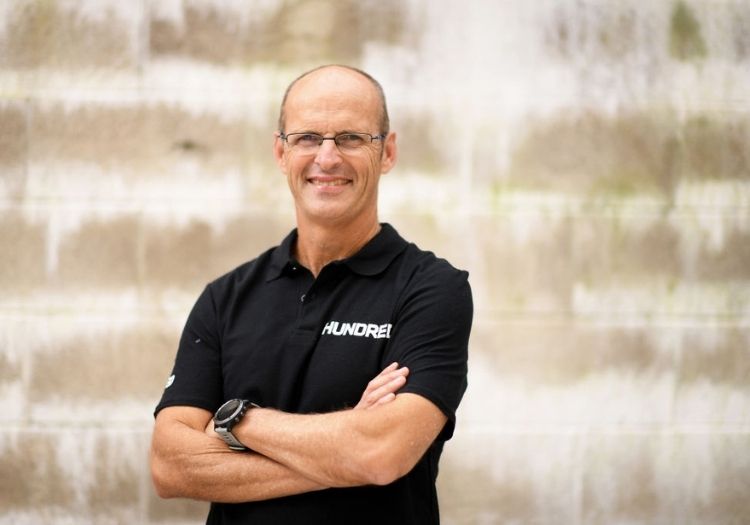 Tom Banton: After what was a tough 2020, Banton opted to skip the IPL to concentrate on matters closer to home. In the Blast, the 22-year-old has returned to something approaching his best. His century against Kent was a special innings while his tournament runs have come at a strike rate in the 190s. It remains to be seen how many Somerset fans are able to make the trip over the Severn Bridge, but he'll be a big-ticket item in south Wales.

Leus du Plooy: Enjoyed a fine run in the Blast for Derbyshire Falcons, before his and their campaign was cruelly cut short. Scored 395 runs at 39.50, with three fifties for a side who at times were cannon fodder for their North Group rivals. Some nimble wrists and long leavers will make him an eye-catching watch as and when his opportunity comes. Returns to Cardiff having been released following the 2019 postponement.

Power-hitters: Though he has returned to something approaching his career average, Ian Cockbain's Blast form last year singled him out as a genuine power-hitter. His 399 tournament runs were scored at 169.78 as Gloucestershire reached Finals Day. Indeed, there is plenty of firepower in Cardiff. Phillips, Bairstow, Banton and Du Plooy make up a seriously explosive line-up, all of whom are capable of taking games away from an opponent. Add in Neesham and Josh Cobb and there is genuine depth to call upon.

Anchor: Ben Duckett is a changed man from 2019 when he was central to Notts' failure to reach the final of the Blast. Fast forward 12 months and he played the most assured innings of his life in helping beat Surrey as the Outlaws claimed the title at Edgbaston. An England recall underlined how trusty a performer he has become against the white ball. Has scored at the 150s this season but can be a calm operator when required.

Finisher: Ollie Pope would be a prime candidate for this role, but injury and England commitments are likely to rule him out. His funky 52 not out in the recent Blast win over Middlesex was as classy a match-winning knock as you're likely to see. Though he doesn't carry much form into the competition, Neesham's body of work makes him ideal for this role. In T20Is he scores at 157.28 runs per hundred balls and is particularly adept against quick bowling.

Problem areas: For all the power in the line-up, new ball wickets in the powerplay could be fatal. Neesham and Liam Plunkett will provide runs down the order but in the absence of Pope there are few candidates to bat through. Expect Fire to blow hot and cold. 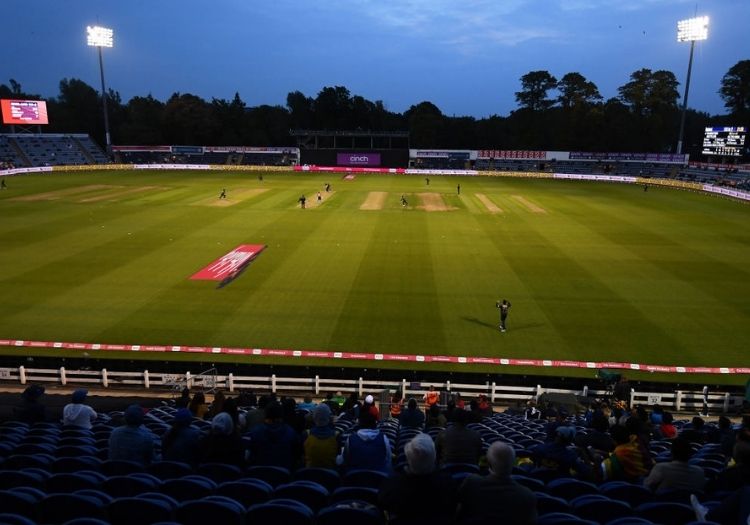 Speed merchants: South Africa's Lungi Ngidi is likely to be used as the express pacer and can easily hit 90mph - though that comes at the expense of control. Finding a place for him in the XI might be problematic, though that is partly solved by him being unavailable for the big kick-off, but there are few alternatives, with much of the seam attack better suited to taking pace off.

Variation: Liam Plunkett middle-overs prowess helped win England a 50-over World Cup and even at 36 he still has plenty to give. Yorkers, wobble-seam, cutters, bumpers; Plunkett has a whole bag of tricks that could play havoc with opponents after the fielding restrictions have lifted.

Line and length: Gloucestershire pair David Payne and Ryan Higgins won't blow the opposition away, but they'll put the ball on a length and plug away. Left-armer Payne is a shoo-in for the starting XI particularly given he will expose any lateral movement on offer. Jake Ball's Blast form for champions Notts got him back into the international reckoning and is bound to pick up wickets, even if they come at a price.

Ten-ball over candidate: Ahmad is a tricky customer, able to deceive batters in flight and on pitches providing some extra pace and bounce he can be a menace. A T20 career economy rate of 7.15 tells you everything about how difficult he can be to get away and new batters could be easy pickings.

Problem areas: This is probably the weakest bowling line-up in the competition. Ngidi is the only high pace option and it remains to be seen if he features. Ahmad is the only quality spinner in the ranks and who opens the innings and bowls at the death are areas of the team that need clarity. 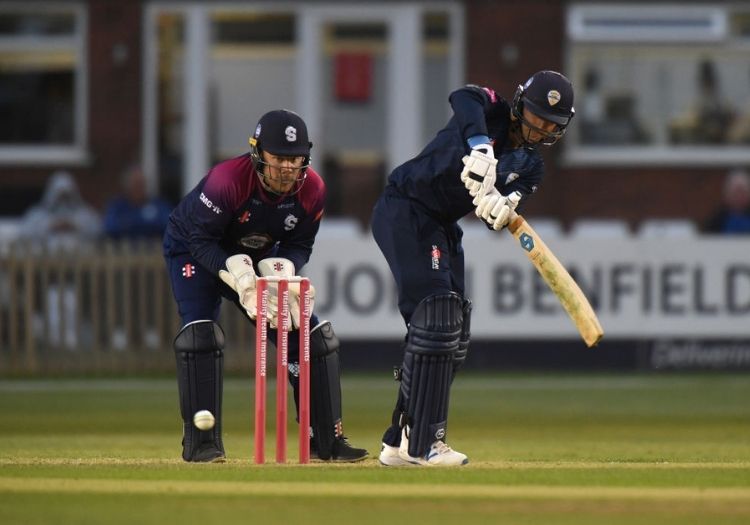 Gun fielder: With a high number of keepers in the squad, whoever misses out will be key figures in the field. Pope might have a watching brief is a mighty fine boundary rider. Bairstow and Duckett are quick along the ground and have good arms. Glenn Phillips is as athletic as they come, constantly coming up with remarkable catches in the outfield - not least against Middlesex in the Blast.

Who takes the gloves?: Captain, opener, keeper? That is the challenge facing Bairstow but you would imagine he will take the gloves when available. As mentioned previously, there is absurd depth in this role, with Duckett, Banton, Pope and Phillips in reserve.

Changes from 2020: It might be that Pope's injury and England selection makes him the only unavailable player during the group stage. That said, the losses from 2019 were significant. Mitchell Starc and Steve Smith have not returned, Colin Ingram, Danny Briggs, Ravi Rampaul and Ryan ten Doeschate departed and Simon Harmer was declared overseas. Jhye Richardson and Kieron Pollard were picked in the re-draft but neither will fulfil their deals, being replaced by Neesham and Phillips. Matt Critchley and local boy David Lloyd were among the new faces.

Ground: Sophia Gardens. The aesthetically peculiar Cardiff ground has short straight boundaries, at 60 and 64 meters, with the River Taff in close proximity meaning deploying spinners is a risk. Hitting the ball square means rotating the strike and frustrating bowlers is more than possible, which cannot be ruled out as a viable scoring option. The England-Sri Lanka men's T20s were dominated by the bowlers, with batters unable to get through their shots. Nevertheless, this is a traditionally slow surface that is tough to score on. Only Old Trafford and The Ageas Bowl have slower scoring rates. 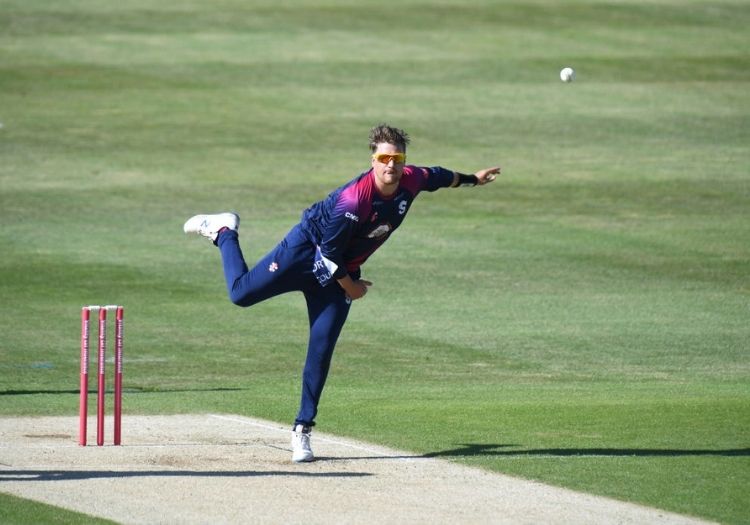 Can Josh Cobb force his way into the reckoning?

Harry Gurney's analysis: "It is a really interesting dynamic at the top with Banton and Phillips, with Ben Duckett probably coming in at three or four I'd imagine.

"Another underrated figure in that group is someone like a Josh Cobb, who I know was gutted not to get picked up in the first draft. He's been a really consistent performer in the Blast for a long time now.

"Me and Josh came through at the same time at Leicestershire and I'm pleased for him that he's involved this time. It is a bit like the Rossington situation, someone who might slip under the radar of the analysts but he can do some damage.

"Ollie Pope hasn't played a lot of white-ball cricket so he is a little bit of an unknown quantity but you'd bank on him being a pretty good one. But from day one they're probably been preparing for life without Ollie Pope. It is Bairstow that would be the big blow.

"With those two out of the equation, there doesn't seem to be much depth there with the bat.

"I think people like Bally and Plunkett will use the pitch at somewhere like Cardiff, cross-seam deliveries at a ground with short straight boundaries. They'd prefer to see batters play square of the wicket than down the ground. That suits that attack, particularly Liam Plunkett.

"David Payne I think is really underrated. As a fellow left-armer, I've watched him the last couple of years and he's a serious bowler actually. Ryan Higgins nails his yorkers too. I'd say they're slightly stronger in the bowling than the batting but overall I'd say the weakest of the squads."