Pitches, absentees and upsets: What to look out for when the T20 World Cup kicks off 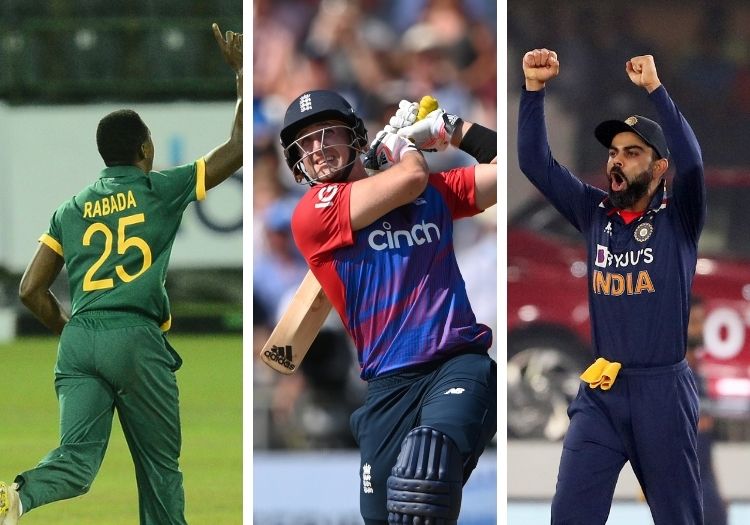 The tournament kicks off with a qualifying stage held in Oman. Two groups of four will play each of the teams in their group once, with the top two from each group progressing to the Super 12 stage. Group A consists of Ireland, Namibia, Netherlands and Sri Lanka, while Group B contains Bangladesh, Oman, Papua New Guinea and Scotland. Hosts Oman have the honour of launching the tournament, taking on Papua New Guinea on October 17.

The Super 12 stage, to be played in Abu Dhabi, Dubai and Sharjah, is split into two pools. Group 1 consists of Australia, England, South Africa and West Indies, plus the winner of Group A and the runner up of Group B. Group 2 includes Afghanistan, India, New Zealand and Pakistan, in addition to the winner of Group B and the second-placed side in Group A.

The top two sides from each Super 12 group will qualify for the semi-finals, the winners of which go through to the showpiece final, set for November 14 at the Dubai International Cricket Stadium.

In a tournament packed to the rafters with superstars, compiling a “ones to watch” list is by no means easy: there are just so many absolute guns set to be involved with both bat and ball.

West Indian opener Evin Lewis is one of those. Ranked seventh in the world, Lewis enters the tournament off the back of a stunning CPL campaign, in which he smashed 38 sixes for champions St Kitts and Nevis Patriots. England’s Liam Livingstone is another colossal striker of the ball and was arguably the most in-form batter in T20 cricket before a poor IPL leg with Rajasthan Royals.

He has cemented his place in his country’s middle order, though, following a summer in which he walloped 27 sixes for Birmingham Phoenix and made his debut T20I century against Pakistan. Glenn Phillips of New Zealand is a versatile and dynamic hitter, capable of changing a game from anywhere inside the top six, while Pakistan’s Mohammad Rizwan holds the record for most T20I runs in a calendar year with 752 to his name already in 2021, and will be looking to add plenty more in the UAE.

With the ball, wrist spin will have a big role to play. South Africa’s left-armer Tabraiz Shamsi is the top-ranked bowler in the world with 28 wickets in 2021 so far, while Sri Lankan Wanindu Hasaranga has seen his stock rise significantly of late, and will never have a better opportunity to show the world his undoubted talent. Seamers Lockie Ferguson, Jasprit Bumrah, Kagiso Rabada and Tymal Mills all have much to offer, too. 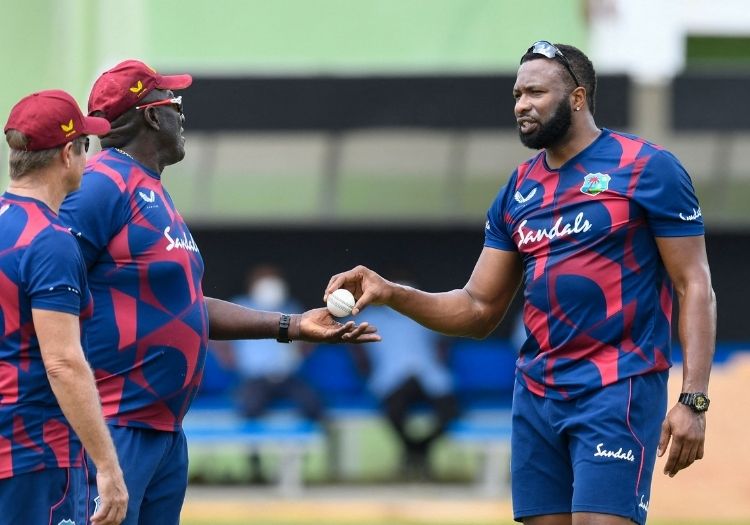 Kieron Pollard captains defending champions West Indies, who are without Sunil Narine after the off-spinner failed to meet his side's fitness standards

An ICC tournament is, among many other things, a snapshot of where cricket is at during a particular moment in time. And as with any picture, there’s only room for so many subjects within the frame. Like most competitions, there are some high-profile omissions from the squads for various reasons.

England miss out on Jofra Archer through injury, and Ben Stokes was unavailable for selection while he prioritises his mental wellbeing and recovers from a broken finger. Elsewhere, India’s Washington Sundar is also out with to a finger injury, while Marcus Stoinis’ involvement is in doubt after pulling his hamstring while bowling for Delhi Capitals in the IPL.

New Zealand have not selected explosive opener Finn Allen or in-form seamer Adam Milne, though the latter will travel as an injury reserve. But South Africa have perhaps the longest list of notable omissions, with Imran Tahir, Faf Du Plessis, Chris Morris and George Linde among the absentees from their squad.

The first three names are no longer contracted to Cricket South Africa, though Tahir and Du Plessis had pledged their availability prior to the squad’s announcement. Linde’s omission is odd, though, having seemingly established his place in the side in his 14 T20Is. He will, however, travel as a reserve.

If the second leg of the IPL, also held in the UAE, has taught us anything, it’s that the pitches are going to be very helpful to bowlers in the T20 World Cup.

Much has been made of the possibility of the UAE strips being slow, and conducive to spin. India’s spin-heavy squad certainly suggests that they’re expecting this, too. But the early stages of the IPL’s second half have seen seamers operate to great success.

The likes of Anrich Nortje, Rabada and Ferguson have begun the second half of the IPL superbly, aided by surprisingly green tracks. Their ability to bowl express pace across numerous stages of an innings have proved key thus far, and if the pitches remain as grass-covered as they have been, then multi-phase pacers will be in for a treat come the start of the competition.

If, however, strips flatten out over the course of the IPL, and become as slow and low as expected, then teams will likely line up with spin-heavy bowling attacks. Expect to see sides filled with as many different disciplines of spin as their squads allow, in order to have a positive match-up available at all times. This is where spin-bowling allrounders, such as England’s Liam Livingstone and Moeen Ali, or India’s Ravindra Jadeja, will become immensely valuable. They can slot into the middle order as genuine batters, while offering their captains additional options with the ball. 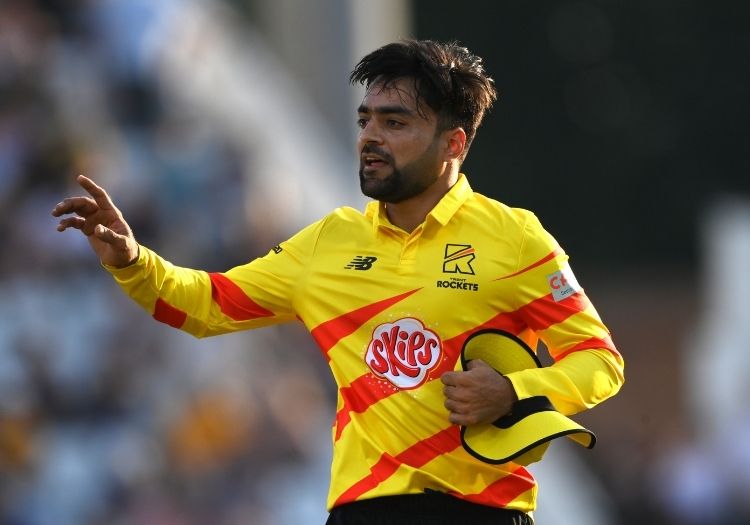 Rashid Khan resigned the Afghanistan captaincy after confirmation of his country's initial squad, which has since undergone some changes

The bookies have England and India down as tournament favourites – but it’s interesting to note that both sides come into the competition looking a little undercooked in terms of preparation, compared to some of the other teams. India have only played eight T20Is this calendar year, while England have taken the field in just six.

Compared to South Africa, who have played 18, and Pakistan and West Indies, who both have 17 under their belt, the difference is clear. This isn’t necessarily indicative of anything huge – the franchise-based nature of T20 cricket means that the majority of players involved are used to building a team environment very quickly – but it does leave open the possibility that England and India don’t click quite as rapidly as might be expected of them.

There’s also the overhanging cloud of bubble fatigue, an increasingly common fixture of today’s game. The IPL saw many big names drop out, including England’s Chris Woakes, Jos Buttler and Jonny Bairstow, due to the mentally exhausting conditions of life in bio-secure environments.

And make no mistake, it is an incredibly draining and taxing way of life, particularly when players are not afforded much of a break in between bubbles. The mental health of players and staff should be of paramount importance: competitions played under these conditions require a huge effort, and it remains to be seen how sides will manage their players’ workloads across the tournament’s duration.

One of the most exciting parts of an ICC tournament is the potential for an upset. The T20 World Cup has seen its fair share of giant-killing since its inception in 2007, and there are several sides in the Round 1 stage of the tournament that could be well placed to continue that tradition.

Netherlands have beaten England twice in the tournament’s history, once in 2009 at Lords, and again in 2014 in Chattogram. Their squad in 2021 features a wealth of experience, with the likes of Roelof van der Merwe, Ryan ten Doeschate and Paul van Meekeren boasting years of knowledge gleaned from their time on the franchise circuit. In Max O’Dowd, they have a potentially explosive opener who will fancy his chances after a successful 2019 Qualifier tournament in the UAE. If they qualify for the Super 12s, there’s every chance they could claim a few wins.

Ireland, too, are a side with the quality to ruin the knockout hopes of a few teams. As mentioned above, Stirling is a match-winner in his own right, but he is by no means the only player they can rely on.

South Africa-born allrounder Curtis Campher has impressed in his fledgling ODI career so far, averaging 51 with the bat and 30 with the ball, while the experience Kevin O’Brien adds depth and nous. They – nor Scotland and Papua New Guinea sides with squads very capable of claiming full-member scalps – are not to be taken lightly.