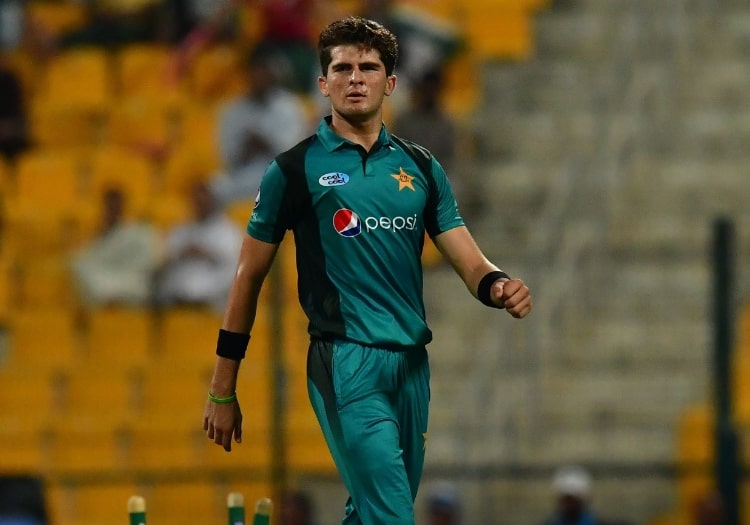 "He is a left-arm bowler, he is tall and he reminds me of me in my youth as his bowling action is also identical, coming in sideways, and extracting bounce." - Those are the words of the great Wasim Akram upon watching Afridi.

Standing at 6ft 6in, the ability of Shaheen’s limber frame to generate pace and bounce has fired him into the international set-up.

Having played tape-ball cricket growing up, Shaheen switched to the hard-ball on the advice of his elder brother - Riaz Afridi who played one Test for Pakistan - and has made his way through Pakistan’s youth system since being selected for an Under-16 tour of Australia.

The bowler announced himself in first-class cricket - playing for Khan Research Laboratories in the Quaid-e-Azam Trophy - by taking eight for 39 against Rawalpindi. Those represented the best figures ever taken by a Pakistani on first-class debut.

Shaheen represented his country at the Under-19 World Cup in 2018, where he claimed 12 wickets in five matches including six for 15 against Ireland.

When he made his international debut in April 2018 - a T20I against West Indies at Karachi - Afridi became the first cricketer who was born after the millennium to represent Pakistan. Before 2018 was done, Afridi had ticked off his ODI and Test debuts as well.

He was named Player of the Series after Pakistan's three-match ODI conetest against New Zealand in 2018, having taken nine wickets at 11.33.

The Test debut - against New Zealand at Abu Dhabi - came despite Shaheen having only three first-class appearances to his name, just like Wasim.