A relatively young batsman who can take on almost any attack with a penchant for scoring hundreds, Azam is one of the players to watch at the tournament 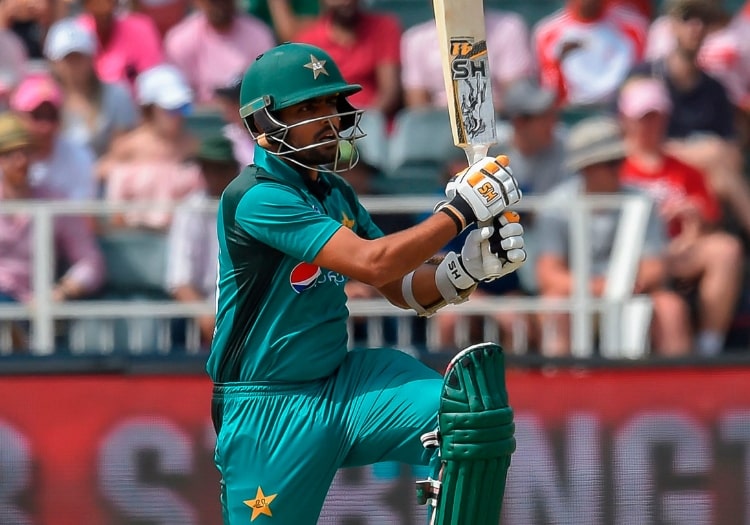 Away from the headline acts of the 2019 World Cup, it could well be that the stand-out batting displays this summer come from this diminutive 24-year-old.

With over a hundred international appearances across all formats already under his belt, and with Virat Kohli one of his many victims en route to the top there is no reason why Azam can't become cricket's next superstar.

Few outside of his home city of Lahore would be surprised to see Pakistan waltz to a second world title thanks to Azam's explosiveness.

Appearances at two Under-19 World Cup - he scored two centuries and scooped four man-of-the-match awards across both editions - provided a platform for his undoubted talent.

By 2015, he had won full international honours and come the following year was a staple of the team.

Five half-centuries came in his first nine one-day innings and though he struggled in England he went to a hundred three times in a row against West Indies to confirm his undoubted class.

In January 2017, against Australia he became the joint-fastest player to 1,000 ODI runs, a record since surpassed by two of his current Pakistan teammates, and was named vice-captain to Sarfaraz Ahmed for the Champions Trophy.

It was a relatively low key first major senior tournament for Azam, but unbeaten scores of 31 and 38 helped beat South Africa and England before a 47 against India secured the title at The Oval.

Though the year of 2018 delivered just one ODI century, it was in the shorter format where Azam excelled, becoming the fastest man to four figures in T20 cricket - surpassing India's talisman Kohli with a knock of 78 in victory over New Zealand.

A blistering 90 at a strike-rate of 155.17 against South Africa provided another indication of his ability and he arrives in England - he is set for an extended spell having signed with Somerset for the T20 Blast - as a marked man. But not necessarily one that is possible to stop.