At 38 years old, Mohammad Hafeez is one of the oldest and most experienced players at this year's World Cup 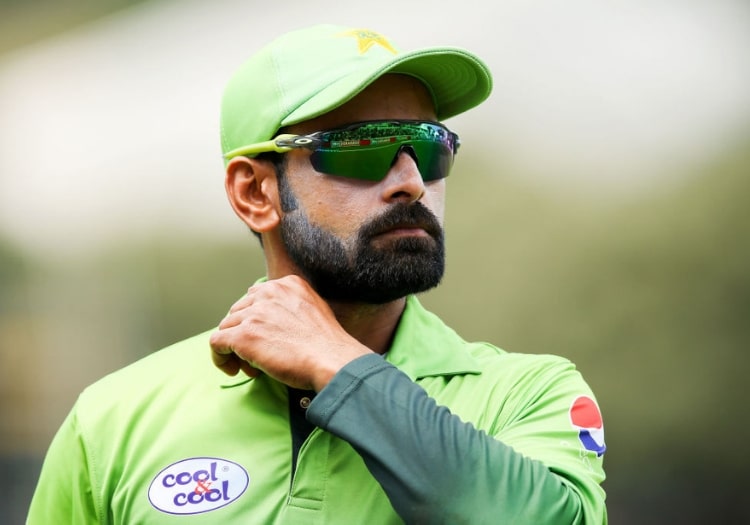 The allrounder has played in 55 Tests, 89 IT20s and well over 200 ODIs during his 16-year career for Pakistan.

He has also captained his country in two ODIs, and he was the permanent IT20 captain between 2012 and 2014.

Although Hafeez has featured in 10 World Cup matches (two in 2007; eight in 2011), his competition record is poor – scoring just one half-century. He also wasn’t prolific in Pakistan’s triumphant Champions Trophy campaign; failing to score a half-century prior to the final.

However, in that crucial match against India, he smashed a 57 off 37 to push the team’s total over 300. He was also instrumental in the crucial run-out of Hardik Pandya, which ended India’s chances.

Hafeez’s overall ODI record in England isn’t great. He’s featured in numerous tours of the British Isles and has only made three innings of note (in non-ICC tournaments). The first came way back in 2003, when he made a stubborn 69 to help Pakistan chase down 205 to win.

That day he faced Andrew Flintoff, Darren Gough and Ashley Giles – how times have changed. There was also a punchy 64 at Lord’s in 2010, and in 2013, he hit 122 not out against Ireland in Dublin.

His recent form has been decent. In the first ODI against South Africa in January, he scored a match-winning 71 against the prolific Duanne Olivier, Kagiso Rabada and Imran Tahir. He also batted well in the third ODI, making 52 before being undone by Rabada. Now a reliable middle order batsmen, Pakistan will be hoping he can make an impact this summer.