The Pakistan captain and wicketkeeper. Has developed a knack for scoring important runs in a side that sometimes lacks stability 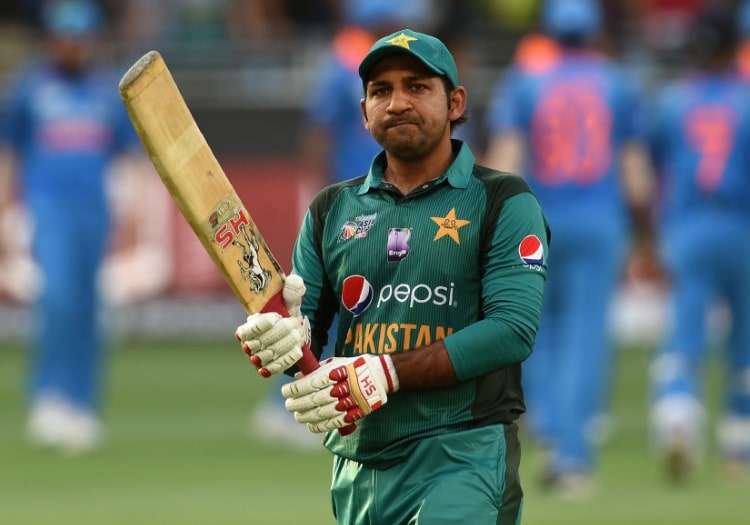 A list which includes Imran Khan, Inzaman-ul-Haq and Shahid Afridi will now be added to by Sarfraz Ahmed, but it hasn't been a routine or even tranquil route to becoming the latest player to captain Pakistan at a World Cup.

The Karachi-native burst on the scene in 2006 by guiding his country to a second successive Under-19 World Cup.

In a tournament including David Warner, Tamim Iqbal, Eoin Morgan, Rohit Sharma and Tim Southee ended with a young Pakistan side prevailing - could we see a repeat 13 years on?

It took another eight years for Sarfraz to become a regular in the international set-up and arguably not until the 2015 World Cup was his talent finally allowed to flourish.

Having missed the opening four games of the tournament, he was called upon to play South Africa in Auckland where a run-a-ball 49 and six dismissals inspired a 29-run win by Duckworth-Lewis. Only Adam Gilchrist has completed as many during a single World Cup innings.

That man-of-the-match performance was followed by another against Ireland, with a century sending Pakistan through to the quarter-finals.

Ever since he has become one of the country's most reliable performers and after being given the T20 captaincy in 2016 following the World Cup, he was named Test and ODI skipper the following year.

Leading a 50-over team in disarray and as the lowest ranked heading into the Champions Trophy, Sarfraz united the squad and following a heavy opening defeat to India they went on a run which included beating hosts England in the semi-finals then overcoming their great sub-continent rivals in the final.

The victory ensured he became the first Pakistani to lead their country to a major tournament success since Khan, but though he could eclipse the great man this summer, Sarfraz has some way to go to mirror his reputation.

In January 2019, Sarfraz was suspended for four matches after he racially taunted South Africa's Andile Phehlukwayo and was replaced by Shoaib Malik for the remainder of the tour. Yet, the PCB stood by him (perhaps in stark contrast to their reaction to his temporary successor) and retained him both for the World Cup and as captain.

So while he may not return to England in the same light as he left it two years ago, his record at major events means Pakistan cannot be overlooked as potential champions.