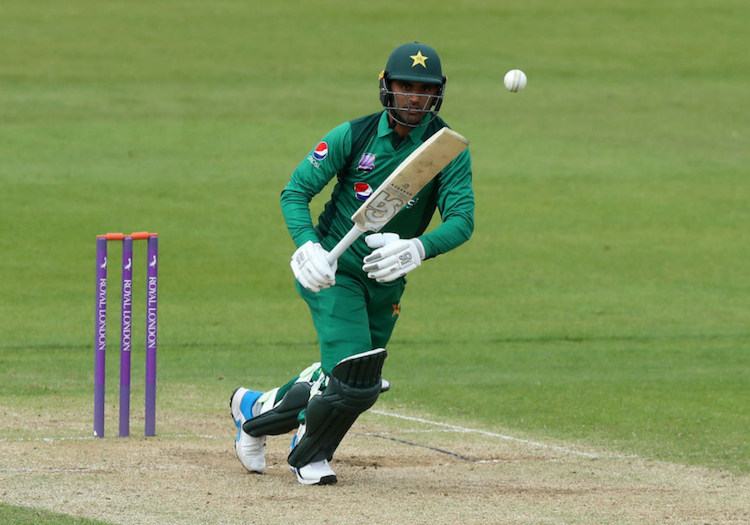 While Pakistan were crashing out of the 2007 World Cup - defeats to West Indies and Ireland saw them join India on the early plane home - their opening batsman for this summer's showcase was also doing the hard yards.

Zaman is one of cricket's late bloomers. As his country were toiling in the Caribbean, the 17-year-old was starting life with the Pakistan Navy as a sailor - an altogether different ordeal.

For 12 months he would face a regime which would go on to inform his cricket career. The year included early starts, plenty of runs, school and then sport in the evening. A move to Karachi followed for further training, but it would actually lead to his cricketing breakthrough.

The Singh capital provided Zaman with a direct route into the sport via the Pakistan Naval Cricket Academy. He scored a century on his first appearance and has never looked back.

Provisions were put in place to ensure Zaman would not slip through the net. Naval coach Nazim Khan passed him on to Azam Khan, who had a reputation for nurturing players in the area.

Quickly he was relinquished of his duties as a sailor and re-enlisted in the navy as a sportsman. Zaman could rest easy that with his family relying on his earnings, a nautical career would await him if his cricket ambitions were not realised. But there was no danger of that.

He rose through the first-class ranks, playing for Karachi and Peshawar before earning a contract with Lahore Qalandars in the Pakistan Super League in 2017 - his latest big break.

A record of 277 runs with a top score of 94 saw him named in the Pakistan T20 side which toured the Windies, though much like his country 10 years previous he struggled with the step-up in class.

Fortunately, Zaman had done enough to win a place in the squad for the Champions Trophy, where he took centre stage. Half-centuries against Sri Lanka and hosts England in the semi-final was followed up by a maiden one-day hundred in the final against India at The Oval. They don't get much bigger.

It says much about Zaman's career that the innings in London is not his stand-out moment in international cricket. In July 2018, he became the first Pakistan player to hit a double century in an ODI when he crushed 2010 not out against Zimbabwe - a tour during which he became the fastest player to 1,000 ODI runs -, thrusting him into esteemed company alongside Sachin Tendulkar and Chris Gayle.

Upon reaching the landmark, Zaman delivered another telling insight into his character by sharing the landmark moment in is career with those who had guided him to that point.

“I want to dedicate this to Sir Nazim, and my friends from Pakistan Navy with whom I shared room," said Zaman. "My coaches at NCA.

Sportspeople with humble, perhaps even troubled upbringings, have a distinct edge in a competitive environment. Low moments in their careers are nothing in comparison to the suffering they may have previously encountered. Everything can be seen in perspective.

Zaman's late coming to elite sport and route into the Pakistan team makes him a humble individual able to fully appreciate every opportunity afforded to him. No failure will be too great to comprehend, and no success will be overblown. That dynamic makes him extremely dangerous at the top of the Pakistan order.