In May 2019, Wasim climbed to No.2 in the ICC T20I bowling rankings, one place ahead of compatriot Shadab Khan 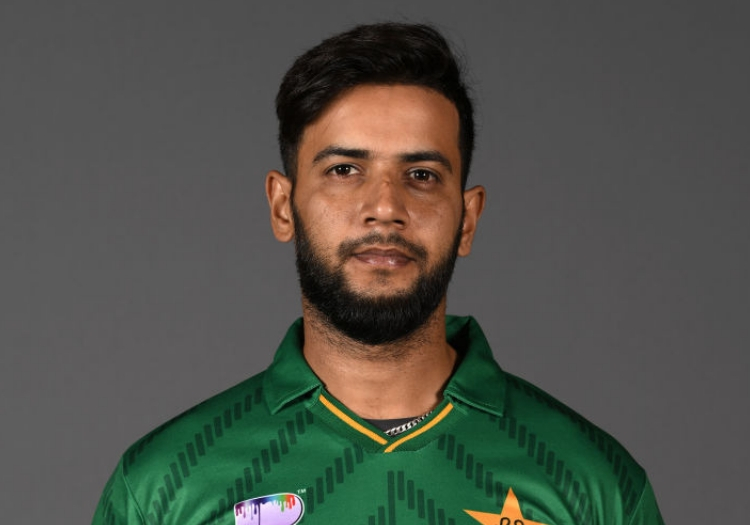 Swansea-born Wasim turned to leg-spin when it became apparent he did not have the speed required for the top level and he’s mastered his craft.

Wasim was part of the squad that won the Under-19 World Cup in 2006. He would go on to captain the side in the the 2008 tournament.

Life as a full international began in 2015 with the allrounder making his T20I debut against Zimbabwe at Lahore in May before a maiden ODI appearance came against Sri Lanka in Colombo two months later.

Wasim is a handy batsman - after 41 ODIs his batting average sat at 47.40, having struck five half-centuries in 29 innings. In 2014 he notched his highest first-class score, a double-century (207) batting for Islamabad.

In May 2019, Wasim climbed to No.2 in the ICC T20I bowling rankings, one place ahead of compatriot Shadab Khan.

In 2016 he became only the second Pakistan bowler, after Umar Gul, to take a five-wicket haul in a T20I with five for 14 against West Indies at Dubai.

Wasim picked up three wickets in the 2016 T20 World Cup and featured in all five of his country’s fixtures as Pakistan lifted the 2017 Champions Trophy in England.