The world's greatest batsman just keeps on churning out the runs for his country. Capable of extreme aggression and considered accumulation, the Indian skipper has already established himself as one of the all-time greats 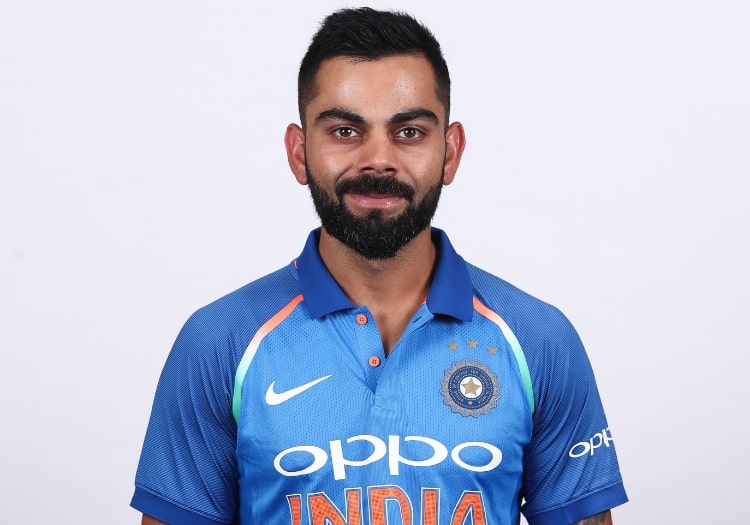 From a chubby-faced schoolboy to being regarded as the best batsman in the world, Virat Kohli’s international career has seen him scale new heights at every given opportunity.

The most popular and revered performer in the sport, Kohli is already a World Cup winner after India’s triumph in 2011, the player of the tournament at the World T20 in 2014, and as captain led India to eight successive Test series victories.

And that’s all before you come to the 41 ODI hundreds since his debut in 2008, only his idol Sachin Tendulkar has more, and the 25 Test hundreds since 2011, with an average of over 50 in all formats to go with them.

Some 25 of those 41 hundreds have come when chasing, as he masters the blend between tempo and firepower, and 21 out of those in winning causes.

These are just some of the staggering figures alongside Kohli’s name, but they are complemented with a fervent passion on the field and a fitness regime that has not only seen him raise his standards by losing weight, but also of his teammates.

Those leadership responsibilities only increased as he took over the captaincy from MS Dhoni, first in 2014 in the Test arena and then in the shorter formats in 2017. He also captains the Royal Challengers Bangalore in the IPL, who have yet to win their first competition but for whom he scored 973 runs in 2016 on their road to the final.

Kohli hasn’t always had it his own way, with the 2014 tour of England being a particularly low moment of his career, but in the five-year period following he has dominated the world game, scoring centuries in all conditions, which included breaking his England hoodoo with two centuries and three fifties in Tests last summer.

However, England has largely been a place of frustration for the India captain, losing the 2017 Champions Trophy final to Pakistan at the Oval, while he also lost the Test and ODI series against England last summer despite his individual achievements.

No challenge has ever seemed too great for the 30-year-old, but this summer’s World Cup could very well push him to reach even greater heights if India are to get over the line.