Probing, fast and difficult to handle, the seamer is among a rich arsenal of fast-bowling options at Virat Kohli's disposal... 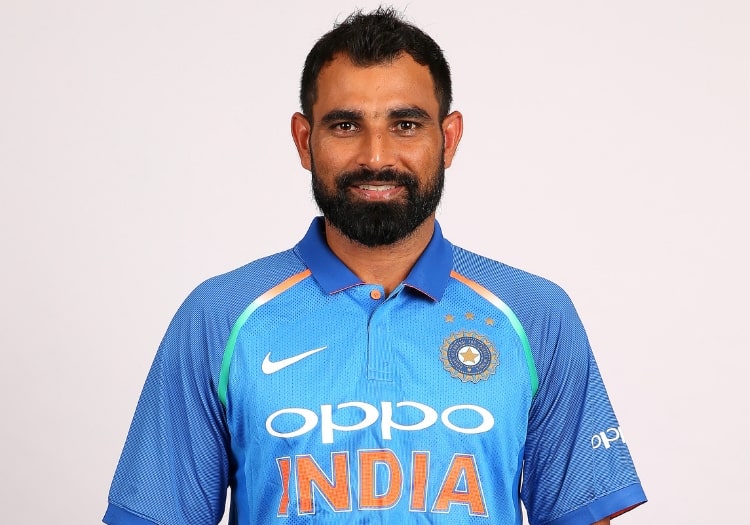 Hailing from Uttar Pradesh, Mohammed Shami’s use of pace, accuracy and ability to move both the old and new ball has made him one of India’s most well-rounded bowlers.

Beginning his first-class career with Bengal, Shami played only 15 first-class and 15 List A games before he was drafted into India’s ODI team for a game against Pakistan in Delhi in 2013.

That demonstrates how highly the selectors valued his 28 wickets from five matches at 21.35 in the 2012-13 Ranji Trophy, and he continued that form not only on his ODI debut, returning 9-4-23-1, but also in his first two Test matches against the West Indies, taking 11 wickets at 16.54 in Sachin Tendulkar’s farewell series.

Shami was also hugely impressive at the last edition of the World Cup, where he picked up 17 wickets, including 4-35 against Pakistan in India’s opening game of the tournament, and was their most economical bowler at the tournament before the semi-final struggle against co-hosts Australia.

However, following the highs of the World Cup campaign came an extremely deep nadir as it was later revealed that the 28-year-old had played not only the World Cup, but the preceding Test series against Australia as well, with a knee injury.

And until recently that had come to define Shami’s career, with countless fitness issues coupled with inconsistency in stints leaving selectors with an almighty conundrum despite his natural talent of moving the new ball and reverse-swinging the old one, even in unhelpful conditions.

However, in the absence of Bhuvneshwar Kumar, who himself has been struggling with his own injury problems, Shami has put his behind him and presented himself as a wicket-taking option at all stages of an innings, as evidenced by his nine wickets against New Zealand this year, which included figures of 6-2-19-3 in the second ODI at Mount Maunganui.

Now reaching peak fitness after what he has described as “outstanding changes” to his life in the last six months, as well as bowling regularly for the Kings XI Punjab, the third IPL franchise he has represented, Shami appears raring to go in tackling the next challenge on the horizon.