An elegant and powerful top-order batsman, Sharma has a remarkable habit of going big in the one-day arena... 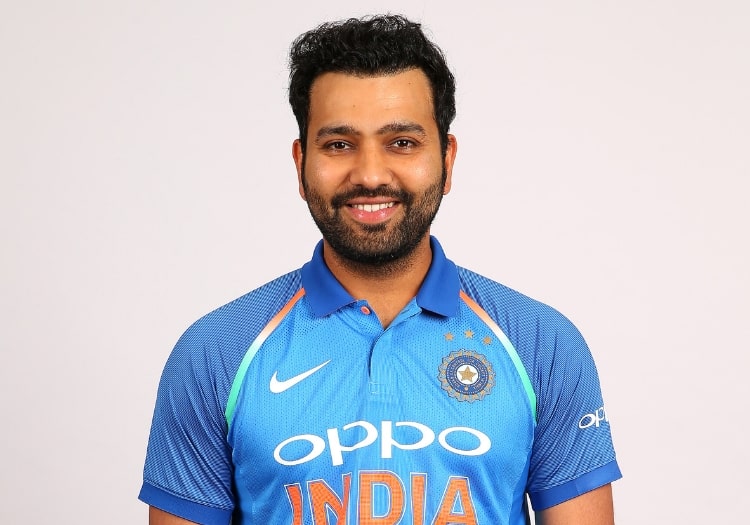 Nicknamed ‘The Hitman’ and the very definition of oozing class at the international level, there are very few players who are easier on the eye than a Rohit Sharma in full flow.

Excellent dexterity and magnificent hand-eye coordination allow him that extra half a second which makes nearly every shot he plays appear as though it has been stroked rather than crashed towards the boundary rope.

However, for the first six years of his career it appeared that his rather languid style was more to do with arrogance than it was elegance, as the odd innings of pure class was then usually followed, and often preceded, by a series of damaging low scores.

Yet the watershed moment arrived in 2013 when Sharma was promoted to open the innings alongside Shikhar Dhawan, and the results were immediate.

After hitting a couple of fifties during the victorious 2013 Champions Trophy campaign, the 31-year-old began to realise his true potential in an ODI series against Australia, becoming just the third man to score a double-hundred in ODIs in Bengaluru, whilst also managing an unbeaten 141 in Jaipur.

A year later Sharma established a record belonging all to himself, smashing 264 against Sri Lanka in Kolkata, the highest ever ODI score by an individual to date.

ODI centuries abroad in Australia, Sri Lanka and England followed in the coming years, and he has even been given the chance to captain the side in the absence of Virat Kohli.

Four hundreds in T20Is, more than any other batsman, has ensured Sharma has enjoyed elevated status in the shortest format, not to mention his three IPL titles with the Mumbai Indians, although his career has never really taken off in the longer format.

Making two half-centuries and one hundred on his way to being India’s second-highest run scorer at the previous World Cup, they will give themselves a strong chance of going all the way this time if we see enough flourishes from the bat of Sharma throughout the tournament.