The son of former England international Peter adds variety to the England bowling attack with his left-arm seam... and he is very useful with the bat too 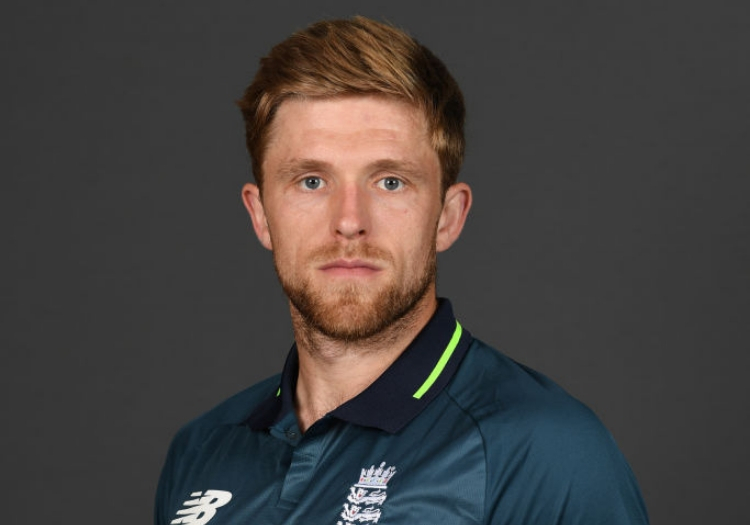 The son of former England allrounder and umpire Peter Willey, David made his debut for Northamptonshire at the beginning of the 2009 season as a wily left-handed bowler who could also contribute as a lower-order batsman.

Despite his consistency with both bat and ball at county level, Willey would have to wait until 2012 to really make his name, taking 43 wickets for Northants and playing an instrumental role - most importantly a 19-ball fifty, a run-out and a hat-trick in the final - as the county won the Friends Life T20 competition.

Already part of the England Lions squad, it was assumed that a full call-up was not far away given his expected participation in the England Performance Programme squad.

However, after finishing the 2013 season with a sore back, a stress fracture was discovered and subsequent shoulder surgery was required, putting talk of a 2015 World Cup spot for Willey abruptly to the side.

Nevertheless, the England selectors still acknowledged his well-rounded talent and he made a well-deserved international debut against Ireland in Malahide in May 2015, which he then reinforced with further excellent county performances, including a match-winning century against Sussex in the NatWest Blast quarter-final as Northants made the final.

A switch from Northants to Yorkshire the following season did not initially affect his England form, delivering a series of outstanding bowling contributions at the 2016 World T20, including 3-20 in England’s defeat against West Indies in the final in Kolkata.

But soon enough he failed to reach the expected heights at Yorkshire and on the international front he rarely completed his allocation of overs or got his turn to add some useful runs in the middle, and that saw him play no part in the 2017 Champions Trophy.

Willey seemed to rediscover better form in 2018, with a 4-43 in Durham against Australia and a 50 not out and 3-40 against India, but with his last action, due to family reasons, coming with the Perth Scorchers in the BBL, the 29-year-old has more than enough to prove ahead of an unprecedented summer of cricket.