Perry... Healy... Verma... Sydney Sixers have packed the top half of their order with proven international quality. Can they end a dry couple of seasons in 2021? 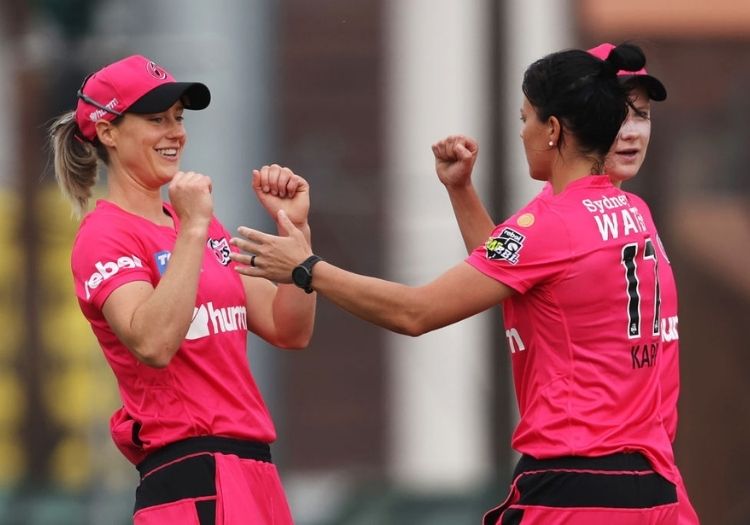 Coach: Ben Sawyer will serve as the head coach of Sydney Sixers for his seventh and final season before concentrating full-time on his assistant coach role within the national set-up. Sawyer, who also coached Birmingham Phoenix women in The Hundred, has led the Sixers to four WBBL finals, winning on two occasions.

Captain: Ellyse Perry will once again captain Sydney Sixers, a position she has held for the past six seasons. The allrounder has led her side to two WBBL titles and a further two finals. However, in the past two seasons, Sydney Sixers have finished outside of the top four.

Shafali Verma: In securing the signature of Shafali Verma, Sydney Sixers have bagged themselves the ICC world No.1-ranked T20I. Verma burst onto the scene as a 15-year-old India international in 2019 and arrives in Tasmania with over 1,500 career T20 runs to her name and a strike rate in excess of 140.

Radha Yadav: Not happy with just one of India’s young stars, Sydney Sixers have also acquired left-arm spinner Radha Yadav. The 21-year-old is rapidly approaching 50 T20I appearances for India despite her young age and boasts a career T20 economy of under a run a ball. Of the seven Indian players involved in WBBL 07, she is one of the least well-known on the world stage but could change that with a strong season in pink.

Veteran pacer Sarah Aley has retired while South Africa pair Dane van Niekerk and Marizanne Kapp have moved to Adelaide Strikers and Perth Scorchers, respectively. Maddy Drake, Jade Hicks and Lisa Griffith were released at the end of their Scontracts.

After reaching the first four WBBL finals – winning two of them – Sydney Sixers have endured two lean seasons with back-to-back fifth-place finishes. In 2020, the Sixers missed out on the knockout stages on net run rate, winning six of their 12 completed matches. 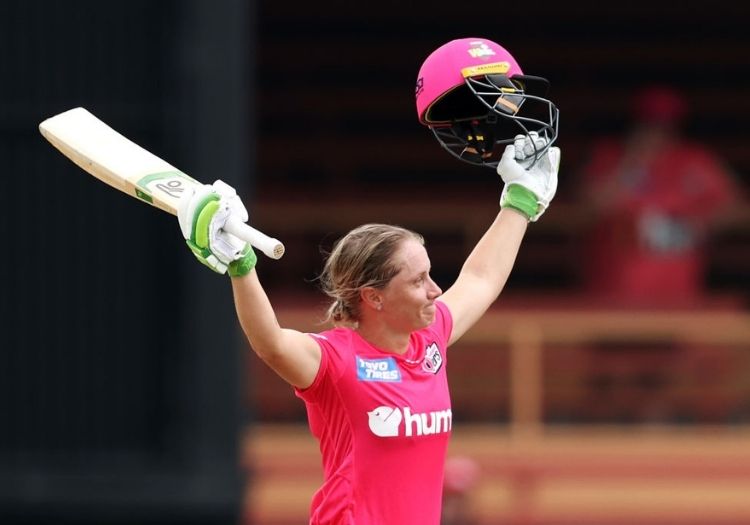 Alyssa Healy is a key part of Sydney Sixers' squad

Alyssa Healy scored a huge 71 boundaries in WBBL 06, of which 15 were maximums – a haul only Sophie Devine (Perth Scorchers) could surpass (18). Sydney’s wicketkeeper-batter, who is ranked eighth on the T20 Player Index, also scored 402 runs at a monster strike rate of 161.44, the highest of anyone to pass 200 runs last season.

Hard-hitting and possessing an array of show-stopping shots, Healy is full flow is a destructive force. And joining her at the top of the order this season will be India’s own wrecking ball, Shafali Verma. Still only 17 years old, she doesn’t yet have the consistency or aura of Healy but with a T20 career strike rate in excess of 140 and 26 boundaries in eight innings in The Hundred, she’s a very good apprentice.

Where Healy is destructive, Elysse Perry, her teammate at international and domestic level, is patient and controlled. The Sydney skipper scored 390 runs last season, passing 50 on three occasions, averaged 48.75, and recorded a healthy strike rate of 96.53. A strong strike rotator, Perry also favours excellent placement over raw power, as her 43 fours in WBBL 06 demonstrate.

Coming in to bat after Healy, Verma and Perry are Ashleigh Gardner and Erin Burns. Gardner has a WBBL career strike rate of 122.02 heading into WBBL 07 and scored 93 runs at a strike rate of 134.78 in seven innings last season. Burns, by contrast, doesn’t have particularly impressive WBBL stats but was in good touch in The Hundred, striking the ball at 121.87 for Birmingham Phoenix. Slightly lower down the order, allrounder Angela Reakes showed finisher potential against Melbourne Stars last November, scoring a quickfire 21 from 12 balls. The question is, can she do it on a regular basis?

With Verma, Healy, Perry, Gardner, Burns and Nicole Bolton at their disposal, Sydney Sixers have an enviable top six and shouldn’t have too many struggles with the bat this season. However, if they lose four or five of these players with more than a couple of overs remaining, they may regret not selecting a free-swinging, Sarah Glenn-type allrounder who can provide some oomph from the lower order. 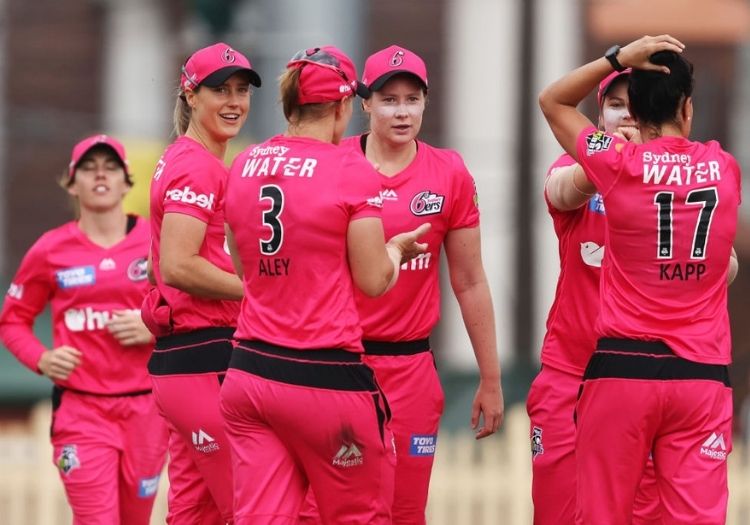 Will Sixers become WBBL champions for the third time?

Sydney Sixers have a trio of intimidating pace options in Maitlan Brown, Stella Campbell and Perry. Only Marizanne Kapp took more wickets in pink last season than tall medium pacer Campbell, who recently made her Test bow for Australia and is regularly trusted with a couple of powerplay overs despite her relative inexperience.

In Brown and Perry, meanwhile, the Sixers have two genuine fast bowlers, who can reach speeds of 125kph. Though slightly expensive, Perry took eight wickets last season. Brown, meanwhile, had a poor 2020, but took 16 wickets in WBBL 05 for Melbourne Renegades. Not lacking pace options, the Sixers can also call on teenager Hayley Silver-Holmes, Lauren Cheatle and Emma Hughes.

Tasked with replacing Dane van Niekerk’s 10 spin wickets is young Radha Yadav. A left-arm orthodox spinner rather than right-arm leg-spin, Yadav is both economical and a regular wicket-taker – skills which will be music to Perry’s ears. Supporting her in the spin department are part-timers Burns and Gardner, who took a combined 12 wickets in WBBL 06, and both conceded fewer than seven runs per over.

Following the departures of van Niekerk, Kapp and Aley, Sydney Sixers have lost not only a guaranteed 30 wickets per season but also a lot of valuable bowling experience. And while the new additions, namely Yadav and Brown, are precocious talents, they don’t quite match up to their predecessors. Sydney’s spin department, in particular, has taken a big hit in losing van Niekerk meaning there is a lot of pressure on Yadav to perform in her first WBBL season.

The most straight forward selection on the Sydney Sixers teamsheet. Alyssa Healy has kept wicket in 86 innings for the Sixers, completing 46 catches and 34 stumpings – the most in WBBL history. The safest of hands behind the stumps.