Serious overseas talent is stacked at the top of this Scorchers side, so can the hoemgrown young players play the supporting roles required to take Perth all the way in WBBL 07? 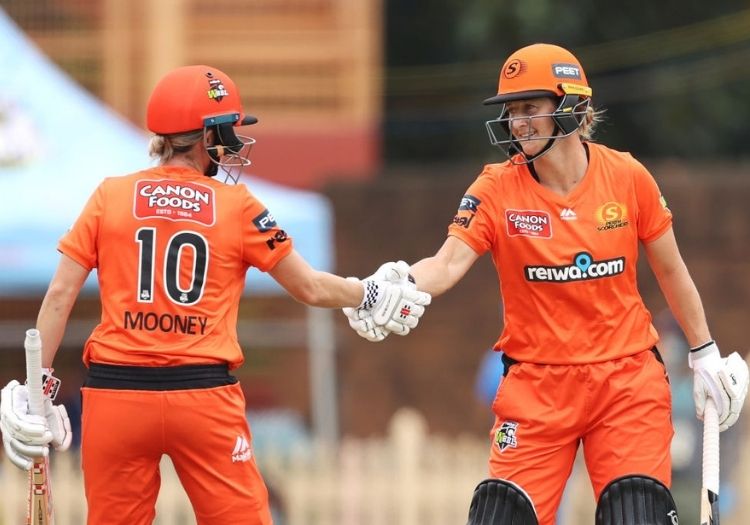 Coach: Shelley Nitschke returns to coach Perth Scorchers for a second season. The 44-year-old former Australia international, who spent two seasons with Adelaide Strikers as a player, led the Scorchers to the semi-finals in her first year in charge, winning six matches and losing six.

Captain: Also entering her second season at the helm is Sophie Devine. The New Zealander, who captains her national side in all formats, previously represented Adelaide Strikers before moving to Perth ahead of the 2020 season. She replaced the departing Meg Lanning as captain, while wicketkeeper Beth Mooney serves as vice-captain.

Sophie Devine: She’s the Perth Scorchers captain, a two-time player of the tournament, and the third-highest run-scorer in WBBL history – in short, a force to be reckoned with. The 32-year-old allrounder has scored 2,634 runs in the first six seasons of the Women’s Big Bash and requires 366 runs in WBBL 07 to become the first overseas player – male or female – to pass 3,000 runs in the competition.

Marizanne Kapp: Recruited from Sydney Sixers, South Africa international Marizanne Kapp is an exciting signing for Scorchers fans and a player who could win them that elusive first title. She arrives in Australia fresh from helping Oval Invincibles win the inaugural Hundred competition, scoring 150 runs, taking 11 wickets, and earning player of the match honours in the final.

Chamari Athapaththu: Sri Lankan batting allrounder Chamari Athapaththu will be familiar to WBBL fans after spending three seasons with Melbourne Renegades. And while she didn’t set the tournament alight in her first stint, scoring just 196 runs and taking four wickets in 16 matches, she returns to the competition with over 3,500 career T20 runs to her name and a career economy of 6.36.

There have been more than a couple of changes at Perth Scorchers, with overseas pair Amy Jones and Sarah Glenn unavailable, Emma King retiring and Jemma Barsby and Nicole Bolton signing for Adelaide Strikers and Sydney Sixers, respectively. Megan Banting and Georgia Wyllie were not offered new contracts.

Perth Scorchers finished fourth in the group stage of WBBL 06, pipping two-time champions Sydney Sixers to the final playoff spot on net run rate. In the semi-finals, the Scorchers came up against table-toppers Melbourne Stars and lost by seven wickets. 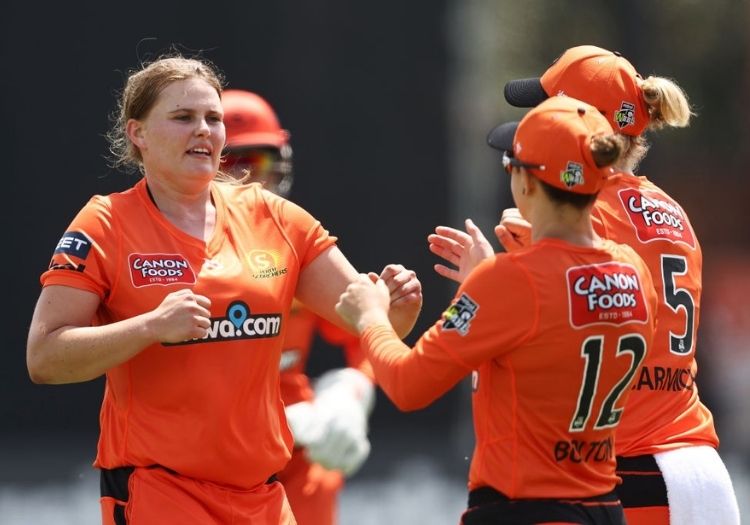 Can Perth Scorchers challenge for honours in 2021?

Sophie Devine is power-hitting personified. Last season, Perth’s skipper scored a huge 460 runs – her third successive 400-plus run WBBL season – of which over half (276) came from boundaries. Only Alyssa Healy (15) came close to matching Devine’s haul of 18 sixes last season – the 12th of which took her into triple-figures for career WBBL maximums. For context, the next player on that list is Sydney Sixers’ Ashleigh Gardner with 63.

The second half of Perth’s formidable opening duo, Beth Mooney is also not afraid to go big, striking 59 boundaries of her own on her way to 551 runs last season.

However, where Devine deals in maximums, her Aussie counterpart favours a solidly struck four and pinpoint placement. Consistently putting in big knocks at the top of the order, Mooney has passed 50 on 30 occasions in 89 WBBL innings, 13 of which have come in the past two years. Add in her WBBL career strike rate of 121.72 and you have just about the perfect foil for the free-swinging Devine.

Alternatively, Mathilda Carmichael showed potential in that department for Scorchers last season, posting 69 runs at a strike rate of 125.45 in five innings. The 27-year-old has been used sparingly in her five seasons in Perth, clocking up just 18 appearances, but with a WBBL strike rate of 111.11 from the bottom of the middle order, she might be worth a punt.

Perth Scorchers are over-reliant on Devine and Mooney. Last season, the duo scored around 62 per cent of their side’s runs while only three other players made it into triple figures.

And when both players were removed, as happened against Melbourne Stars last November 7, the wheels come off. In that match, after losing Devine and Mooney inside the powerplay, Perth were bowled out 118 in 20 overs with Heather Graham’s 30-ball 29 the highest score of the innings.

Granted, the Scorchers have added batting options to their roster this season, including Kapp, Chamari Athapaththu, Amy Edgar and Ash Day. However, Kapp has averages 20.93 across her T20 career, Athapaththu is yet to play her best cricket in the WBBL, and Edgar and Day are untested youngsters. If a team can halt both Devine and Mooney before they get into full flight, Perth Scorchers are going to struggle - how they could do with an Amy Jones in career-best form. 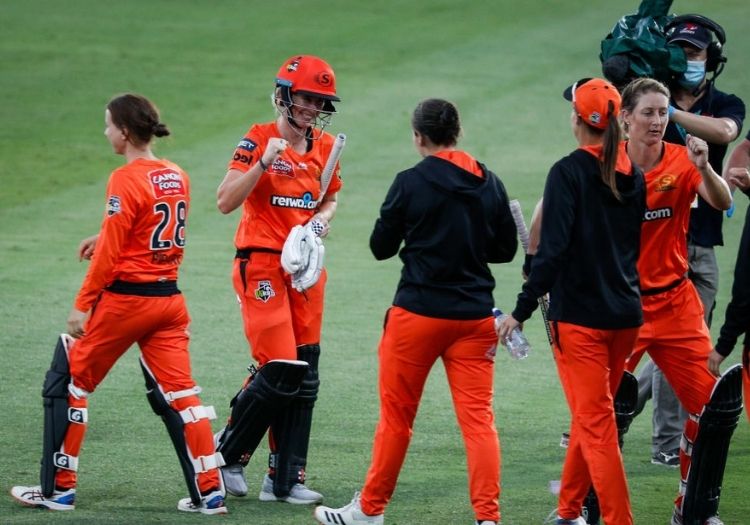 Perth Scorchers are blessed with plenty of pace options including Heather Graham, Piepa Cleary, Devine, Samantha Betts, Taneale Peschel and new signings Kapp and Athapaththu. Peschel was the standout pacer last season, taking 13 wickets with her right-arm medium-fast bowling and recording a team-leading economy of 6.13 – her best WBBL season to date. The 27-year-old Western Australia native does the dirty work for the Scorchers, excelling in the powerplay and at the death.

Allrounder Graham, meanwhile, has never taken fewer than 10 wickets in a WBBL season; is Perth’s all-time leading wicket-taker, with 84 dismissals in 83 innings; and heads into the 2021 tournament in red-hot form after completing a hat-trick for Tasmania against South Australia in the Women’s National Cricket League.

And then of course, there’s Kapp, who wreaked havoc in the powerplay during the final of The Hundred, picking up three wickets in 10 balls. Expert her and Peshcel to cause more than a few early batting wobbles this season.

In the off-season, Perth Scorchers succeeded in prizing Alana King away from Melbourne Stars, and what a shrewd piece of business that could prove to be. The 25-year-old, who typically bowls in the middle overs, took 16 wickets and conceded just a run a ball last season, taking her WBBL career haul to 54. The Victorian will be supported by 20-year-old off-spinner Lilly Mills, who has made one WBBL appearance to date.

Perth’s pace attack is all right-handers, meaning they run the risk of becoming too predictable. However, the biggest red flag is their spin attack which appears to consist of King alone.

Last season, Perth’s spinners Sarah Glenn and Nicole Bolton took a combined 27 wickets and bowled 87.4 overs. Crucially, Glenn also bowled regularly in the powerplay, a skill which King doesn’t often deploy. There’s a lot of pressure on the former Melbourne Star to make her four overs count and post another 15-plus run season.

Beth Mooney is Perth’s go-to wicketkeeper. The 27-year-old Australia international is the second-most successful wicketkeeper in WBBL history, with 75 dismissals (46 catches, 29 stumpings) to her name. As mentioned earlier, Mooney is also an exceptional opening batter and is 125 runs clear of Elysse Perry as the WBBL’s all-time leading run-scorer.