A History of The Cricketer: The 2010s

HUW TURBERVILL: The consortium Test Match Extra - led by chairman Neil Davidson, who had fulfilled the same role at Leicestershire CCC and Lord Marland of Odstock, who had challenged Giles Clarke for the chairmanship of the ECB - took charge 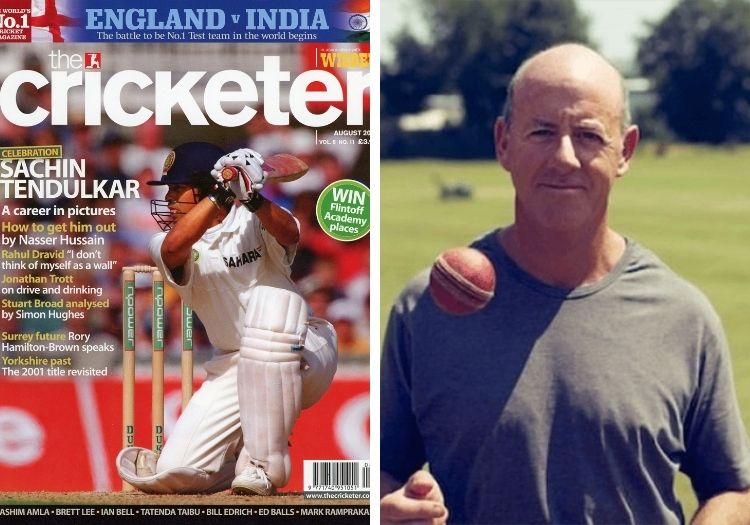 Keep the print product in rude health, but embrace the digital revolution. Media companies have been grappling with that balancing act for decades, and that has been the challenge for The Cricketer’s present owners, who took charge in 2010.

The consortium Test Match Extra was led by chairman Neil Davidson, who fulfilled the same role at Leicestershire CCC, and Lord Marland of Odstock, who had challenged Giles Clarke for the chair of the ECB in 2009.

One of their first moves was to hire Andy Afford as managing director. The former Nottinghamshire left-arm spinner – known for his natty dress sense – had an extensive publishing background, and tried to take the magazine in a new direction, making it a bit more ‘lifestyle-y’. He had some good ideas, but maybe the changes came a little too fast for readers who knew what they liked. His core journalistic instincts were sound, however. “Never tell people who buy Caravan Weekly that caravans are rubbish,” he would say.

Andrew Miller had proved himself as a fine writer on ESPNcricinfo, and came in as editor for a couple of years, working initially with Ed Craig, Daniel Brigham and Benj Moorehead, before he returned to the internet giant.

“It was a wild ride,” he said. “My one big idea, which also became a hill for me to die on, was the acquisition of the internet broadcasters Test Match Sofa. I saw it as an audio answer to Cricinfo’s ball-by-ball commentary, which would have given The Cricketer a unique online offering without undercutting the magazine’s print heritage. Unfortunately, the BBC saw it differently – although it is gratifying that three of the Sofa’s key personnel, Dan Norcross, Andy Zaltzman and Aatif Nawaz, would ride out the row to become Test Match Special regulars. Internally, it was a period of upheaval too. The magazine redesign alienated its subscribers and the editorial team too, who had to bear the brunt of the unfavourable feedback, and in the end the business direction became a bit of a turf war. I gave it my best shot.”

Former Northamptonshire and Lancashire opening batsman Alec Swann, brother of Graeme, then took a turn at the helm, as head of production and planning.

A period of stability arrived in 2016, however, when Simon Hughes, known so well to viewers of Channels 4 and 5 as The Analyst, became editor, with myself as managing editor. The duo had vast knowledge of Fleet Street and its major players – handy for recruiting writers. They had worked for many years on The Telegraph (together), The Times (Hughes) and Express (Turbervill).

They had lively and creative editorial meetings with the chief executive, Guy Evans-Tipping, who had a great appreciation of statistics and a shrewd business brain; and meticulous assistant editor, James Coyne, who had cut his teeth on the Wisden Cricketers’ Almanack and had a devotion to Associate cricket. James Bunce and then Geoff Barton controlled the look of the magazine, and did sterling work. 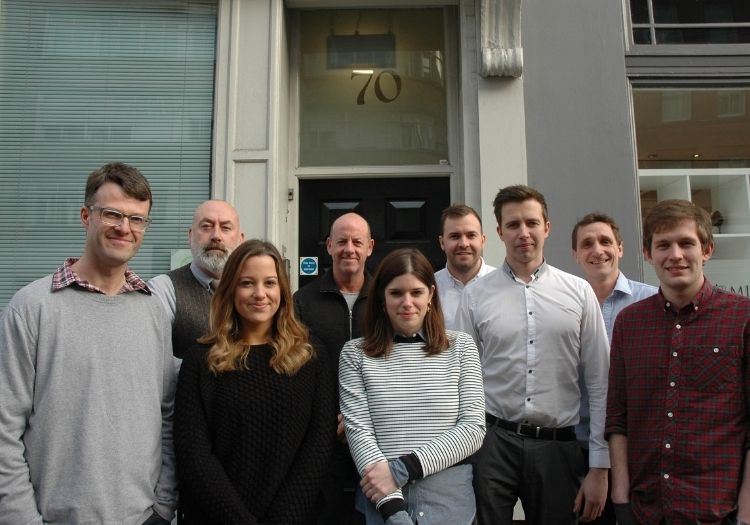 The Cricketer team pictured in 2016

If “the greatest game by the greatest writers” was the main mantra, then “let’s give the readers what they want” was not far behind. I liked to cite Cubby Broccoli’s stewardship of the 007 movies. Often John Stern’s magazine the decade before proved a handy reference point. The love of county cricket was acknowledged with increased coverage, but all levels of the game were covered, as they had been for the previous 95 years of the magazine’s history.

Hughes, Coyne and Nick Friend all featured regularly, alongside my own articles, and the readers seemed happy.

There were well-researched, thorough investigations on cricket in state schools and how the decline in recreational participation could be staunched, and we published a blueprint on how so many different formats could be accommodated in a summer schedule that looked a baffling jigsaw, with the controversial Hundred about to be shoehorned in by the ECB.

When Covid-19 struck, production of the magazine shifted to individual homes with the office closed, but Zoom calls ensured the team kept communicating with another

When the pandemic struck, some people wondered if the magazine would struggle in the absence of live cricket. But actually the editorial team took stock and capitalised on the extra time for features and sections to put the magazine in the slow-cooker. There were well-received special editions on the best cricket books, and celebrations of the county circuit, and black cricketers – how we could get Britain’s African-Caribbean community to fall in love with the game again. “It used to be said of Test Match Special in its halcyon days that the programme was more interesting when there was actually no play, i.e. during bad light/rain breaks,” wrote subscriber Andy Kirby from Carmarthenshire. “Much as we’re missing cricket in this lockdown, your magazine is in danger of coming into the same category.”

The magazine didn’t just put all its content on the website for free like so many publications did; but the digital product flourished in its own right anyway, under the leadership and industry of Sam Morshead, and his team of Friend, Nick Howson and Owen Riley.

While the magazine and website had a more settled feel, there were quite a few shifts behind the scenes as we changed offices a number of times. It is fair to say we will never forget our cohabitation with Extinction Rebellion, in the old county court at Kennington. When we had to negotiate a path to our office on a few mornings over people in sleeping bags, protected by their dogs, we realised our time there was running out. We even had a film crew come in and make an ITV courtroom drama!

When Covid-19 struck, production of the magazine shifted to individual homes with the office closed, but Zoom calls ensured the team kept communicating with another.

A notable achievement by the entire team was to actually increase the number of subscribers in 2020, quite something when the vast majority of publications including the big newspapers groups have all haemorrhaged print readers thanks to the growth of the internet.

Now there is hope that a return to normal life can be achieved thanks to the vaccines, there is relief that the business seems to have survived. The Cricketer’s century can be celebrated in April, and a bright future can be anticipated.