A History of The Cricketer: The 1960s

HUW TURBERVILL: During the 1960s The Cricketer – now fortnightly – was kept on its toes by a spritely rival, Playfair Cricket Monthly, until the former bought out the latter in 1973 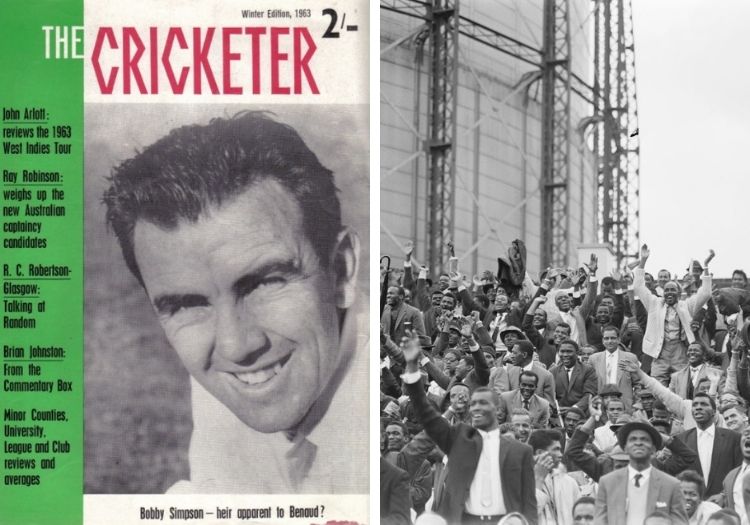 The times they are a-changin' wrote Bob Dylan in 1964, and during this decade there was considerable change behind the scenes at The Cricketer.

The Sir Pelham Warner era was drawing to a close, with key figures in the magazine’s future, EW Swanton, Christopher Martin-Jenkins, the Brocklehurst family and David Frith, taking guard.

In about 1960 ‘Plum’ donated his shares to his younger son John, and he ran the business. He appealed to friends in the media to assist the editorial team of Peter Morris (the editor from 1962–64) and Arthur Langford (1964–66), and his wife Meg on subscriptions, as the latter duo ran the magazine from their home in Surbiton, and then Cobham, Surrey.

More than 200 readers bought shares in The Cricketer to help keep it afloat. John Haslewood, a solicitor by training and a director of Watney’s beer, also appeared on the scene. Swanton started to influence editorial matters, a development that delighted Plum in a letter dated February 1962: “How glad I am you were prepared to take an interest in The Cricketer.” Warner died a year later aged 89.

During the 1960s The Cricketer – now fortnightly – was kept on its toes by a spritely rival, Playfair Cricket Monthly, until the former bought out the latter in 1973. Langford finally retired and in 1967 Swanton became editorial director.

The new team managed somehow to keep the ship afloat before the business was bought by a company in 1965 called Hutchinson, whose chairman RAA Holt (Sussex) and vice-chairman Noel Holland had both been cricketers. Hutchinson were distinguished publishers of books, not magazines, however, and Ben Brocklehurst, captain of Somerset in 1953 and 54 and a director of Mercury House, took control.

Ben’s son Tim tells the story: “Swanton went looking for other support because Hutchinson were about to close it down. His search led him to Ben Brocklehurst who was then running a stable of trade magazines at Mercury House. Brocklehurst convinced the Mercury Board to buy The Cricketer for a good price in 1967. The Cricketer lasted only three years at Mercury House. After that it was deemed 'not profitable enough' and Mercury sought to sell it. In the months which followed Brocklehurst contested the sale and ended up taking it home as his 'redundancy payment'. That is my account, as told to me by my father (and Jim Swanton).” 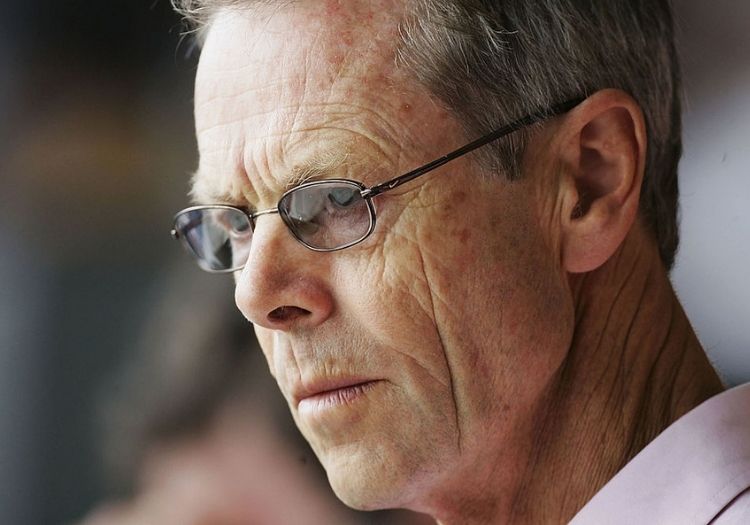 Christopher Martin-Jenkins first appeared in The Cricketer in the 1960s

In the same year Tony Winlaw and Henry Lewis devised the idea for The Cricketer Cup, a knockout competition for old boys of public schools. There were 32 entrants. Repton, led by Donald Carr, defeated Radley led by Dexter, who made 80 not out, in the inaugural final at the Household Brigade’s ground at Burton Court in Chelsea.

Steve Pittard chronicled its conception in a book called Gentlemen, Gypsies and Jesters: “Competitive old boys cricket was, in fact, just around the corner. It was in 1966, during an I Zingari / South Wales Hunts match, that over a glass of port Old Harrovian Tony Winlaw and Shrewsbury Saracen Henry Lewis mooted the idea of an old boys limited-overs knockout tournament. On their return to London they chanced upon Ben Brocklehurst in the bar of the Bath Club and, after a few more drinks, during which the idea was kicked around, the competition was born. Brocklehurst, the former Somerset captain and proprietor of The Cricketer magazine, put the wheels in motion and turned the dream into a reality. Christened The Cricketer Cup, and sponsored by Champagne Pol Roger, it ran on the lines of the Gillette Cup, albeit with only 55 overs a side to avoid ridiculously early starts.”

Tim Brocklehurst adds: “The Cricketer Cup was then the first of a series of competitions which were initiated to help support the fragile financial standing of The Cricketer.”

By now Irving Rosenwater had joined the staff, Swanton commenting on his “mastery of cricket knowledge”, with John Reason as assistant editor, “adding a professional punch to the make-up and content”. Martin-Jenkins also cut his teeth in journalism after leaving Cambridge, before moving to the BBC, while Patrick Eagar was ‘special photographer’.

"The Cricketer lasted only three years at Mercury House. After that it was deemed 'not profitable enough' and Mercury sought to sell it"

The decade also saw the entrance of Frith, who edited The Cricketer in the 1970s, moved to England from Australia in 1964. His first pitch – the difference between Sydney first-grade cricket and club cricket in Surrey – was declined, but he had a letter published in 1966 concerning Victor Trumper's grave and things went from there.

Of course the decade saw momentous change on the field. In November 1962 the distinction between amateurs and professionals was officially scrapped; the following year saw the birth of the Gillette Cup. Overseas players joined counties in 1968, the same year Yorkshire won their last title for 33 years (the events were not unrelated), and the Sunday League began the following summer.

And there was also the D’Oliveira Affair in the winter of 1968/69. In the pages of The Cricketer Melford and John Woodcock tried to rationalise his omission from the tour to South Africa, while Swanton, Martin-Jenkins and John Arlott were disapproving.