A History of The Cricketer: The 1970s

HUW TURBERVILL: It became apparent that the company could not stay afloat just through the magazine. The Cricketer Cup for public school old boys had started in 1968; then the Village Cup was Ben Brocklehurst's brainchild in 1972 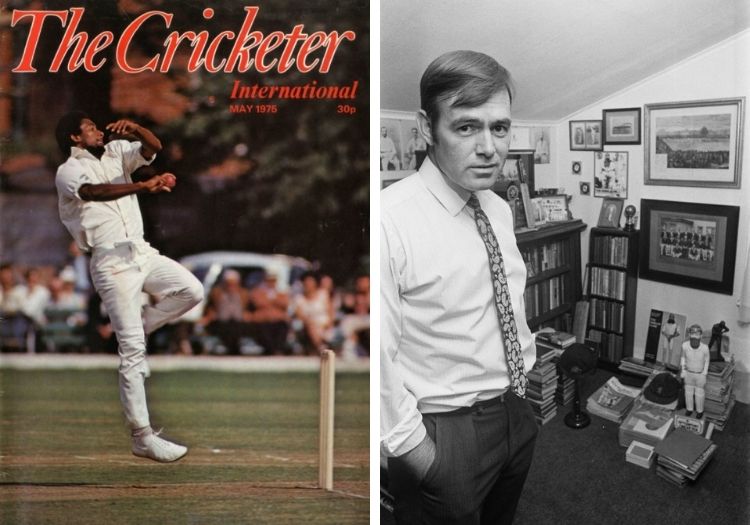 If Pelham Warner was the early pioneer of The Cricketer, the man who did most to ensure it is still about to reach its century was Ben Brocklehurst.

A six-hitting amateur captain of Somerset in the 1950s, he went into publishing. Refusing to sack 40 people who worked on the magazine under the orders of its American owners, he brought it home to his house in Kent.

It prospered, and the company grew – it ran the Cricketer Cup for public school old boys, created the Village Cup, and he even had the idea for a World Cup, before it was pinched by Lord’s. "OK, let's give it a go,” was his catchphrase. Just the type of man we need today.

Brocklehurst was farming a herd of pedigree cattle in Berkshire when asked to lead Somerset in 1953. The only amateur in their team, he had a huge changing space all to himself. He would pop his head into the professionals’ area and plead with them to come and keep him company. “Oh no, sir, that’s all yours!” would always be the reply. He asked his Yorkshire counterpart Len Hutton, a pro, to join him for lunch. Again that invite had to be declined.

“He’d have adored T20 as he loved hitting sixes,” says his second wife Belinda, a delightful lady, again one of the heroes of The Cricketer story. After cricket he worked at a publishing company called Mercury House, which specialised in books. Its American managing director Philip Zimmerman decided to shut down The Cricketer.

“It was making 20 per cent profit even though Britain was in recession,” says Belinda, “but that wasn’t enough for Mr Zimmerman. He told Ben he had to make 40 people redundant. Ben didn’t want to do that, so Zimmerman said, ‘Fine, make it 41 then – add yourself to the list’.”

Ben had an alternative plan. As part of his severance deal with Mercury House, he was allowed to take The Cricketer with him, “with three months’ printing paid for, which was a tremendous help,” says Belinda.

“He arrived home at Ashurst and said, ‘I don’t know what we are going to do with it but we have The Cricketer coming’. And I said: ‘Who’s he?’ When he explained, we drank a bottle of Champagne that I’d just won at the village fete and the next day we started to convert the house to make an office. The boys lost their playroom, and Ben worked in there with a PA, Sue White. I helped out, and there was Harry Constantine (distribution manager). We then had a bit of help with advertising.” 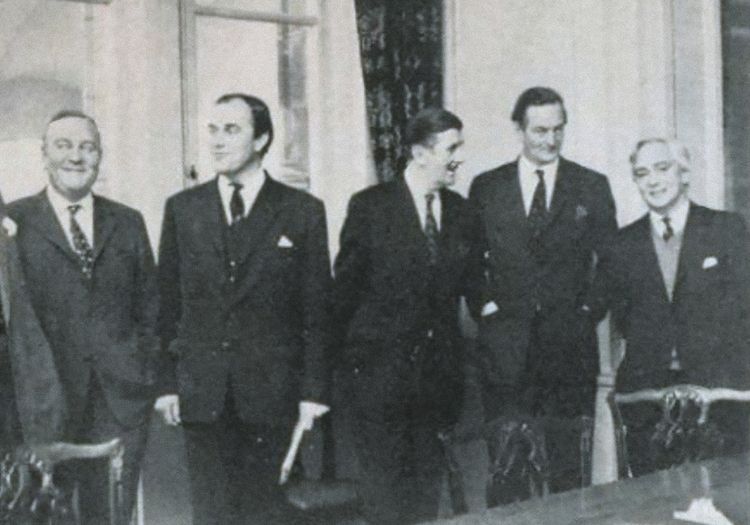 At an office in Argyle Street near Oxford Circus Tom Scanlon was assistant editor, with Christopher Martin-Jenkins moving to the BBC. Scanlon says he “loved the monthly trip to the printers in Luton to put the issues to bed. EW Swanton’s own editorials were handwritten, with, curiously, little xs for full-stops. When he was wintering in his house in Barbados, I was instructed to phone him at 9.25am every Tuesday to receive his editorial orders. Among the regular contributors, Alf Gover, who had his cricket school in Wandsworth, typed out his own coaching points with not much spacing and lots of corrections in biro. Ronnie Postill’s articles were some of the ones I most looked forward to receiving: always funny. Irving Rosenwater came in with his crosswords and we usually went for a pint. Henry Blofeld and ASR Winlaw were friendly occasional visitors.” Then David Frith arrived to be editor from 1972.

“The Cricketer had very few subscribers,” says Belinda. “Most of them had had direct debits for years, and I had to write to them to say ‘We simply can’t afford to keep giving you a year’s subscription for £2 something, I’m afraid it had to go up to £3 something’. I had a daily help/nanny, Mary Longley, and I soon lost her to the business. She was amazing. She had made munitions in the War at the age of 17 or 18, and she ran our subscriptions for 25 years. She saved The Cricketer one month! We’d switched to computer, and we had a young man whose work got worse. When he left he fixed it so that if you pressed a certain key all the addresses vanished. This was just before deadline. Fortunately Mary didn’t like computers, and had kept all the addresses on cards!

“We used to have some lovely writers contributing for us, although I was often told, ‘Belinda, you either have to be very poor or very rich to write for The Cricketer!”

Her son Tim takes up the story, saying he had heard that the professional cricketers of his father’s era had been told the same thing. “The 1970s was a good era for the magazine,” says Tim, who joined the business in the early 1990s after watching it close up during childhood. “We bought Playfair Cricket Monthly in 1973, so that added a lot of subscribers and allowed us to rule the roost really.

As part of his severance deal with Mercury House, Brocklehurst was allowed to take The Cricketer with him, “with three months’ printing paid for, which was a tremendous help,” says his wife Belinda

“We used to have amazing annual board meetings. EW Swanton was still editorial director, and there was Colin Cowdrey, Brian Johnston and Johnny Woodcock. We had the most wonderful lunches in our summer house. Vic Marks recalls them fondly in his book, Original Spin. Somebody would start talking about an innings by Frank Woolley and Swanton, who was actually there, would share some fabulous stories about it. It was a job for me to get everyone back to talking about subscriptions!”

It became apparent that the company could not stay afloat just through the magazine, though. “The shop and the competitions kept us going,” says Belinda.

The Cricketer Cup for public school old boys had started in 1968, and Ben kept this going; then the Village Cup was his brainchild in 1972. With Belinda running it for the first seven years, it soon attracted about 1,000 villages from all the corners of the British Isles.

“Village cricket was going downhill fast so we thought about what we could do to help. MCC liked the idea and generously let us play the final at Lord’s. Initially it was called the National Village Cricket Championship.

“We had the band of the Grenadier Guards at the first final, and players from Astwood Bank (Worcestershire) refused to bat. ‘This is serious cricket and a distraction,’ they said. The MCC president Freddie Brown marched out and said he’d batted at Scarborough when the band was playing, but they were not having it. The next day the headline in the Daily Mirror said ‘Chaos in final – Astwood Bank players tell Brown what to do with his piccolo!’ We stopped having music after that!”

The Cricketer also backed the Lord's Taverners Schools Trophy for boys aged 14 and 15. At its peak it had an entry of between 1,300 and 1,500 schools. “Ben loved it that all the private, grammar and comprehensive schools played together,” says Belinda. “One of the last finals he went to was in 2001, when Eton played Little Lever High School, from Bolton. The teams always have a dinner beforehand, and some people were worried that the teams wouldn’t get on if they sat together, but they were all laughing their heads off, and it was a fantastic match. The following year Eton asked them back for the weekend. That is what the competition is about. Findlay Rea and Sue were terrific with the organisation of the cups.” 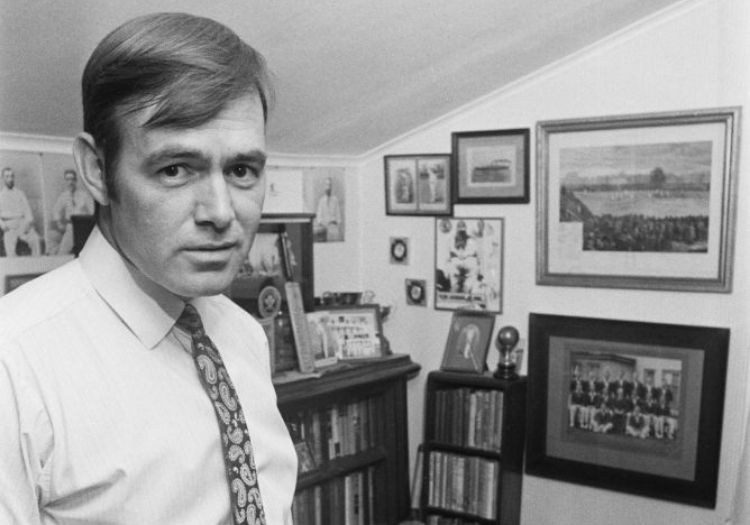 “The Cricketer also started organising tours to Corfu,” says Tim. “There were two teams on the island, but sadly they couldn’t play against each other.” “They’d fight each other with cricket bats!” says Belinda. “Yes,” says Tim, “so English teams would go out to play them. We’d eat and drink at a taverna, and eventually the owner Nikos named it after The Cricketer. After they dug up all the cabbages they had a lovely pitch out there. We also took tours to Dubai, and groups to watch Tests in Sri Lanka, Australia and New Zealand. Cricketer Tours became a tour operator in its own right, but still supported The Cricketer’s business.

“Dad had the idea for the World Cup – in fact he had ideas left, right and centre,” says Tim. “We had a European Cricketer Cup for several years. Germany won it at Worksop College and the next day they played MCC at Lord’s. Gary Lineker opened for MCC and unfortunately only scored one. As he walked off everybody said ‘bad luck’ and he said ‘Don’t worry, I always score one against the Germans’.”

Alas with all these spin-off competitions, tensions emerged between the Brocklehursts and Frith about how many pages in the magazine should be filled with them. When Frith departed, Tony Pawson stepped in, then Reg Hayter edited between 1979–81, before making way for Martin-Jenkins (more of that next month).

“The Cricketer shop also sold cigars and port, and ties and sweaters for the competitions,” says Belinda. “There were placemats, playing cards, the wonderful screwpull bottle openers, bottle coolers, and so on. They all had The Cricketer logo on them, the little batsman, and Ben’s daughter Charmaine did some amazing work in there.

“Looking back on these times I really don’t know how Ben and I did so much, plus looking after four children. It’s amazing what you can do when young. Ben had a stroke early in the 1970s and was out of action for almost six months, but luckily Harry Constantine helped me, and there was Christopher Bazalgette (freelance advertising manager) and Stephen Patrick. It really was an amazing team effort.”

Peter Ellis, a member of The Cricketer editorial board, flags up an editorial curio from the magazine’s pages in the 1970s.

“I was reading a book published in 1991 about Limehouse and the East End of London,” he says. “It was written by Daniel Farson, a broadcaster. One chapter inevitably describes the Whitechapel area and the Ripper murders. Mr Farson fancies himself as an investigator.

“In the book he proposes that the Ripper was one MJ Druitt, who was a good recreational cricketer and a lawyer-turned-teacher. Apparently the January 1973 edition of The Cricketer ran an article about the Druitt family speculating that a brother of the suspect (Edward) had left England for Australia in 1889 to escape the shame of his brother’s misdoings.

“Not sure I believe any of it but it was interesting to see the magazine referred to as part of this particular exercise in finger pointing at Ripper suspects.”