A History of The Cricketer: The 1950s

HUW TURBERVILL: "The Cricketer," explains accomplished author Stephen Chalke, "was not vibrant in the 1950s. It was dull to look at, and it did not contain a great deal of good writing" 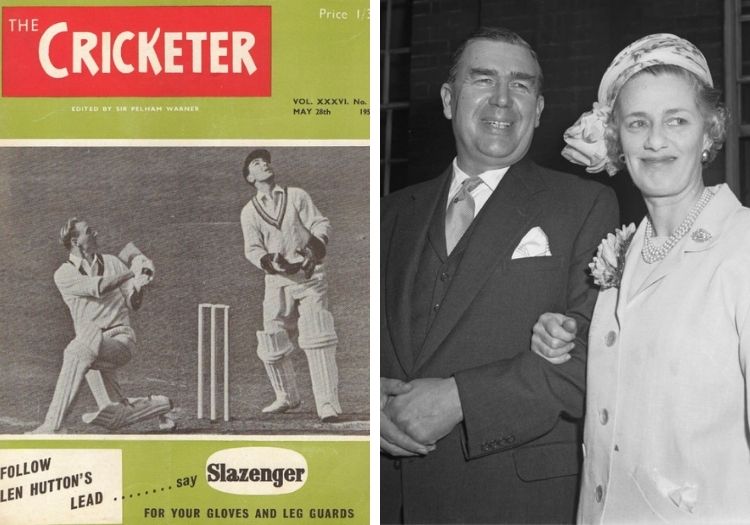 Rather like a Netflix series that has made a rollercoaster start and will culminate in thrilling fashion, this is the middle episode. The one where the characters draw breath, make cups of tea and decide their next move (in Arthur Langton’s living room in Surbiton, of course).

“The Cricketer,” explains accomplished author Stephen Chalke, “was not vibrant in the 1950s. It was dull to look at, and it did not contain a great deal of good writing. When I have consulted the decade’s editions for research purposes, they have usually disappointed me. They are greatly inferior to the issues in the pre-War years. It had a dull layout and seemed weighed down by all the things it had to include as a magazine of record.”

EW Swanton, editorial director of The Cricketer from 1967 to 1988, helps to explain why this was so in the chapter entitled ‘The Cricketer story’ in his book, Follow On: “For a while the post-War boom kept finances buoyant, but in the later 1950s times grew harder while assistant editor (de facto editor really – Ed) Arthur Langford (born in 1896) was growing no younger.

“The average age of the directors (Plum, Buns Cartwright, Gerald Crutchley and Langford) must have been near 70 than 60.”

Perhaps Plum’s heart was not so in it anymore. Another occasional contributor to this magazine, Murray Hedgcock, met him. “I visited PFW on February 12 in 1954, according to my signed copy of his book Imperial Cricket. I didn’t in fact talk much about cricket with him: his prime wish was to tell me of his admiration for Winston Churchill.”

It was a shame really, as there was some great cricket in the 1950s, starting with West Indies’ maiden series victory (3-1) over here in that year – the three Ws starring. Swanton acknowledged the amateur spirit of the tourists, writing in the magazine: “Like that of the Australians, it is always, for our good, mocking the utilitarian and the humdrum.” 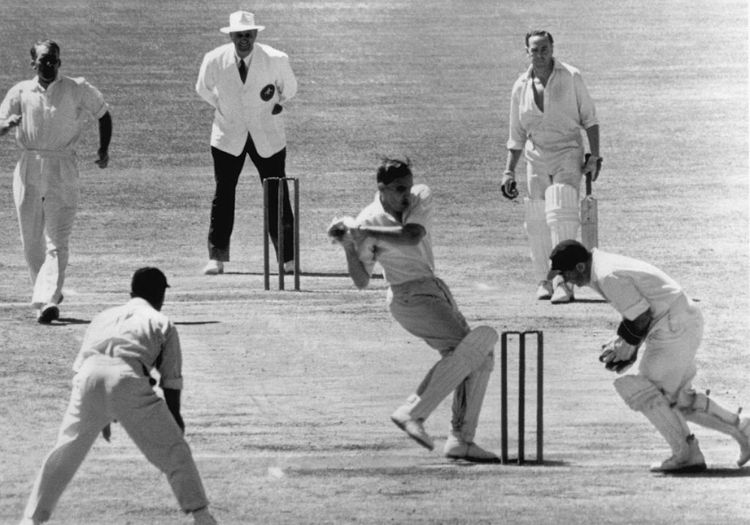 There was also England’s wonderful win in Australia in 1954/55, spearhead by the Typhoon, Frank Tyson; and their Ashes retention in 1956, with Jim Laker’s 19 wickets against Australia at Old Trafford going down in folklore; and the ‘chuckers and draggers’ controversy of the 1958/59 rubber. There were also plenty of colourful characters to write about: Neil Harvey, Peter May, Everton Weekes, Len Hutton and Denis Compton; and Keith Miller, Richie Benaud and Ray Lindwall, and Fred Trueman and Sonny Ramadhin among them.

The magazine was not without its fans, though. David Frith, who would go on to be editor in the 1970s, explains: “Between 1949 and 1964 I used to buy The Cricketer from the bookshop Dymocks in Sydney. It came to the shop by seamail and so was pretty dated by the time I got to read it. I became familiar with all the Test and county players, and regarded it as essential reading.”

The Dickens Press, thinking they saw an opening for a livelier magazine, started Playfair Cricket Monthly, with Gordon Ross as editor.

“I think the drabness of The Cricketer in those years was what triggered the creation of Playfair in 1960,” says Chalke. “The new magazine recruited the best writers (notably John Arlott and Neville Cardus), there was more emphasis on good photographs, and it was an altogether livelier publication.”

The emergence of a rival would force The Cricketer to up its game.

Warner’s exit and the magazine’s acquisition by Ben Brocklehurst also saw it become an innovator off the field: he was the pioneer behind the National Village Cup and The Cricketer Cup.