Bravo has an uncannily similar style to Lara – left-handed, high backlift, neat footwork and stroke-play flourish – although it goes without saying that he is not quite in the same league – but who is/was? 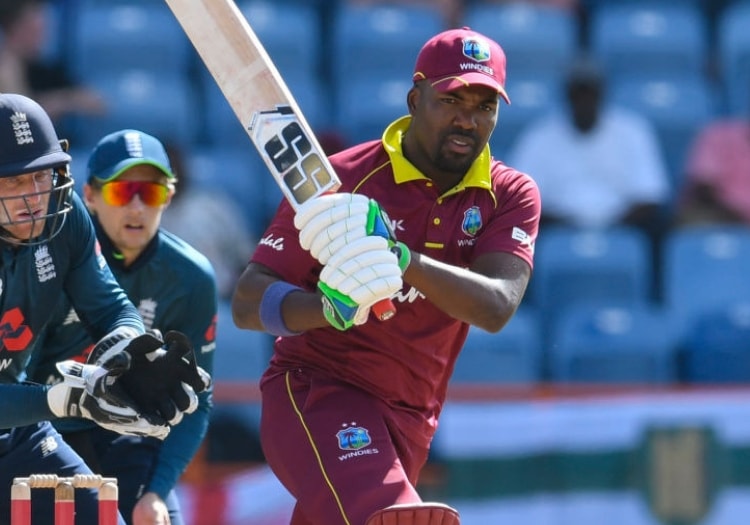 Darren Bravo is an ODI enigma. When you watch him bat, do you see echoes of his cousin Brian Lara; or can you not negotiate past his strike-rate?

From his 102 ODIs before arriving in the UK this summer, it was 70.05 – a throwback to the 1980s. His average – 32 – was also low-ish, and while he has made three ODI centuries, one was against Zimbabwe and another versus Bangladesh.

He will view this third tournament as a shot at redemption.

There were more positive signs in the recent ODI series against England. He struck 40 from 30 balls at Bridgetown (in defeat) and 61 from 59 at St George’s, Grenada (although a strike-rate of 140 was what was needed); and his overall strike-rate this year has been 95 ahead of arriving in the UK.

He could be handy in low-scoring, attritional games during this tournament – like when he scored 25 from 37 in the victory against England in the other game at the Kensington Oval.

His best century came against South Africa at Bridgetown in 2016 in such circumstances. He has an uncannily similar style to Lara – left-handed, high backlift, neat footwork and stroke-play flourish – although it goes without saying that he is not quite in the same league – but who is/was?

He was absent from West Indies duty between 2016 and 2018 when he was playing in global T20 tournaments. This tournament could be crucial in deciding if his recall was justified.