MEN'S BIG BASH TEAM GUIDE - ADELAIDE STRIKERS: There is more than enough quality within Jason Gillespie's squad to make the 2020-21 campaign a successful one 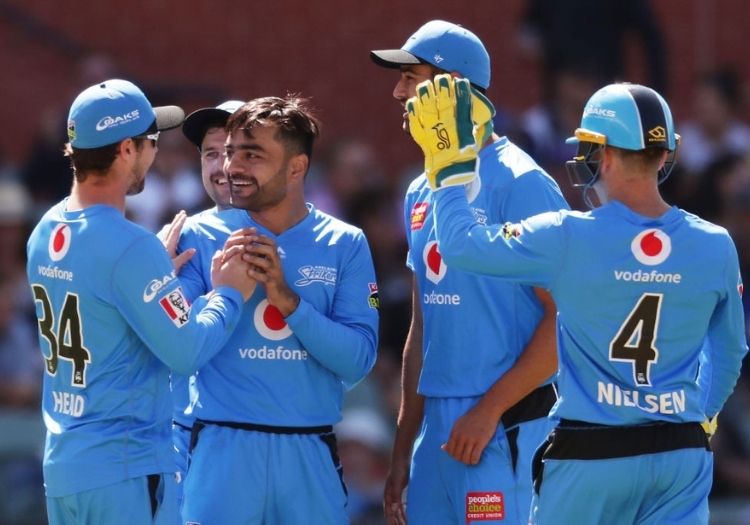 A campaign which promised much saw Strikers fail to reach a final which for so long they looked destined for. They lost just five of their 14 group matches and beat eventual runners-up Melbourne Stars on both occasions to qualify in third place. Come the knock-out phase they were paired with Sydney Thunder, but their problems at the top of the order came back to haunt them. Jason Gillespie's side had possibly the best-balanced bowling attack around with quicks Wes Agar and Peter Siddle backed up by Rashid Khan, who remains the standard at this level.

Who are the key players?

Rashid Khan: The most successful overseas bowler in BBL history is back for a fourth campaign with Strikers aiming to repeat the title win from his maiden season. It is a testament to Rashid's talent and ability to adapt that he is found success in Australia, where he could easily have been overwhelmed. His numbers are seen to be believed and he'll be confident of improving on his third place in the Men's T20 Player Index.

Peter Siddle: Now into his 37th year, if last season's outstanding displays were anything to go by the former Australia seamer still has plenty to offer. His 19 wickets at 18.26 last term represented his best return in the competition's history and with Michael Neser likely to miss a portion of the matches he'll again be looked at to provide the goods. Bowled with real skill, particularly at the death and he'll be key to the Strikers' title tilt.

Jonathan Wells: Found himself fourth in the run-scorers list despite batting in the middle order, as he made a habit out of turning substandard Strikers starts into decent totals. His four fifties across his 478 runs were crucial to taking his side deep in the tournament. Indeed, had he managed to hang around beyond his 34 from 27 balls in the knockout they very well might have reached the final.

Rashid, Siddle and Agar took 45 wickets between them last term and will are a constant threat throughout the innings. If he gets going, Phil Salt is a destructive presence at the top of the batting order.

It remains to be seen how often Gillespie can field his best XI. But a tilt at silverware is not beyond the realms of possibility.