BIG BASH TEAM GUIDE - SYDNEY SIXERS: The absence this year of Steve Smith, who has said he won’t play in the Big Bash this year due to a crowded schedule and bubble-to-bubble life, is offset by the potential availability of Mitchell Starc 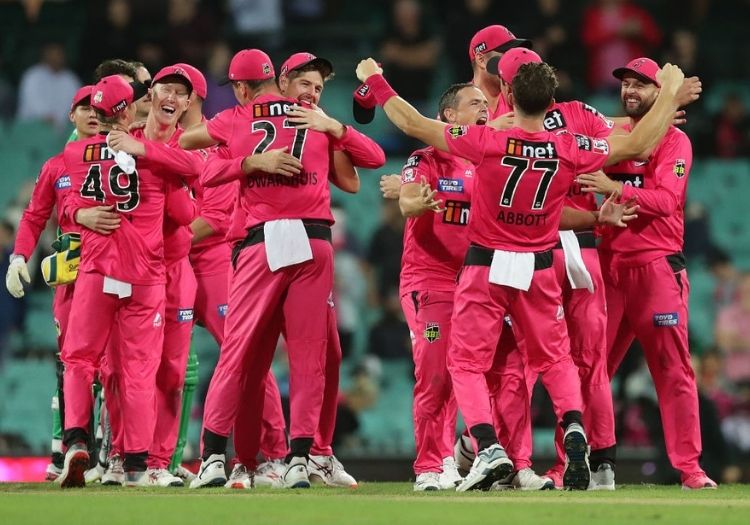 They only went and won it. A second Big Bash crown for a Sydney Sixers side perhaps lacking in some of the big-name regulars of a few of their rivals, but full of a combination of guileful experience and exciting youth.

Josh Philippe had a tournament to remember – only Marcus Stoinis and Alex Hales scored more runs than his 487. His reward? A place on Australia’s summer tour to England and an Indian Premier League debut for Royal Challengers Bangalore. Big Bash stalwarts Moises Henriques, Daniel Hughes and Jordan Silk all contributed more than 180 runs each.

Likewise, with the ball, Ben Dwarshuis was as reliable as ever, having represented Sixers since making his tournament debut in 2014. Sean Abbott, who missed half of the campaign, returned to take 14 wickets in seven games – complete with the best strike rate of any bowler to pick up more than six wickets.

And then, there was the added stardust of England pair Tom Curran and James Vince, as well as Australia’s Steve Smith, Nathan Lyon and Josh Hazlewood.

Curran took 22 wickets – the second-highest haul in the competition – but has opted against returning for the 2020-21 campaign.

Dan Christian: Perhaps as savvy a signing as will be made ahead of this year’s competition, Christian arrives in Sydney from Melbourne Renegades on the back of an eighth T20 title of his career in the T20 Blast with Nottinghamshire. His prophetic claim ahead of that tournament that “old blokes win stuff” was vindicated when he dominated Finals Day. A signing from the champions that lays down a marker.

Josh Philippe: A frustrating time for the young wicketkeeper-batsman as an unused squad member during Australia’s tour of England during the summer, but his selection at all shows how highly regarded the 23-year-old is. He carried the run-scoring burden effortlessly in last year’s tournament and did so in a fashion so stylish that attention became unavoidable.

There is something to be said for the cohesion of a side that – in the group stage – has finished third and second in the last two years. The absence this year of Steve Smith, who has said he won’t play in the Big Bash this year due to a crowded schedule and bubble-to-bubble life, is offset by the potential availability of Mitchell Starc.

The combination of Henriques and Christian, two of the more streetwise operators on the global T20 circuit, is another string to the bow of the title-holders. The addition of Jason Holder as a short-term overseas option will further strengthen a middle order stacked with allrounders.

The combination of spinners Lloyd Pope and Stephen O’Keefe is also intriguing. Pope, an exciting leg-spinner, burst onto the scene at the 2018 Under-19 World Cup, while O’Keefe has retired from red-ball cricket. They shared 17 wickets between them last year and bowled economically as well. The addition to that duo of Lyon – when available – will only further strengthen that area.

The burden of top order runs once again falls on Philippe and Vince, especially without Smith, who scored 120 runs in four games last season. Philippe wouldn’t be the first player to follow a breakthrough campaign with a struggle, so Sixers will be looking to guard against such a situation.

The absence of Curran will also throw a spanner into the works, such has been his importance to Henriques’ side over the last two campaigns. However, the signings of Christian, Holder and Brathwaite should at least provide more than adequate cover.

It would be a disappointment were Starc not to feature, having made himself available. Much will depend on his status in Australia’s Test ranks.

The reigning champions will fancy their chances.