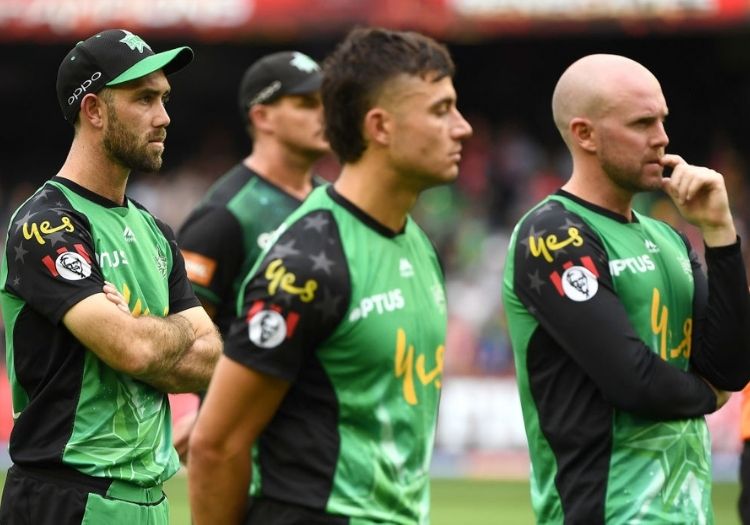 In short, they were exceptional. Under Glenn Maxwell’s captaincy and new head coach David Hussey, who succeeded Stephen Fleming, Stars dominated the round-robin phase, leading the group stage ahead of the playoffs.

Marcus Stoinis hammered 705 runs – 139 more than his nearest rival at the top of the overall run-scoring charts, and sits in fourth place on the T20 Player Index. Meanwhile, Haris Rauf, Adam Zampa and Sandeep Lamichhane took 55 wickets between them.

Of that trio, only Zampa returns this year, however. Rauf quickly became the find of last year’s tournament, drafted in late as a replacement for England seamer Pat Brown, who was ruled out of a maiden Big Bash stint with a back problem. He bowled quickly, ending the tournament with the best strike rate of any of the top 15 wicket-takers.

Dale Steyn and Dilbar Hussain also turned out as overseas players, though neither are part of this year’s plans, and Rauf’s unavailability due to international commitments is a blow.

However, Stars’ decision to put their trust in data analysis company CricViz paid dividends last year – analyst Ben Jones spent 10 days with the team ahead of the competition, before working remotely thereafter. That partnership is continuing; they topped the table for the first time since the 2013/14, when Cameron White was captain.

Yet, as in the past, it all ultimately ended in tears – victims of a rain-affected Sydney final, meaning that they remain without a Big Bash crown despite finishing as runners-up on three occasions.

Glenn Maxwell: It is hard to look past the multitalented Australian allrounder, even if he endured another Indian Premier League campaign that seemed to pass his immense abilities by. He ended last year’s Big Bash just shy of 400 runs, while also chipping in with 10 wickets. The onus will be on him to replicate those numbers.

Ben Dunk: The 33-year-old wicketkeeper-batsman had a miserable Big Bash campaign last time around, but he has since enjoyed a remarkable rebirth in franchise cricket. Although his Caribbean Premier League returns were mediocre on difficult surfaces, he lit up the Pakistan Super League, smashing 300 runs in 10 innings at a strike rate of 167.59, including 23 sixes.

Adam Zampa: Now established as Australia’s white-ball leg-spinner, the 28-year-old is one of the more impressive characters on the T20 circuit. He played three times for Royal Challengers Bangalore in the recently finished IPL and bowled beautifully during Australia’s ODI series victory over England in September.

A batting line-up featuring Marcus Stoinis, Andre Fletcher, Ben Dunk, Nicholas Pooran and Glenn Maxwell as its top five is an outrageous thought, even if they will bemoan the withdrawal of Jonny Bairstow.

The signing of Stanlake is especially intriguing. The giant fast bowler has suffered a significant fall from grace in the last 12 months; he took just four wickets in 11 games for Adelaide Strikers last year, but his qualities – pace, bounce and a towering release-point – make him a potentially title-winning investment if he can rediscover the form that saw him make his international debut in 2017.

Every team will suffer in this regard, but the absences of their overseas players at varying points will put the pressure on during the spells when they are at full strength to pick up points.

The form of Billy Stanlake and Ben Dunk will also be key; Stanlake is in new surroundings after his dismal 2019, while Dunk has since emerged as an unlikely star of the PSL.

Dilbar Hussain has returned as an overseas player, somewhat surprisingly. His story is something of a whirlwind, having never played a game of hard-ball cricket until 2018, but he struggled in the single game he played for Stars last season. He enjoyed a more fruitful campaign in the Pakistan Super League with Lahore Qalandars, and so returns - Stars will hope - a year wiser.

Runners-up last year and a line-up that, on paper, looks utterly formidable.