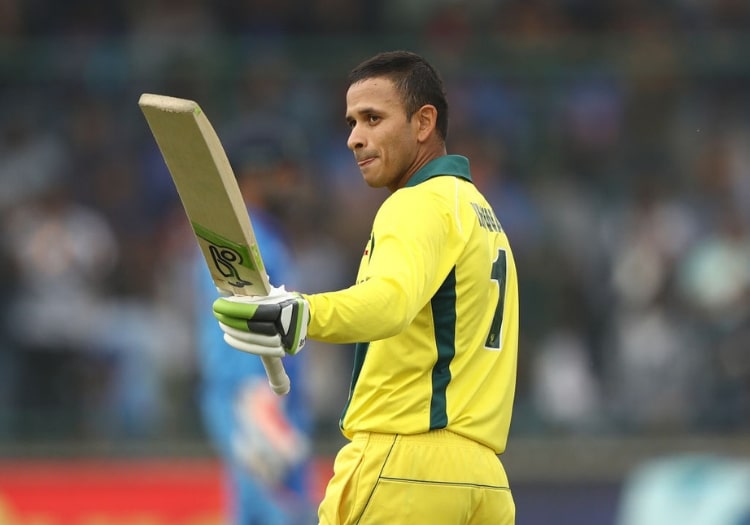 It says much about the poise Khawaja has shown during the absence of Steve Smith and David Warner that he remains a central pillar in the Australia team upon their return.

An international career which has ebbed and flowed has really taken off in 2019, with two centuries and five fifties across the two series wins over India and Australia.

Though Khawaja fell short in Mohali, the three-figure scores in the third and fifth one-day internationals against the Indians helped turn the series around from 2-0 down.

Not as explosive as Warner or captain Aaron Finch, or as naturally gifted as Smith; Khawaja combines fluid strokeplay with resilience. That latter characteristic was there for all to see when he produced a match-saving 141 in the United Arab Emirates in the second Test against Pakistan last year.

In January 2011, he became the first Muslim to play Test cricket for Australia but two years later he was dropped in disgrace for a breach of discipline. Having reclaimed his place Khawaja was left out again during the Ashes in 2013 as his career continued to falter.

After an absence of two years away from the 50-over code, he was recalled for the India series during which he scored 383 runs to inspire a 3-2 series win.

Where he will bat upon the re-integration of Smith and Warner is unknown, but he deserves respect for battling his way back into contention and making himself close to unselectable this summer.