One of the best bowlers in all formats in world cricket, the South Africa seamer could cause devastation this summer 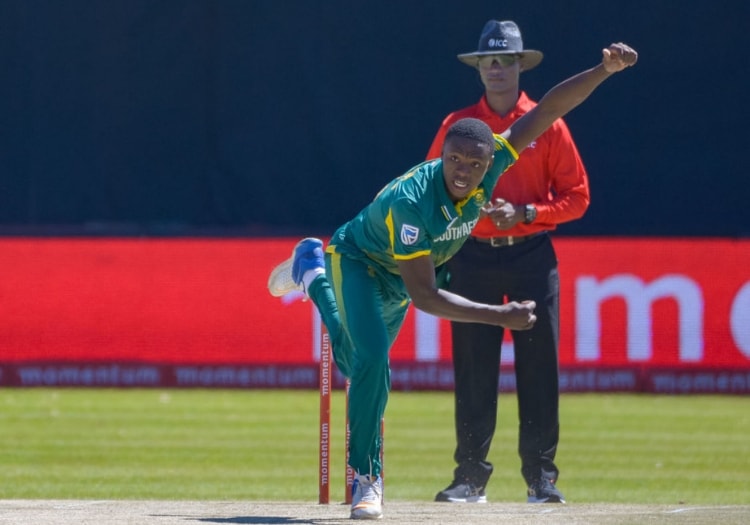 In the space of five years, Rabada has gone from a virtual unknown to the outstanding talent of South African cricket.

Like many, it was at the Under-19 World Cup when the Johannesburg-born seamer first emerged.

As the Proteas stormed to victory at the 2014 event in the United Arab Emirates, Rabada inspired their semi-final victory over Australia with 6-25.

Aiden Markram won the best player award but Rabada finished as the tournament's highest wicket-taker, with 14.

South Africa wasted little time and fast-tracked him into their Test and one-day squads before the end of the year.

What has followed has been simply devastating. The best match figures by a South Africa red ball bowler came for the Lions against Dolphins, beating a seven-year record set by Dale Steyn.

His ODI debut was illuminated by a hat-trick and figures of 6-16 against Bangladesh. He became just the second player in history to begin his 50-over career with a treble.

In the Test arena, Rabada already has four 10-wicket hauls in 37 matches, with England and Australia among his victims.

Rabada is a specialist across all formats. Ranked inside the ICC's top 10 bowlers in Tests and ODIs, he has reaffirmed that his talents are also transferable to T20 having starred in the Indian Premier League.

Granted, this South Africa team travelling for the World Cup is not one expected to trouble the top four in the group phase. Indeed, while they could be cannon-fodder for the main contenders for the title, the likes of Bangladesh and Afghanistan will be eyeing them for a possible upset.

But there is at least some reason for optimism in the form of Rabada, who has previous in England and has proven himself adaptable enough to cope with any challenge he is posed with. But it remains to be seen if he has sufficient support.