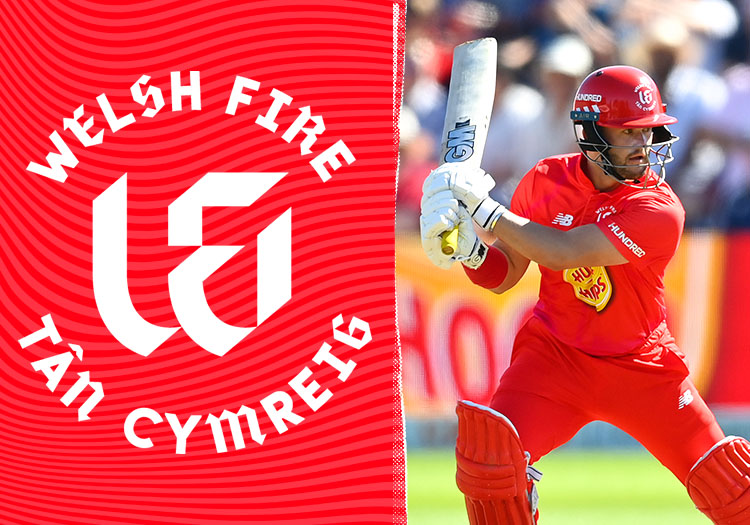 Kirsten led India men to home World Cup glory in 2011 and, after a spell with South Africa, has been across the franchise circuit with Hobart Hurricanes and Royal Challengers Bangalore. Enlisted to lead Gujarat Titans in their maiden IPL season, he took them all the way to the title. An adaptable straight talker who is dedicated to preparation, he gave England alluring glances while they were searching for Chris Silverwood's replacement.

Jonny Bairstow was set to captain when available but has since opted to sit out this year's edition of the competition to manage his workload. Josh Cobb, the Northamptonshire allrounder, will lead Fire in his place.

Adam Zampa: The leg-spinner pulled out of a spell at Birmingham Phoenix last summer and while not fully available in 2022 will rock up at Cardiff. Part of the Australia side that picked up the men's T20 World Cup, he has become one of the best bowlers outside the powerplay overs in white-ball cricket. Set to be absent for the latter stages but he'll play a major role in Fire's attempts to finish in the top three.

Ish Sodhi: New Zealand international Ish Sodhi has been recruited as a replacement signing for Adam Zampa. The 29-year-old leggie has taken over 230 wickets across his 200-plus T20 appearaences and has enjoyed stints in the CPL, IPL, Big Bash and T20 Blast.

Noor Ahmad: A left-arm wrist-spinner closing in on 50 T20 appearances across international and franchise cricket before the age of 18. There is naturally plenty of excitement around Ahmad and given the gap Zampa leaves towards the end of the competition he feels like a shrewd pick-up. There will be hope Afghanistan don't come calling for the Ireland series after he made his T20I debut in Zimbabwe. If they don't, Fire have a pace-off option with plenty of talent and an ability to spin the ball both ways. 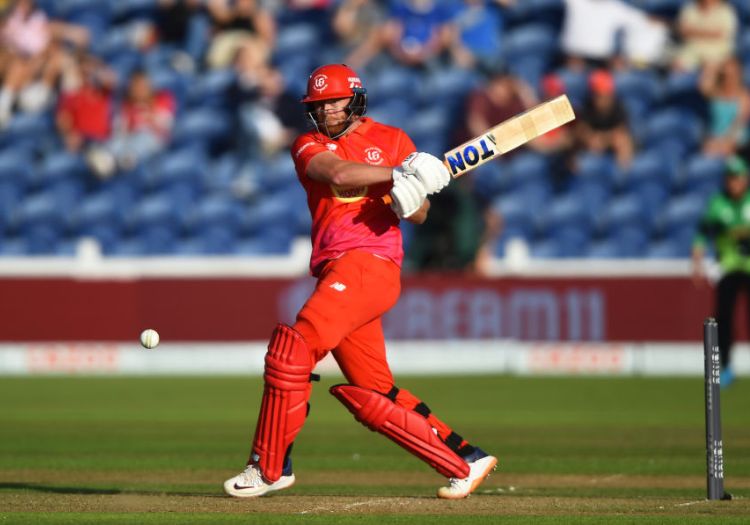 Jonny Bairstow is sitting out this year's competition [Getty Images]

David Miller: "I know what allows him to be at his best and creating a good environment for him." The South African axis that led Titans to IPL glory earlier in the year are back together. Kirsten worked hard to ensure Miller was at his best in India and now he must do the same in South Wales. The 33-year-old was superb for the eventual champions, with a tournament-best average of 68.71. Returns to Sophia Gardens (he played for Glamorgan in 2017) where he averages 63.

Dwaine Pretorius: Welsh Fire had hoped to have the services of Pakistan quick Naseem Shah but he withdrew from the tournament on August 4 following an international call-up. Instead, South Africa's Dwaine Pretorius will be available from August 8-26 before heading to the CPL. A veteran of over 150 T20 appearances, he has taken over 120 wickets and scores at a strike rate around the 140-mark.

Ollie Pope: Injury meant he wasn't involved in 2021 and England commitments mean his outings this summer might be fleeting, but Fire will benefit from his inventiveness and star quality with the bat.

Another who is yet to break into England's white-ball circle of trust, Pope has a remarkable ability to manipulate the field and produced wristy strikes rather than powerful blows. He averages 34 for Surrey in the Blast and though without any international or franchise recognition at this level there is no doubt he'll be feared by bowlers charging in from the other end.

Tom Banton: Last year was a crash down to earth for the Somerset opener, who went from being destined to be among England white-ball teams for the next 10 years to having to take a step back. Having spoken openly about the rigours of bubbles, his form should be taken in context but it clearly hasn't been as he would have liked.

There were flashes of his exuberant style on Somerset's run to Blast Finals Day and he remains part of England's thoughts, after playing for the Lions against South Africa at Taunton and making 57. He failed to reach three figures in The Hundred last summer.

Ben Duckett: Only Liam Livingstone hit more Hundred runs than the Notts man - hitting more fours than anyone (28) - whose white-ball summer won him a Big Bash contract a return to the PSL. Has a claim to being the best sweeper of a cricket ball in the world, making him a master against spin. Reliable behind the stumps standing up. Memories of missing the chance to book Nottinghamshire a place in the 2019 Blast final are gone, particularly after hitting the winning runs in the final the following year, proving he is not lacking in character.

George Scrimshaw: Only Richard Gleeson and Naveen-ul-Haq took more Blast wickets this summer than the Derbyshire quick, who is fully fit and delivering on the early enthusiasm around his career. A former member of the ECB's pace-bowling programme, Scrimshaw joined the stress fracture club at the age of 19 - one of a number of fitness issues - but he is stronger than ever these days and won England recognition earlier this summer in the form of a Lions call-up. A wildcard in the truest sense of the word and will show plenty of gas as and when he is thrown the ball. 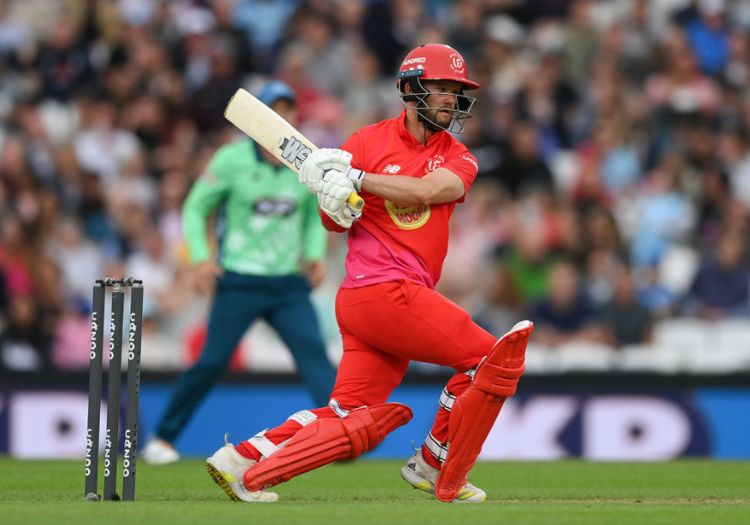 Bairstow was by some considerable distance the fastest scorer in the 2021 roster, going at 170, while much of the remainder of the line-up sitting in the 140s. That makes the arrival of Joe Clarke so vital. Typically striking at 152 in T20s, the Notts Outlaws batter took that to 180 during the 2021 Blast. With centuries at domestic level in all three formats, it was little surprise to see him selected second in the men's draft.

Described as having "demeaned women" and "trivialised rape" in Whatsapp messages sent in 2017, Clarke admitted his "embarrassment and shame" over his role in the case earlier this year and remains uncapped by England, though he is available for selection again.

Given he is braced for a roving role up and down the line-up when available, it is likely Pope will be deployed to deal with any top-order crisis. Alongside his reserve hits and shuffles along the crease, he is a calm operator with top-level experience. Duckett is hardly a reckless hitter and can be relied on to keep the runs ticking over, manipulating the field without taking any undue risks.

Fire struggled in this area last season but they couldn't ask for a better option than Miller. Had finished not out in a tad under a third of his T20 innings and was unbeaten in nine of his 16 IPL outings.

His prowess in this position was enhanced by two match-winning innings for the Titans, first in the Qualifiers with an unbeaten 68 from 38 balls to beat Rajasthan Royals with three deliveries to spare, and then in the final against the same opponent as he struck a 19-ball 32. Miller even got in on the act against India in the recent T20I series, smashing 64 just under an hour to win in Delhi.

Don't count out Pretorius either.

Take anyone of the calibre of Bairstow out of any team and you'd be expected to see a drop-off. Fire won one of their six games without him in 2021. There has to be concern whether the top order has the power and consistency to match their rivals in his absence. Don't expect the tail to wag much either. 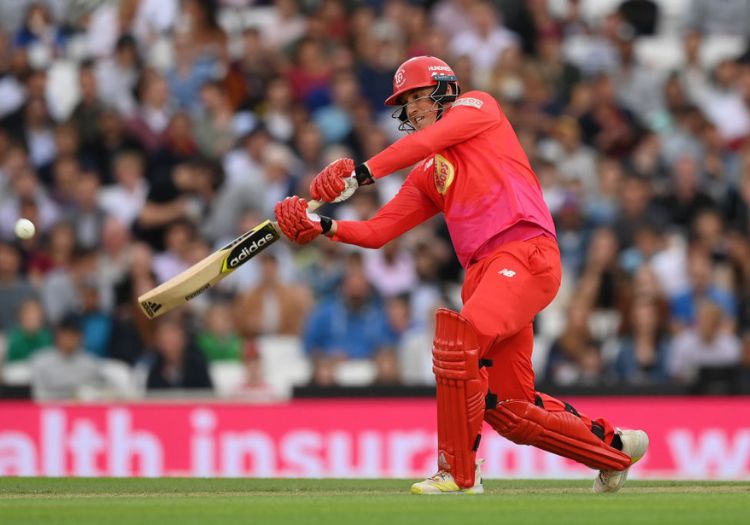 More is expected of Tom Banton in 2022 [Getty Images]

"Genuine pace" was among Kirsten's desires from the draft and he had that in Shah, who can bowl comfortably at 90mph and above. However, without him, the attack looks distinctly short on pace.

This burden will now fall on Scrimshaw's shoulders. His height gives him an alternative mode of attack and while his Derbyshire teammates struggled at Taunton in the Blast quarter-final against Somerset, the 24-year-old kept his nerve, taking 2 for 16 while the ball was flying to all parts. That kind of temperament will serve him well in the 100-ball environment.

Zampa and Ahmad lead one of the more formidable spin attacks in the competitions and it'll be fascinating to see if Cobb is tempted into bowling them in tandem, particularly on the road when the boundaries are a bit bigger. Ahmad will test both sides of the bat while Zampa will pray on over-ambition in the middle sets.

They'll be supported by Matt Critchley's leg-spin, which produced four wickets in five games, and Josh Cobb who claimed a maiden five-for in Northants' Blast thrashing of Worcestershire.

Jake Ball only lasted three games before being ruled out of last year's tournament through injury but returns after a truncated Blast campaign with Notts Outlaws (18 wickets, 9.62 economy rate). David Payne got an England debut in the Netherlands after reeling off half a dozen impressive Blast seasons on the bounce and took his wickets this term a little under 14 apiece. Neither are devastatingly quick but will put the ball in difficult areas and frustrate batters.

Ryan Higgins went at an economy rate of 1.05 runs per ball last season (only finalist Adam Milne produced a better return). Granted, he didn't fill this role during his three outings in 2021 but he took two wickets (and should have had a third when Eoin Morgan was put down) after delivering balls 86-90 and 96-100 in victory over London Spirit. His four sets in that game were defined by getting his yorker inch perfect, making it impossible for batters to get under the ball.

This is essentially a new group of players still reliant on a handful of stars. The batting-bowling is unbalanced in favour of the former. Losing Zampa for the second half of the competition means plenty of pressure will sit on the tender shoulders of Ahmad, while several components of the seam attack have a recent association with injuries. 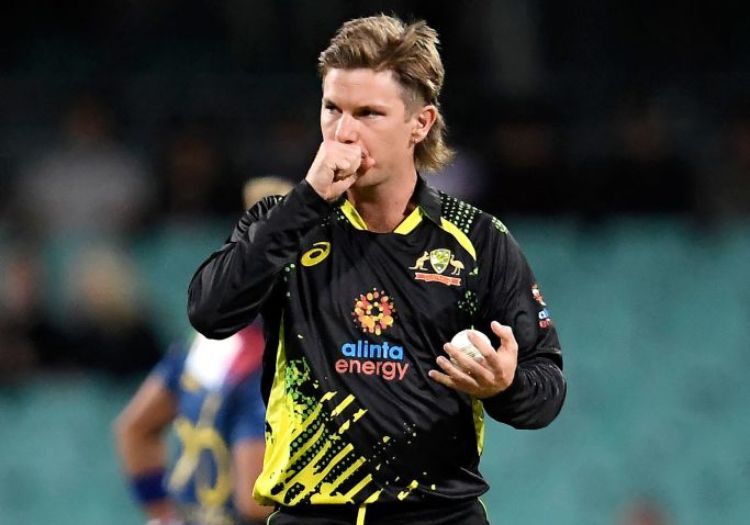 Having so many wicketkeeping options means there are plenty of good hands in the field. Banton and Duckett are quick on the deck while Pope has proven himself time and time again at short range - in the unlikely event that is required. Cobb took 11 catches in the Blast for Northamptonshire and produced a stunner for Fire last term to dismiss Adam Rossington.

Banton is expected to take the gloves. The Somerset keeper claimed 17 dismissals during the Blast and is up to 37 for the club in T20 cricket. Pope and Clarke are also backup options should things go awry.

Thirteen players left from the 2021 roster and though Banton returned as a top-tier addition, no side got rid of more before the draft. Glenn Phillips and Ian Cockbain were among the notable exits alongside the overseas contingent. Clarke was the second pick of the draft in the £125,000 band while other signings leant towards improving a weak bowling attack, with Zampa, Miller and Shah all arriving. Jacob Bethell is one for the future and Sam Hain has enjoyed a great 2022.

Ground: Sophia Gardens. The Cardiff ground has short straight boundaries, at 60 and 64 meters, with the River Taff in close proximity, so taking on spinners is a tempting prospect. Meanwhile, the square boundaries are wide which allows for a rotation of strike and means fields have to be deployed with a degree of thought. In eight Hundred matches in 2021, only one was won by the side batting first - Southern Brave men needed 30 off 17 and somehow conspired to lose.

Sound from the ground: Local boy Mace the Great leads the live music offering from the Welsh capital. A winner of the Triskel Award in 2020 - which recognises emerging artists at the Welsh Music Prize - he is tipped to breakthrough this year. Singer-songwriter Katy J Pearson and punk band Panic Shack also appear while Katie Owen, who toured with Kasabian last year, is the resident DJ.