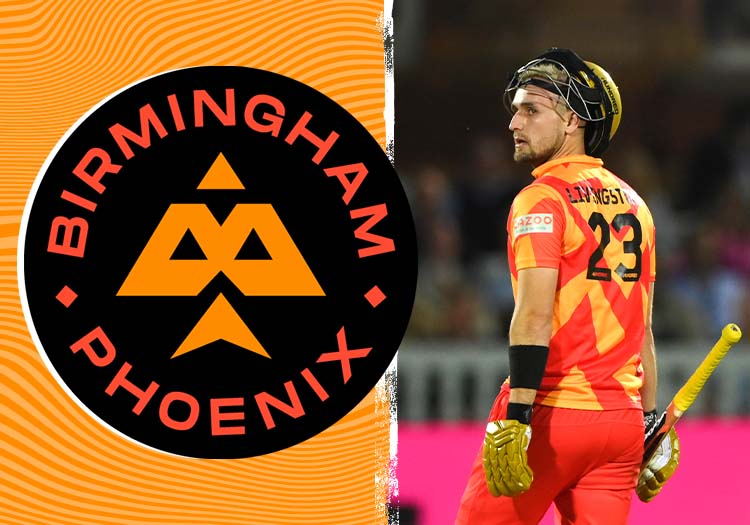 The former New Zealand allrounder took on the top job at Phoenix in April, following Andrew McDonald's appointment to the head coach role with Australia's men. Vettori's record in franchise cricket is not the finest - he struggled in particular to turn a group of superstars at Royal Challengers Bangalore into a successful unit - and Birmingham will hope those issues do not reappear as they look to go one better than their second-place finish in 2021.

Supporting Vettori is an analyst who has become more and more prominent over the course of the past five years. Dan Weston also works with Leicestershire and Punjab Kings in the IPL, among others. His focus on boundary hitters' importance to short-format success has led to Phoenix stuffing their roster with free-swinging six-crunchers.

Local lad Moeen is the star turn of a star-laden Phoenix squad. A calm head amid the furore of a 100-ball innings, he has previously won the T20 Blast with Worcestershire Rapids and of course has plenty of big-game experience in the Indian Premier League (where he has most recently been with Chennai Super Kings) and the Pakistan Super League. He should be available to Phoenix throughout the competition, which will be a massive boost for the team.

Matthew Wade: At 34, age might not be on the Tasmanian wicketkeeper's side, but Wade has shown that not to matter in recent years, as he has enjoyed an Indian smmer to his career - having transitioned from Test gloveman to middle-order bat to T20 opener. A crucial part of the Australian romp to World Cup glory in the UAE last winter, Wade picked up an Indian Premier League contract with Gujarat Titans in February, and played 10 times on the way to the franchise's debut title triumph.

Kane Richardson: The Australian quick is an excellent option at the death for Phoenix. Richardson has 33 T20I caps, and has played short-format cricket around the world. He also has leadership experience, having skippered Melbourne Renegades last season in the absence of Nic Maddinson. 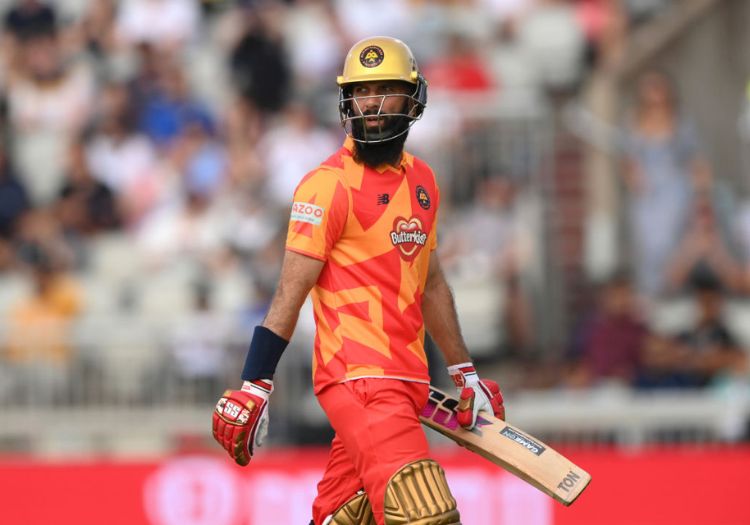 Adam Milne: No one took more wickets than the Kiwi seamer's 12 in last year's men's Hundred, and a terrific economy rate of 95 runs per 100 balls bowled shows just how tricky the New Zealand international is to get away. Milne mixes angles and pace intelligently (as well as being capable of hitting 94mph on the speed gun), but has not enjoyed much gametime over the past six months and has seen much of his career interrupted through injury. The latest problem is an Achilles issue which reared its head during New Zealand's preparations for their European tour this summer.

Phoenix will be desperate to see the key part of their bowling attack fit enough to feature plenty during the competition. A bowler who can top 90mph regularly and bowl with equal conviction and skill in both the powerplay and at the death is not an easy thing to find.

Imran Tahir: The evergreen South African leg-spinner entertained crowds at Edgbaston last year with 10 wickets at 24 each, including a hat-trick against Welsh Fire, and an economy rate of 140 runs conceded per 100 balls. At 43 years old, Tahir is still strutting around the franchise circuit, though he is warming up for this year's Hundred with a stint at Wedgwood CC in Stoke-on-Trent. Tahir's reliability is underlined by the fact he bowled more balls in last year's Hundred than any other man, with the exception of Tymal Mills.

Tanveer Sangha: Sydney Thunder spinner Tanveer Sangha will replace Imran Tahir (CPL) in the latter stages of the competition and is available for selection from August 29. The 20-year-old has 37 wickets in 27 T20 outings heading into The Hundred.

Liam Livingstone: What introduction does the Cumbrian need? Livingstone has been announcing himself on various world stages over the course of the past two years, with standout performances in the Big Bash, IPL, PSL and for his country.

Benny Howell: The man of many variations was one of the players of the season in the 2021 Hundred, with 11 wickets at 18s and an economy rate of 120 (only four bowlers with more than 40 deliveries in the tournament bettered it). The Gloucestershire allrounder's skills have earned him contracts in the Big Bash and IPL recently, though he has not quite taken those competitions by story. He remains one of the best T20 players never to have been capped by England.

Dan Mousley made 166 runs in four innings for Birmingham Bears in the Vitality Blast to pick up a spot via the wildcard draft, and he has all the attributes to fill in a middle-order role for Phoenix. His strike rate of 177 in the Blast promises plenty. 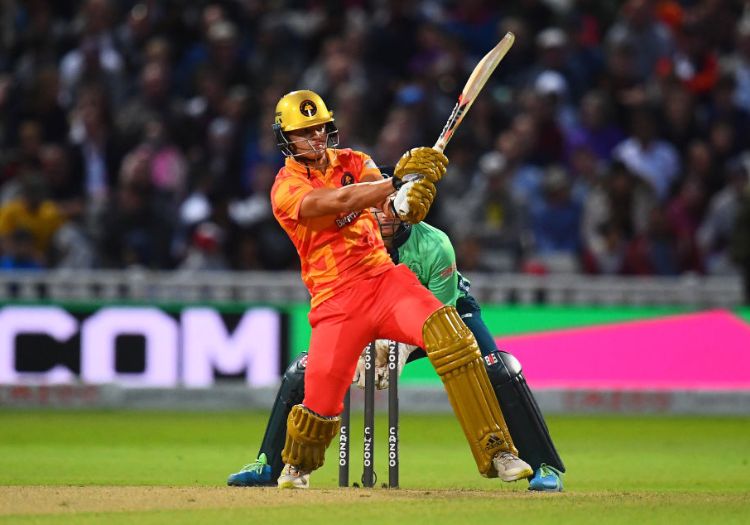 Liam Livingstone might hit the ball harder than anyone else in world cricket at present. In the past 18 months he has clubbed some of the longest sixes on record, including a famous blow against Pakistan at Headingley which cleared the stands and landed on the next-door rugby pitch. Livingstone's 2021 Hundred brought him 348 runs from nine innings at a strike rate of 178 at first drop or No.4.

Will Smeed has quickly emerged as one of English cricket's most exciting talents, striking cleanly through the line with equal effect in The Hundred, Blast and PSL, where he endeared himself to Quetta Gladiators fans with 440 runs in six innings as a replacement player last season.

Tom Abell would fit the role nicely for Phoenix (if it is even relevant in 100-ball cricket), but the Somerset batsman - who has been coming into form nicely for his county - picked up a hamstring injury during the recent County Championship game against Essex and his fitness for the tournament is uncertain.

Phoenix are blessed with plenty, and crucially have a combination of left (Wade, Moeen) and right-handers (Livingstone, Smeed, Abell, Chris Benjamin, Brett D'Oliveira), and those who favour spin and seam, to get them home in any circumstances.

Moeen is one of the most devastating destroyers of spin in the middle and late overs of short-format cricket (and recently claimed England's fastest T20I half-century, from 16 balls, against South Africa); Benjamin's multipack of shots leaves bowlers guessing; Livingstone is used in the role by England and can take down pace at will.

Look out, too, for young Birmingham lad Mousley, who is highly regarded at Warwickshire.

If Livingstone and Smeed don't fire, Phoenix may lack the necessary impact in the powerplay. Wade's form since the World Cup is not particularly compelling. Abell's injury will certainly distort plans in the middle order if it proves to be serious. Benjamin, Mousley and Miles Hammond are all relatively inexperienced, if talented, options. 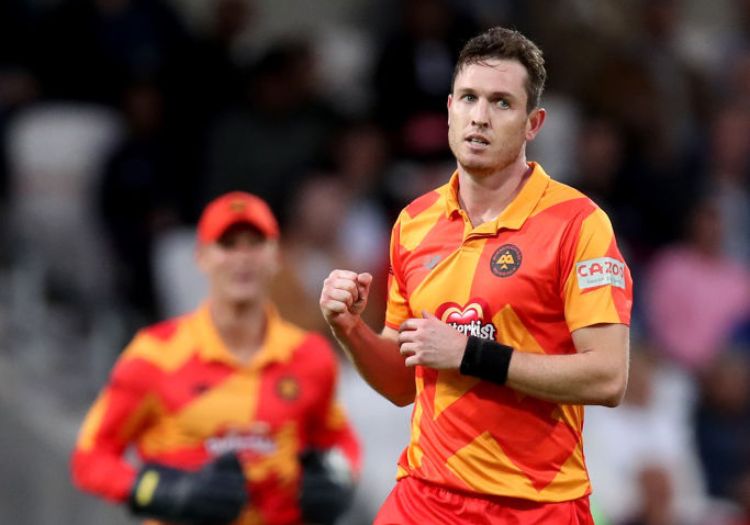 If fit, Adam Milne will cause opposition lineups all sorts of problems [Getty Images]

Phoenix were dealt a blow 10 days before the tournament with the news Olly Stone had broken a finger and would be ruled out of The Hundred. Stone offers express pace and a serious challenge of the batsmen at both of the innings. He has since been replaced by Timm van der Gugten.

Stone's injury follows those to Matthew Fisher, who has been replaced by Tom Helm, and Chris Woakes (whose recovery from various ailments this summer has been slow, with the allrounder now facing knee surgery which will rule him out of the rest of the English summer). Adam Milne is the ace in the pack for Phoenix, but he too has been struggling of late and his availability remains unclear.

Helm has been a bowler of some promise for some time. The Middlesex quick has long been tagged as someone capable of going well beyond 90mph but his career short-format stats - 72 T20 wickets at an economy rate of 9 from 64 matches - has not progressed at quite the speed many might have hoped. This Hundred season could present an excellent chance to take his game and status further, however, especially given the niggles flooding the rest of the squad.

Howell is Mr Variation; as many as 13, in fact, including a selection of knuckle-balls, split-finger deliveries, regular and cross-seam, leg and off-cutters. He calls himself a "quick spinner". Whatever you want to term Howell's style, its impact is undeniable - a career T20 economy rate of 7.15 to go with his 174 wickets.

Tahir's combinations of standard leg-breaks, googlies and top-spinners which skid through the surface have been a challenge to batsmen all around the world for more than two decades. Moeen offers another spin option, though he will use himself sparingly, particularly against right-handers, Livingstone bowls both off-spin and leg-spin, and D'Oliveira - a leg-spinner - adds further depth.

Kane Richardson could end up being a critical figure for Birmingham, given the injury issues which are interfering with the side's preparations. Richardson is a useful death bowler, and will need to lead the line if Milne is unfit or called away to New Zealand international duty.

Howell or Tahir certainly could fill this role, should Moeen seek it necessary. 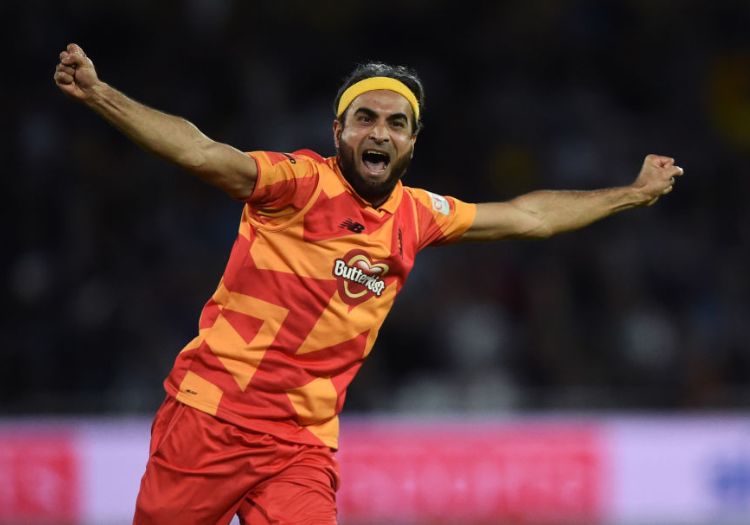 Wade is primary option in this group but Benjamin is an able deputy and took the role on at times last year.

The main departure on the playing staff is Finn Allen, the New Zealand opener. Wade is his de facto replacement, and Phoenix no longer have the Glamorgan keeper Chris Cooke on their books as a result. Domestic departures include Worcestershire bowlers Pat Brown and Dillon Pennington, and Kent batsman Daniel Bell-Drummond. In comes Graeme van Buuren, Helm, Mousley, Richardson and Henry Brookes.

Edgbaston is well known as one of the best venues for live sport in the UK. The host stadium for T20 Blast Finals Day regularly produces hard and true surfaces, which do not offer the slightest bit of relief for bowlers if they fail to execute their skills.

Sound from the ground: Leadley, Kofi Stone, Big Image and Jordan Mackampa will all perform live at various points during the competition.