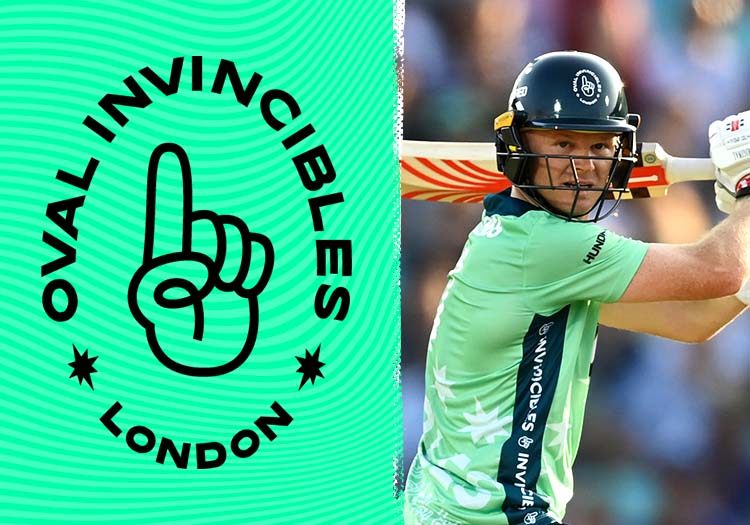 A former Australia international with more than 20 years coaching experience. Helped England to Ashes 2005 glory as a fielding coach, led Sri Lanka to the 2007 World Cup final and has worked with Kings XI Punjab (now Punjab Kings) in the IPL, Bangladesh Premier League side Rangpur Riders, Multan Sultans in the PSL and is now the director of cricket at Sunrisers Hyderabad.

Billings has enjoyed a frenetic last 12 months. He captained Kent to the T20 Blast title, played at the T20 World Cup, went from the Big Bash League to an England Test debut in the Ashes, and then from the Caribbean to the Indian Premier League. Billings has played another two Tests this summer and after an underwhelming Blast campaign with the Spitfires is preparing to leave the Invincibles in a second Hundred campaign.

There are few who talk about the game is a more enthusiastic manner and he is an asset with both the bat, behind the stumps and as a leader. 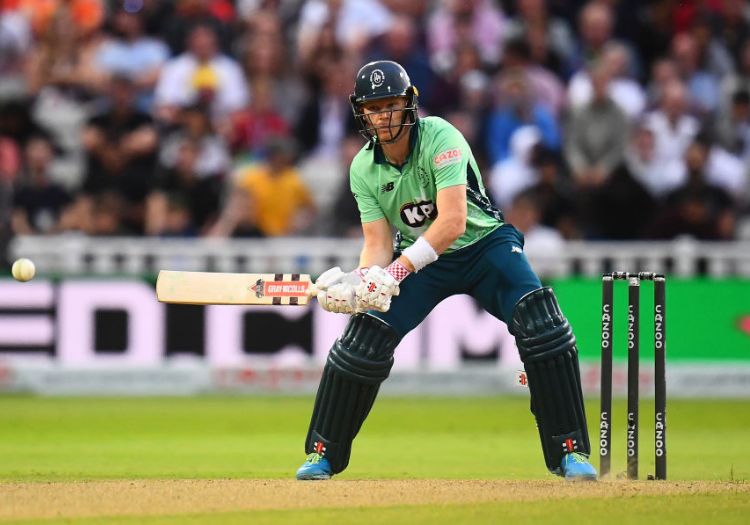 Sunil Narine: The West Indies allrounder was released during the off-season but returns to Invincibles after being picked up again in the draft. Narine has a T20 record that will stand the test of time, with 452 wickets in 419 games and the joint-best economy rate in history of those to play 57 games or more.

He went at less than a run-a-ball during Surrey's Blast campaign, taking 14 wickets. Though regularly among the wickets, he stems the flow of runs at one end and forces batters take risks against his teammates.

Peter Hatzoglou: Australian spinner Peter Hatzoglou will be available for the Invincibles from August 27 as a partial replacement for Sunil Narine. The 23-year-old picked up 17 wickets in his debut Big Bash campaign for Melbourne Renegades before contributing 15 wickets to Perth Scorchers' title charge in 2021/22.

Rilee Rossouw: Some 623 runs in the Blast helped Somerset secure a place at Finals Day. Invincibles picked him up in the £60,000 category (Luke Wood, Tom Hartley and Rehan Ahmed are in the same price band) which looks like a steal. With Laurie Evans having departed and now double the value, the South African looks like a shrewd addition who will love batting on those true Kia Oval pitches.

Hilton Cartwright: The Australian returned for a second spell in county cricket with Derbyshire as a replacement for Shan Masood, but has struggled for form. A surprising pick-up during the player draft, particularly given his rare outings with the ball in T20 cricket in recent years. Has a decent BBL record with Perth Scorchers and Melbourne Stars, scoring 1,284 runs in 62 innings. Might have a watching brief unless injury or Covid hits the camp.

Mohammad Hasnain: Available to bowl again following a ban after having his action reported during the Big Bash, the Pakistan quick was one of the eye catching arrivals of the overseas wildcard picks. Capable of hitting upwards of 90mph, he fills a void in the Invincibles squad. Has lacked regular cricket for obvious reasons but a spell with Worcestershire should ensure he can hit the ground running. "The Hundred looked like great fun last year," he said upon confirmation of his arrival. The tournament will certainly be better for it. 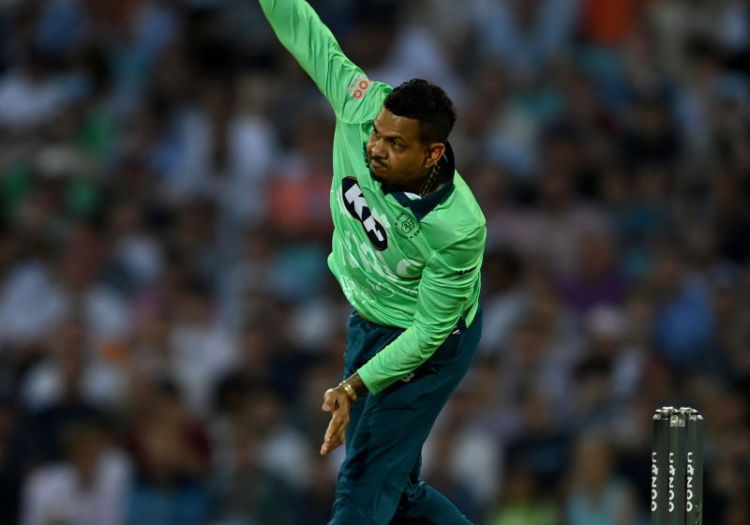 Sunil Narine is a threat with bat and ball [Getty Images]

Jason Roy: One of England greatest's white-ball openers and a key cog in the 2019 World Cup win. They are contributions that are worth remembering as Roy goes through a difficult period. Bar an unbeaten century in the Netherlands, it has been a tough few months both internationally and domestically, during which he scored 95 runs in the India ODIs and T20s and added another 57 in three games against South Africa, with the ball coming into him being a particular issue.

The Blast with Surrey went slightly better but he continues to have a tendency to try to hit himself back into form. Top-scorer for the Invincibles last season, this might be the platform he needs before the World Cup.

Sam Curran: Approaching full tilt after a tough winter recovering from a stress fracture in his back. Curran is hitting top form at just the right time, having enjoyed a good Blast campaign (236 runs, strike rate 146, 11 wickets, economy 8.06) to force his way back into the England fold. Unlikely to be Test ready just yet, so Invincibles should get a full campaign out of Curran who will likely bat in the top four and be used in dispatches with the ball. Sees himself as the heir apparent to Ben Stokes, so it is important he starts to perform consistently in tournaments such as these.

Will Jacks: Not 24 until November, Jacks is developing into a superstar cricketer for all formats on the biggest stages. Has kicked on from a winter on the franchise circuit, top-scoring for Surrey in the Blast (449 runs, strike rate 142) and now translating that firepower into the red-ball game. A three-dimensional cricketer, he is a deceptive offspinner and an exceptional fielder in the deep, taking his catching tally to 38 in T20s this summer.

Jack Haynes was an interesting addition for the domestic wildcard round having spent a period on the side-lines having straight ligaments. Back fit again, Invincibles will hope his early-season batting form returns too.

Haynes was enjoying his best first-class season before being side-lined and is averaging over 50 in the LV= Insurance County Championship. Centuries in consecutive games against Durham, Derbyshire and Leicestershire were indeed the first of his career. That form hasn't yet translated into the T20 format, but he did enjoy a good One-Day Cup last summer while averaging 51. 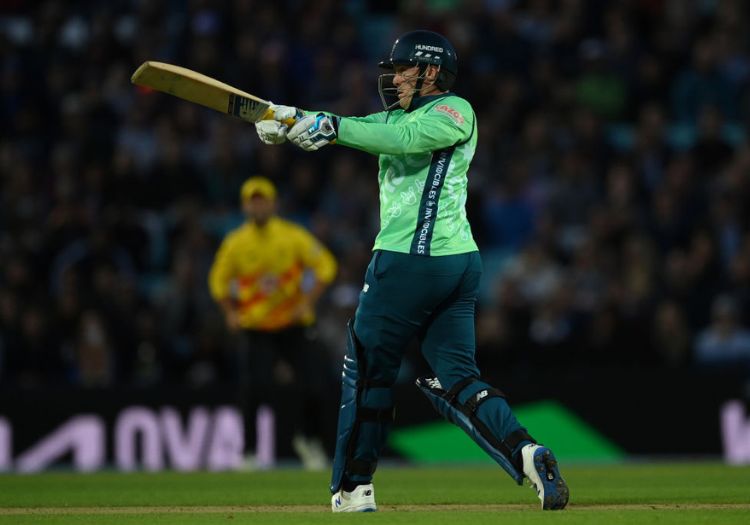 Jason Roy will be hoping for a good tournament [Getty Images]

Jacks scored at 175 in last year's competition and has a T20 strike-rate of 152. He has the capacity to go from ball one and knowing the dimensions of the Kia Oval well can exploit the best scoring areas and take advantage of the quick outfield. Rossouw's Blast runs for semi-finalists Somerset came at 192 and he struck more fours than anyone in the competition.

Roy can be more selective at the top these days but his reputation goes before him and Narine has the capacity to tee off at will.

Only Saqib Mahmood scored at a slower rate than Billings for the Invincibles last term (131) which is only a touch above his average T20 scoring rate. His 49 from 30 deliveries on the opening night following by a 34-ball 40 in wins over Manchester Originals and Welsh Fire highlighted what he can give this line-up coming in at No.5. Rory Burns gets rare outings against the white-ball and while he a fluent striker with the ball in the slot he strikes at 118., though he has been released back to Surrey for the One-Day Cup.

Narine has the body of work to make his role his own. Though able to bat in the top three his ability go from ball one means he'll be an asset down the order in the 100-ball game. The West Indian scored at 163 in the Blast, scoring two fifties against Hampshire and Middlesex from No.5. He is four maximums away from reaching the 200 barrier in T20 cricket and it would be a major surprise if that milestone evades him after The Hundred.

Invincibles used him as a floating hitter in 2021, sending him to the crease when the match-up was right.

When Invincibles have got their first-choice line-up in place (and England's Test series with South Africa should afford them that luxury), few will be able to live with them. But underneath there are good domestic players rather than spectacular ones. Jordan Cox, Jack Leaning, Haynes, Cartwright and Burns are all capable on their day but you'd be a fool to question that they are anything other than a major step down. 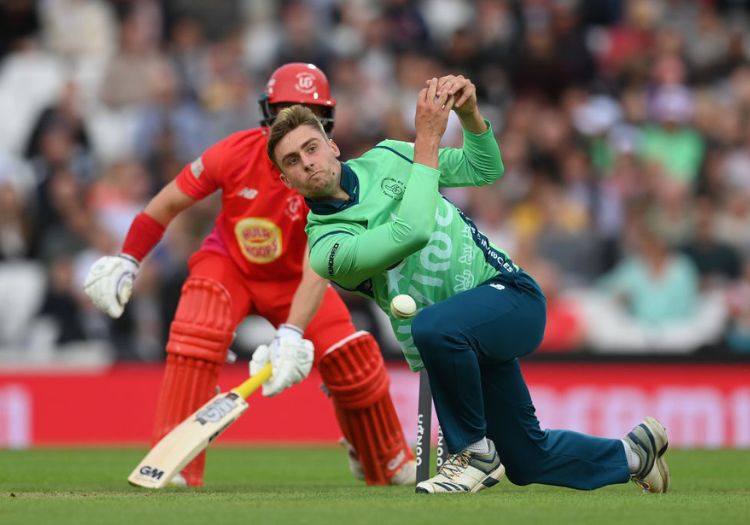 Hasnain is a box office bowler and will rival Adam Milne as the fastest seamer in the competition. The Pakistan youngster is wild and short of competitive cricket but what they lose in accuracy Invincibles will gain in having an extreme pace option up their sleeve at the death. Milnes is capable of spells in the mid-to-late 80s, knows the county game well and played four times for Welsh Fire last term, taking three wickets. Losing Mahmood is a blow and Gus Atkinson has been denied the opportunity to to display his talent to a wider audience.

Truth be told while Invincibles have plenty of spin options, they don't possess a bag of tricks. Jacks, Briggs and Leaning are about subtle tweaks rather than turning it square or being hugely deceptive in flight. Leg-spinner Sowter provides the alternative avenue of attack but he only delivered 15 balls last season. He's kept it tight in the Blast, however, going at less than eight-an-over for the past three campaigns.

Narine might be the best wicket-to-wicket bowler in the world, giving batters little width. His slingy action means his lengths are tough to read and opponents are often forced to take what they can. Pat Brown's best days are some four years ago – he starred during Worcestershire's Blast title success – but constant injury and battles with confidence have dominated his career thus far.

Reece Topley is no longer just the star of an inspiring tale, he is one of England's best white-ball bowlers. It isn't just his left-arm angle that makes him a tough prospect in back-to-back sets, he has a good yorker and inswinger. As with most roles in this team, Narine could very easily be given two sets of five at any stage of the innings particularly if a new batter comes to the crease.

You only need look at the way Southern Brave waltzed to the title last season to see how important Mahmood would have been to their title charge. He is a big miss. Though the spin cupboard is deep, there is no out-and-out replacement for Shamsi and Sowter has his work cut out as the sole leg-spin option. 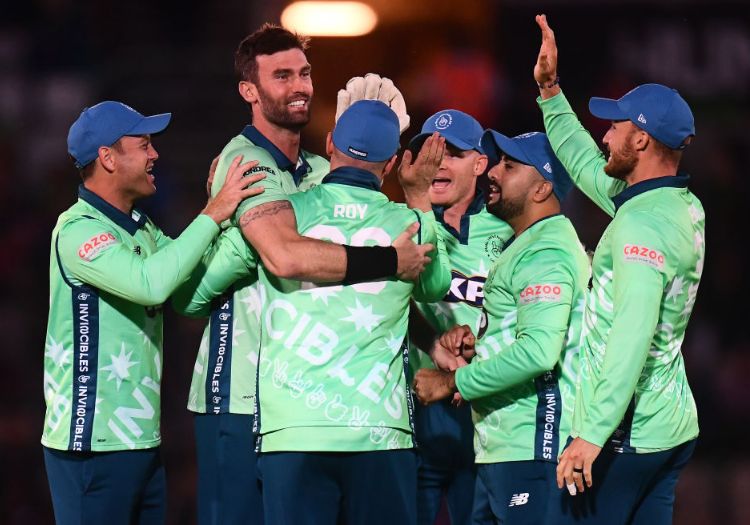 Jacks has been inspired at times for Surrey this season, with several one-handed grabs on the boundary. He took eight catches last season, as did Roy who has a history with inspired moments in the deep. Rossouw was among just a dozen players to reach double figures for catches in the Blast and is a useful addition in the field.

Billings took the gloves for all eight matches last term and is expected to start the competition as the man in possession. Should England come calling then Kent teammate Jordan Cox is the deputy and kept in a handful of Blast matches for Spitfires, claiming three dismissals.

Evans' departure to Manchester Originals was one of the standout moves during the draft, particularly given his links to south London. Narine's return was a significant moment while the draft saw them pick up some of the standout players released from 2021 including Briggs, Milnes and Leaning, while Rossouw is an addition that looks like some of the best business of the off-season.

Ground: The Kia Oval is the home of Surrey and a staple of the international calendar. Typically produces batter-friendly wickets and it is a hard ground to defend on - last season saw all but one men's game won by the side chasing. That said, no side made 148 or above last season and an Invincibles-dominated Surrey side won all of their seven home Blast matches.

Sound from the ground: The Kia Oval felt at times like the symbolic home of The Hundred last season, after it got off to be a fine start with the stand-alone women's game. Music wise, Bambi Bains, Ilio and Tamera will bring the noise, while Abbie McCartney returns to DJ at the venue.