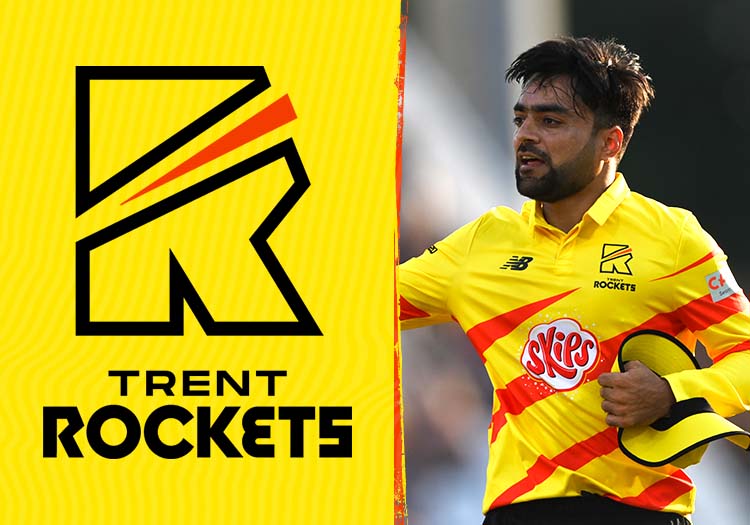 From overseeing three consecutive England series wins in the Ashes and their rise to the No.1 ranked Test side in the world to coaching franchises in the PSL, CPL and IPL, Andy Flower has a wealth of experience to call upon in The Hundred. He returns to Trent Rockets after guiding them to the playoffs in 2021 and has been given the chance to imprint his own style on the squad this year, having inherited a side picked by Stephen Fleming last time out.

A genuine allrounder, who chose to bowl just 25 balls last year, Lewis Gregory was in fine form for Somerset in the Blast, taking 15 wickets at an average of 20.26. Having captained England Under-19s and the Lions, Gregory is no stranger to leading a side, and has franchise experience in Pakistan, Australia and Bangladesh.

Rashid Khan: One of the quickest spinners on the circuit, Rashid Khan can deceive you in the air with his changes of pace and drift before the ball has even had a chance to turn off the surface.

He was uncharacteristically expensive last year, taking his 12 wickets but conceding 1.35 runs per ball. No slouch with the bat, he boasts a T20 strike rate in excess of 140. Rashid was one of 10 players retained by the Rockets for this year’s tournament, but he is expected to be unavailable in the middle of August when Afghanistan tour Ireland (August 9-17).

Tabraiz Shamsi: The South African spinner has been recruited as a partial replacement for Rashid Khan and with over 200 T20 wickets, a career economy of 7.19 and a spot in the ICC's top-10 T20I bowlers, he’s not a bad swap. Tabraiz Shamsi represented Oval Invincibles in 2021, picking up seven wickets in six appearances. Like Rashid, he was a touch on the expensive side, leaking 1.45 runs per ball.

The burly 31-year-old was tied at the top of the wicket-taking charts with 12 dismissals at an average of 13.08 and frequently stepped up to bowl a couple of sets at the death. He became the first bowler to take a five-for in the Hundred, picking up a devastating 5 for 20 against Southern Brave last July. 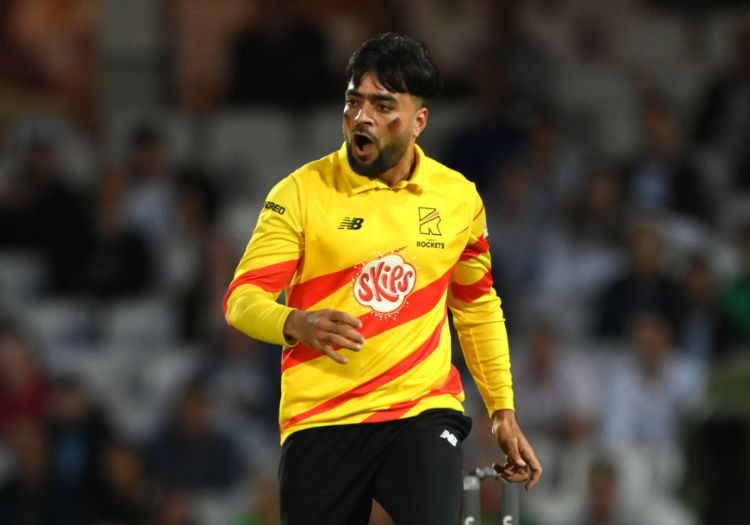 Colin Munro: What the Rockets have lost in Australian opening batter D’Arcy Short, they’ve gained in Colin Munro (New Zealand). The 35-year-old will likely slot straight in for Short and brings with him over 300 matches worth of experience in T20 cricket, most recently finishing the Blast as Worcestershire's highest run-scorer (323 runs at 26.91).

His strike rate of 136.36 in the Hundred last year, when playing for Manchester Originals, was higher than any Rockets batter to have scored more than 100 runs other than Samit Patel.

Daniel Sams: The label of 'wildcard' doesn’t quite do Daniel Sams justice: he’s a canny allrounder with international appearances as recent as February. Sams has been a stalwart for Essex in the Blast, scoring at a strike rate over 170 and taking 14 wickets in a dozen appearances, and could play as either a specialist bowler or pinch hitter such are his variety of skills.

If the Rockets can fit him in, he carries the ability to finish matches down the order with the bat, while he could take the new ball or provide a third seam option that the Rockets lacked last year, with neither Luke Wood nor Sam Cook making too much of an impression.

Joe Root: He may only be available for a couple of matches at the start of the tournament, but that's more than enough for Joe Root to make an impact. We all know Root's run of form in Test cricket – 11 hundreds in the past 18 months and so on and so forth - but he's a much handier short-format player than he's given credit for.

The former England captain has scored over 2,000 T20 runs and averages around 32 throughout his career.

Dawid Malan: Why there are constant calls for Dawid Malan to be dropped from England's T20I side I do not know. He has scored over 7,000 runs at an average above 30 in T20 cricket and will surely play every match for the Rockets this year.

He may have struggled to get going last year – if you consider scoring 214 runs from 176 balls 'struggling' – but he's a key power-hitter in his own right and can form the backbone of the Rockets' innings with the more explosive Alex Hales and co. around him. Surely, he’s a candidate to score the Hundred’s first century?

Bowling allrounder Ben Mike was a mainstay in Leicestershire's Blast side this year and his performances earned him a Hundred gig - he scored 213 runs at a strike rate of 158.95 with the bat and picked up 15 wickets with the ball.

Mike can be expensive at times with the ball but did impress at the death for Leicestershire, recording an economy of 8.22 and picking up five wickets from 54 balls. He's certainly a candidate to play for the Rockets this year, not just someone to make up the numbers. 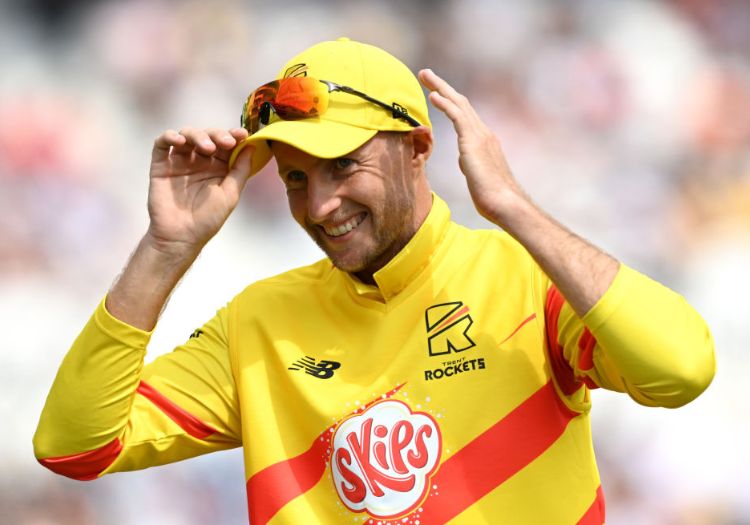 Joe Root will have minimal involvement in 2022 [Getty Images]

Alex Hales: His England days may be behind him but Alex Hales continues to show his white-ball hitting ability in franchises across the world. His strike rate of 132.14 was uncharacteristically low in last year's tournament, but he was back to his power-hitting best for Nottinghamshire in the Blast, amassing 364 runs at a show-stopping click of 193.78.

Hales' tendency to go quickly from the off will be key for the Rockets in such a short format, as will his six-hitting pedigree – only Rilee Rossouw scored more maximums per ball in the Blast than Hales, who cleared the rope every 7.72 balls.

Colin Munro: Prior to the Hundred, only nine men in history have scored 400-plus T20 sixes and among them is Munro, who has scored 428 sixes (and a further 720 fours) across his career – that’s over 42 per cent of his career runs in the format. He's in strong form, too, scoring 390 runs to help Perth Scorchers win the Big Bash, 165 runs in three outings for Islamabad United, and 323 runs for Worcestershire in the T20 Blast.

Dawid Malan: The traditional role of an anchor has largely disappeared from short-form cricket, but Malan is more than capable of steering the Rockets through their innings. Malan usually begins slowly – expect him to just rotate the strike for around 10 balls or so – before settling into his knock. The left-hander also has 43 T20 half-centuries and five tons to his name.

Tom Kohler-Cadmore: Poached from Northern Superchargers, Kohler-Cadmore performed this role admirably during the T20 Blast. He scored at a fair lick himself, striking at 139.94, but crucially scored four half-centuries. His best knock came against Surrey in the quarter-finals when his 68 steered his side into triple-figures at the Oval.

Samit Patel may seem like an unorthodox choice given his T20 career strike rate of 125.50, but his Hundred pedigree doesn’t lie. He had the highest strike rate of any Rockets player last year at 157.01 – only Liam Livingstone and Quinton de Kock scored more runs at a better rate than Patel's 179.

More than 60 per cent of his runs came from boundaries, including 11 sixes, and he finished two successful chases last year. Mike and Sams could also contribute in this area, with Mike in particular in hot form with the bat.

Last year, in spite of their star-studded squad, Trent Rockets struggled with their strike rate with just two players scoring more than 50 runs at a strike rate of over 135 – runners-up Birmingham Phoenix had six!

Hales, by his T20 Blast standards at least, struggled to get going last year and while the additions of Munro, Ian Cockbain (who shone during the 2021/22 Big Bash) and Kohler-Cadmore are a boost, can the Rockets compete with the firepower of the teams around them? 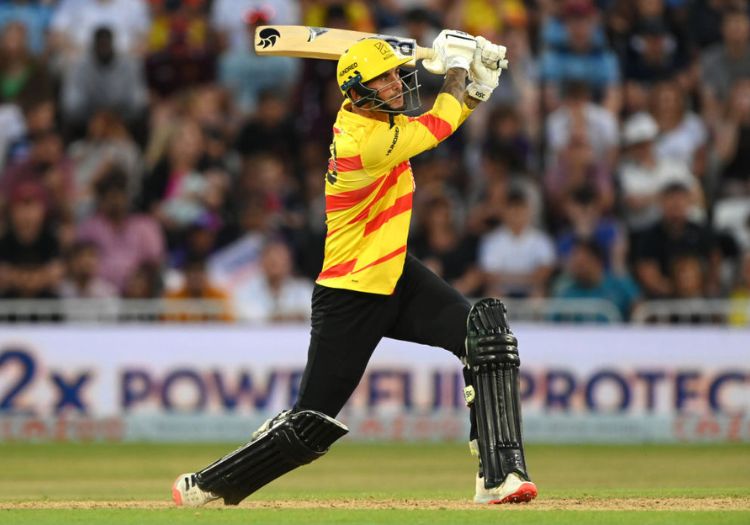 Alex Hales is a powerful option with the bat [Getty Images]

Sams, the leading wicket-taker in the 2019/20 Big Bash, and fellow left-armer Luke Wood are also not short on pace. Wood was expensive last season, conceding 1.57 runs per ball, but has impressed for Lancashire in 2022 T20 Blast, taking a career-best 14 wickets and conceding 8.44 runs per over.

Rashid Khan has plenty up his sleeve to make a world-class batter look like your average village cricketer. A self-described 'spin-fast' bowler, the Afghanistan international often gets his speeds up to around 60mph, troubling batters with his unorthodox pace on top of his ability to turn the ball both ways. With a devastating slider also in his armoury, he is tricky to pick up and provides variation for the Rockets.

His replacement, Shamsi, meanwhile, is a tricky left-arm wrist-spinner, with an effective googly and plenty of variations. Expect him to control the middle overs in Rashid's absence.

On paper, Sam Cook is the obvious choice here. A traditional seam bowler, his skills lie in bowling around the top of off stump and hitting his spots, but he was used sparingly by the Rockets last year. Spinner Matt Carter also bowls a tricky line and length while the reliable Steven Mullaney could also be an asset in the middle overs.

Both de Lange and Rashid Khan are candidates for a 10-ball set and could do some serious damage if they get on a roll. Cook bowled back-to-back fives on occasion last season while Root may also have tried his hand at it, but it was a tactic used quite sparingly by the Rockets last year.

Losing Rashid for a fortnight was initially a huge concern for Trent Rockets but Shamsi is about the best replacement you could parachute in. The seam attack, however, isn't blessed with such strength. Last season, de Lange was the only seamer to really impress with the ball, with Wood and Cook both struggling for consistency and Gregory only giving himself 25 balls. Mike, Luke Fletcher and Sams certainly bolster their seam reserves, but there is an absence of star quality. 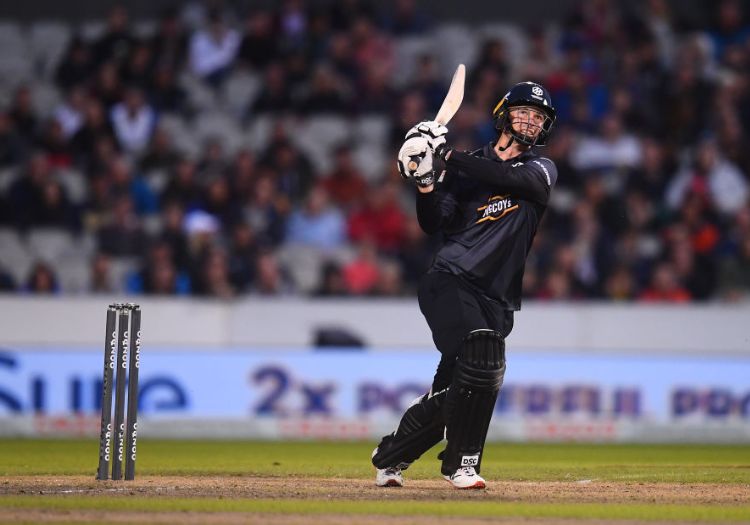 There's a bit of competition here, with Tom Kohler-Cadmore's arrival putting Tom Moores' ownership of the gloves under threat. The Nottinghamshire gloveman completed 13 dismissals and scored 266 runs in the Blast this year, but Kohler-Cadmore is a more reliable batter. If there's room for both players in the XI, Moores should get the nod but if only one can stay, it's surely advantage Kohler-Cadmore.

Ground: Together with Taunton, Trent Bridge is known for hosting absolute run fests. The ground saw a phenomenal aggregate match run rate of 12.18 when the Outlaws hosted Birmingham Bears in the Blast this year, the highest of the tournament, and has a reputation for a lack of swing and spin. Hales, Munro and co will be licking their lips at the prospect of playing four matches at such a small ground.

Sound from the ground: Sea Girls, Beka, Casey Lowry and Queen Millz will all be performing at Trent Bridge over the course of the competition.