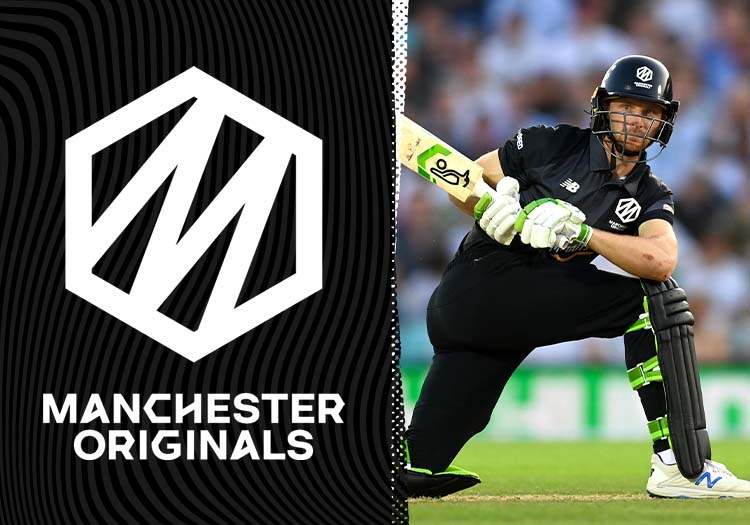 England's white-ball skipper led the Originals in their inaugural season but only featured for the side on two occasions due to his Test commitments. Carlos Brathwaite skippered the side in his absence. There should be no such issues this season, however, with Buttler out of favour with the red ball, and with full access to his composed leadership and talismanic T20 batting skills, Manchester Originals can feel confident of improving on last season's sixth-place finish (two wins, four defeats, two no results). 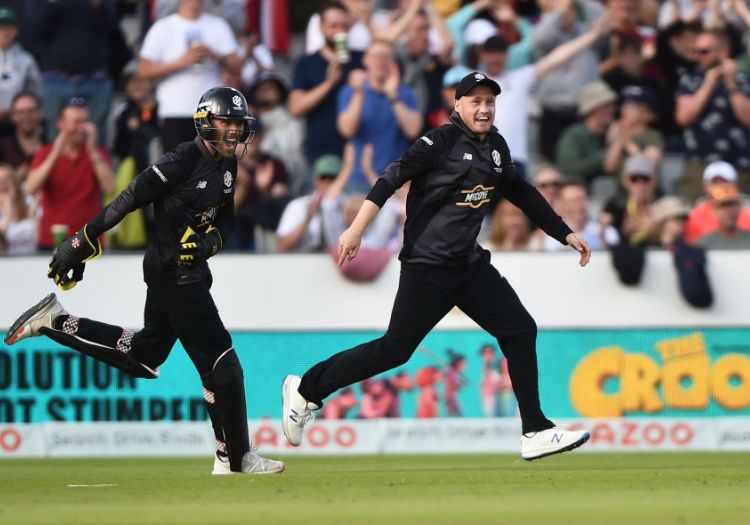 Andre Russell: Among the best T20 allrounders in the business, Andre Russell is a stunning signing for Manchester. Even though his powers are waning, he has a reputation as a master finisher, scoring nearly 7,000 T20 runs at a strike rate of 169.50 – 75 per cent of which have come in boundaries. With the ball, he's in the form of his life, picking up 17 wickets for Kolkata Knight Riders in the 2022 IPL.

Granted, he's on the expensive side but 17 wickets in 28.1 overs are the statistics of a player who makes things happen. With the Caribbean Premier League starting on August 30, Russell is expected to miss the business end of the tournament.

Sean Abbott: The Australian is marketed as a pace-bowling allrounder, but it really is his bowling which Manchester have invested in – his T20 batting stats read 571 runs at a strike rate of 110.65. With the ball, however, Sean Abbott has 136 wickets in 111 matches and an economy of 8.51 – solid rather than world-beating but a worthwhile addition for £60,000. He is, however, likely to miss the latter stages of the competition after being called up to Australia's white-ball squad.

Tristan Stubbs: A last minute replacement for Wanindu Hasaranga, the 21-year-old South Africa international produced an eye-catching performance against England in July, scoring 72 runs off 28 balls. A powerful middle-order batter, he is not a like-for-like swap for spin-bowling allrounder Wanindu Hasaranga, but is a fine addition nevertheless. Hasaranga was forced to pull out of The Hundred on the eve of the tournament after being denied a no-objection certificate by Sri Lanka Cricket.

Ashton Turner: An allrounder with 27 white-ball international caps to his name, Ashton Turner adds top-six depth, occasional right-arm spin and considerable leadership experience to the Manchester Originals squad. Already in 2022, he's captained Perth Scorchers to Big Bash glory - contributing 357 runs at a strike rate of 153.87 from the middle order – and Western Australia to the Marsh Cup (List A) before linking up with Durham for the T20 Blast. A versatile batter and an impressive striker of the ball.

Josh Little: Ireland international Josh Little will be available for Manchester Originals from August 21. The 22-year-old left-arm pace bowler has made 70 T20 appearances across his career, taking 79 wickets and posting an economy of 7.41 For Ireland, he has 49 T20I wickets in 45 outings. Economical and in possession of a good bouncer. 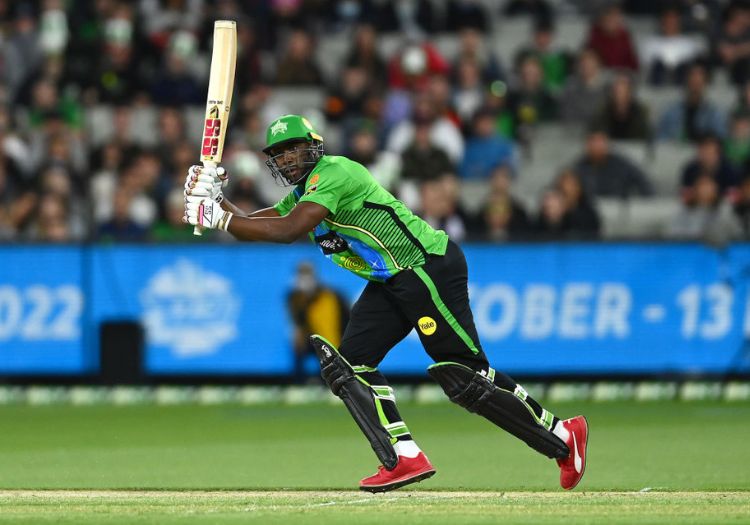 Jos Buttler: It's hard find a bigger star in T20 cricket than skipper Buttler. His recent IPL stats tell you all you need to know: 863 runs, including four centuries and four half-centuries, at a strike rate of 149.05. He's a player in immense white-ball touch. An explosive opener with the full 360-degree shot arsenal well within his powers, his availability is of huge importance to Manchester Originals. And with support from the free-scoring Phil Salt, an in-form Wayne Madsen, Laurie Evans and Turner, he’ll be less of a one-man band than at Rajasthan Royals.

It's third time lucky for Richard Gleeson in The Hundred after watching two contracts for the inaugural edition – one with Northern Superchargers and the other with Manchester Originals – go up in smoke due to injury.

The 34-year-old pace bowler returned from a stress fracture in May 2022 and took a competition-leading 25 wickets in the T20 Blast. He has variations up his sleeve, including a very hostile bouncer, and with his wickets split between the powerplay (11) and the death (14), his role in the Originals setup couldn't be clearer.

Where to start? Buttler, as we all know, excels in this department as does Andre Russell lower down the order – the latter boasts over 450 fours and 550-plus sixes across his T20 career. He doesn't score as many sixes, but Phil Salt is no slouch at the top of the order. He scored 390 runs (47 fours, nine sixes) at a strike rate of 147.16 in the 2022 Blast and in combination with Buttler should get Manchester off to a flyer. Ditto Wayne Madsen. If selected, the veteran Derbyshire batter is in scintillating form, scoring 499 runs (52 fours, 13 sixes, strike rate 165.23) in the Blast.

Without wishing to overburden Buttler, he’ll likely be expected to perform in this role. Surrounded by quick-scoring players, Manchester Originals will want more than just a bash and crash cameo from their skipper, instead hoping he can replicate his IPL form and hit multiple half-centuries. If he can do that, it will enable those around him to play their natural games. After all, a slow and steady run-a-ball knock doesn't really cut the mustard in The Hundred.

As mentioned, Manchester have one of the best in the business in Russell. Only three players (Kieron Pollard, MS Dhoni and David Miller) have scored more runs than the West Indian in the death overs (2,846) while his strike rate in this period is 203.28.

And should he have an off day, depending on their XI, Essex's Paul Walter could step up. A late replacement for the injured Jamie Overton, Walter scored 404 middle-order runs at a strike rate of 152.45 in the 2022 T20 Blast. However, new addition Tristan Stubbs will be the player Originals' fans want to see take off. With a T20 strike rate in excess of 160 (albeit from a 25-match sample size), they shouldn't be disappointed.

Manchester's batting was poor last season and while this year's squad certainly looks to be an improvement, there are couple of problems.

Once again, variation remains an issue, with Tom Lammonby the only left-hander in their squad – and he's far from guaranteed a spot in the XI. However, perhaps of bigger concern is the lack of quality depth. They've certainly strengthened their first-choice batting with the additions of Evans, Turner, Madsen and Russell, but could find themselves severely weakened by an injury/call-up or two. It doesn't help that none of their out-and-out bowlers offer much hope with the bat either. 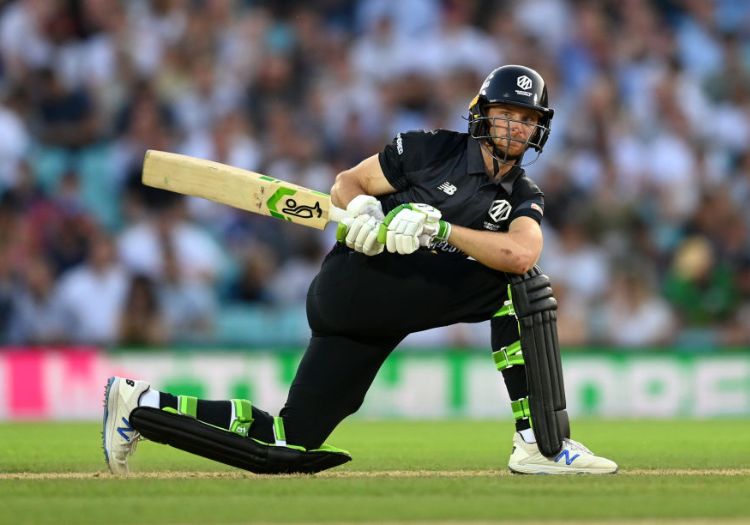 Richard Gleeson is the big threats in this department and is likely to form the cornerstone of Manchester's attack. He's not express pace, granted, but oozes hostility thanks to his line and bounce (he bowled 137 dot balls in the 2022 T20 Blast), and really is a nuisance in both the powerplay and at the death. Perhaps even more crucially, he's economical too, conceding just 8.16 runs per over during the 2022 T20 Blast.

Walter is a medium pacer but with 29 wickets and an economy of 9.11 across his T20 career, he'll have a tough job replacing Overton.

On paper, Manchester Originals' bowling line-up is not short on variation. Left-armers Klaassen, Walter and Lammonby are nestled in among an arsenal of right-arm pace bowlers; Matt Parkinson and Calvin Harrison both bowl right-arm leggies, with the latter's height affording him valuable extra bounce; and Tom Hartley bowls slow left-arm spin.

Parkinson was hugely impressive for Lancashire during the Blast, taking 13 wickets and conceding 7.53 runs per over in 12 appearances. Hartley, meanwhile, has a valuable point of difference as a spinner who bowls in the powerplay. In 34 powerplay overs, he's taken seven wickets and conceded just seven sixes.

Klaassen will be handy here. He was a trifle expensive in the 2022 Blast, conceding 9.01 runs per over, but did bowl 118 dot balls.

If he's taking wickets, causing problems and feels his body is up to the task, a 10-ball spell from Gleeson could wreak havoc. This could be deployed particularly well in the powerplay if he strikes with his first couple of deliveries. Ditto Russell – if he's in the mood and taking wickets, why stop him?

There is, however, considerable pressure on Gleeson to dominate at either end of the innings and with Overton now out for the tournament, there's a lot riding on him maintaining his fitness. The decision not to balance the attack with an X-factor pacer, and instead use up an overseas pick on Abbott – a player with limited availability and not exactly a unique skillset - feels like an odd choice. 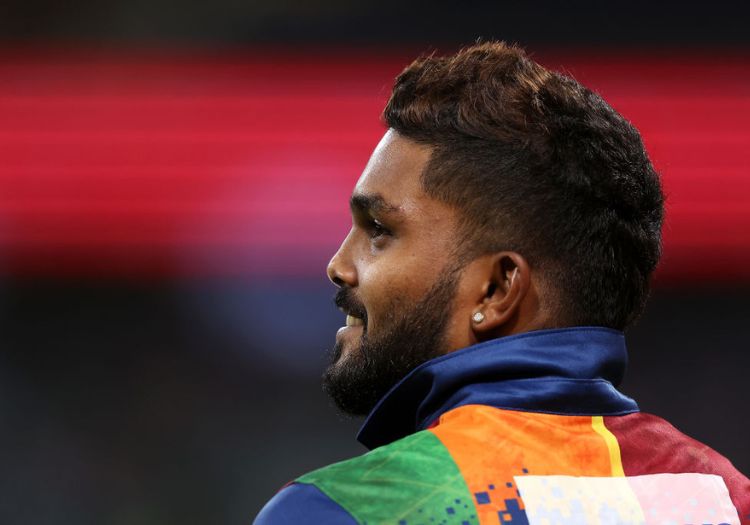 Hartley and Madsen both captured 11 catches in the T20 Blast, with Hartley particularly reliable in the deep. Of course, whichever one of Salt and Buttler doesn't take the gloves will also be an asset while the highly athletic Russell is a social media admin's dream in the field.

Buttler took the gloves in both of his appearances last season, indicating he sees himself as Manchester Originals' No.1 gloveman. However, should he fancy focusing on his batting and captaincy – or find himself absent for any reason – he has a fine understudy in Phil Salt. Lancashire's regular keeper, Salt completed seven dismissals in the Blast (four catches, three stumpings).

Joe Clarke, Steven Finn and Sam Hain are the other notable departures. Laurie Evans and Daniel Worrall are the new faces while Wayne Madsen and Richard Gleeson return after being ruled out through injury in 2021.

Ground: Emirates Old Trafford. A spinner's delight, with one particularly big square boundary. It is by no means a high-scoring ground, with an average first-innings score of 163 and an average winning score of 168 in T20 matches, and the weather is likely to influence the result – two of the Originals' four home matches were rained off in 2021. In the two completed matches, London Spirits’ 142 was the highest score while 17 of the 29 wickets fell to spin.