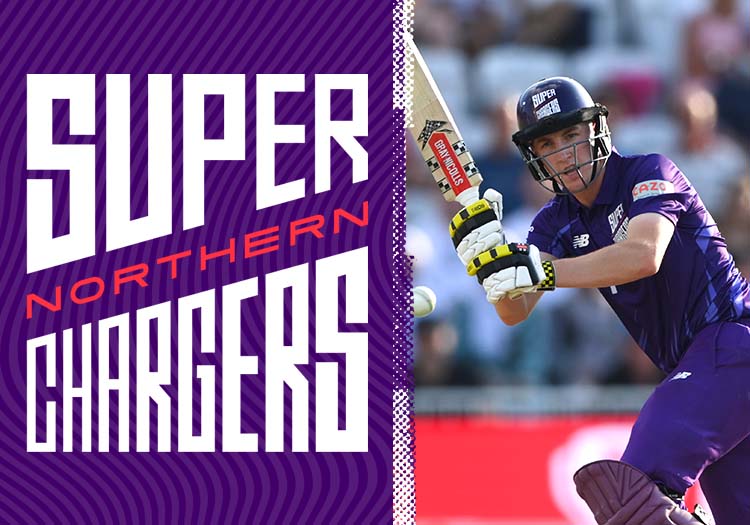 Former England and Essex wicketkeeper James Foster is the first English coach to earn a head coach gig in the Hundred (men's). He replaces Darren Lehmann, who stepped down from the position in January 2022, and brings a wide-ranging CV to the role, including serving as a wicketkeeping consultant with England and stints in the IPL, Big Bash and PSL.

In the latter competition, he was appointed head coach of Peshawar Zalmi ahead of the 2022 season and steered his side to the playoffs.

Aaron Finch (withdrawal) and Faf du Plessis (concussion) were both due to lead Northern Superchargers in 2021 but were later unavailable. Ben Stokes then took charge for two matches before taking a break from cricket, leaving David Willey in charge.

The allrounder, who bowls left-arm pace and operates as a pinch hitter, led his side to fifth place, winning three out of seven completed matches. With Stokes once again unavailable (workload management), du Plessis will finally get the chance to lead the side. 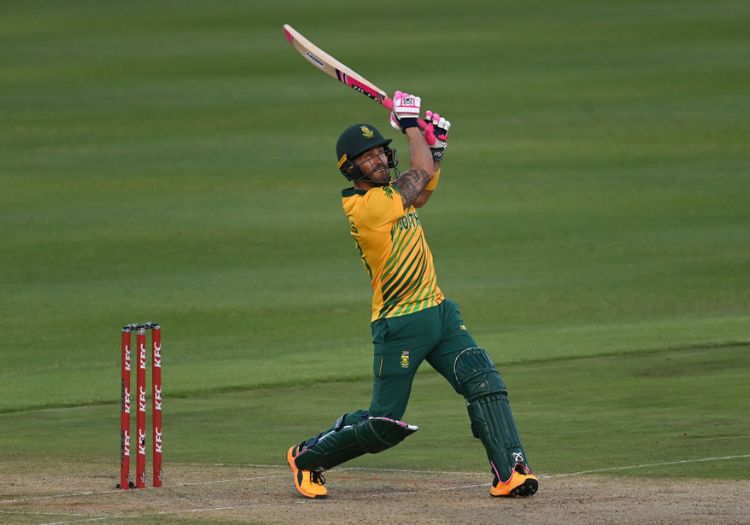 Faf du Plessis: The veteran South African was forced to sit out last year's tournament with a concussion but is back for 2022. Faf du Plessis is one of the best batters in T20 cricket, with over 7,500 runs, more than 50 50-plus knocks and a brisk strike rate of 129.51. Not only a versatile batter, he's also athletic in the field and an experienced leader.

Wahab Riaz: Pakistan fast bowler Wahab Riaz only made one appearance for Trent Rockets last year but boy, did he make an impression, picking up 4 for 30 and taking three wickets in the final 10 balls.

The 37-year-old can bowl anywhere but the death is his strong suit, with 142 wickets and an economy of 8.27 in the final four overs prior to this year's competition. You have to accept the rough with the smooth with Riaz, who can be inconsistent, but he's a proven match-winner on his day.

David Wiese: South Africa and Namibia international David Wiese is an imposing allrounder, free-scoring with the bat and impactful with the right-arm pace. He only made two appearances for London Spirit last season but with over 3,000 T20 runs at a strike rate in excess of 140, 200-plus wickets and vast experience in English conditions after spending several years with Sussex, he's a valuable addition.

Dwayne Bravo: Experience was clearly a priority for Northern Superchargers with 38-year-old Dwayne Bravo completing their overseas quartet. The West Indies international is a handy middle-order batter, with over 6,800 runs to his name, and a potent right-arm seamer, with nearly 600 wickets and a career economy of 8.21. He warmed up for the Hundred with a stint at Worcestershire Rapids, picking up nine wickets.

Wayne Parnell: Former Worcestershire and Northamptonshire bowler Wayne Parnell is a partial replacement for Bravo. He will step in for the West Indies international from August 22. The South Africa international has taken over 230 wickets and boasts a sub-eight economy in his T20 career.

Harry Brook: Who else? Harry Brook is English cricket's man of the moment, bouncing back from a disappointing Big Bash to make his T20I debut against West Indies, help Lahore Qalandars to victory in the PSL (264 runs at a strike rate of 171.42) and contribute 436 runs (strike rate 163.90) to Yorkshire's T20 Blast campaign. He's an explosive top-order batter who hits boundaries for fun and an asset to any side.

Adil Rashid: England's No.1 white-ball spinner and Northern Superchargers' best bowler in 2021. Adil Rashid bowled a team-leading 27 overs, picked up 12 wickets and conceded just 1.26 runs per ball last year. He's among the world's best in the middle overs, expertly varying his pace and delivery, and has over 250 T20 wickets to his name.

Ben Raine: For the second season in a row, Ben Raine has been picked up by Northern Superchargers on the eve of the tournament. He made four appearances last season, picking up six wickets and conceding 1.26 runs per ball with his right-arm pace. A bowling allrounder, he boasts a career strike rate above 130 in T20 cricket. 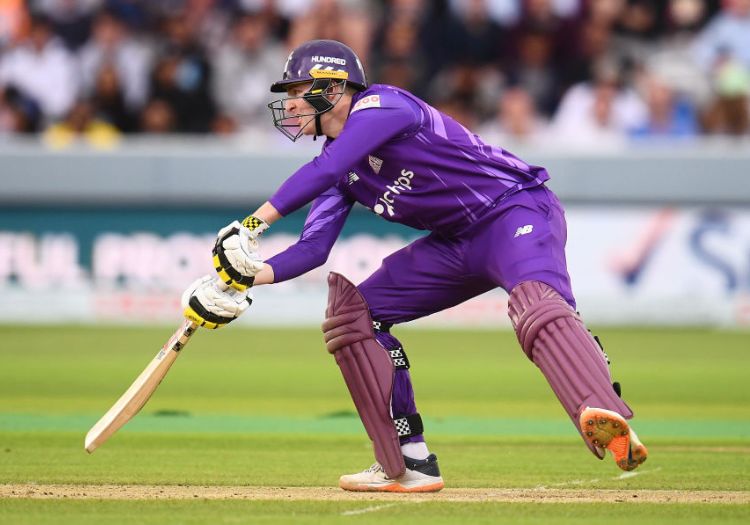 Northern Superchargers are certainly not lacking in this department. Home favourites Adam Lyth and Harry Brook scored a combined 961 runs in the 2022 T20 Blast, including 87 fours and 48 sixes, and both players posted strike rates in excess of 160. Making a lightning start to an innings should not be an issue.

Warwickshire's Adam Hose (soon to be on the books of Worcestershire), who missed out on the inaugural tournament due to a foot injury, is enjoying something of a T20 purple patch. In the Blast, he smashed 40 fours and 28 sixes from Birmingham Bears' top four on his way to 557 runs. And then there's Essex's Michael Pepper. One of the breakout players of the 2022 Blast, over 70 per cent of his 439 runs came from boundaries.

This is most likely a role for du Plessis. The experienced South African is a brisk but not rapid run-scorer, possessing a career strike rate a shade under 130, and should work well in tandem with the more offensive Lyth, Brook and co.

He averages over 30 in T20 cricket, including all those 50-plus knocks, and has replicated these statistics in franchise leagues around the world. And despite his advancing years, his powers are not waning – in the 2022 IPL, he scored 468 runs at 31.20 and with a strike rate of 127.52.

David Wiese is the obvious candidate but is that enough to justify his selection in the side? John Simpson can certainly fulfil this role - after all, the Middlesex wicketkeeper did contribute 152 runs at a strike rate of 165.21 from a similar position last year – while Bravo has operated well as a finisher in the past. Pepper and floating batter David Willey – who scored at a strike rate of 142.19 in this season's T20 Blast – are other options.

While they have plenty of options to occupy the role of finisher, a Tim David (Southern Brave) or Andre Russell (Manchester Originals) type player would give their strong batting line-up that extra spark. Depending on how many options they want with the ball, Northern Superchargers also risk lining up with a lengthy tail. That said, it looks to be a significantly strong batting line-up than last year. 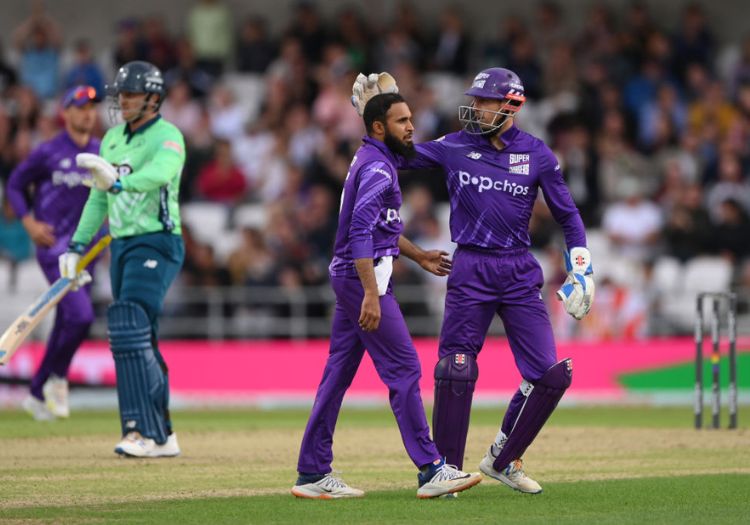 Left-armer Wahab can book-end the innings, with a focus on the death, while Willey – by no means express pace – will use swing and guile to control the powerplay. Around a third of his T20 wickets have come in the opening six overs and his 7.47 economy is a shade under his career offering.

Further depth is offered by Matt Potts, Bravo, Raine and Wiese – often a second change bowler in the middle overs. Allrounder Jordan Clark, a replacement signing for the injured Brydon Carse, can also chip in with a few setsof right-arm medium pace. Half of his 60 T20 wickets have come in the middle overs where his economy is 7.79.

Rashid is the master in this department, dominating the middle overs with variable speeds, leg breaks and devastating googlies. Prior to the Hundred, around two-thirds of the right-armer's T20 wickets have come during overs 7-16 while his economy during this period is 7.4.

Following the departure of Mujeeb Ur Rahman, slow left-armers Roelof van der Merwe and Callum Parkinson are in competition for a possible second spinner berth. Parkinson will most likely get the nod after taking 20 wickets and conceding 7.38 runs per ball in the 2022 T20 Blast. He also bowled an impressive 111 dot balls.

If he can take his form in the game's longest format and translate it into the shortest, Potts is certainly a candidate here.

Wahab delivered the perfect audition tape for this role, picking up Jimmy Neesham, Qais Ahmad, and Luke Fletcher and having Leus du Plooy runout in a 10-ball death bowling masterclass for Trent Rockets against Welsh Fire. Capable of achieving early swing and frustrating for batters when he's on form, Willey could also deliver back-to-back sets early in an innings while on a spinning track, a lengthy spell from Adil Rashid might not be a bad idea.

Bowling was an issue for Northern Superchargers last year. While they were on the whole economical, Rashid (12) was the only player to take more than six wickets and their spin department risks once again been over-reliant on him. Their powerplay bowling could use some depth, too, while the loss of Carse deprives them of one of their quicker bowlers. 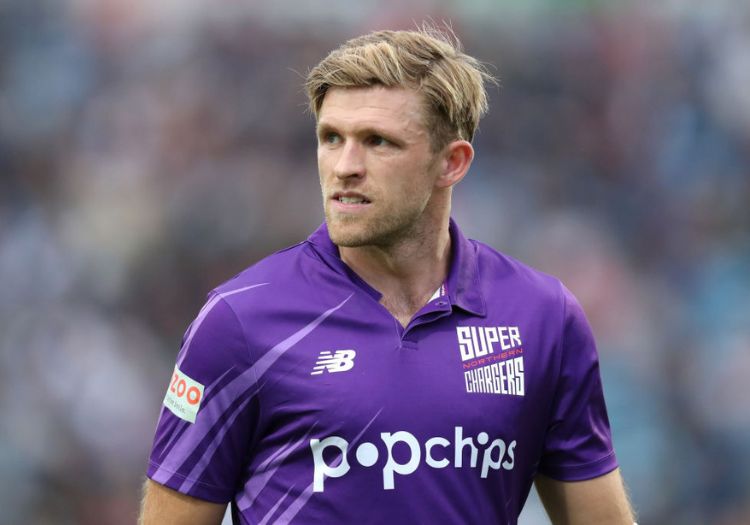 Du Plessis is an athletic fielder and equally dynamic in both the outfield and inside the ring. Brook took the most catches for Yorkshire in the T20 Blast, nine in 13 matches.

Simpson is once again Northern Superchargers' go-to gloveman. The 34-year-old completed eight dismissals (six catches, two stumpings) in last year's competition while also impressing with the bat. In the 2022 T20 Blast, he took nine catches and completed one stumping for Middlesex. Pepper will serve as his understudy.

Dwayne Bravo, Wahab Riaz and Davied Wiese are the new overseas faces, with experience evidently a priority for James Foster, while Adam Hose, off the back of a strong T20 Blast campaign, and veteran Somerset bowler Roelof van der Merwe are also set to don purple this season.

Ground: Headingley. A high-scoring ground, the average first-innings score hovers around the 190-mark – and Lancashire (213) and Birmingham Bears (238) both smashed that out of the park in the 2022 T20 Blast. It's also notoriously hard to defend a total at the ground – Lancashire only beat Yorkshire four runs despite their monster knock – with the chasing side winning around two-thirds of the matches.

Sound from the ground: Priya Ragu, Tom A Smith, L'objectif and Dolores Forever will all perform at Headingley over the course of the competition.