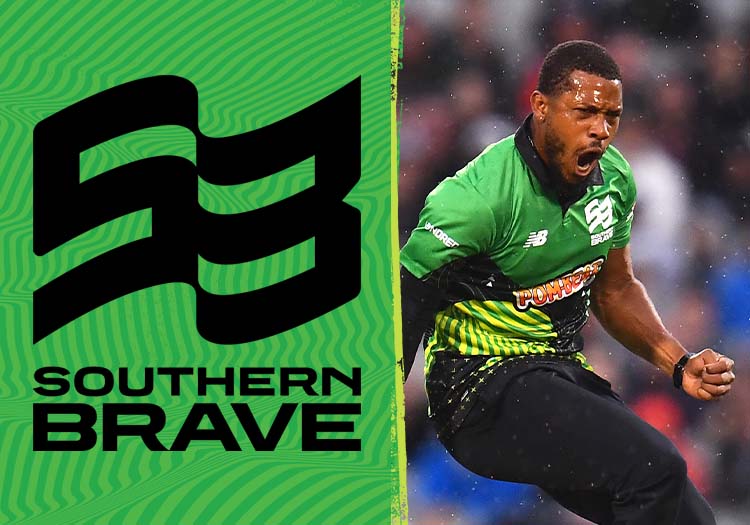 One of Sri Lanka's finest cricketers, and now an exceptional mentor, Jayawardene has a rich reputation in short-format cricket from the dugout. He has won the Indian Premier League title on three occasions with Mumbai Indians, and add The Hundred crown at the first attempt in 2021.

Behind him he has an experienced backroom unit which includes the highly regarded bowling coach Graeme 'Pop' Welch, who won the County Championship with Warwickshire last year and the Blast with Hampshire this, fielding coach Richard Halsall - who is academy director at Sussex, and Hampshire hero Jimmy Adams to look after the batters.

Team analyst is Joe Maiden, who is the Hampshire performance analyst and 2nd XI assistant coach.

The England international is on an impressive winning streak in short-form cricket. Two Big Bash titles with Sydney Sixers preceded his success in The Hundred last year, and in 2022 he has already added the Vitality Blast crown to his trophy cabinet, thanks to Finals Day success with Hampshire Hawks.

Tim David: Retained at a meagre £50,000, the Singaporean is a steal for Southern Brave. Even though he did not have a standout Blast campaign with Lancashire Lightning, David still managed 405 runs, striking at 178.

His recent form in short-format competitions around the world saw him picked up by Mumbai Indians in February's mega auction for £840,000. A proven finisher, capable of clearing the ropes with ease, even the Ageas Bowl's sizeable boundaries will not intimidate David.

Marcus Stoinis: The Australian was one of a handful of marquee signings made by the new IPL franchise Lucknow Super Giants ahead of their debut season, showing his status in the global game.

A powerful striker of the ball in the top order (he has been used as both a finisher in the IPL and an opener in the Big Bash), and handy with the ball in the middle overs, the allrounder is the sort of cricketer born to thrive in T20 and 100-ball cricket. Made runs and took wickets for Australia in Sri Lanka just prior to the tournament, but will miss the backend of The Hundred because of international duty. Paul Stirling will replace him. 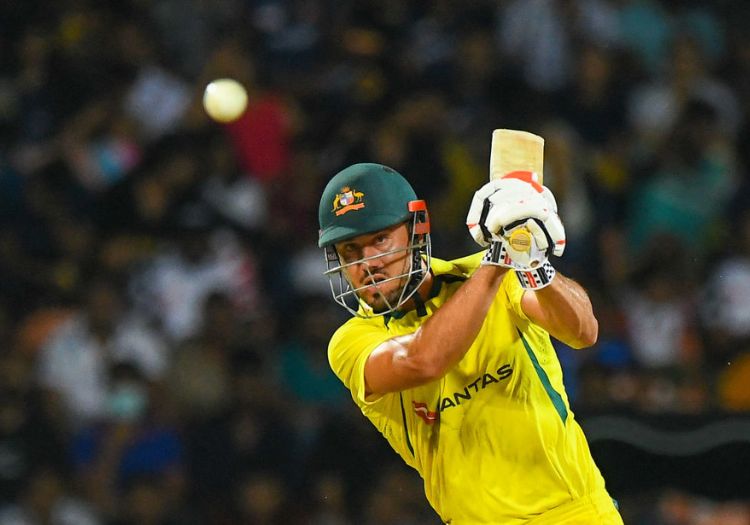 Quinton de Kock: De Kock retired from Test cricket earlier this year to focus on the shorter formats and returns to Southern Brave for a second season. A combative opening batter, and smart pair of hands behind the stumps, he will join the group late but will be an instant pick when he does arrive. A T20 career strike rate of 138 - accumulated over more than 250 appearances - speaks to a player capable of accelerating quickly and making the most of the powerplay. Sometimes susceptible to off-spin, so expect opposition to take pace off the ball early in the innings.

Finn Allen: The New Zealand batter moves down south after spending 2021 with Birmingham Phoenix. He featured for Yorkshire Vikings in the recent Vitality Blast, striking at 179 but averaging just 21 in a relatively underwhelming stint. A fast starter - Allen is top 10 of all time when it comes to reaching 50 inside the powerplay - it seems more likely that, when used, the Kiwi will be lower in the order for Brave.

Tymal Mills: No one bowled more balls in The Hundred in 2021 than Mills. Injuries continue to impact his career, but on his day there is no better death bowler in the land. Raw pace is accompanied by tremendous skill and forethought to mould a devastating short-format bowler. At 29, the England international still has plenty of years left in him.

Chris Jordan: The Surrey T20 captain has shown in recent weeks that his skills with the ball in difficult positions did not abandon him after a difficult T20 World Cup last winter. Jordan mixes yorker length with slower, shorter balls to excellent effect to stifle opposition lineups at the death, and the combination of him and Mills is a tasty one for Southern Brave. Even with the absence of Jofra Archer, there is little wonder why Brave focused on batting options with their overseas picks.

James Vince: The captain enters The Hundred in phenomenal form. He smashed 678 runs in the Blast, at a rate approaching 150 - only once has that total been beaten in a single season, by Vince in 2015. Somehow manages to retain his elegant nature at the crease while pulverising an attack into submission. Always... always entertaining to watch.

Michael Hogan of Glamorgan got the nod after picking up 20 wickets at an economy rate just above 8 during the Blast. Feels unlikely to play a great deal, given the depth of domestic bowling talent on the books at Brave. 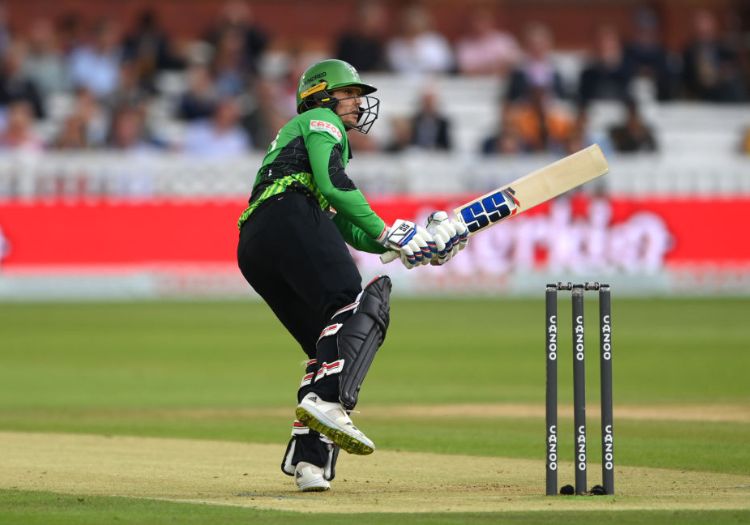 For pure power, the Southern Brave middle order will take some stopping. David is capable of hitting sixes for fun: one off T Natarajan in the IPL in the spring sailed a whopping 114 metres, while in PSL 2022 he made the fastest half-century and cleared the ropes on the most occasions. Stoinis can score at an excellent rate, too, and then there is Ross Whiteley.

The Hampshire middle-order batsman is one of few to have managed six sixes in an over in the professional game - for Worcestershire against Yorkshire in the Blast five years ago. If you need a man to come in for one ball and make the most of it, Whiteley is a very good option indeed.

Later on, of course

In so much as 100-ball cricket has anchors, de Kock and Vince offer the general characteristics to play the part, though neither will be picking off singles and posting a strike rate of around a run a ball.

David has got a name for himself in this department, and was employed in the role for Mumbai in the recent IPL - during which he struck his 186 runs at 216 from the middle order.

Gosh, this is a tough one. There is a good reason Southern Brave won the 2021 Hundred and they look like a formidable force again in 2022. Even when players are away - de Kock early in the tournament, Stoinis later on - there is enough depth to cover (which is not necessarily the case in some of the other sides). Their left-right balance is decent, though if de Kock is out early (and when he is not available), there could be a little too much right-hand focus. That aside, all the elements are their for massive targets and fast chases. 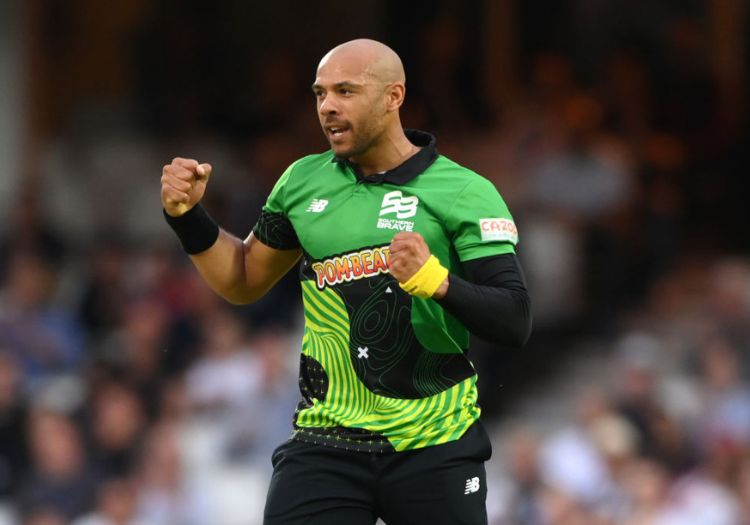 Mills can clock 90mph, though he uses a variety of pace and length. Southern Brave will have to do without Jofra Archer, who would be by far the quickest of their arsenal. The England international continues his recovery from surgery on his elbow and will not feature before the winter.

Southern Brave have two exciting spinners with very different back stories: Jake Lintott and Rehan Ahmed. Lintott is a late developer: a left-arm wrist-spinner who signed his first professional contract at the age of 27 last year and has already started to prick up the ears of the franchise world. Terrific control over a difficult art - a career economy rate of 7.2 in T20 cricket from 56 matches prior to The Hundred - is one thing, but Lintott is also a wicket-taking option (he took 22 in the Blast this year, more than any other spinner).

Ahmed, meanwhile, is much young, and a genuine leggy, but just as intriguing. His rise has been just as quick as Lintott's, aided by impressive showings for the England Under-19s and then with Leicestershire this summer. Watch out for a ripping googly when he does get the chance to play. At the larger grounds - including the Brave's home venue in Southampton - don't be surprised to see both Ahmed and Lintott selected in the same XI.

There is a third spinner in the squad - the Surrey left-armer Dan Moriarty - but chances may be few and far between.

Craig Overton is a knowledegable campaigner, with plenty of experience across formats. His T20 record is modest - a career economy rate touching 9 - but he remains a reliable option for Vince. Only Lintott took more wickets for Brave in 2021 than George Garton, though he went at around 1.5 runs per ball. Garton's long-term fitness remains a concern, with a heart rate issue related to long Covid keeping his home county of Sussex busy. A run of four games in eight days in the middle of the competition will be interesting to manage.

A blast of 10 balls from Mills or Jordan at the death could stop an innings dead. 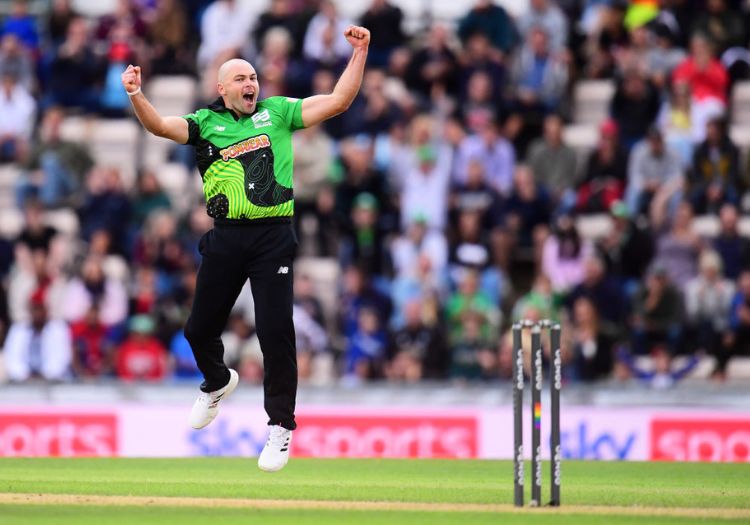 De Kock will take on the role, with Alex Davies of Warwickshire available to fill in when he is away.

Liam Dawson, Delray Rawlins, Colin de Grandhomme, Danny Briggs, Devon Conway and Max Waller were all involved last year but not this. The spin department has had a big revamp - Dawson, Briggs and Waller making way for Ahmed and Moriarty.

Ground: The Ageas Bowl has steadily become one of the top eight venues for elite cricket in the UK over the past decade. Its out-of-town situation and relative lack of infrastructure is being addressed with park and ride services and improved access routes. On the field, large square boundaries challenge even the biggest of hitters, but there is value straight down the ground, and the square is settling down to become a reasonable place to bat. Sides batting first win T20 encounters here on 63 per cent of occasions, with an average score of around 165.

Sound from the ground: The Big Moon, Ciel, Wild Front and Caity Baser will all perform at the Ageas Bowl over the course of the competition.