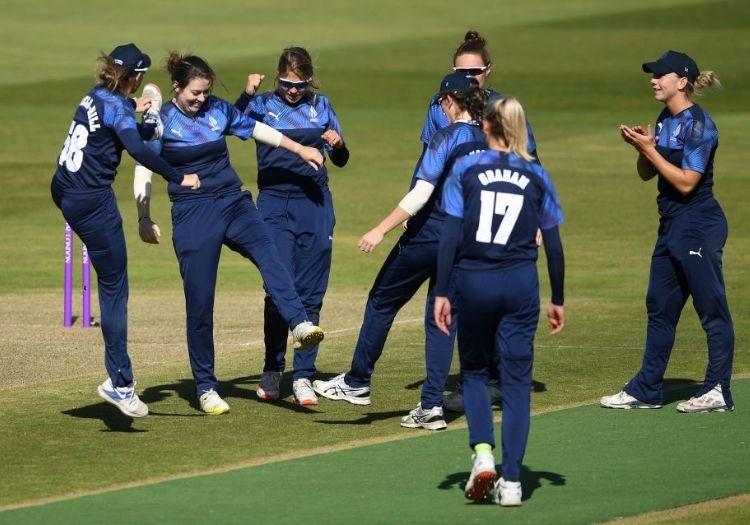 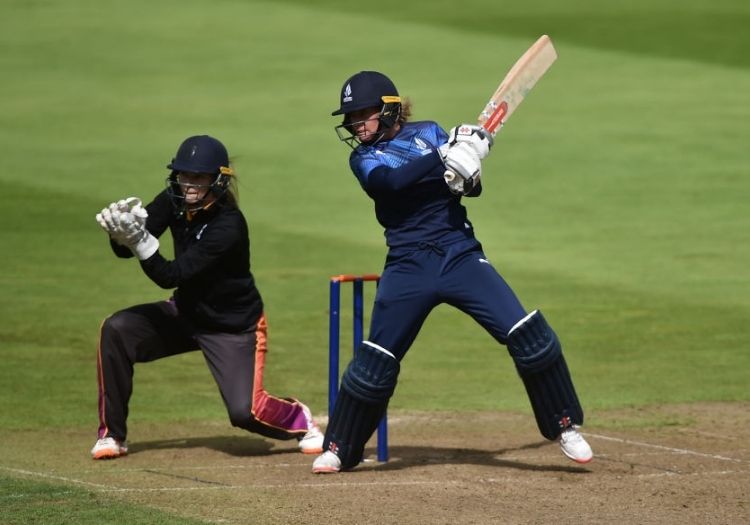 Lauren Winfield-Hill in action in 2020

Northern Diamonds dominated the North Group, winning five of their six matches, before coming unstuck against a strong Southern Vipers outfit in the final.

Winning their four opening fixtures to race away at the top of the standings, Diamonds suffered a shock defeat against Central Sparks in their penultimate group match, failing to defend 217 to slip to a six-wicket defeat.

They bounced back with a six-wicket demolition of Thunder, bowling their opponents out for 143 to head into the final with winning momentum.

However, despite setting themselves an achievable target of 232 to be crowned champions, they were no match for Vipers’ bowling attack and were defeated by 38 runs.

Sterre Kalis – who scored three ducks in her opening three innings – topped the batting charts with 197 runs at a strike rate of 74.62, while four other players passed 100 runs for the season.

Beth Langston pipped Katie Levick to prize for the most wickets, collecting 12 to her teammate’s 11, while England international Katherine Brunt was their most economical bowler, conceding 2.94 runs per over in her two appearances.

Katherine Brunt, Nat Sciver, and Lauren Winfield-Hill: any one of these players is a gamechanger, all three makes you nearly unstoppable.

Bowling allrounder Brunt is a veteran England international with 226 appearances in all formats, 287 wickets, 1,511 runs, and three World Cup winners medals in her trophy cabinet (50-over: 2009, 2017; T20 2009). She’s widely considered to be England’s greatest ever fast bowler and took a five-for in one of her two appearances for Diamonds in 2020.

Sciver, a batting-allrounder, and opener Winfield-Hill, were also members of the 2017 World Cup winning side.

The former is an explosive top-order batter – she scored a century last season at a strike rate of 89.65 and has an ODI strike rate of 97.34 - and an accurate medium pacer with over 150 international caps to her name.

Winfield-Hill, meanwhile, is no slow coach with the bat, scoring a 71-ball 72 against Central Sparks, and can also keep wicket. 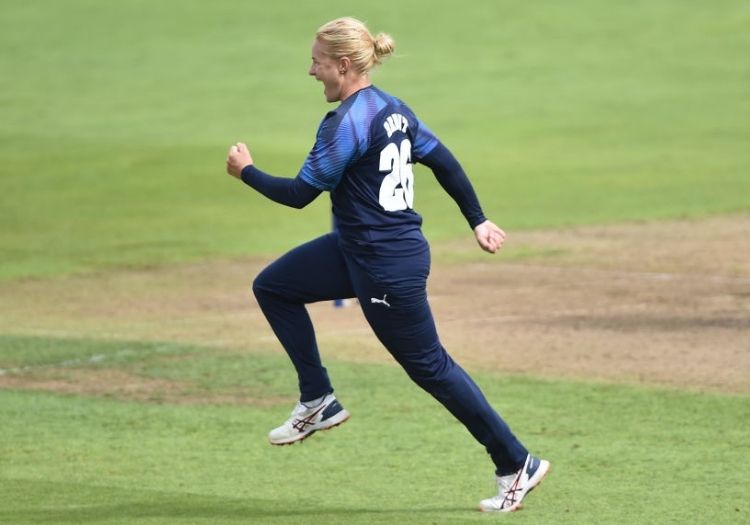 Even without their England trio, Diamonds have a wealth of international experience at their disposal in Jenny Gunn and Sterre Kalis.

Gunn, herself a three-time World Cup winner, made her Nottinghamshire debut in 2001 – the same year teammate Bess Heath was born – and should be the dictionary definition of ‘old head’.

She’s played domestic cricket in England and Australia, been capped over 250 times by England, and demonstrated her vast experience in 2020 with 149 runs and eight wickets for Diamonds.

Kalis is one of the stars of Associate cricket, captaining the Netherlands and scoring the third highest score in women’s T20I with a knock of 126 not out against Germany in La Manga. Taking a couple of matches to settle at Diamonds, she hit three consecutive half-centuries in 2020 – including 55 in the final – and makes her side’s batting lineup even more imposing.

With the ball, look no further than Yorkshire duo Katie Levick – The Guardian’s Women’s Cricketer of the Year in 2019 – and Beth Langston, who took a combined 23 wickets in 2020.

They are experienced, deadly accurate and both overlooked on the international stage - Langston made her last England appearance just under five years ago while Levick is uncapped.

Wicketkeeper Bess Heath is a hot prospect and a player who will have eyes on becoming Amy Jones’ heir in the England set-up.

The 19-year-old made seven appearances last season and while it didn’t come together with the bat (she scored 37 runs), she showed her potential with a 22-ball 23 against Thunder and took eight catches with the gloves.

Skipper Hollie Armitage and bowler Helen Fenby, who captains North East Warriors, are also worth keeping an eye on while 19-year-old Leah Dobson will be hoping to make her debut in 2021. Dobson is a promising top-order batter, who once scored 161 off 81 deliveries in an Under-17 T20 match.