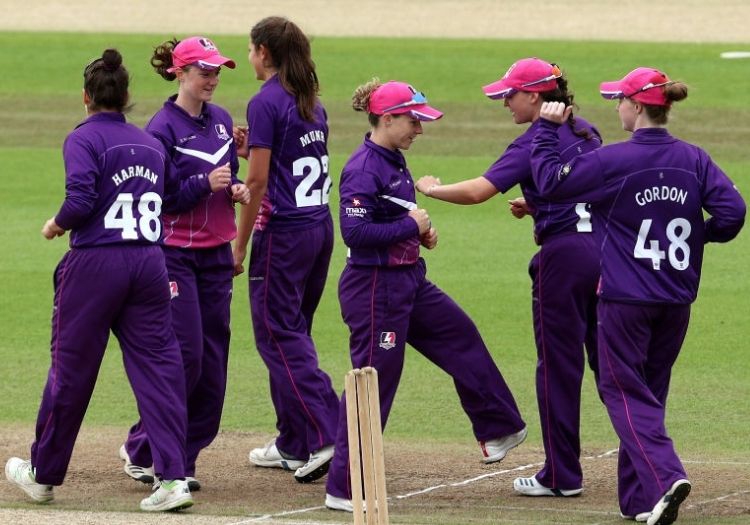 The women’s regional side for the East Midlands, Lightning draw their players predominantly from four counties – Derbyshire (three), Leicestershire (three), Nottinghamshire (six), and Lincolnshire (two)– as well as Loughborough University, where the team is based.

Around a dozen members of the squad are graduates or current students at the university while Kent and Somerset are also represented in the squad. 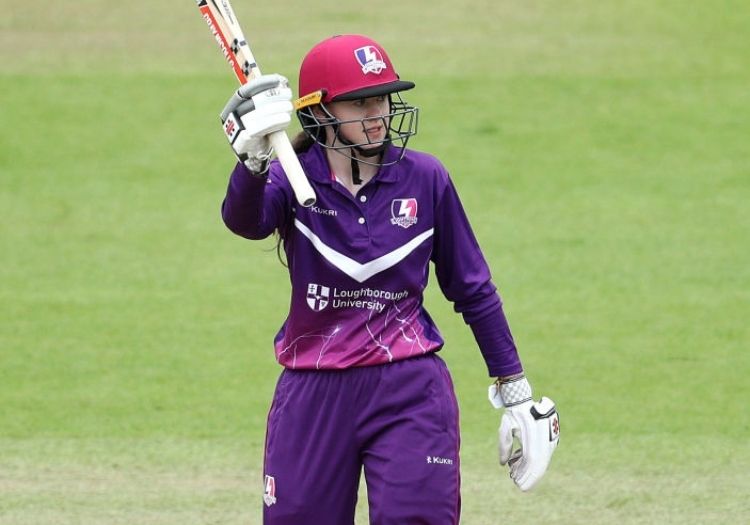 Lightning had a tough season, finishing bottom of the North Group after winning just two of their six matches – both comfortable victories against Central Sparks to take the East versus West Midlands bragging rights.

However, in three of their four defeats, Lightning came within touching distance of victory. Against Thunder, Kathryn Bryce’s side were bowled out five runs short of their revised DLS target while against eventual finalists, Northern Diamonds, Lightning were defeated by nine runs in Durham and two wickets in Leicester. Only in their penultimate match – a 72-run defeat against Thunder – were they outclassed.

Sarah Bryce was the star with the bat, scoring 395 runs and failing to pass 50 on just one occasion, while four players – Abbey Freeborn, Kathryn Bryce, Bethan Ellis, and Teresa Graves – all passed 100 runs for the season. Captain – and Sarah’s older sister - Kathryn excelled with the ball, taking 14 wickets and bowling with a miserly economy of 3.88.

England opener Tammy Beaumont is Lightning’ A-lister. The 30-year-old, who is currently ranked top of the ICC ODI batting rankings, has made over 160 international appearances in all formats, scoring 4,234 runs and passing 50 on 29 occasions.

Most recently, she was England’s leading scorer in both their ODI series and T20 series against New Zealand, scoring 231 and 102 runs, respectively. Last season, she made two appearances for Lightning, scoring one half-century.

Lightning also have England spinner Kirstie Gordon at their disposal.

The former Scotland international made three appearances in 2020, taking three wickets and posting a team-leading economy of 3.48. The 23-year-old moved to Kent over the winter and took 4 for 23 against Essex on her 50-over debut, a positive sign for Lightning fans. 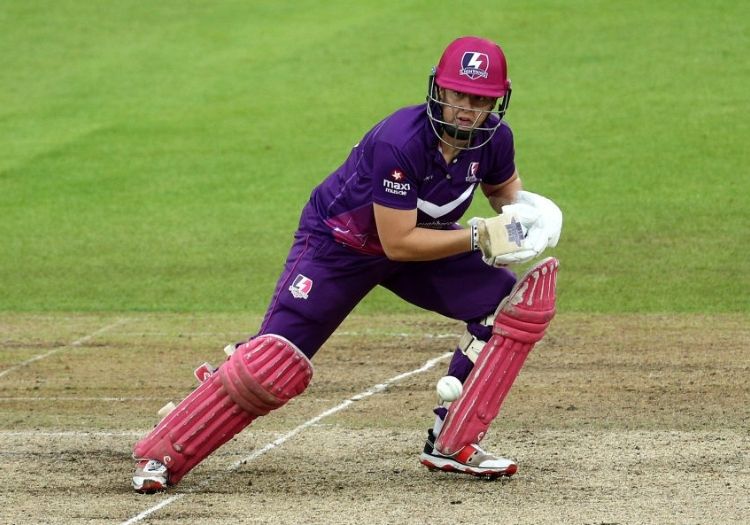 Abbey Freeborn in action in 2020

They might only have a combined age of 44 but the Bryce sisters – captain Kathryn and vice-captain Sarah – are very much the leaders of this team.

Allrounder Kathryn bats at No.3, bowls medium pace, captains Scotland, and was recently voted the ICC Associate cricketer of the decade.

At the opposite end of the age scale is bowling allrounder, Sonia Odedra, who could prove to be a shrewd signing. The 32-year-old has played Test cricket for England, making one appearance against India in 2014, and captains Nottinghamshire, giving her a wealth of knowledge to add to Lightning’s youthful squad. A wise head to support the Bryce duo on and off the field.

Bethan Ellis enjoyed a breakout season in 2020. The 20-year-old scored 120 runs – including a high score of 61 against Central Sparks in Worcester – and collected six wickets with an economy of 4.39 in six appearances.

Fellow allrounder Teresa Graves, meanwhile, was electric with the bat, scoring 114 runs at a strike rate of 89.06 from the middle order. Under the tutelage of Bryce senior, the duo have bright futures ahead.

However, the one to watch for Lightning in 2021 is overseas recruit Michaela Kirk.

The 21-year-old helped South African side Northerns win the 50-over title in 2019 and has played alongside South Africa captain, and explosive T20 batter, Mignon du Preez - you’ll struggle to find a better teacher.

Having been selected by Trent Rockets for The Hundred, expect Kirk to provide some much needed firepower in the middle order and give Lightning a truly imposing batting line-up.