The Cricketer's in-depth look at the men in red ahead of the new campaign, including player analysis, strengths, weaknesses, and full squad and fixtures listings 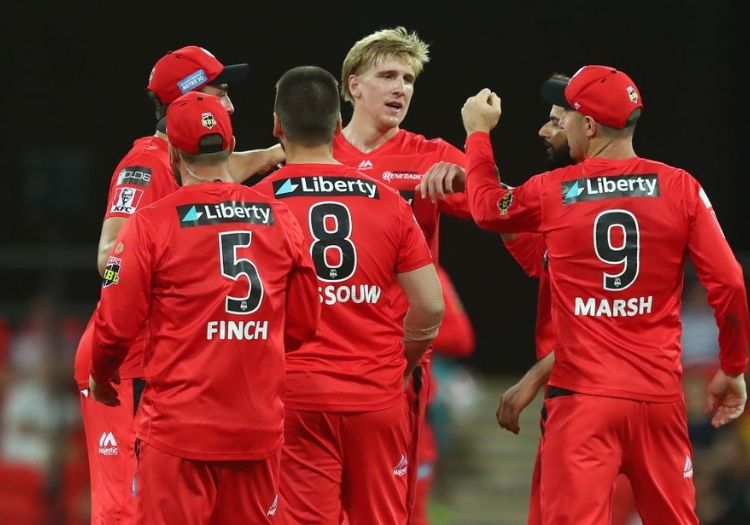 Saker was England’s highly valued bowling coach for some time, but the former Victoria seamer has been appointed by Melbourne Renegades for a second stint in charge. Since then, he has also worked as Australia’s bowling coach and he led his old state to the Sheffield Shield title during his only season with the team. As well as working with the United States’ fast bowlers on a short-term arrangement, he has also coached Sri Lanka’s seamers.

Well, until shortly before this year’s competition got under way, Aaron Finch had skippered Renegades for the last nine years. But Finch, who took over ahead of the second edition of the Big Bash, has stepped down from his post, citing a busy schedule, a young family and the need to freshen things up. He has been replaced by Nic Maddinson, who said: “Taking over from someone like ‘Finchy’ is a huge task but having him around to help out and be that experienced head will be a great plus for me. I hope the fans can get behind me. I just want to encourage our players to be themselves.”

Aaron Finch: Australia’s victorious World Cup-winning skipper needs no introduction. Only Chris Lynn has scored more Big Bash runs than the right-hander, whose 224 fours are a competition high. Finch’s form has come in for questioning in recent times, but the chance to focus on his batting in a domestic tournament without the burden of leadership might just unleash a monster, especially after a dismal season last time around when he averaged just 13.76. So, he is due a golden summer – he has scored twice as many runs for Renegades as anyone.

Unmukt Chand: Perhaps not the biggest name in Renegades’ squad and certainly not a routine overseas signing, Chand might be the most significant addition from abroad in this year’s tournament. The former India Under-19s captain is the first player from his country to feature in the men’s Big Bash, having called time on his career on home soil earlier this year. A veteran of Mumbai Indians, Delhi Daredevils and Rajasthan Royals in the Indian Premier League, Chand is based in the United States and recently won the Minor League Cricket title. Regardless of the impact he has on the field, Chand’s arrival could prove a ground-breaking moment; India’s struggles in the T20 World Cup highlighted the problem with restricting players to the IPL.

Shaun Marsh: The fourth-highest run-scorer in Big Bash history, Marsh is somehow still waiting for his first BBL hundred, having been stranded not out on 99 during his Perth Scorchers days – against Melbourne Renegades. Seemingly no longer in the international picture, his availability for the entirety of the upcoming tournament promises to help Renegades’ cause. The left-hander remains one of the best Australian white-ball players of his generation: he enjoyed a decent campaign last time out, scoring 312 runs – three fewer than brother Mitchell – in 12 games. 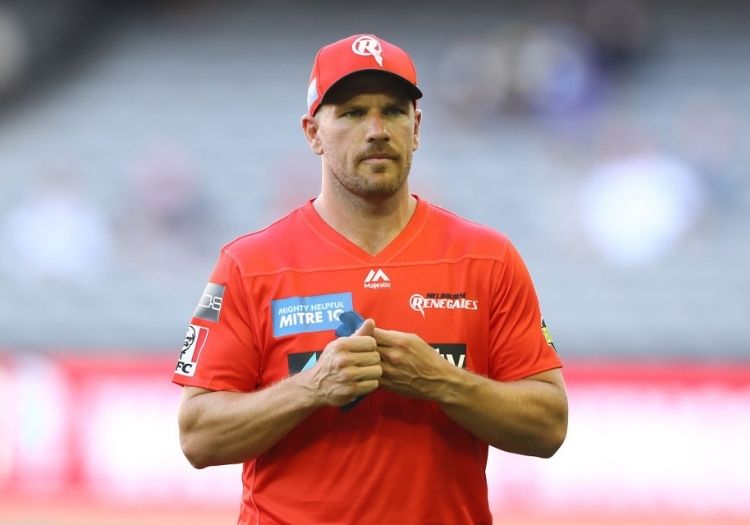 Aaron Finch has stepped down as Melbourne Renegades captain

Jake Fraser-McGurk: “You look at him and you think: ‘Well, you’ve got everything you need, it’s just whether you make good decisions down the track,” said Chris Rogers, who worked with Fraser-McGurk with Australia Under-19s. The 19-year-old is highly thought of across all formats and was named by ESPNcricinfo on a list of 20 players to watch out for through the next decade. He endured an eventful time at the Under-19 World Cup in 2020: he returned home early after being scratched on the face by a monkey during a trip to a nature reserve.

A new head coach (David Saker), a new captain (Nic Maddinson), a landmark overseas player (Unmukt Chand). There has been plenty of change on the red side of Melbourne. Aaron Finch had skippered since the second edition of the Big Bash but has handed the reins to Maddinson – fresh from moving across from Melbourne Stars – while Saker is back for a second stint in charge, having previously coached Renegades through BBL05 before becoming Australia’s assistant coach. Chand is the first Indian to play in the men’s Big Bash.

Mohammad Nabi: Few hit a longer ball than the Afghanistan great, who has become part of the furniture at Melbourne Renegades. Nabi has already spent four seasons with the club, scoring 625 runs at a strike rate of 129.67 and taking 25 wickets; he was part of the squad that won the title in the eighth edition of the tournament.

Sam Harper: The wicketkeeper enjoyed his breakthrough campaign in an otherwise disappointing season for Renegades, who at one stage lost seven games in succession. Harper hit 10 sixes among his 351 runs, outscoring the rest of his teammates along the way. Batting at No.3 beneath the experienced pairing of Finch and Marsh, he will hope for a greater platform than he was given in last year’s competition when the opening partnership rarely fired.

Mackenzie Harvey: Like Fraser-McGurk, another fine young player of whom much is expected. Harvey, the nephew of former Australia allrounder Ian, topped the averages last season for Renegades, averaging 28.28 in 10 games, albeit without reaching fifty. He was first drafted into Renegades’ squad during the 2017/18 season as cover for Finch but never played. The departure of Beau Webster to cross-city rivals Melbourne Stars will leave Renegades light in the finishing department, with Harvey perhaps a beneficiary in that regard.

Marcus Harris is named as part of the squad but is unlikely to be available, given his selection in Australia’s squad for the first Ashes Test. Renegades’ main problem in the batting department, though, is likely to be the dependence on the experienced international pairing of Finch and Marsh, both of whom are entering the dying embers of fine careers. If they fail to fire, then there is a sense that the line-up has a lightweight look to it, with Chand hardly a guaranteed source of overseas runs, while Harvey and Fraser-McGurk are both developing players rather than end-products. In the middle order, therefore, much will fall on the shoulders of Nabi, who himself has been short on regular runs in recent franchise outings. 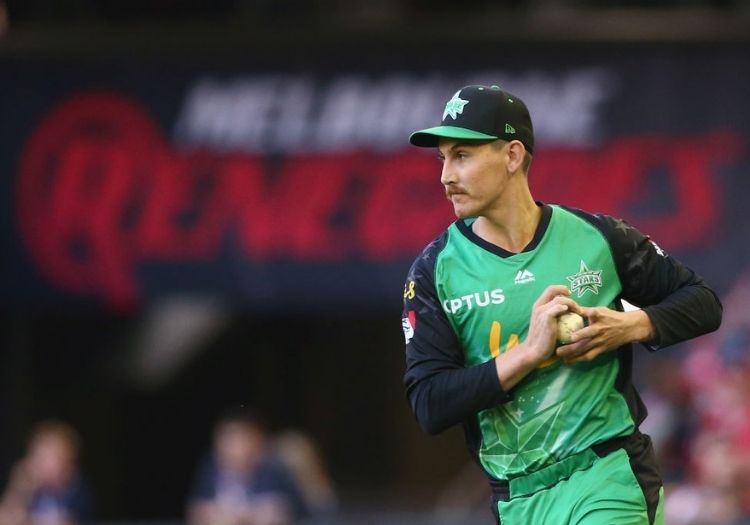 Nic Maddinson arrives from Melbourne Stars to captain the Renegades

Speed merchants: In James Pattinson and Kane Richardson, Renegades possess two of the better local seamers on the circuit, while the overseas addition of Reece Topley provides pace, height and crucially a left-arm option. They are joined by a raft of other options: Jack Prestwidge and Will Sutherland are both from strong cricketing families, while Mitchell Perry and Zak Evans are young prospects, with Evans taking 10 wickets in just five games last year. Josh Lalor adds an experienced left-arm alternative.

Variation: Mohammad Nabi is an ever-miserly off-spinner, while his compatriot Zahir Khan is a talented left-arm wrist-spinner with plenty of Big Bash experience, having already played for Melbourne Stars and Brisbane Heat. Cameron Boyce, meanwhile, was once described by Ashley Mallett as “the best leggie I’ve seen in first-class cricket since Warne”. A brief T20I career followed, with seven appearances between 2014 and 2016.

Problem areas: The injury records of both Topley and Pattinson will be a cause for concern, without much in the way of experience beyond Renegades’ first-choice seam attack. None of Lalor, Perry or Sutherland provided any potency last year, while Nabi picked up just four wickets in seven games, while also struggling to limit the flow of runs.

Mackenzie Harvey took what commentator Mark Howard described as “the catch of the tournament” last year to dismiss Alex Hales. Stationed with good reason at backward point, he flew full-length to his left to hold onto a savage thrash off a wide full toss from Perry.

Sam Harper is Renegades’ wicketkeeper. He completed three stumpings – a joint-high alongside Sydney Thunder’s Sam Billings. He will likely have plenty of work to do up to the stumps, with Khan, Nabi and Boyce for company.