The Cricketer's in-depth look at the Strikers ahead of the new campaign, including player analysis, strengths, weaknesses, and full squad and fixtures listings 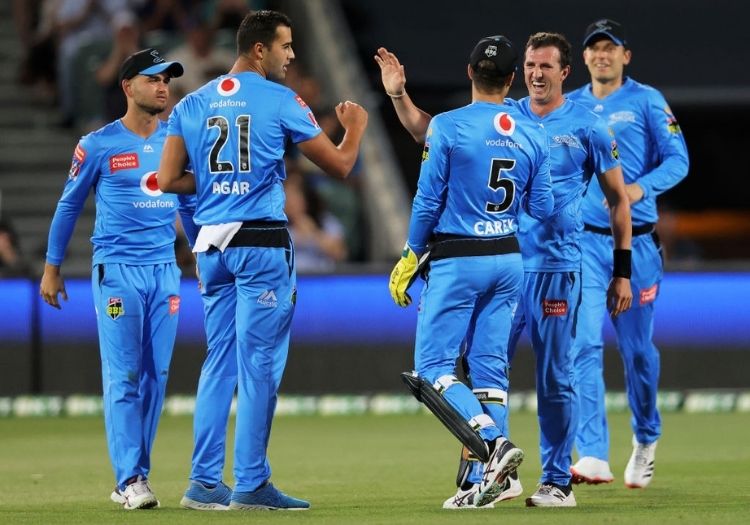 Gillespie returned to Western Australia on a permanent basis in 2020 and enjoyed an encouraging campaign with Western Australia in the Sheffield Shield and Marsh One-Day Cup. One title and three semi-final/playoff appearances in six years with the Strikers represents a more than impressive return. It seems just a matter of time before Australia bite.

Head will start the campaign as the Strikers’ captain but how much the team benefit from his leadership remains to be seen. Unused Ashes squad players will be permitted to jump in and out of Tests to play in the BBL, but Head has spent the opening weeks of the domestic season attempting to nail down a place in the starting XI. After a double ton in the Marsh Cup against Queensland in October he added another century when faced with the same opponent in the Sheffield Shield. Alex Carey, who is vice-captain, would likely have filled Head's void, but he has been named as Tim Paine's Ashes replacement.

Rashid Khan: It is great credit to the class of the Afghanistan spinner that despite the postponement of the one-off Test against Australia that he returns for a fifth season with the Strikers. There is very little for the legspinner to achieve in the BBL and yet he is back as its biggest attraction. His 72 wickets in this competition is the most of any overseas bowler and more than any player to represent the Strikers. On top of his title win in 2016/17 he is a bona fide legend in Western Australia who bucks the trend in T20 - having a genuine connection to his franchise.

George Garton: It has been quite the year for the 24-year-old left-arm quick. Picked by England, impressive for Sussex in the Blast and for the victorious Southern Brave in the men's Hundred, he picked up a contract with Royal Challengers Bangalore for the resumption of the IPL. Three wickets with an economy rate of 9 means it could have gone better but it doesn't detract from a fruitful from 2021. Opportunities mightn't be regular but his left-arm angle, ability to swing the new ball and previous spell under Gillespie at Hove means he won't be out in the cold for long.

Consistent with the problems around overseas players for the 11th edition, the Strikers will only have two available this season. Danny Briggs and Phil Salt have not returned, the latter of which has not properly been replaced. George Garton's arrival is a welcome one after the departure of Michael Neser to Brisbane Heat. Fawad Ahmed has been picked up despite thinking he'd played his last Big Bash match and Ryan Gibson gets a main berth after acting as Travis Head's replacement. New contracts have been signed by Matt Short, Jake Weatherald and Peter Siddle.

Snuck into the playoffs on net run-rate after Hobart Hurricanes lost their final regular season game to Melbourne Renegades. Met Brisbane Heat in the Eliminator where they lost by six wickets. 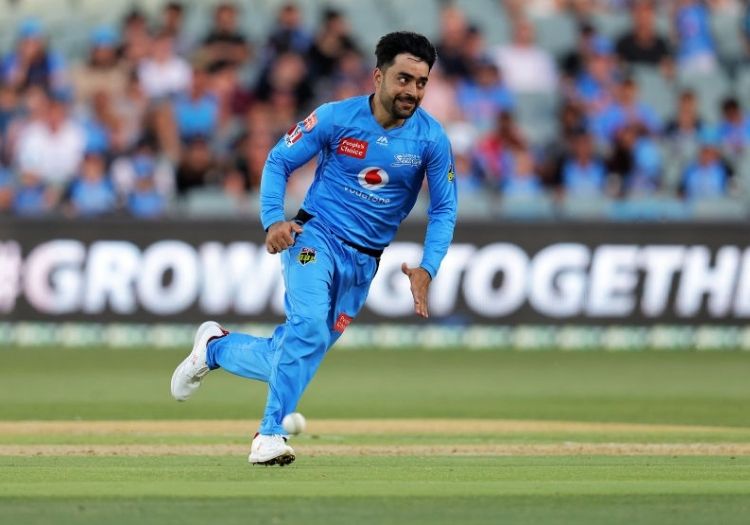 Rashid Khan is a key part of the Adelaide Strikers' team

Top-scorer from BBL 10, Jake Weatherald scored his 433 runs at 141.04 - the best return of any player to reach three figures for the Strikers. Travis Head's New Year's Eve century may have been six years ago now but there is little doubting his ability to clear the rope. Only Tom Banton and Andre Russell have bigger strike-rate in the BBL (minimum 125 balls faced than Rashid Khan who scores at 155.44. Getting him up the order (35 innings in 50 matches) might be prudent this season.

Matt Renshaw is the figure of calm in the Strikers middle-order. The truth is he endured a tough opening campaign after switching from Brisbane Heat, averaging below 16. But it is his 207 from 193 balls across the competition that make him perfect for the role of ticking things along in the middle overs.

Numerically at least, Rashid looks ideally placed to fill this berth, but the Strikers could do with ensuring he simply faces more deliveries across an innings. That said this is not a role Gillespie is exactly lacking in options. Jon Wells is as good as they come in the middle-order, averaging 37.54 and scoring in the 121s. Eighteen times he's been left not out in 51 knocks, and he added to his reputation with a brief but fruitful spell with Peshawar Zalmi in the PSL which included a 12th T20 half-century.

There must be a concern regarding the lack of genuine firepower, highlighted by the form in the T10 League of Phil Salt, who they have been unable to properly replace. Take Head out of the XI and there is an awful lot of responsibility on the shoulders of a left-handed dominant line-up led by Weatherald in the likely absences of Head and Carey. 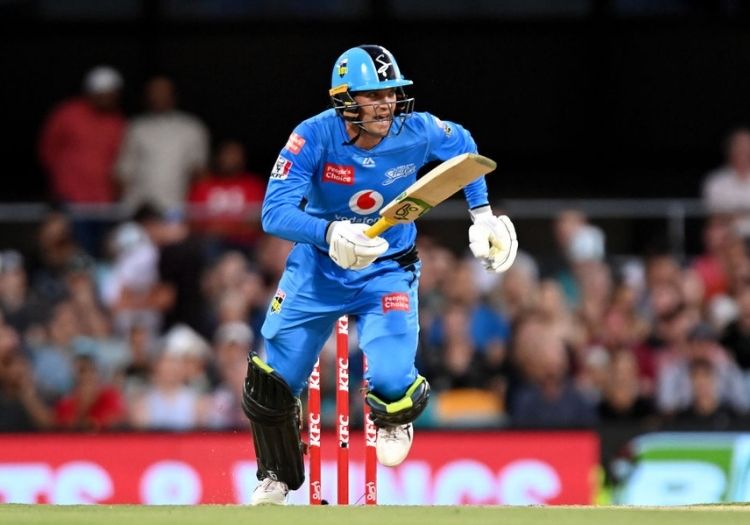 Wicketkeeper-batter Alex Carey is unlikely to be available often

You won't find many bowlers with more Big Bash wickets over the last two campaigns than Wes Agar, who has established himself as a critical figure of the attack since BBL 09 from which he's taken 39 wickets.

Peter Siddle, at 37, has signed up for another season and is as threatening and wily as ever. This is a seam attack without Michael Neser - though that might be inconsequential depending on his availability during the Ashes - but there is plenty of guile elsewhere. Injury has taken a bit of zip out of Daniel Worrall but any swing available will come from him and Harry Conway, on the fringes of the Australia team last winter, is an option too.

A full season of a rested and recharged Rashid Khan should make a big difference to the Strikers. We can stop ignoring the obvious fact that even at 23 he is the greatest legspinner the shortened format has seen. Variations in grip, wrist position and speed through the air makes him an utter menace, not least on these kinds of pitches when batters are throwing their hands at the ball. And his reputation as a middle-overs killer goes before him, with a tournament economy rate at 6.46.

If Fawad Ahmed, men's T20 Player Index No.161, can discover some consistency then he and Rashid could be a potent tandem. The Pakistan-born leggie thought he's played his final BBL game after leaving Perth Scorchers but after a troubled 12 months, during which his mother died from Covid-19 and he contracted the virus himself, he's back for more.

Fifty-five wickets across the last four campaigns is not to be sniffed at, thanks to putting together a fine collection of deliveries including an excellent wrong'un. Elsewhere, Liam O'Connor was frugal across his 15 overs last season, but it remains to be seen how many outings he gets in 2021-22.

As with the batting line-up, key figures from last season's run to the playoffs are missing. They have been unable to replace Neser's 90mph missiles. Agar ended up bowling 11 overs more than any other seamer and he remains a key figure at both ends of the innings. And not getting Danny Briggs back - he started slowly but grew into his inaugural campaign - deprives them of a qualify left-arm spin option.

Harry Nielsen has nine outings as the designated keeper, his last coming against Brisbane Heat last December, and he is likely to take on more of that responsibility, given Carey's Test duties. They are big shoes to fill. No player has more dismissals in BBL history, with Carey the first to reach the half-century mark during last season. "One thing that really stands out is he's very specific with his practice, whether he's preparing for a four-day game or a one-day game – what he's going to be facing out in the middle, he's preparing as specifically as he possibly can," said Gillespie.