The Cricketer's in-depth look at the 'Canes ahead of the new campaign, including player analysis, strengths, weaknesses, and full squad and fixtures listings 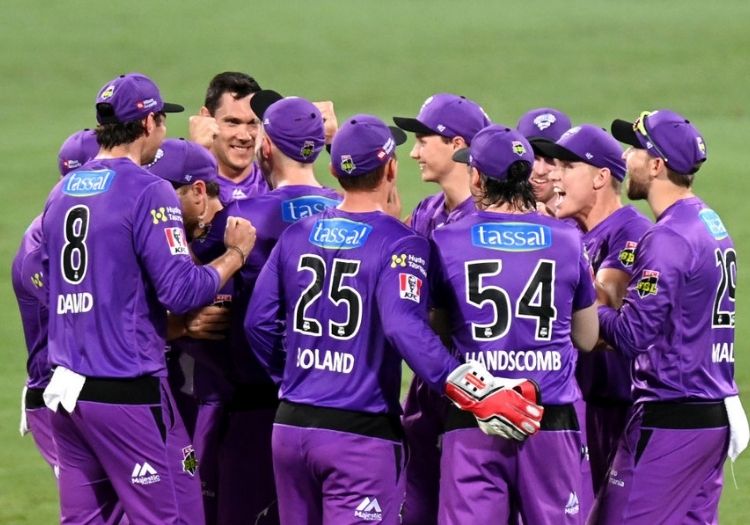 Griffith has come in for significant criticism from his former allrounder, James Faulkner, in the off-season after it was revealed that the former Australia left-armer would not be returning this season for his home team. He accused former Tasmania seamer Griffith of not caring about him and using a hamstring injury – that Faulkner claims he played through in 2020 – against him. He described the comments as “like sticking a knife straight in my back” after Griffith suggested that Hurricanes needed to move on. Instead of playing in the Big Bash, Faulkner has been turning out for Bangla Tigers in the Abu Dhabi T10 League.

Wade - ranked 62nd in the T20 Player Index – is Hobart’s captain, fresh from his starring role in helping Australia to win the T20 World Cup. The wicketkeeper played a vital role in clinching a semi-final victory over Pakistan, hitting Shaheen Shah Afridi for three consecutive sixes in the penultimate over of the match. Only 10 men in the competition’s history have scored more runs than the combative left-hander, and only Marcus Stoinis has made a bigger hundred than Wade’s 130 at the start of 2020.

D’Arcy Short: An extraordinary Big Bash record for the Australian left-hander, who has passed fifty in 20 out of 57 innings in the competition. It has helped him to forge a career on the franchise circuit, turning out for St Lucia Stars, Rajasthan Royals and Trent Rockets, as well as with Durham in the T20 Blast, where he ended the season as the most valuable player in the country. His unbeaten 122 against Brisbane Heat three years ago remains the third-highest score in the tournament’s history.

Ben McDermott: A career that properly took off thanks to the Big Bash, McDermott – son of Craig and brother to fellow state cricketer Alister – had made gradual steps in the domestic games with Queensland and Tasmania before smashing 114 off just 52 deliveries in a remarkable chase of 222 against Melbourne Renegades, which had been the highest in tournament history. From there, his career threatened to balloon, representing Australia 19 times in white-ball cricket since – as recently as earlier this year – but without the same success as on the domestic ladder.

Riley Meredith: The Australian quickie is still only 25 and has enjoyed a remarkable rise in his career in the last three years. It was only in 2018 that he made his T20 debut in the Big Bash, but three years on it has been the vehicle for a fledgling set of international appearances, as well as a monster deal with Punjab Kings in the Indian Premier League. Regularly bowling in excess of 90mph, KL Rahul – his IPL captain – described him as possessing “proper pace”. On his Australia debut, he dismissed both Kane Williamson and Martin Guptill.

Tim David: Perhaps the Singapore international seems too established now to be deemed a rising star, but the hulking six-hitter has seen his stock rise exponentially since the Big Bash last took place. Back then, he was a 24-year-old seeking a breakthrough campaign. A year on, having joined Hobart shortly before the start of the last competition after beginning his BBL life with Perth Scorchers, he has now turned out for St Lucia Kings, Royal Challengers Bangalore, Surrey, Southern Brave and Lahore Qalandars, adding to a burgeoning reputation.

It’s not so much a change in its traditional sense, but Hobart Hurricanes have a different Tim David at their disposal – the Singapore batter has enjoyed a phenomenal year since the last Big Bash. He slots into a middle order alongside overseas recruit Harry Brook, while Yorkshire teammate Jordan Thompson and Nepalese leg-spinner Sandeep Lamichhane are also onboard. Another significant change has seen James Faulkner released, with the left-arm void filled by one-time Australia seamer Joel Paris.

They finished sixth, missing out on the latter stages courtesy of an inferior net run rate to that of Adelaide Strikers. 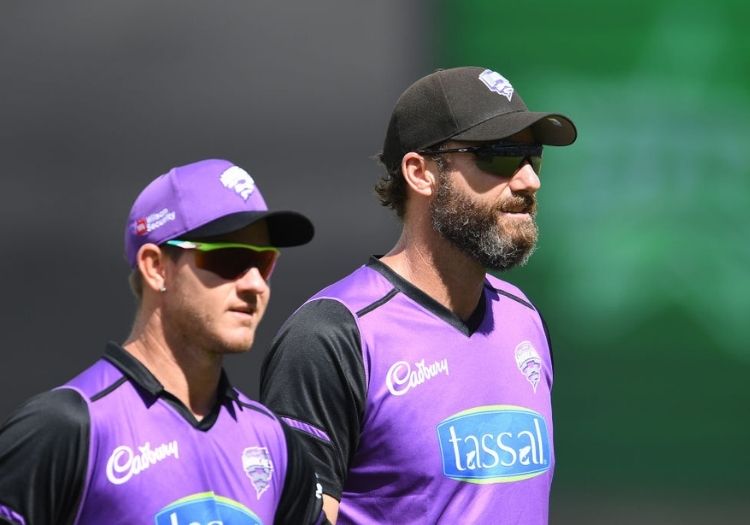 It’s hard to look past the names already mentioned above: Tim David has announced himself onto the franchise scene in remarkable style, while Matthew Wade displayed his own prowess on the biggest stage imaginable in Dubai at the start of November. D’Arcy Short and Ben McDermott have been smashing balls out of Blundstone Arena for years.

Watch out, though, for the hitting of Hurricanes’ overseas Yorkshire duo: Harry Brook and Jordan Thompson hit 36 sixes between them in this year’s T20 Blast, with Thompson hitting a six every 7.25 balls and scoring his runs at a strike rate of 185.34.

Peter Handscomb isn’t perhaps your typical T20 batter, especially given the skillsets around him in Hobart’s batting line-up. But the Australia international has represented his country 24 times in white-ball cricket and has a Big Bash hundred to his name. That century came six years ago, however, during his time with Melbourne Stars – very much a different era, with Kevin Pietersen, Cameron White, Rob Quiney, Yasir Arafat, Michael Carberry  and Brad Hogg all involved that day. His strike rate – 122.01 – is pedestrian compared to that of some of his colleagues, but there is a role for that nonetheless, given his experience.

Jordan Thompson: A bowler first and foremost – he has 69 wickets at 19.69 apiece – the Yorkshireman’s first taste of franchise cricket promises to be intriguing. Perhaps it is a symbol of England’s remarkable depth that he has hardly been mentioned even in dispatches with regard to higher honours. But few hit the ball harder or longer in the English game: he has hit more sixes fours in his T20 career to date. It will be interesting to see where he slots in with the bat.

Assuming that Wade and Short open the innings together, their left-handedness could open the door for opposition sides to begin with off-spin, turning the ball away from the pair.

And Handscomb apart, there is plenty of power and not a huge amount of subtlety in a side featuring Wade, Shot, McDermott, Brook, Thompson and David.

In the uncapped English pair of Brook and Thompson, there is a risk of sorts, given both are new to the competition. 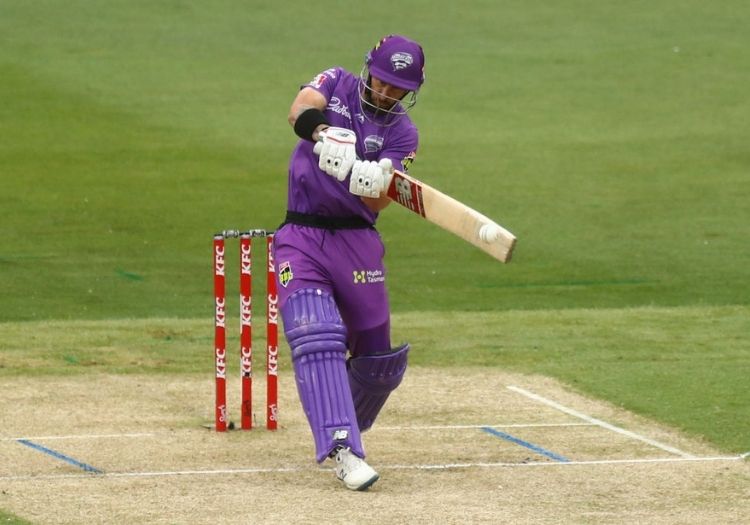 Speed merchants: Riley Meredith is the standout name among Hurricanes’ pace cartel for all the reasons stated earlier: he has taken 16 Big Bash wickets in two of the last three seasons, regularly bowling in excess of 90mph. He will be assisted by Nathan Ellis, whose progression as a wily seamer – not completely unlike Andrew Tye – in recent times has seen him make his international debut for Australia and earn an IPL contract alongside Meredith at Punjab Kings.

The addition of Perth Scorchers’ seamer Joel Paris gives Hurricanes a crucial left-arm option after the fallout with Faulkner – it was only five years ago that Paris was making his ODI debut. As well as the signing of Thompson, Scott Boland is another established performer and the bowler of a heavy ball. He has been talked about as a possible Ashes bolter by Victoria coach Chris Rogers. Josh Kann – a hard-hitting allrounder from Queensland – represented Australia at under-19 level and bowls fast.

Variation: It didn’t look like there would be an awful lot until August, when Sandeep Lamichhane was re-signed. The Nepalese leg-spinner has previously played in the Big Bash for Melbourne Stars as well. He adds mystery spin to an otherwise unmysterious outfit, though the left-arm wrist-spin of D’Arcy Short is a useful option. Wil Parker, who played two games last season, is another leg-spin alternative.

Problem areas: Lamichhane apart, there isn’t a great deal of specialist spin in the ranks, while Paris is the solitary left-armer. Quite how Thompson fares with the ball will be fascinating to observe.

Brook took a pair of fine catches for Northern Superchargers against London Spirit during the inaugural edition of The Hundred and is a livewire in the field, as is Short, who took one of the most remarkable caught-and-bowled dismissals of all time in last year’s Big Bash. Bowling to Brisbane Heat’s Tom Cooper who belted a delivery back at him, Short stuck a palm out and the rest was history.

Wade will keep wicket and, with the Ashes going on in the background, will likely have a free run at the tournament without being disturbed by international call-ups, even if Tim Paine’s break from the game has opened the door for a wicketkeeping berth.