The Cricketer's in-depth look at the Heat ahead of the new campaign, including player analysis, strengths, weaknesses, and full squad and fixtures listings 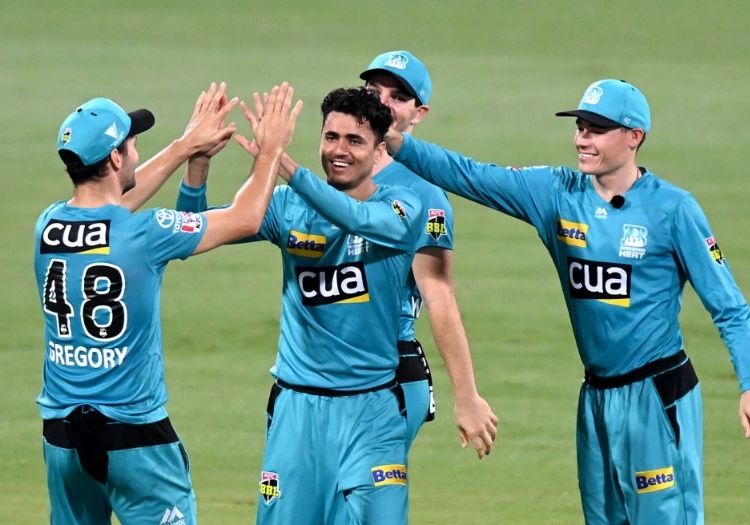 Seccombe is the new man at the helm, assisted by Darren Lehmann who suggested Heat would be in safe hands with the 50-over-year steering the ship. Head of all formats in Queensland - he guided them to Sheffield Shield success in 2020 - Seccombe has been tipped as a future Australia head coach. A keeper-batter as a player, he knows plenty about biding his time after years of operating as understudy to Ian Healy and Adam Gilchrist.

Peirson has replaced Chris Lynn, who will look to focus more on his batting during 2021-22. Peirson stood in for the 31-year-old five times last term, winning three and losing two by narrow margins. He was the front-runner from the start, but much ensure neither his keeping or improving batting take a long-term hit. Comes in off the back of a good start to the domestic season.

Ben Duckett: A serial winner in England looks to bring that success to Adelaide. Duckett has won the T20 Blast three times (twice with Northamptonshire and once with Nottinghamshire) and after a brief foray with England is finally getting wider acknowledgement. Outings in the Mzansi and Pakistan Super Leagues were underwhelming, but this season should represent a chance to set the record straight. Being a top-order, left-handed batter he should soon become a key member of the Heat side. Only Liam Livingstone scored more than the 232 runs he got during The Hundred and if the reverse-sweeps come off down under expect him to eclipse that figure with ease.

Tom Abell: More than 10,000 miles might separate Taunton from Adelaide, but the Big Bash continues to bring them closer together. The succession of Somerset players to turn out for the Heat will grow again this season in the form of captain Abell, who has been rewarded for his previous spells in Australia and his spectacular Blast form in the summer. Seasons with Freemantle in Perth and an England Lions tour means Abell is well-prepped for a return. He managed four half-centuries in six innings for Somerset in the Blast at a strike-rate of 161.20. Labelled as a master of the ramp shot by Jos Buttler, he is not here to make up the numbers.

Mujeeb ur Rahman: When you consider that 34-year-old Kieron Pollard, at 573, has played more T20s than any player in history, the idea that Mujeeb has featured in more than 150 before turning 21 is barely believable. And yet while the youngster (we still have to call him that) is still learning about himself, we've come to know him very well. This is his fourth campaign in the BBL, where his economy rate is just above six. Able to turn the ball both ways and provide effective control, he is a key cog in the attack. That his short-term absence from Afghanistan's World Cup team due to injury felt like a major setback says plenty about his importance already.

Despite reaching the finals it has been a busy off-season for Heat. The leadership group has completely changed, with Chris Lynn giving up the captaincy and Darren Lehmann stepping back as head coach - though both remain part of the setup. Jimmy Peirson will lead the side and keep the gloves while Wade Seccombe is the new man at the helm in the dugout. The overseas player department has seen a heavy rotation of English players with Tom Banton, Lewis Gregory, Dan Lawrence and Joe Denly replaced by Ben Duckett and Tom Abell. Michael Neser has returned for a second spell after 10 seasons with Adelaide Strikers, while there have been new contracts for Jack Wildermuth, Xavier Barlett and Marnus Labuschagne. Joe Burns has left for Melbourne Stars.

Finished fourth in the regular season after winning their last two group matches, having started the competition with four defeats in five games. Took that change of fortunes into the playoffs, winning the Eliminator and the Knockout but fell short in pursuit of the final after losing to beaten finalists by 49 runs. 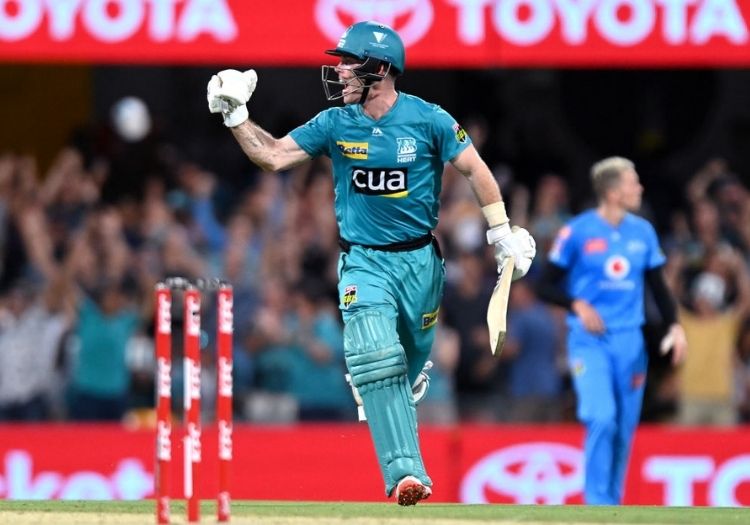 No player to have featured in all 10 BBL campaigns scores at a faster rate than Chris Lynn, who is also the highest scorer in BBL history. And yet set against that longevity is an increasing quality in his performances. Each of the last three campaigns have been his most fruitful (though the 687 runs across BBL 06 remains the watermark) and that led to him hitting five fifties last season. Coach Wade Seccombe hopes that Lynn relinquishing the captaincy will "free him up" - which is a tantalising prospect for Heat.

This area has both a simple solution and a fatal flaw. Marnus Labuschagne - a modest No.269 in the men's T20 Player Index, striking in the mid-120s, has the poise and talent to bat through from No.3 without taking undue risks. The obvious drawback is Heat are unlikely to see much of him with the Ashes looming. Indeed, that series probably leaves the Heat struggling as far as the title is concerned. Max Bryant, though an opener with a history of explosive hitting, may be reduced to this role as a foil to Lynn and Duckett. He notched 302 runs last term at 127.42.

Captain, keeper, finisher. At least that is the plan for Peirson, who was the Heat's second-highest run-scorer in BBL 10 from often as low as No.5. Left not out from nine of his 16 innings, he produced high-tariff innings at perfect times last season, scoring an unbeaten 47 in the Eliminator win over Adelaide Strikers and two days later made 43 from 24 balls to help beat Sydney Thunder in the Knockout. The onus on him to produce on a regular basis will ratchet up this season but he's a tough character made for such challenges.

Labuschagne. Gregory. Burns. Denly. It isn't that the Heat line-up isn't lacking talent, it's that it has been completely remodelled from 2020-21 and that carries a degree of uncertainty with it. It has been an off-season of major upheaval, not all by design, and if there is one area where a knock-on effect could be felt it may be with the bat. 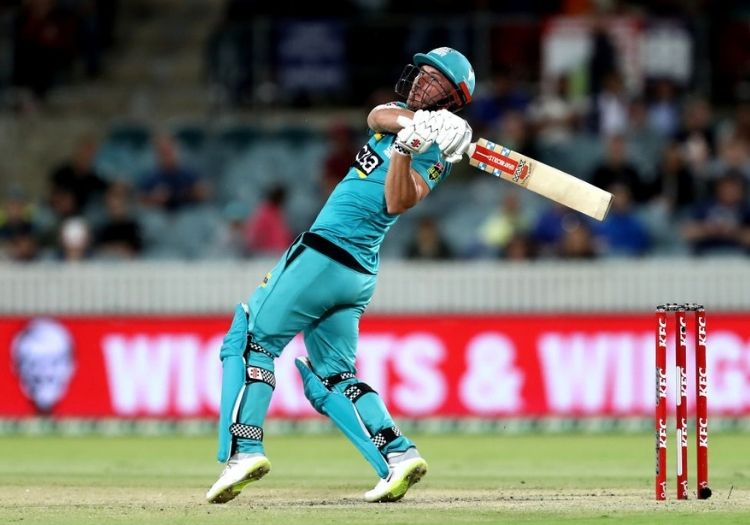 Chris Lynn has devastating potential at the top of the order

Only top-wicket taker Jhye Richardson took more scalps than Mark Steketee, whose pace and bounce should again prove difficult to cope with at The Gabba. Matthew Willians, a left-armer, should also be an asset as will Neser, should he be released by Australia. There is real excitement around Connor Sully who offers plenty of licks. Xavier Bartlett is likely to play another central role this term. Jack Wildermuth hit double figures and is a decent new-ball option.

Mujeeb ur Rahman and Mitchell Swepson combined for 23 wickets last season and are a tricky duo to contend with. Able to challenge both sides of the bat, they're full of more tricks than they know what to do with. And having played just eight and six matches each last term, there should be some excitement over what they can do over a whole season. Matthew Kuhnemann has had to be patient and wait for opportunities, and it might be another frustrating summer, particularly with Marnus Labuschagne - the proverbial golden arm of this side - in his midst.

How often can Heat get their best attack on the field? Neser, Swepson and Steketee might be in and out due to their international commitments. That will leave the onus on a talented yet young attack including Sully, 21, Willians, 20, Bartlett, 22 and Mujeeb, 20.

Heat will have the option to rotate out Peirson, should they wish, if the responsibility of captaining the side on a permanent basis alongside his batting proves to be problematic. Duckett is a reliable figure behind the stumps with excellent hands.