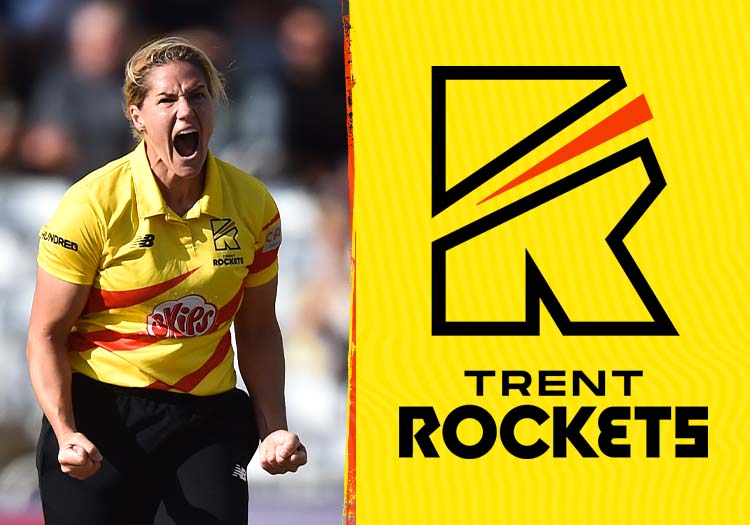 Since retiring, former Yorkshire batter Beams has carved out a coaching career in England and Australia, leading Loughborough Lightning, Hobart Hurricanes and Tasmanian Tigers among others. In 2022, she steered the latter to their maiden WNCL title. Now in her second season with the Rockets, she has a new-look squad on her hands after just five players were retained from the group who finished seventh in 2021.

One of the aforementioned five retained players is skipper Sciver. The allrounder – a big-hitting top-order batter and skiddy medium pacer – has nearly 200 international appearances to her name and previous experience of captaining Surrey Stars and England (in her capacity as Heather Knight's vice-captain). Even if she wasn't captain, she'd probably be the first name on the teamsheet.

Mignon du Preez: The 33-year-old former South Africa captain (another one for the leadership team) is a versatile and inventive batter, capable of both anchoring an innings (as evidenced by her steady T20I strike rate of 101.08) or ramping it up at the death with a flurry of boundaries. She represented Manchester Originals in 2021, scoring 118 runs at a strike rate of 101.72. Can take the gloves in a crisis.

Elyse Villani: Villani hasn't represented Australia since March 2019 but that doesn't stop her from being a formidable opening batter. She boasts an incredible WBBL record, scoring 2,849 runs – around 60 per cent of which have come in boundaries – at a strike rate of 115.20. She's also a familiar face for Beams, having contributed 356 runs to Tasmania's WNCL success.

Alana King: Rises are rarely as rapid as King's. This time last year, she wasn't even in the picture for international honours, fast forward 12 months and she's lifted the WBBL, the Ashes and a World Cup and earned both a central contract with Australia and an overseas contract in The Hundred. Earning comparisons to Shane Warne, the leg-spinner bamboozles batters with her deceptive pace, variations and, of course, her slider.

Kim Garth: A late replacement for Meg Lanning, the Australia captain who has opted to take a break from cricket. 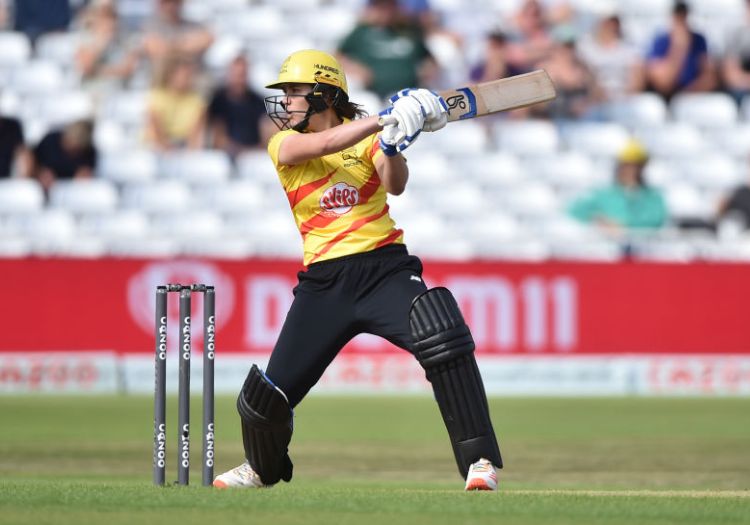 Sarah Glenn: Rather like King, Glenn's rise to the top has been pretty swift. The young spinner is well on her way to 50 England caps and boasts a T20I economy of around a run-a-ball. Not only a tricky spinner with an attacking mindset and an unusual amount of bounce, she considers herself a genuine allrounder and can certainly be counted upon to hit a boundary or two at the death a la Sophie Ecclestone.

Katherine Brunt: England's all-time leading T20I wicket-taker. At her peak, Katherine Brunt was one of the fastest in the women's game and even now, aged 37, she continues to test the speed gun. A skiddy pace bowler, she is passionate, aggression and an absolute nuisance with the ball and also carries those characteristics into her batting. Just don't drop a catch off her bowling…

Trent Rockets are certainly not short in this department, but the late withdrawal of Lanning is a blow. Villani should be more than capable of getting an innings off to an explosive start. She is aggressive from the off and possesses a career strike rate in the format in excess of 115. Villani scored 439 runs, including a century, at a strike rate of 122.28 in the 2021/22 WBBL.

Sciver, a naturally aggressive batter with all of the textbook shots (plus some of her own), keeps the firepower going while Marie Kelly offers that extra spark. The Lightning batter is inconsistent and unpredictable but, on her day, she hits everything out of the park. For example, while playing for Central Sparks last season, she scored 100 runs off 53 balls against Southern Vipers in the Charlotte Edwards Cup.

Thanks to her steady strike rate, experience and ability to bat anywhere in the top-six, du Preez is perfect for this role. The question of how to fit her into the XI has been largely solved by the withdrawal of Lanning.

Brunt can certainly smack it about when she's in the mood, as her 110-plus T20I strike rate testifies, while Glenn shouldn't be underestimated in this department. Last season, the spinner's 47 runs came at a strike rate of 146.87 while in the 2021 Rachael Heyhoe Flint Trophy, her match-winning 71 off 52 balls against Brunt's Northern Diamonds was one of the innings of the season.

Trent Rockets' explosivity quickly fades away beyond the top four with the likes of Bryony Smith, Kathryn Bryce (both playing out of position due to the depth of top-order talent), Brunt and Glenn not able to match that of Villani. Now Lanning has gone, that concern is heightened. They also lack an out and out finisher in the mould of Ashleigh Gardner. One option could be to shunt Marie Kelly a bit further down the order to give the tail some oomph, but that would be a risky play if some of the less expansive batters get bogged down. 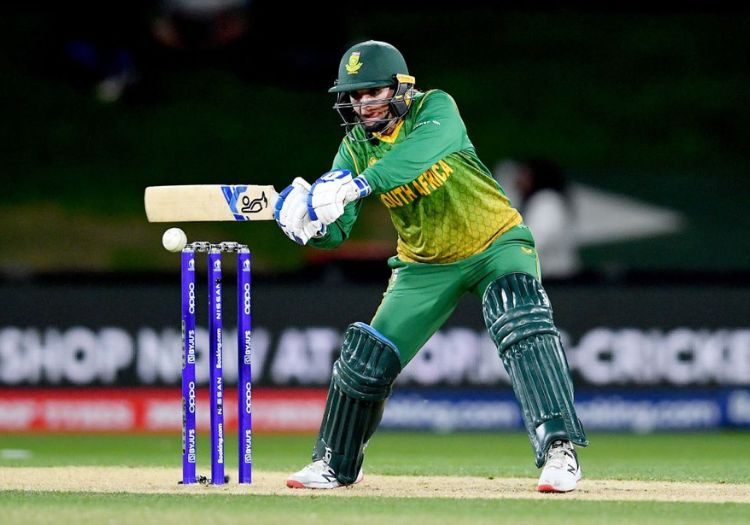 Leading the attack is, of course, Brunt. With 100-plus T20I wickets, a career economy below six an over, and the ability to control proceedings both in the powerplay and at the death, you'd be hard pushed to find someone better to lead the attack.

Skipper Sciver, herself a talented medium pacer and an increasingly valuable cog in England's bowling attack, offers stellar support while the economical Bryce, another right-arm medium pacer, is also available. Brunt, however, is the key threat.

It's all a little bit samey from Trent Rockets, with 18-year-old Alexa Stonehouse the only left-hander in the bowling attack (unless Kelly opts to deliver a few lefties, which she can do).

Their first-choice spinners – Glenn and King – are both leggies, but given their quality, you wouldn't skip a beat in fielding both players. If selected, 18-year-old off-spinner Emma Marlow offers a point of difference and is certainly making an impression in her first senior season - she took seven wickets and conceded 4.94 runs per over in the Charlotte Edwards Cup. Bryony Smith, meanwhile, is up there with Katie Levick as the best domestic spinner, picking up 25 T20 wickets and recording an economy of 5.81 for South East Stars.

Glenn is a master at targeting the stumps, miserly and building her way back to her best after taking a break from international cricket earlier this year.

It would be a bit of a gamble given her fiery temperament but 10 balls in a row from Brunt would get most batting orders quaking. If you want to really slow down the run rate, let Glenn or King bowl for an extended spell. Both players are controlled, economical and tricky.

Their spin department is exciting, their seam department – and it feels crazy saying this with Brunt and Sciver involved – less so. For starters, there's the small matter of Sammy-Jo Johnson's 15 wickets which haven't been replaced (plus a further six from Heather Graham). That's quite a chunk of wickets for leading quartet Glenn, King, Brunt and Sciver to share between them. Specialist pace bowlers Stonehouse and Sophie Munro, meanwhile, lack experience – neither player had started primary school when Brunt made her England debut! It's a good core but lack of depth and experience around the edges could come back to bite Trent Rockets. 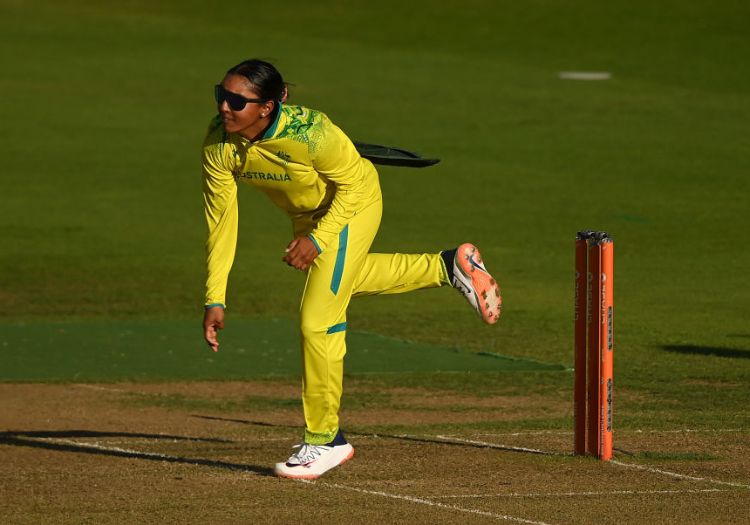 In terms of enthusiasm and animation alone, it's Brunt (see her boundary juggling act in the second T20I against South Africa for further details). She’s an aggressive outfielder and will give everything 100 per cent. Glenn also has a safe pair of hands.

Abbey Freeborn, who is also a handy middle-order batter, looks set to take the gloves in 2022 following the departure of Rachel Priest. Ella Claridge is her understudy.

Ground: Trent Bridge. A small ground which is well known for hosting absolute run fests in the men's game. It didn’t quite live up to that billing during the wome'’s Hundred – although part of the problem was Trent Rockets' lacklustre batting – but did see the third-highest total of the competition when Northern Superchargers posted 149 for 7 after Laura Kimmince smashed 31 runs from 13 balls. It could be a happy hunting ground for Kelly and Villani.