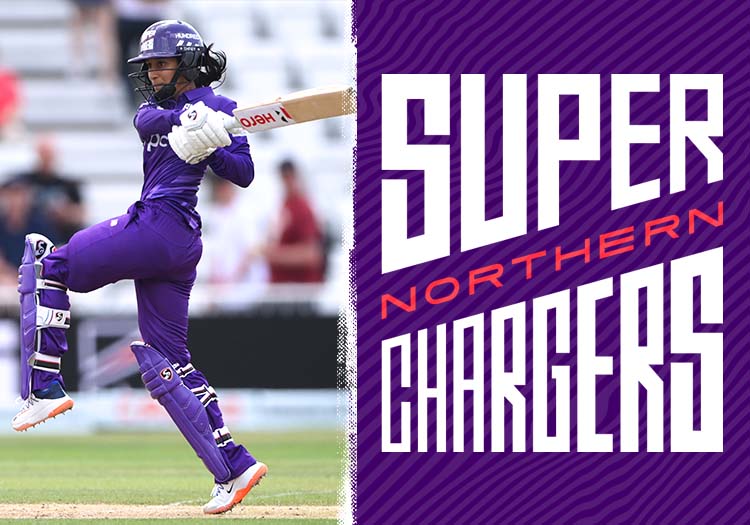 A 2017 World Cup winner and former England international, Dani Hazell takes charge of Northern Superchargers for a second season. Hazell also serves as head coach of Northern Diamonds, leading her side to three out of a possible four domestic finals. Last season, her Superchargers side finished sixth, winning three matches and losing four.

Alyssa Healy: After pulling out of the 2021 tournament, Alyssa Healy is back and ready to make her Northern Superchargers bow. The Australian, a multiple World Cup and Ashes winner, is a lightning quick wicketkeeper and powerful opening batter, scoring over 6,000 T20 runs at a strike rate around 130. In the Women's Big Bash, she is one of only seven players to score over 2,000 runs.

Jemimah Rodrigues: India international Jemimah Rodrigues lit up The Hundred in 2021, scoring 249 runs, including three half-centuries, at a strike rate of 150.90 and with a tournament-leading 42 boundaries. A pocket-rocket top-order batter, her partnership with Healy could be one of the highlights of the 2022 tournament. She doesn't bowl but is an athletic and agile fielder in the deep.

Heather Graham: The second Australian on Northern Superchargers' books. Allrounder Heather Graham may find opportunities limited given the calibre of the other three overseas signings but is a handy player to call upon. With the bat, she has scored over 1,800 T20 runs; with her right-arm medium pace she has picked up 112 wickets and recorded a career economy of 6.90. Representing Trent Rockets in 2021, Graham scored 125 runs at a strike rate of 132.97, collected six wickets and conceded 1.14 runs per ball.

Laura Wolvaardt: Like Rodrigues, Laura Wolvaardt was involved in the Superchargers set-up in 2021 and while she didn't have the same impact, she made an excellent fist of anchoring the batting line-up, scoring 181 runs (one half-century) at 36.20. An aesthetically pleasing batter, the 23-year-old South Africa international is not explosive but thanks to her List A average of 46.95 is the perfect foil for her more offensive teammates. 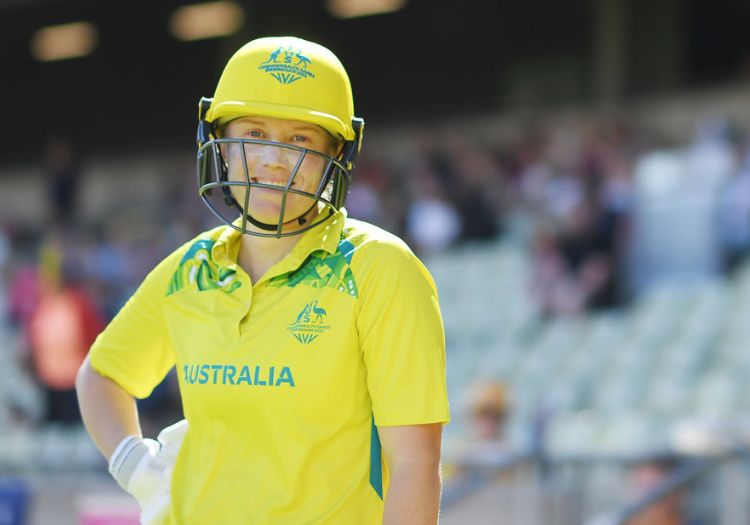 Jenny Gunn: Veteran allrounder Jenny Gunn sat out last year's competition to serve as Dani Hazell’s assistant coach but is back on field for 2022. A multiple World Cup winner and 259-cap England international, the 36-year-old adds valuable experience to Northern Superchargers' ranks and has shown no signs of slowing down on the domestic scene.

In nine T20 outings for Northern Diamonds, she has 13 wickets, an economy of 5.78 and a knack for picking up big wickets, while her composure and List A average of 37 makes her a stabilising presence lower down the order. Usually, if you want a job doing, Gunn is the player to do it.

Katie Levick: It's a constant surprise that Katie Levick doesn't have an England cap. The 31-year-old takes wickets for fun – she has 282 across List A and T20 cricket – and is economical to boot, boasting a career T20 economy of 5.72. In the past two editions of the Charlotte Edwards Cup, she has amassed 25 wickets (economy 5.78) – a haul matched by only Bryony Smith – and collected seven wickets (1.15 runs per ball) in The Hundred last year. The right-arm spinner is also highly versatile, looking equally at home in the powerplay and at the death as in the middle overs.

Healy and Rodrigues have the potential to be a devastating opening duo. The former is among the game’s biggest hitters – only Sophie Devine and Ashleigh Gardner have hit more sixes in the WBBL while two-thirds of her runs in the competition have come from boundaries (349 fours, 61 sixes).

Rodrigues struck 41 fours in last year's tournament while her T20 strike rate of 118.24 does her explosivity an injustice. Both players are, however, a little bit all or nothing with the bat.

Northern Diamonds wicketkeeper Bess Heath, a Healy in the making, is also no slouch when it comes to exploding out of the blocks as demonstrated during her 40-ball 58 against Thunder at Chester around 12 months ago.

Wolvaardt. The South African is by no means a slow scorer – her T20I strike rate is around 110 – but favours placement over bludgeoning. A calm presence to support Healy and Rodrigues and enable players lower down the order to play expansively. Gunn also possesses a steady head and will likely float up and down the order as the situation dictates.

Depending on where she's used in the order, Heath is a candidate here. Perhaps a more left-field suggestion is Beth Langston. Though not classed as an allrounder, Langston has bailed Northern Diamonds out of a jam on more than a couple of occasions. In last year's Rachael Heyhoe Flint Trophy, remember, she scored 141 runs at a strike rate of 130.55 – pinch-hitter potential?

Northern Superchargers bat deep and are blessed with a host of experienced names from the domestic circuit, including Hollie Armitage, Alice Davidson-Richards and Linsey Smith – players who can all hold their own with the bat – so a lengthy tail is not a problem. However, beyond the top four, their explosivity does drop away.

Hopefully, playing Wolvaardt as an anchor will encourage the middle order to express themselves, otherwise Superchargers could struggle to blow their opponents away. Lauren Winfield-Hill's departure (Oval Invincibles) doesn’t help either. 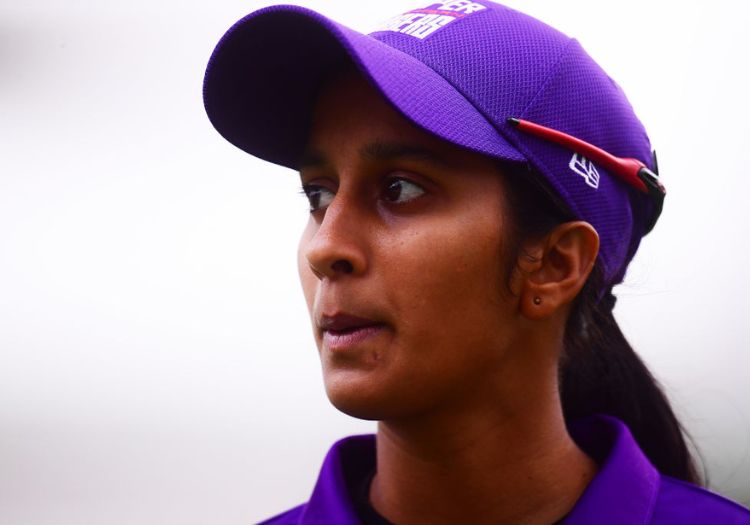 Langston was restricted to just two matches in The Hundred last season but is a proven white-ball performer, collecting 53 wickets and conceding 6.25 runs per over in 91 T20s. She has 31 wickets in all appearances for 21 outings for Northern Diamonds.

Fellow right-armers Davidson-Richards and Gunn are experienced heads, with the former picking up seven wickets for the Superchargers last year, while Warwickshire’s Liz Russell and Australia international Graham are both economical.

It's a very right-arm heavy attack, with Slater (who is unlikely to get much of a look in) and Linsey Smith the only lefties. However, their spin department – of which Smith is a crucial cog – is exciting.

In Smith, Levick and young Kalea Moore – who took four wickets and conceded 1.16 runs per ball – they boast a left-arm orthodox, a right-arm leggie and a right-arm off-break bowler, giving them variety in abundance. Levick, as mentioned, is economical and a nuisance throughout an innings while Smith's impressive domestic form earned her a gig in the WBBL last season – in the women’s Hundred alone she collected nine wickets and posted an economy of 0.92.

For an idea of the havoc Levick and Smith can inflict, against Thunder at Sale, the Northern Diamonds duo collected six wickets in the final 2.1 overs to trigger a collapse from 136 for 1 to 147 for 7.

Smith oozes economy and control and can be relied upon to hit her mark time and time again.

This one for the experienced bowlers and you'd back Levick, Smith or Langston to deliver a productive 10-ball spell. If she’s on a roll with the ball, Gunn could change the game with a 10-ball set.

Once again Northern Superchargers have invested heavily in their batting line-up and while they’re not short on pace options – Langston and Gunn, in particular, are quality operators – there is a stark dip in experience and star quality compared to the spin attack.

Their failure to recruit an additional pace-bowling allrounder to play alongside Davidson-Richards in the middle order – in a dream world, Nat Sciver – is an obvious hole, they don’t have an express pacer, and with Graham unlikely to replace one of Healy, Rodrigues or Wolvaardt in the XI, they’re likely to be heavily reliant on spin. 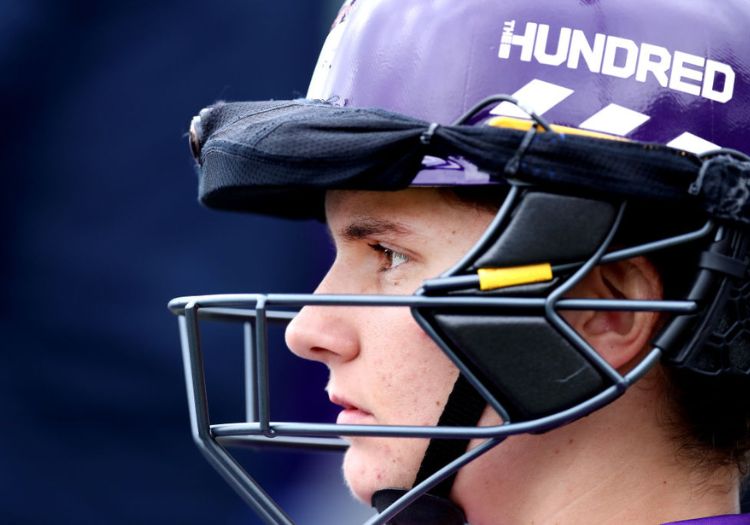 Rodrigues is an asset in the outfield thanks to her energy, athleticism and speed. Armitage also has a safe pair of hands.

With 136 catches and 141 stumpings across her T20 career, it’s almost certainly going to be Healy. However, if she fancies sharing some of the responsibility around the team, young Northern Diamonds wicketkeeper Heath, herself an aggressive white-ball batter, is waiting in the wings.

Ground: Headingley. In the men's game, it is traditionally a high-scoring ground, with the average first-innings score hovering around the 190-mark. In last year's women's Hundred, the fourth-highest score of the competition – 147 for 4 (Birmingham Phoenix) – was scored at the ground while there were three other totals of 130 or more. Fifty six per cent of the wickets were taken by spinners while seamers collected around 39 per cent.