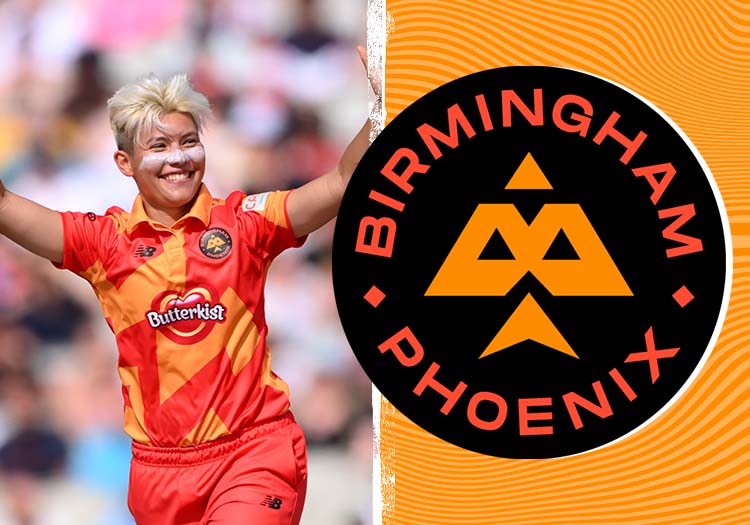 Recently installed as New Zealand women's head coach, Sawyer enjoyed success in the head coach role at Sydney Sixers in the WBBL. He won two titles with the Sixers, in 2015-16 and 2018-19.

The vastly experienced New Zealand international offers a considerable presence at the top of the order and a wealth of experience out on the field. She is the current captain of the White Ferns, having taken over from Amy Satterthwaite in 2020. She takes over from Amy Jones, who led the side in the Kiwi's absence in 2021.

Sophie Devine: Devine is one of the leading batters in world cricket. A destructive opener, with a career T20I strike rate over 120, she has the capacity to get an innings off to a flyer. She is in-form, too, having finished the Commonwealth Games campaign as the tournament's second highest run-scorer. More than useful with the ball, too, with more than 200 international wickets - how much she will need to chip in here is unclear. Phoenix have a lot of options.

Sophie Molineux: The Australian slow left-armer has not had a great deal of gametime since the conclusion of the WBBL but still represents an excellent option with ball and bat. Expect her to be out of this side more than often, with Phoenix possessing a handful of very useful domestic spinners. 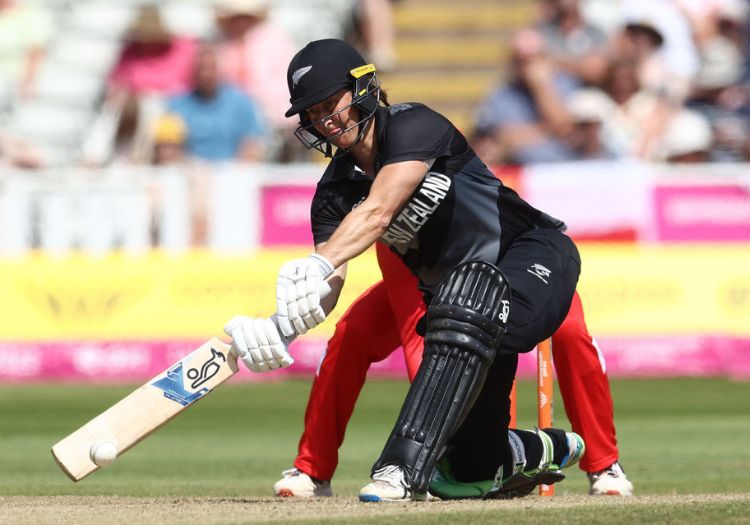 Ellyse Perry: One woman who needs very little introduction. The Australian allrounder's star might be waning, but she has been an iconic part of an iconic, dominant team over the past decade. A naturally gifted sportswoman, who also represented her country at the football World Cup, Perry is not as powerful as many of the new breed of women's short-form batters but can still time the ball beautifully and, if fit, offers a seam option.

Deepti Sharma: The second bowling allrounder in Phoenix's overseas recruits, Sharma is a traditional off-spinner with 67 T20I wickets to her name. She claimed 10 wickets for London Spirit in 2021, at an economy rate of 88 - it is that control which may see her get the nod over Molineux. But she is not a natural ball-striker when it comes to batting, with a career T20I strike rate of 84.

Amy Jones: The wicketkeeper-batter has made the position in the England side her own since the retirement of Sarah Taylor. Had a modest return in terms of runs in The Hundred last year (167), but her strike rate of 155 showed just how impactful she can be. Expect her to be used in the middle order, and perhaps as a finisher, but Jones can easily move up to open and demolish opponents in the powerplay.

Issy Wong: The poster-child of the new era of English women's cricket was a breakthrough success in 2021 and has since gone on to make her international debut in all formats. Wong is quick, has variations, and while still a teenager speaks about the game in the words of a seasoned veteran. She is a proper talent, and knows how to put on a show. Watch out for her influencing the game both in the powerplay and at the death.

Devine has the ability to pulverise an opposition early in an innings, while Amy Jones is likely to be used in the middle order to fulfil the role at the death. Jones, as mentioned, struck at 155 last year. Only one other woman with 100-plus runs scored quicker in the competition - Dani Gibson at London Spirit.

Eve Jones managed 223 runs from the top of the order in 2021, but hit them at 118s. She could well play the same role for Phoenix in 2022. Perry also has the capacity to perform whatever the anchor role is in 100-ball cricket. The beautiful thing about this Phoenix top six is that they could all feasibly swap roles depending on circumstances. Georgia Elwiss, the former England international allrounder, can offer extra stability.

Amy Jones and Perry coming in through the middle overs and death is a pretty demoralising prospect for any team which has not dealt with Devine in the powerplay.

Gosh, not a lot. This is a strong top five. And it can be bolstered by including either the Dutch international Sterre Kallis or Davina Perrin - the 15-year-old graduate of the ACE scheme of whom much is expected. There is ability and experience on both the overseas and domestic fronts - which not all Hundred sides can shout about. 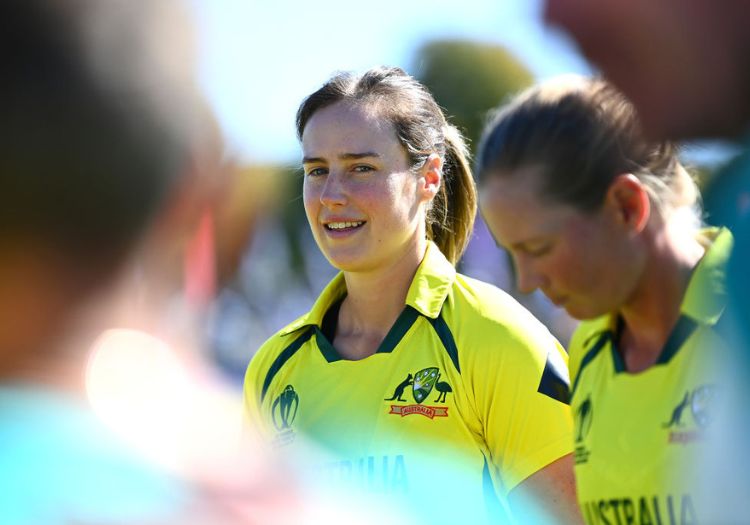 Emily Arlott broke into the England setup last summer but hasn't been able to go on, with others overtaking her for selection. Wong is the star of the show, mixing genuine pace with intelligent variation at the crucial junctures. Perry, Devine and Elwiss all have bags of experience, domestically and internationally, to call upon.

Devine and Perry are pretty much nailed on to play every game, so Molineux and Sharma will compete to fill the overseas spinner role. Whoever gets the nod will be backed up by Kirstie Gordon - a slow left-armer who played for England at the 2018 T20 World Cup but hasn't appeared since - and Scottish international Abtaha Maqsood.

Wong would be the immediate suggestion, though with so many riches at her disposal, it's entirely possible Devine will steer clear of giving batters any sense of consistency at the crease.

Hmmm. Like the batting, Phoenix's recruitment in the bowling department means most bases are covered. 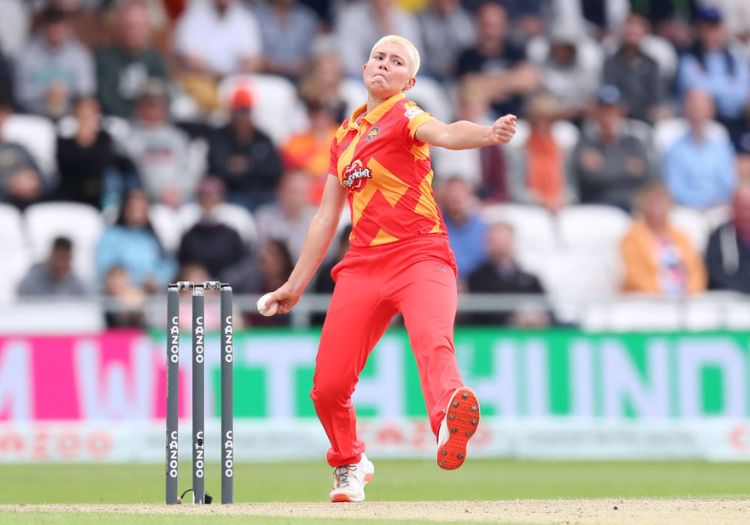 England No.1 Amy Jones. She learned everything she knows from Sarah Taylor, which is pretty much the best education any wicketkeeper in the world could hope for.

Changes from 2021: Shafali Verma was at Phoenix in 2021 but did not get a Hundred gig this time around. Marie Kelly, a destructive allrounder, moved over to Trent Rockets. Erin Burns and Katie Mack are replaced by Devine and Perry. Long story short: the squad has got considerably stronger.

Ground: Edgbaston. The mecca for short-form cricket in England and Wales. As long as the groundstaff don't expire from exhaustion - Tests, Blast, Hundred, Commonwealths, Championship... it really all is a bit much - expect a true wicket and the capacity for fast runs.

Sound from the ground: Kofi Stone, Big Image and Jordan Mackampa are all due to perform at Edgbaston during the competition.